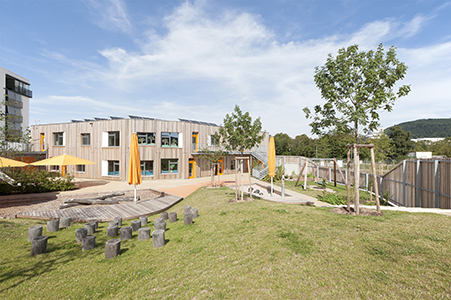 Insitutional design, most especially for preschools and daycares, is largely, non existent in Nigeria. Most of the time, preschools are seldom purpose built and tend to be conversions or renovations. Don’t get me wrong, there are a few purpose built schools in the country but they tend to lack in terms of design and the requirements seem to conflict with the intent. While I understand the economic concerns that surround such a thing, it would be nice to see more intentional design that actually seeks to cater to children and what they need.

Behnisch Architekten have created a good example of what a larger urban style of this could be, albeit in a German context. 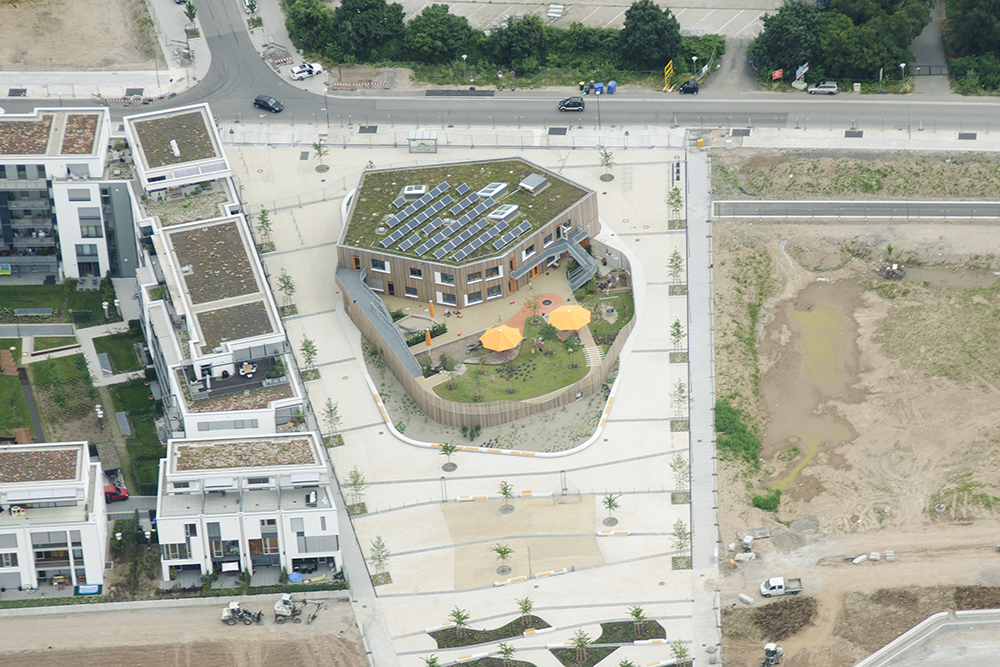 Its a Children’s Daycare Centre located in the Public plaza of Schwetzinger Terrasse. To them, the Daycare center is a place of social encounter, which plays an important role in society and public life. Hence, this Daycare has been designed to be attractive and welcoming. 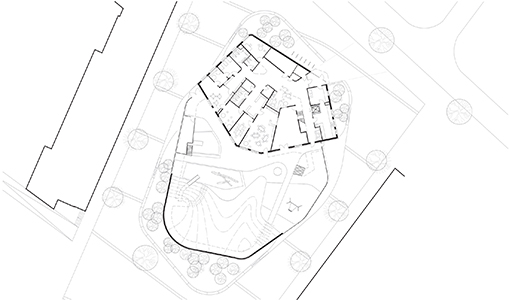 Its unique shape and location is meant to resemble an island, surrounded by a ‘sea’ of concrete paving sliced by strips of vegetation. Its well lit by natural daylight in the generous entry lobby and within the classrooms on the first floor full of groups of children. Other spaces like the reading room, science room, music room and a workshop are also accommodated on this floor all facing the open common areas. The most prominent feature of the design would be the outdoor play garden at the south of the building which they described as having a “protective belt” around the building, in form of an undulating fence of wooden slats. 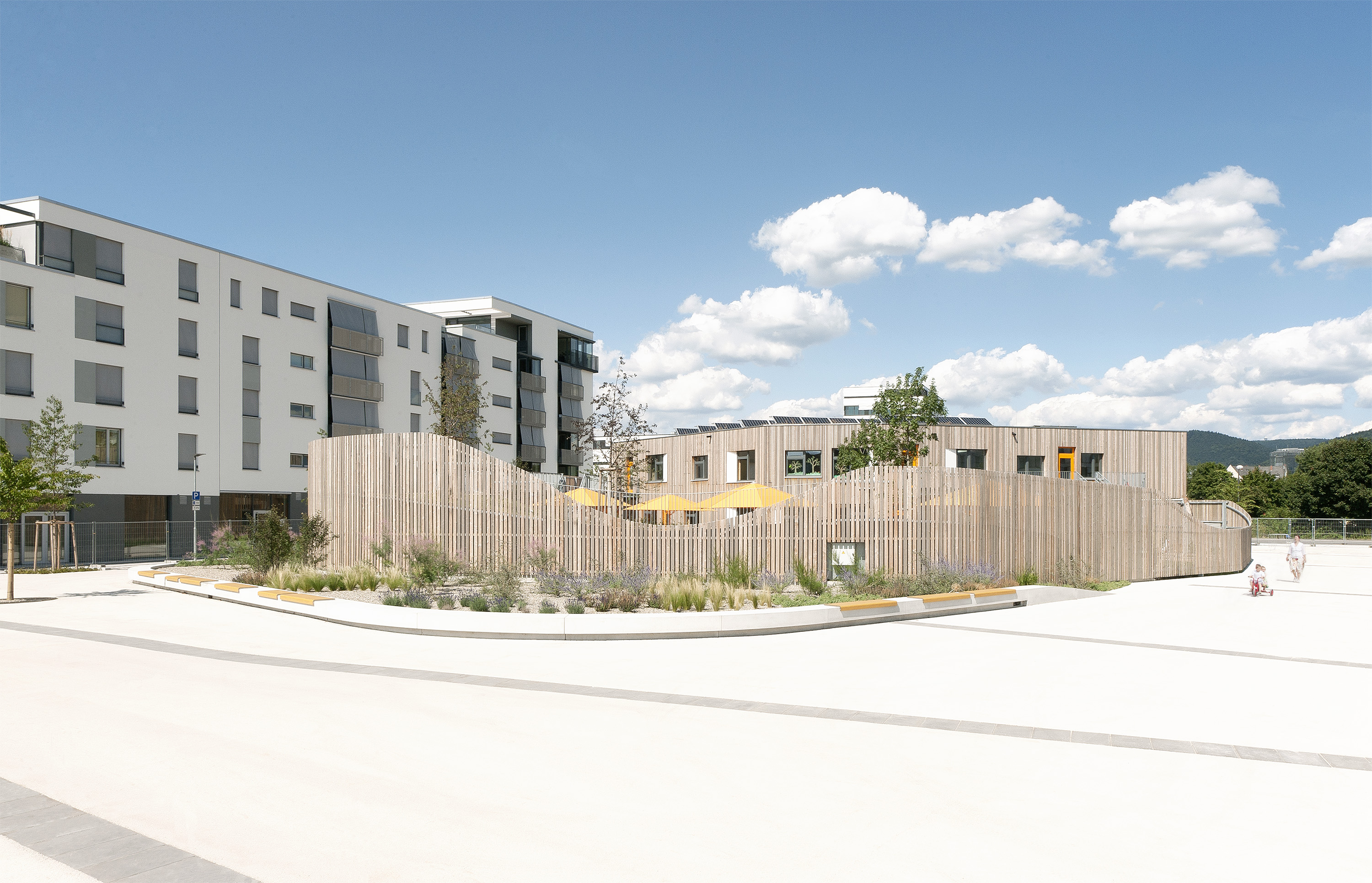 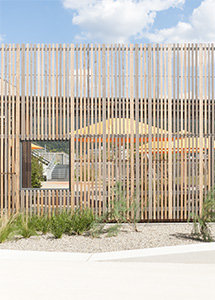 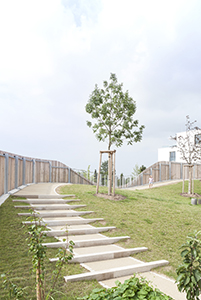 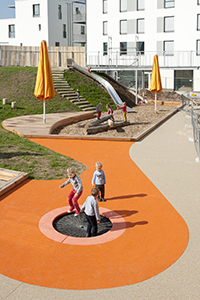 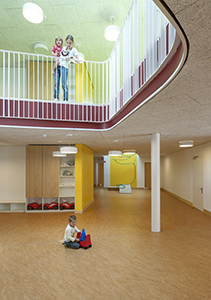 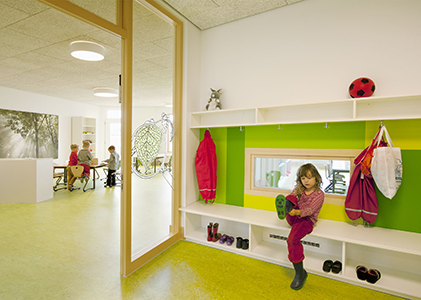 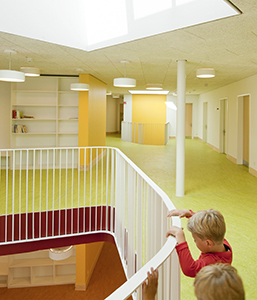 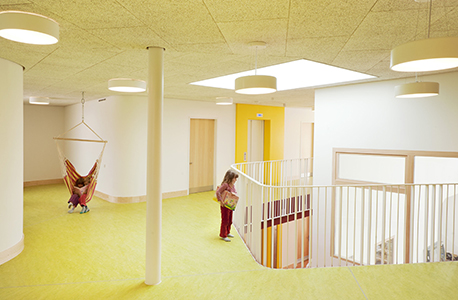 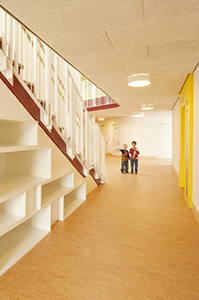 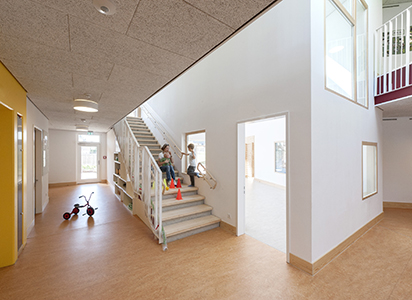 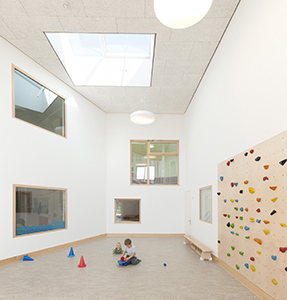 Its simple and deliberate, with a clear intent and masterful execution. The spaces are large and bright, well ventilated and supremely conducive for learning, with a large garden that is sure to have the kids running and jumping with joy.