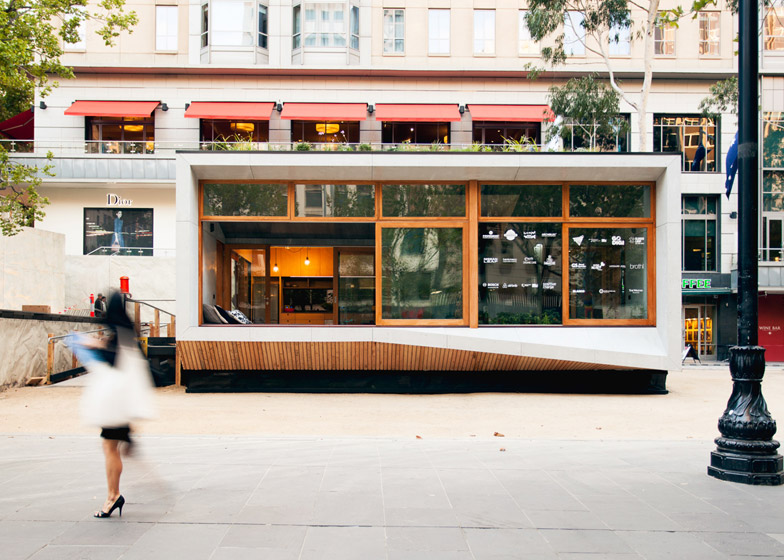 Still on my quest to fill the gap for middle class housing in Nigeria, I’ve come across what is described as a modular, prefabricated carbon positive house in Melbourne Australia, referred to as the Archi+ Carbon Positive House, designed to produce more energy than its uses – over its lifespan.

The prototype building is work of Modular buildings specialist ArchiBlox and features “edible garden walls”, a sunroom and an insulating grass roof. They describe it as the world’s first carbon-positive prefabricated house.

The living spaces have been efficiently designed to be as compact as possible, saving both space and energy. A combined lounge, dining area and kitchen sit on one side, while a wall of cupboards screens a bedroom with an adjoining bathroom. 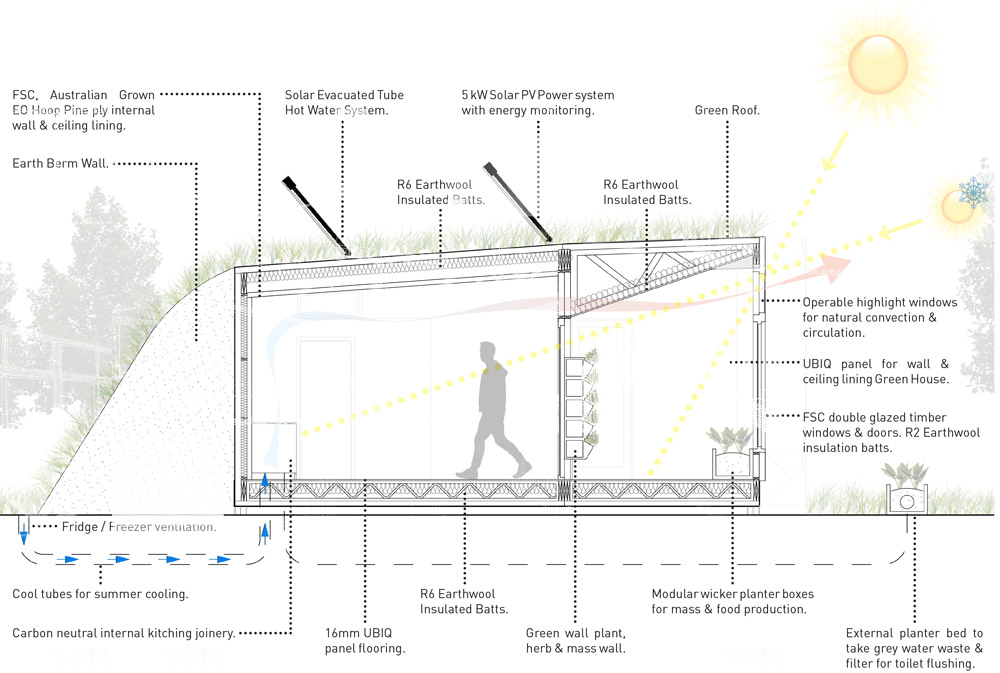 The sunroom plays an important role in the functionality of the building spanning the width of the building, to create a buffer zone between the exterior and the living spaces. Designed to be north facing, this room creates a pocket of warm air that will help to insulate the interior during the cold winter months, but will also protect the main living spaces from harsh sunlight in summer. They refer to it as the “lungs of the house”. While we don’t have winter in our tropical climate, the idea of a sunroom still holds some relevance as it could assist in balancing the thermal comfort of the home.

At the rear of the space, one wall is covered in plant pots that residents can use to grow their own herbs and vegetables. 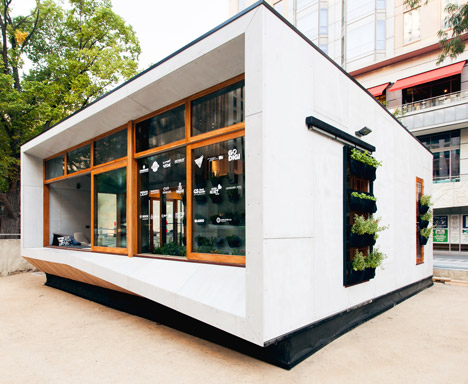 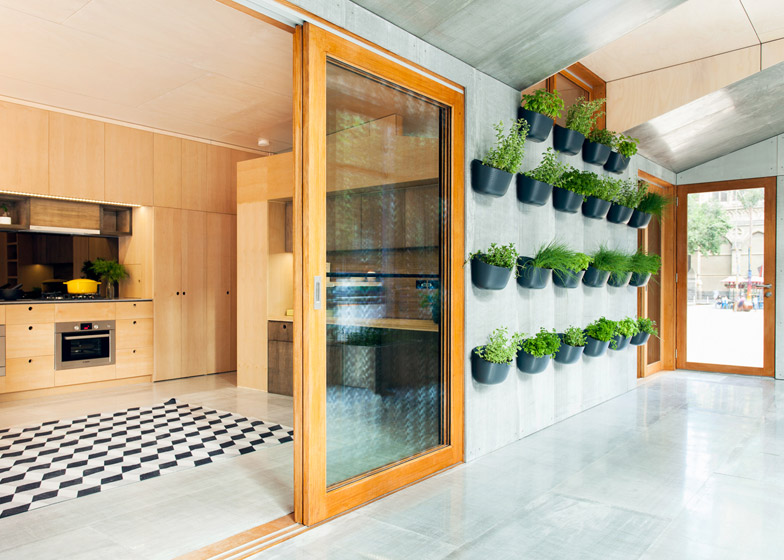 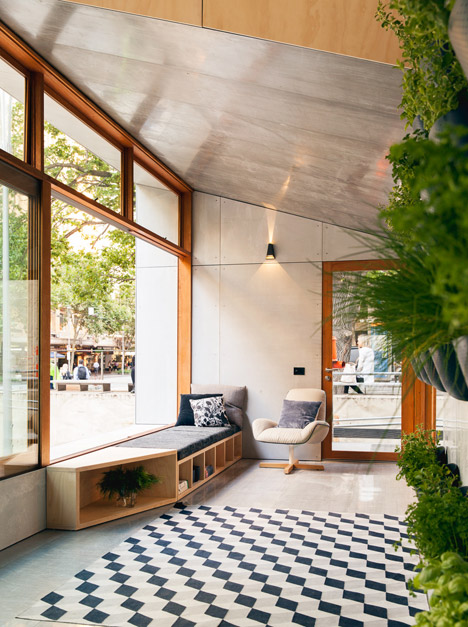 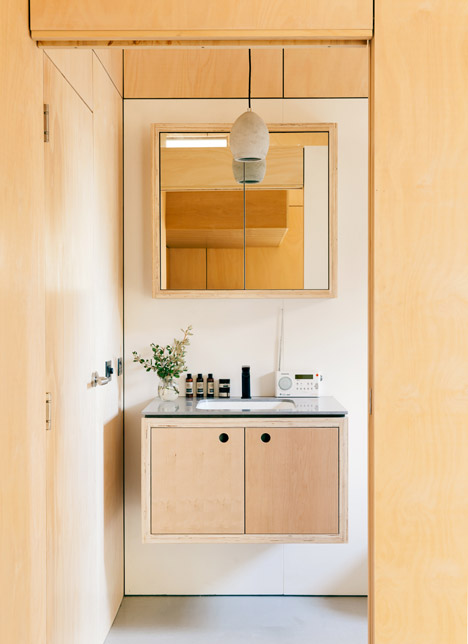 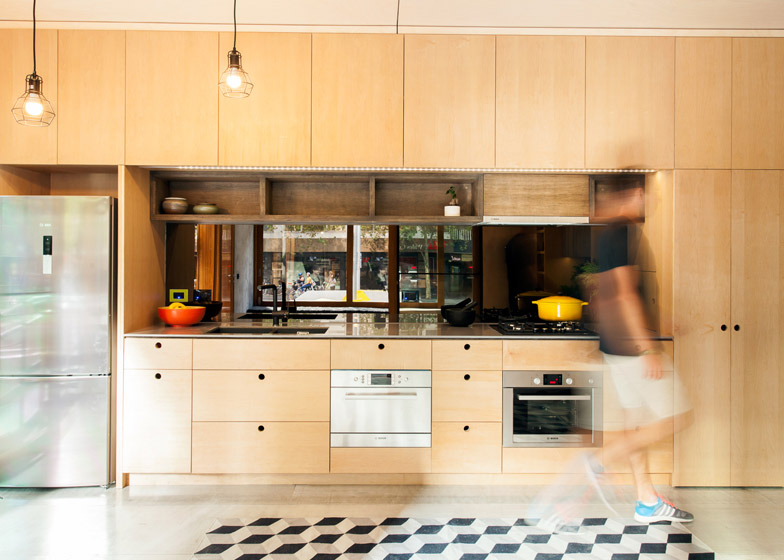 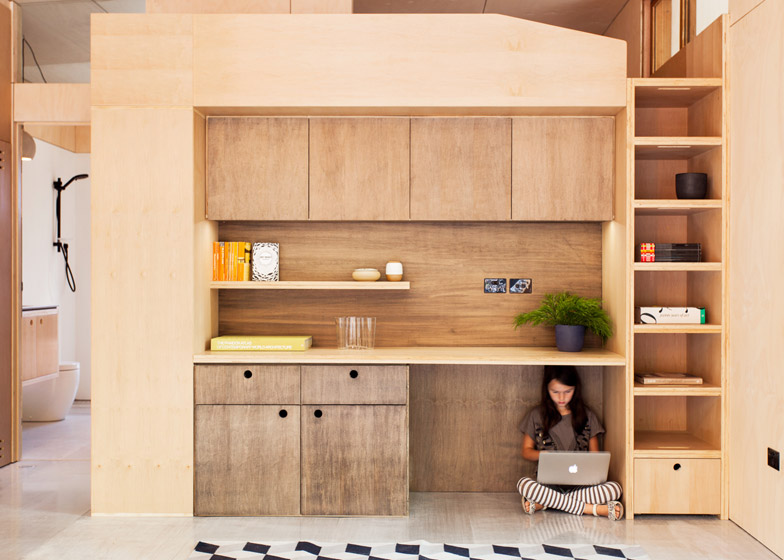 The house has been designed to make use of solar power through a series of roof-mounted photovoltaic panels, along with Rainwater recycling to reduce water consumption and a grassy green roof to provide a layer of insulation.