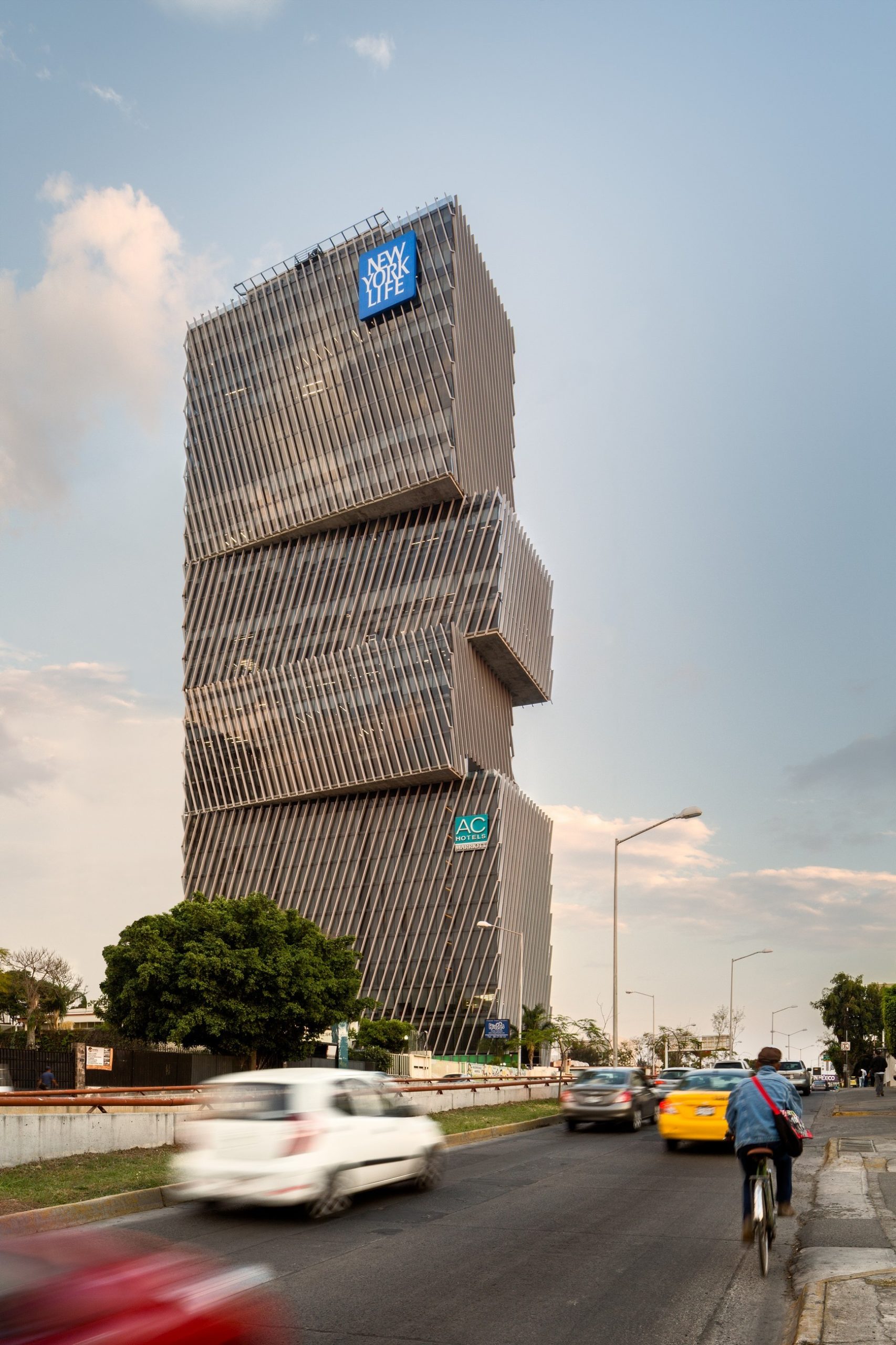 Americas 1500 mixed use tower in Mexico by Sordo Madaleno Architects

This mixed-use project for offices and a hotel is located in the heart of the city of Guadalajara. Its formal, emphatic, and unified volumetrics express its iconic nature.

The formal concept arises from the mixed-use character it will acquire, consisting of four stacked geometric volumes. Two of these are slightly offset, and exactly aligned on the rear face. These gestures of displacement are designed to interrupt the robustness of the building and express an elegant sense of movement. The lowest volume houses the hotel, and the three volumes above it are allocated to office use by three different corporations, each occupying one volume in its entirety.

As a response to its urban context, adjacent to one of the city’s most significant urban highways, Americas Ave., the building presents a façade resembling a double skin, enveloping it for its protection. The solar gain the building will receive on three of its four sides was one of the most significant design challenges. For this reason, the faces respond to this need with recessed aluminum framing, in the style of a curtain wall, specifically designed at the correct angle to create shadows and avoid excessive solar gain. On top of this, the building uses double glazing offering a high degree of solar protection. The purity and repetition of the lines of the façade grant it unique and timeless qualities that enhance its iconic character. As a result, it is the first building of this type in the west of the country to receive LEED certification. 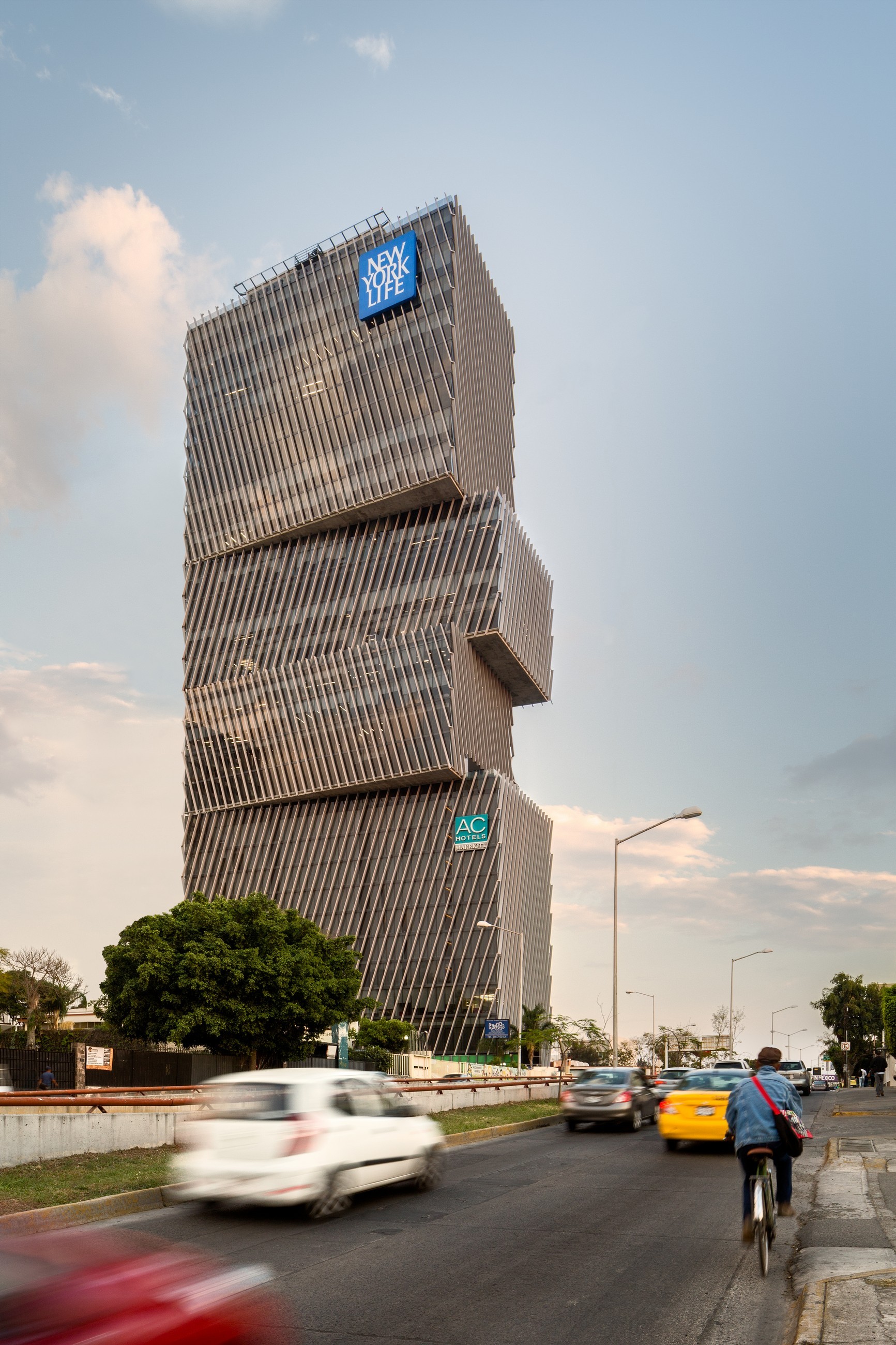 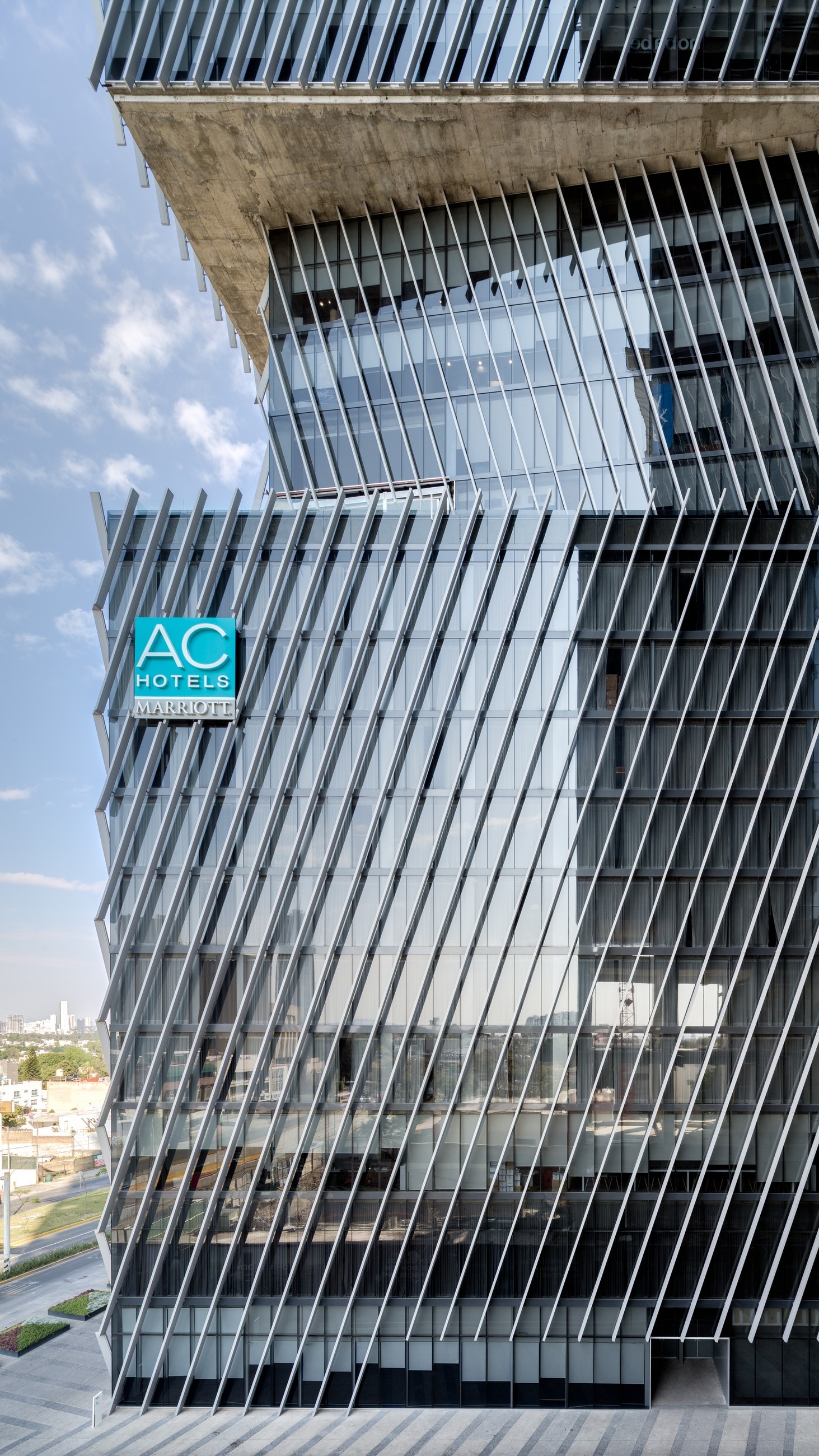 The ground floor is conceived as a plaza, a large public space, providing access and transit for the building’s various uses. A triple elevator core facilitates the operation of the hotel, offices, parking lot, and services. The vehicular and pedestrian entrances are set in a large plaza with textures and vegetation giving pedestrians priority over cars. The 2/6 dominant textures used in the floor surface are natural limestone, which continues the geometry of the façade across the ground, with randomly-placed areas of paving. As for the scope of the interior design of the tower, the spaces projected by the office were exclusively: the office lobby, elevator halls and office bathrooms. 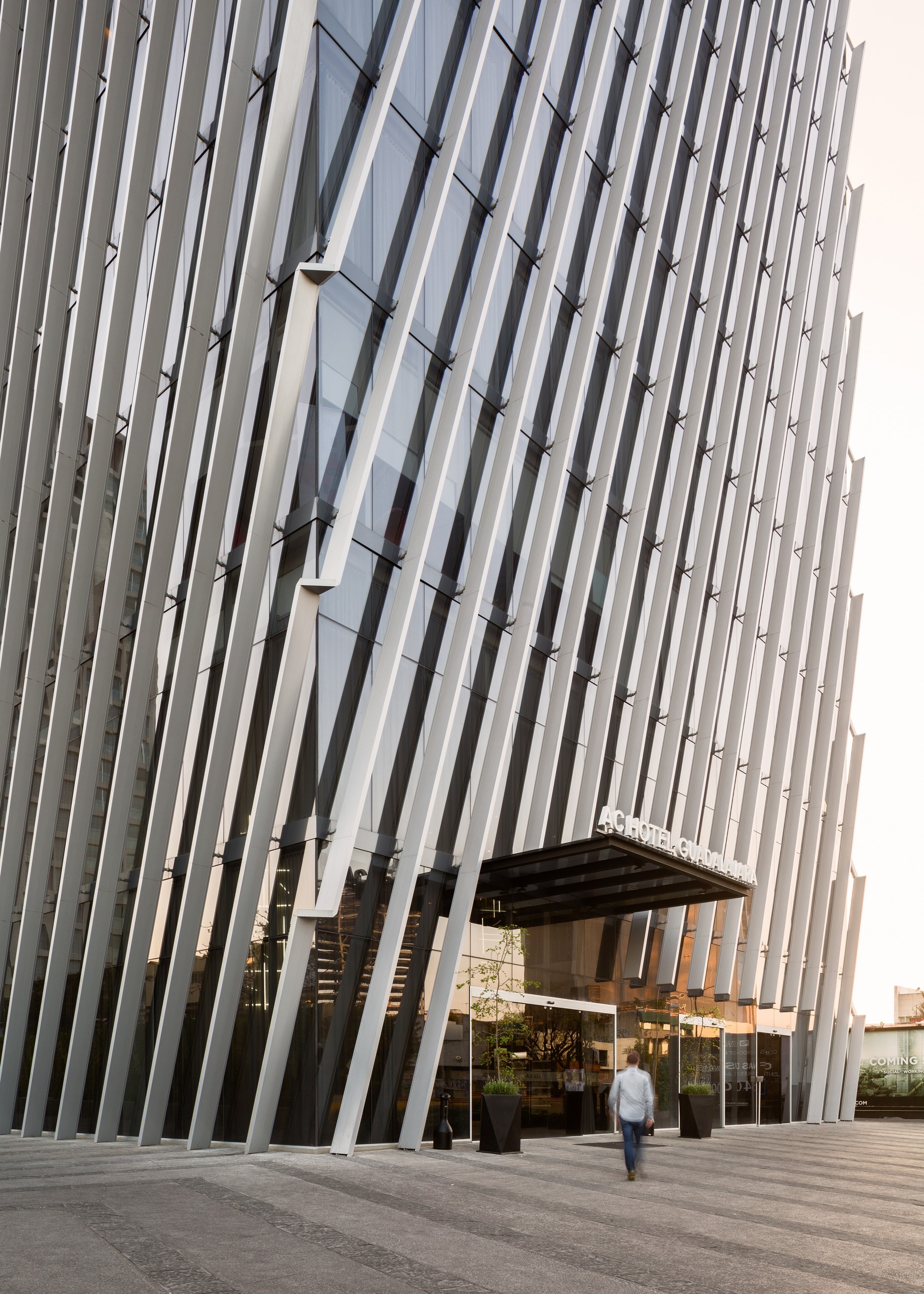 Torre Américas 1500 is the first stage of development of a whole complex. This first stage is located on a site measuring 4,116 m², with a built area of 29,461 m² distributed over 28 floors from the ground floor to the last office level, below the heliport. There are 7 basement levels covering a total of 28,509 m². The structural design is based on post-tensioned. 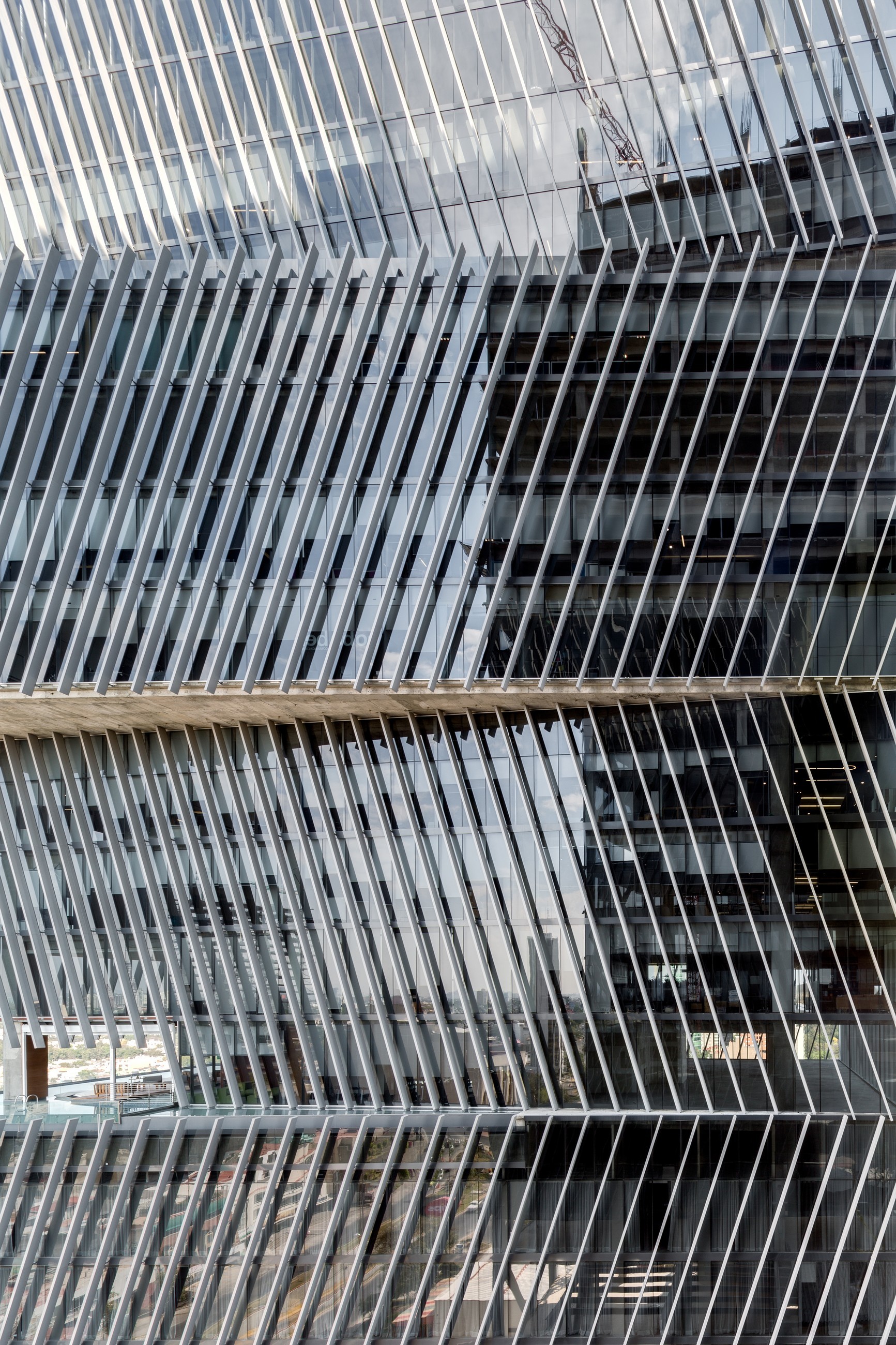 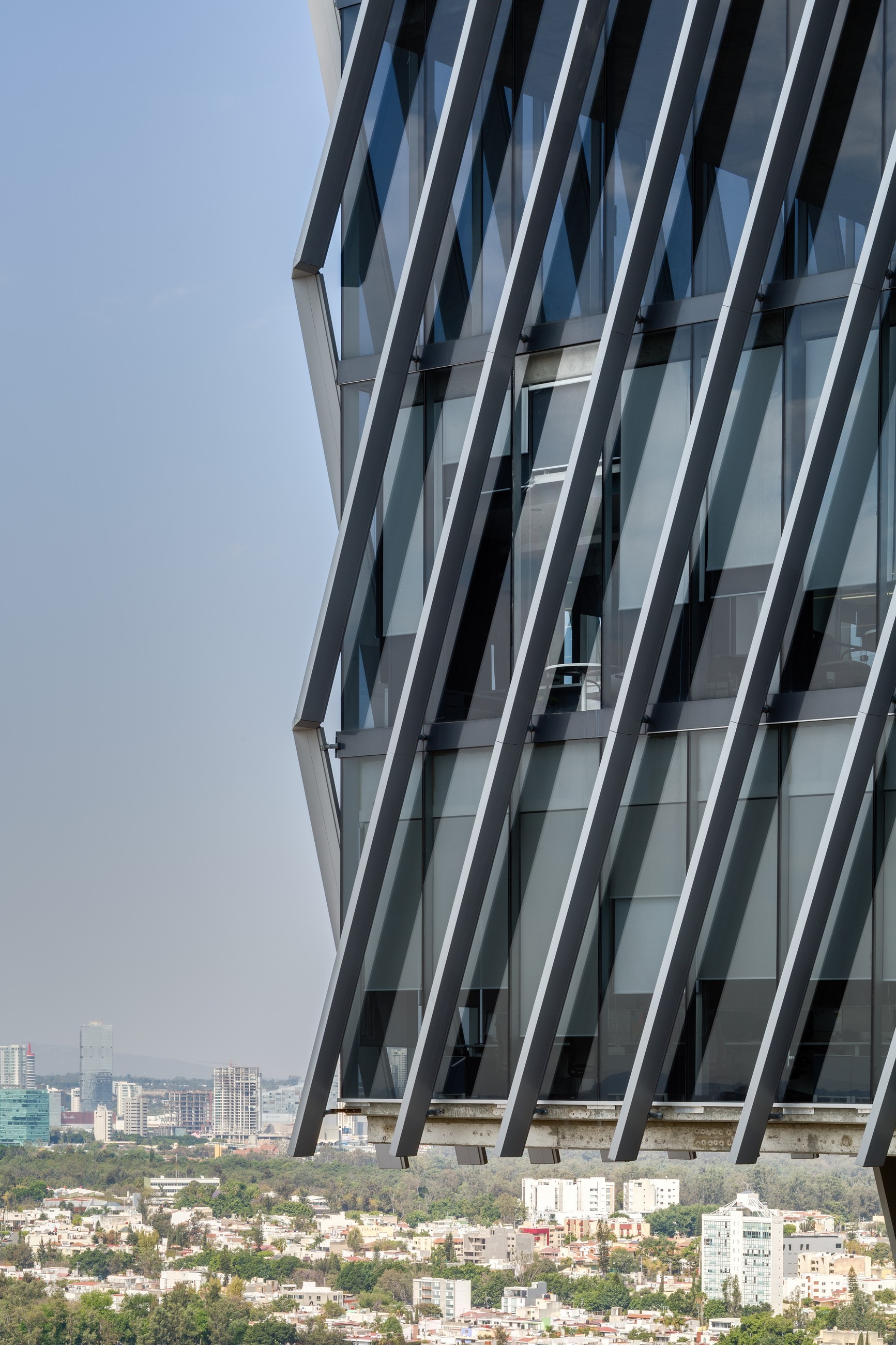 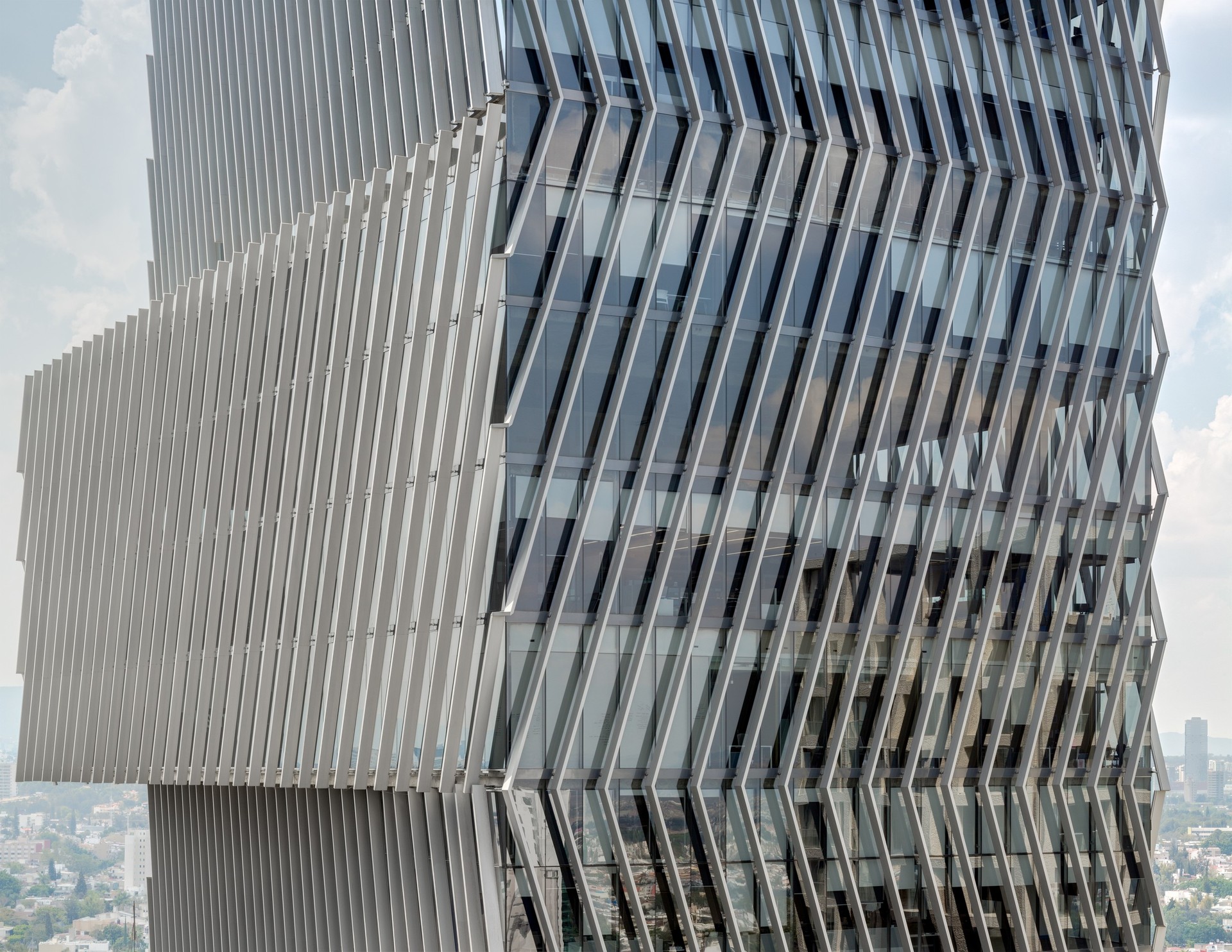 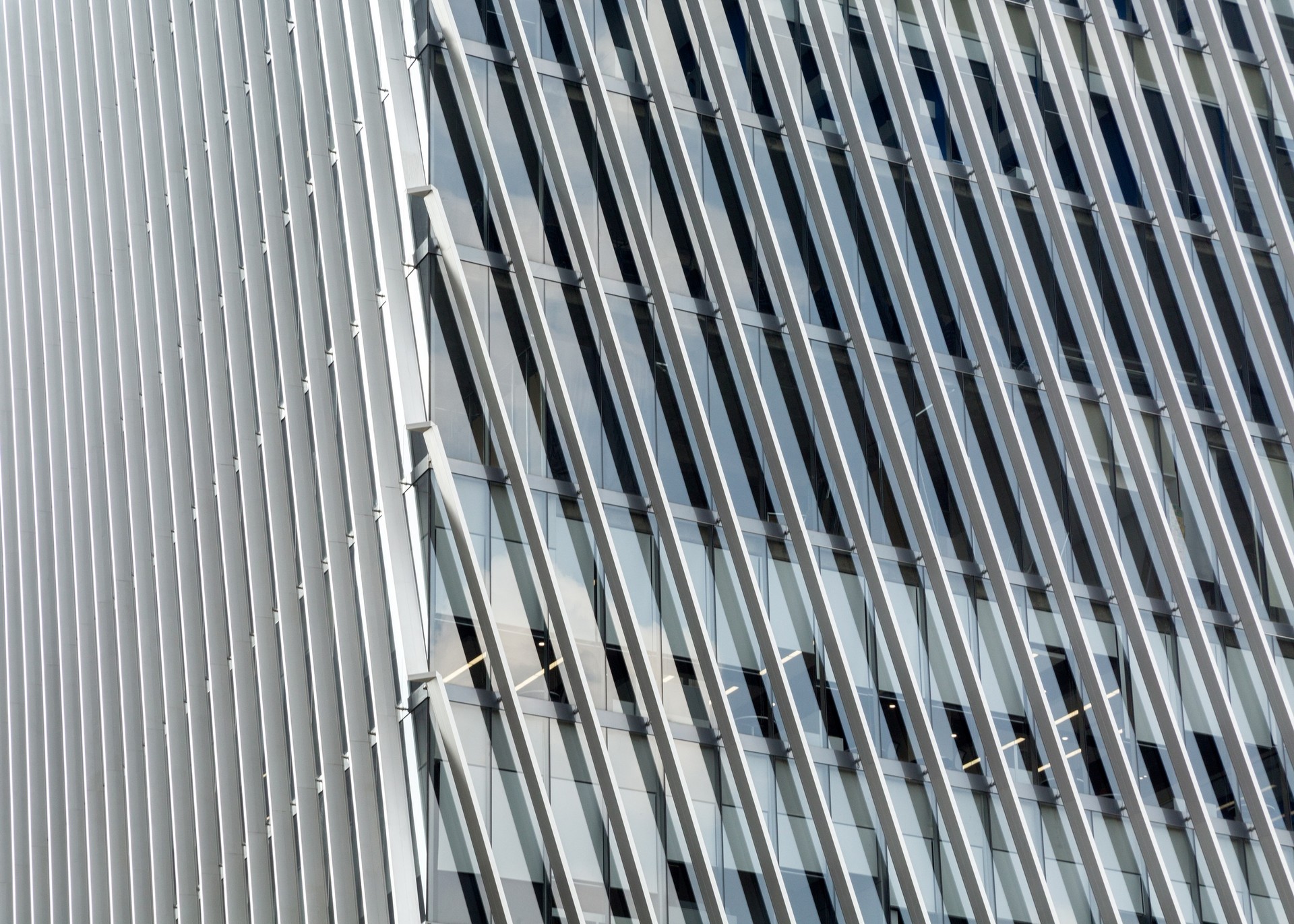 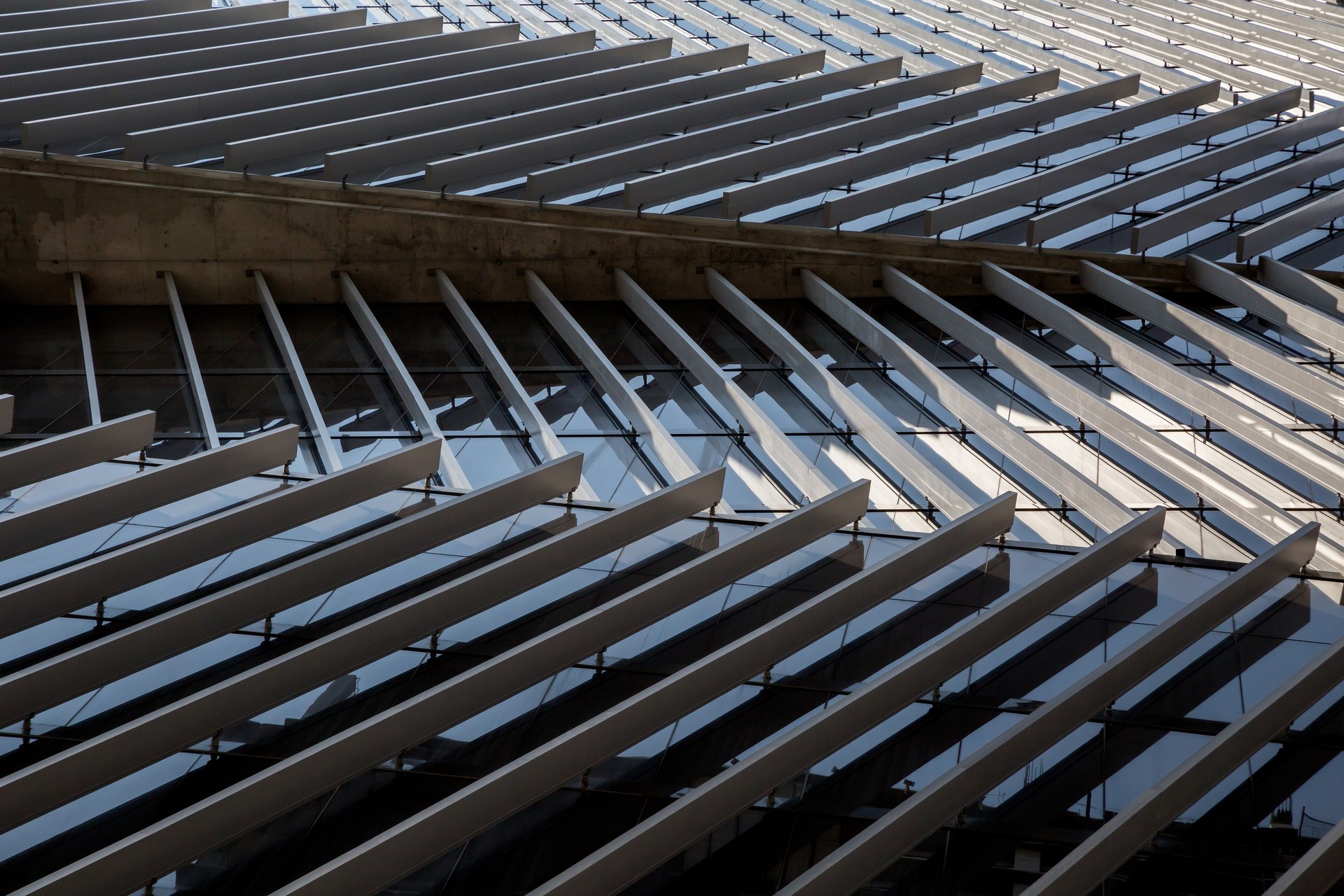 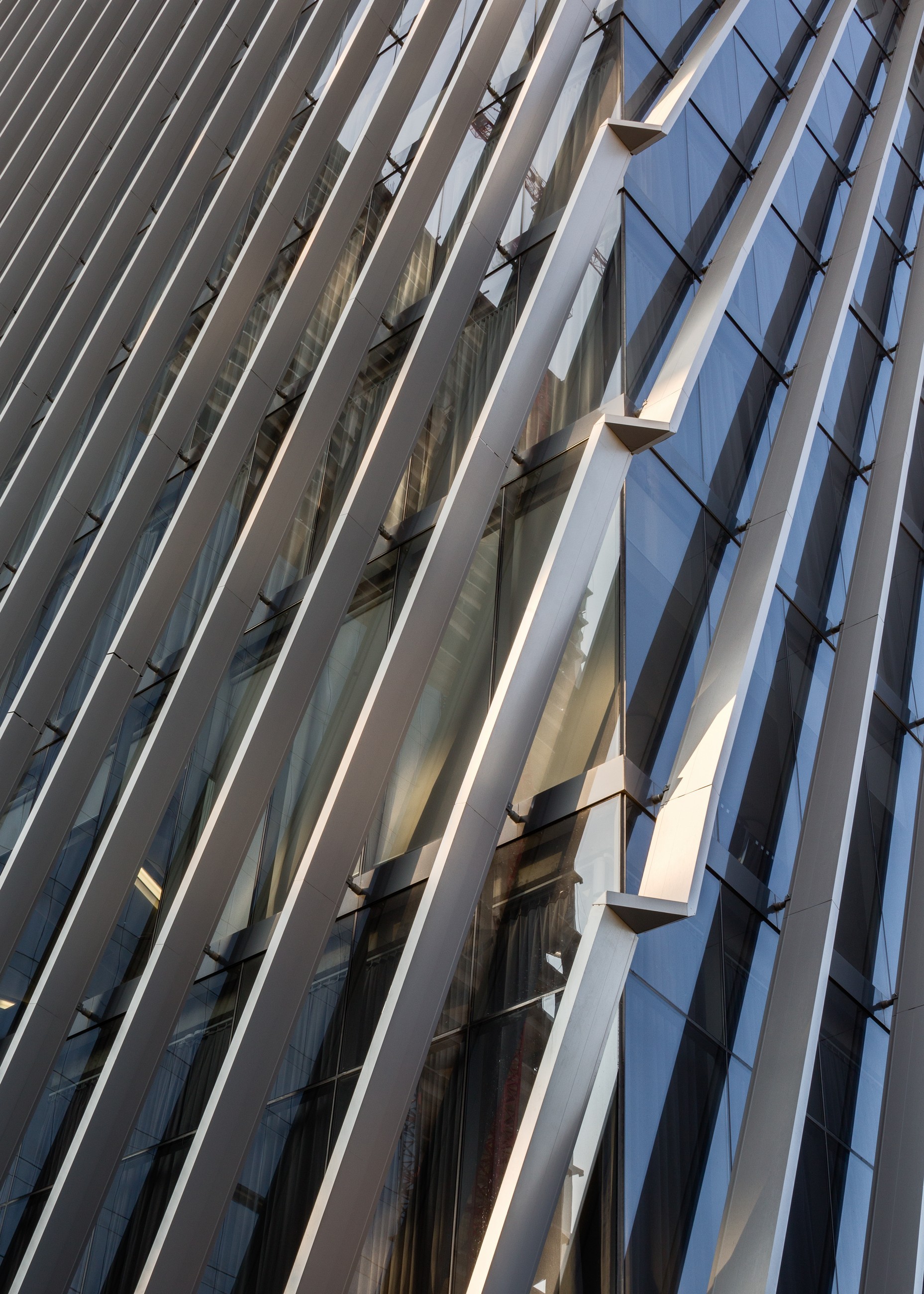 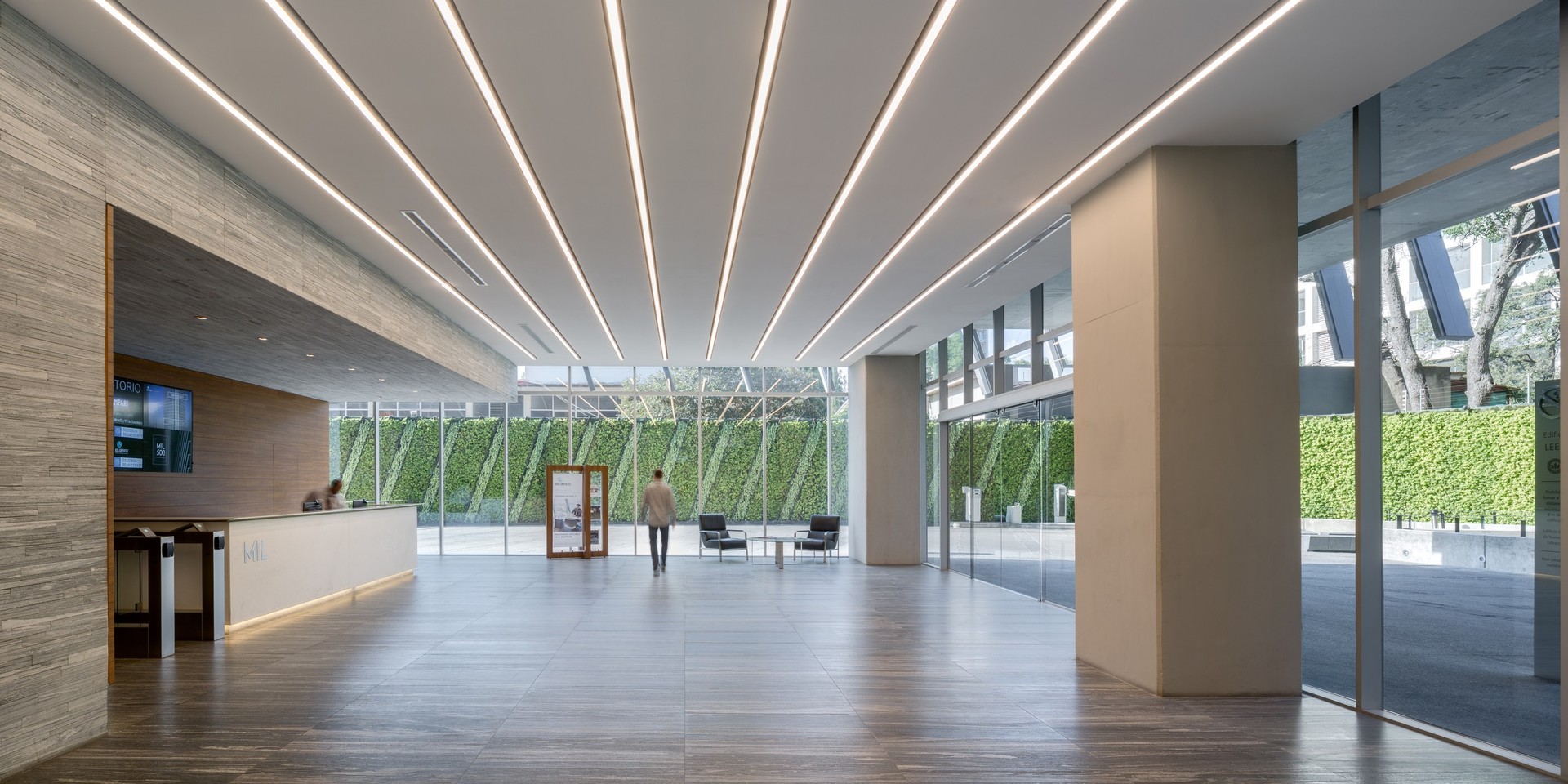 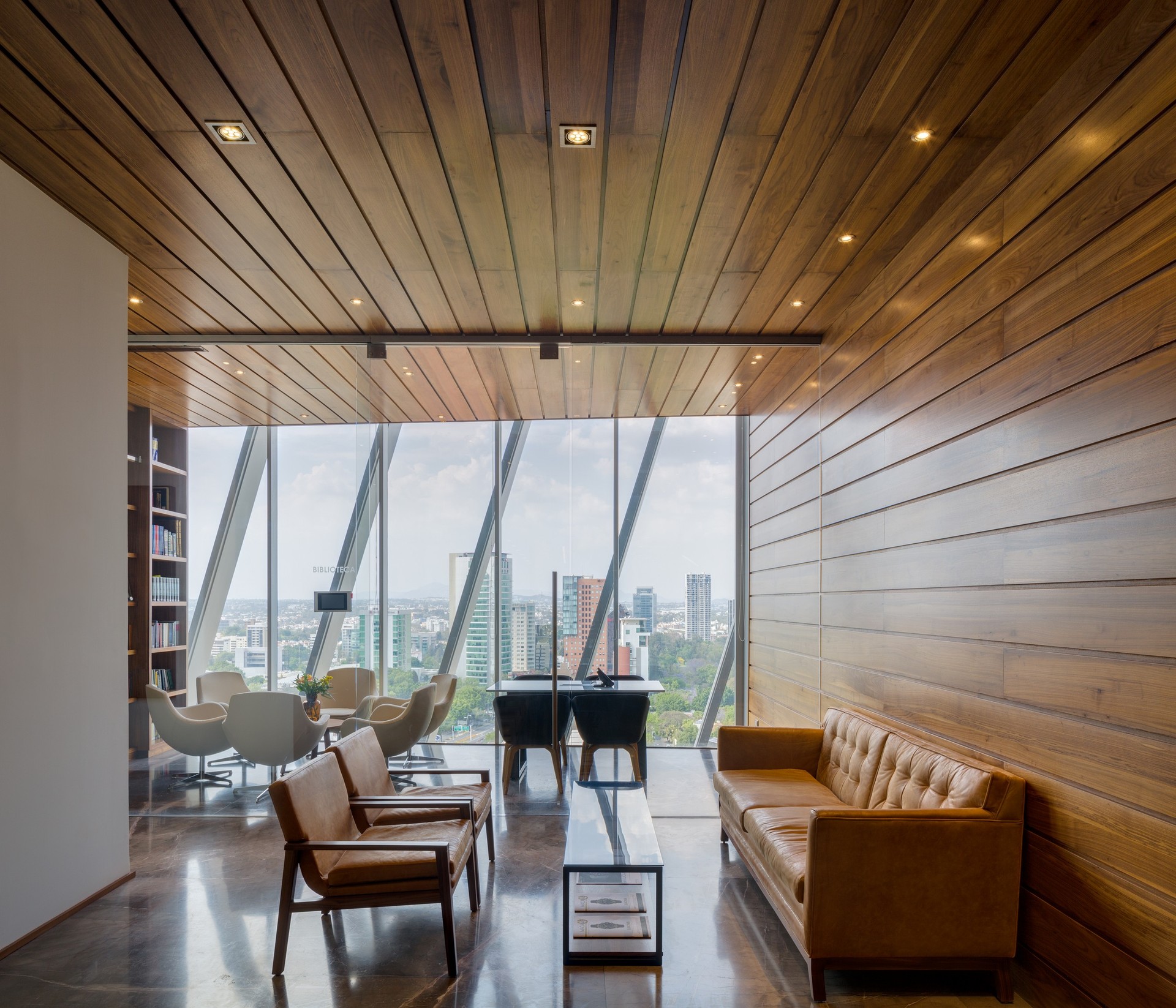 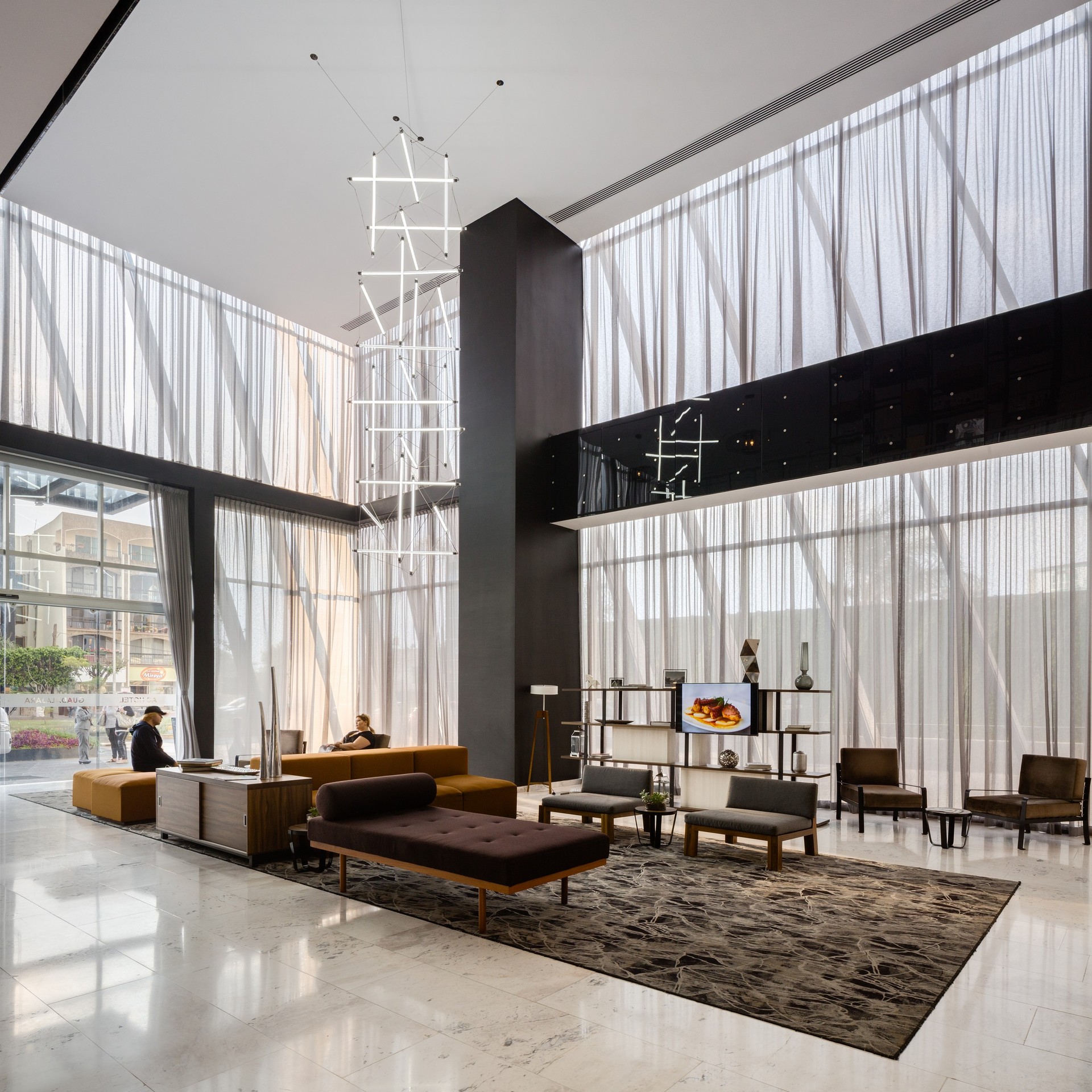 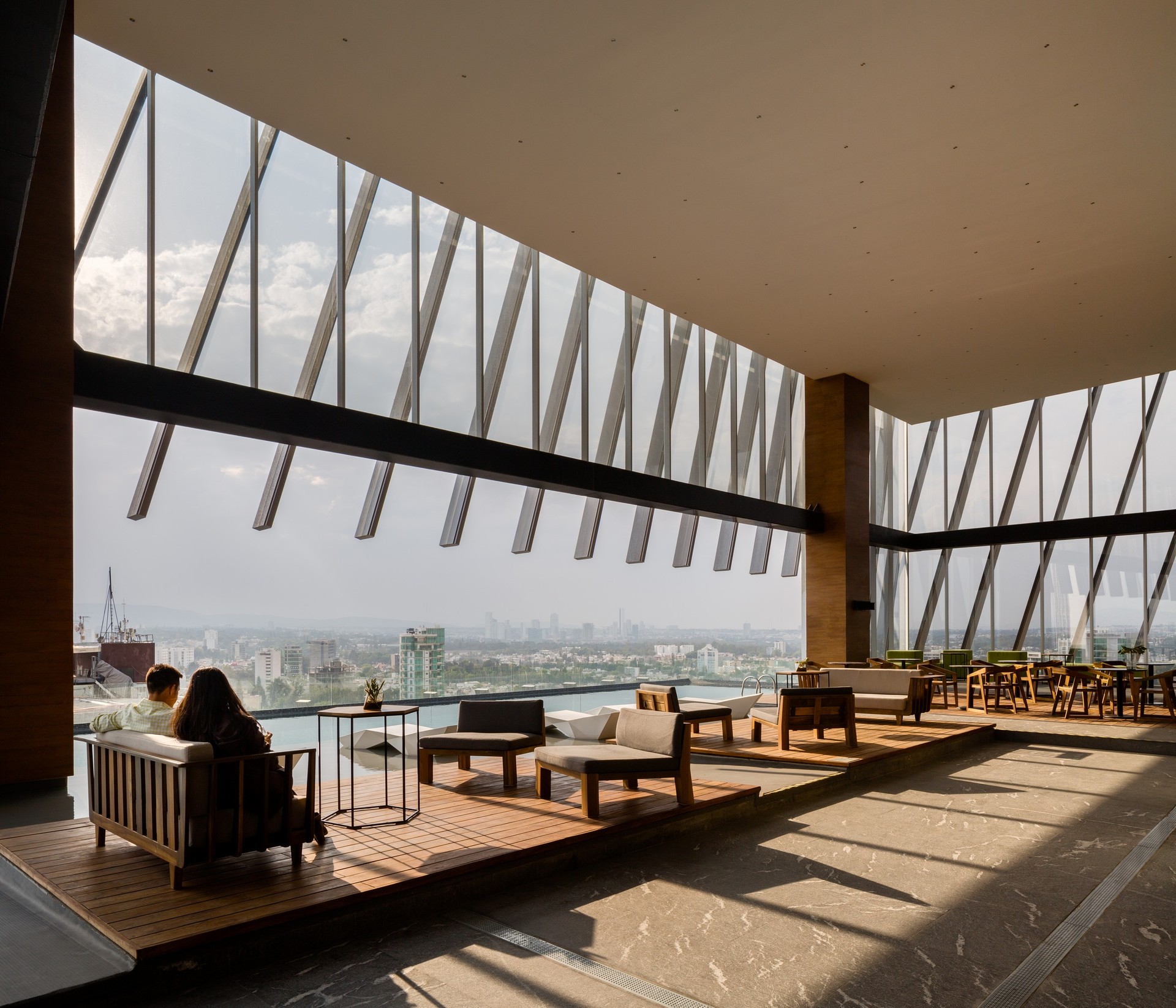 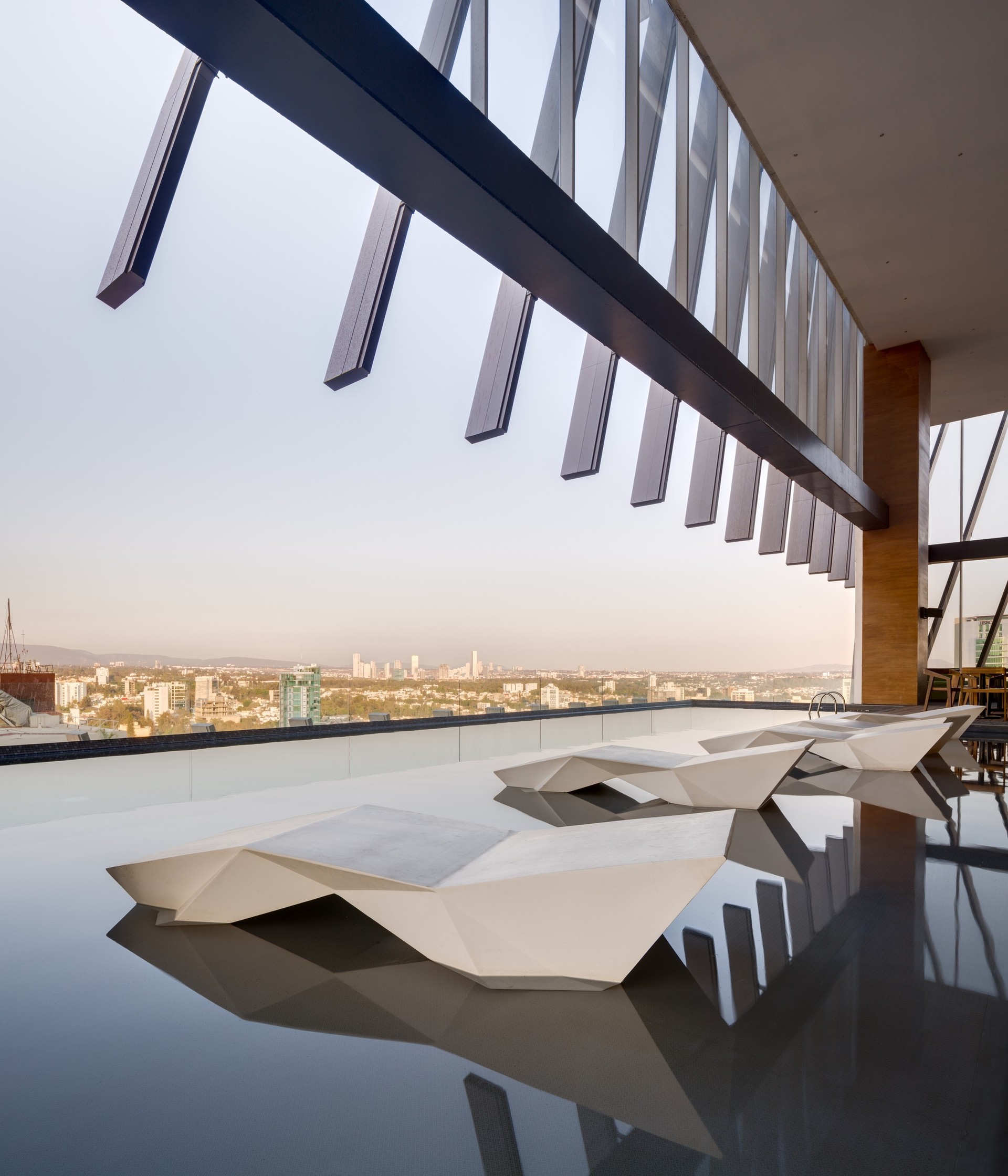 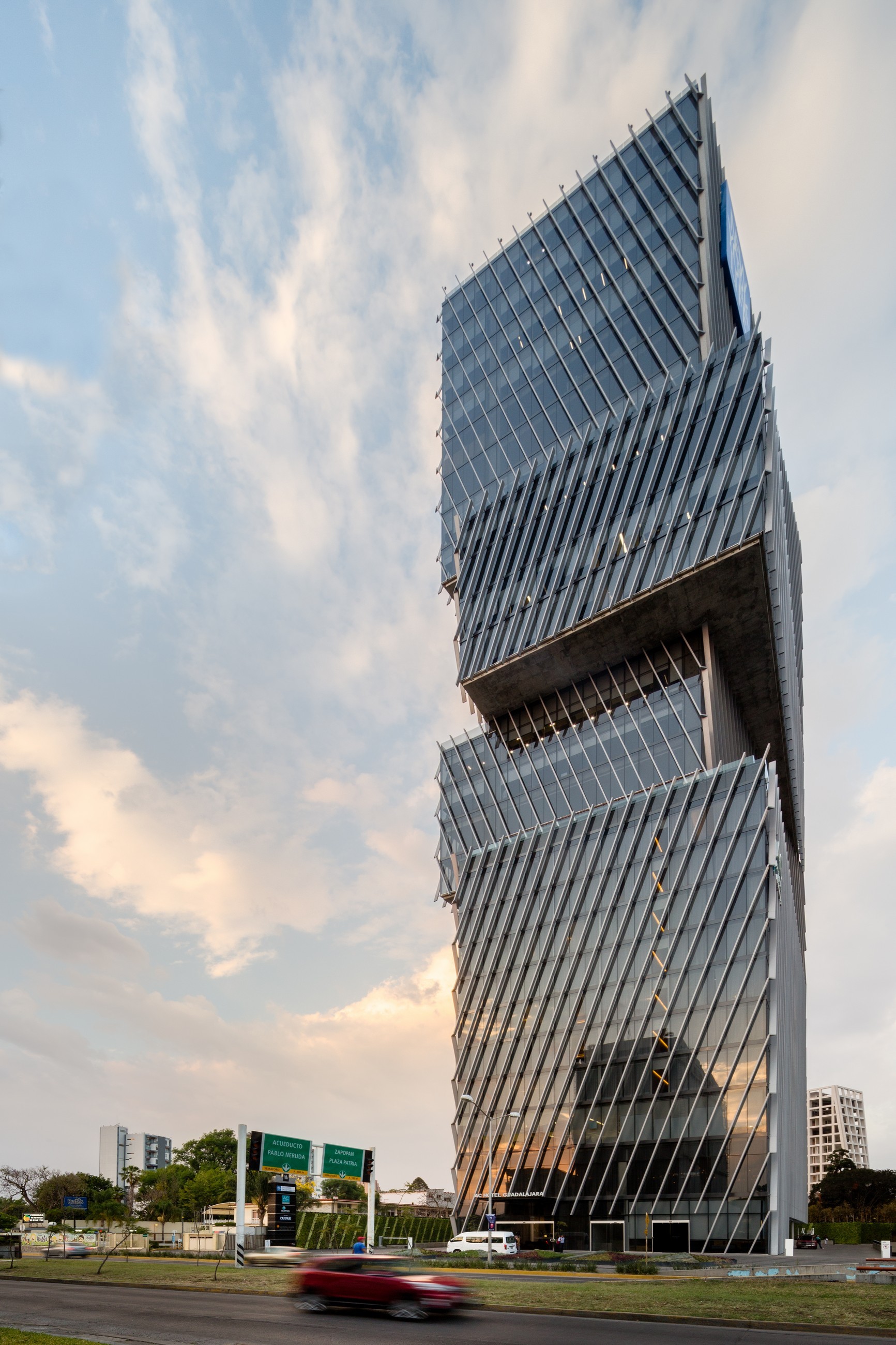 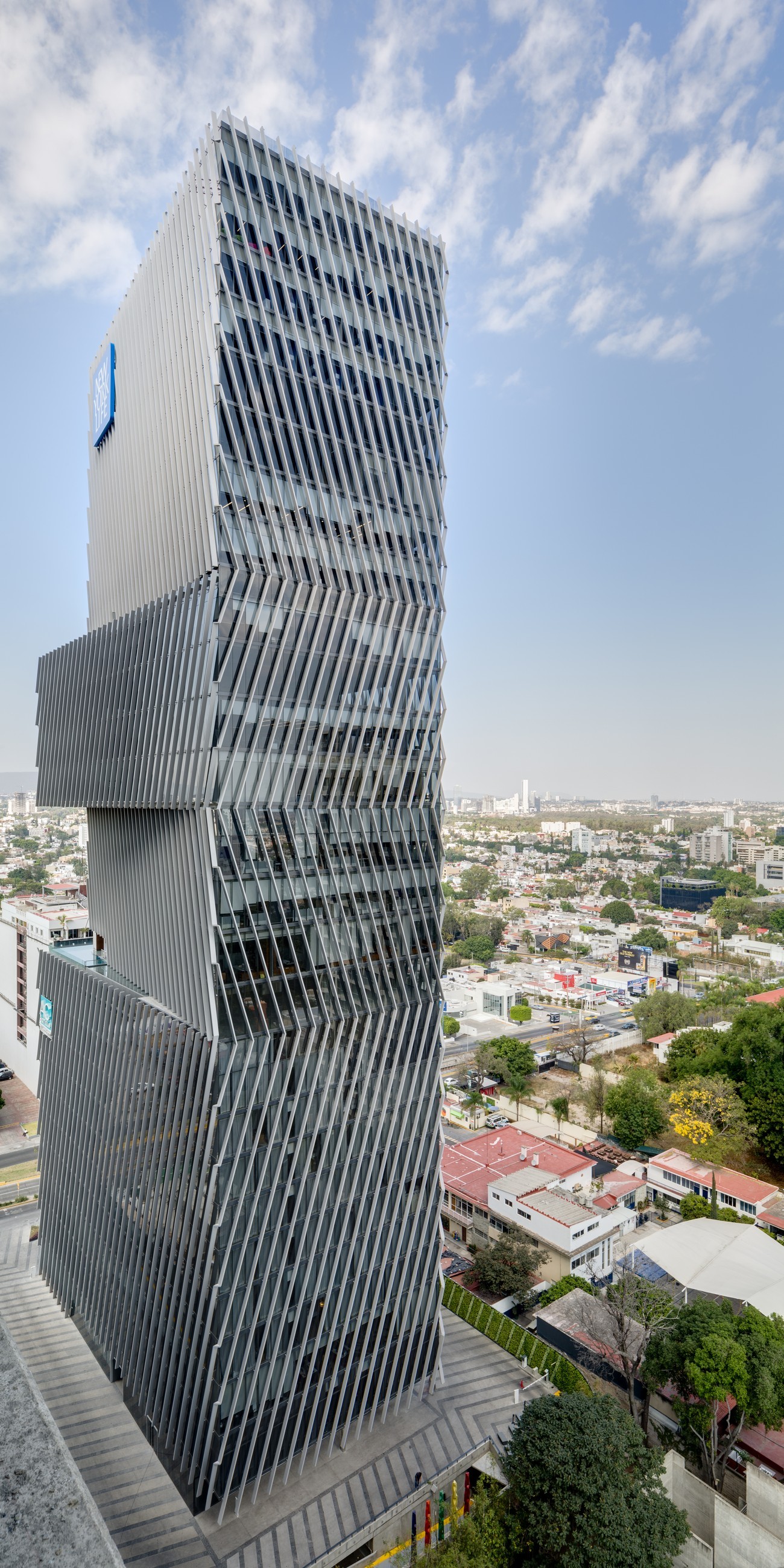 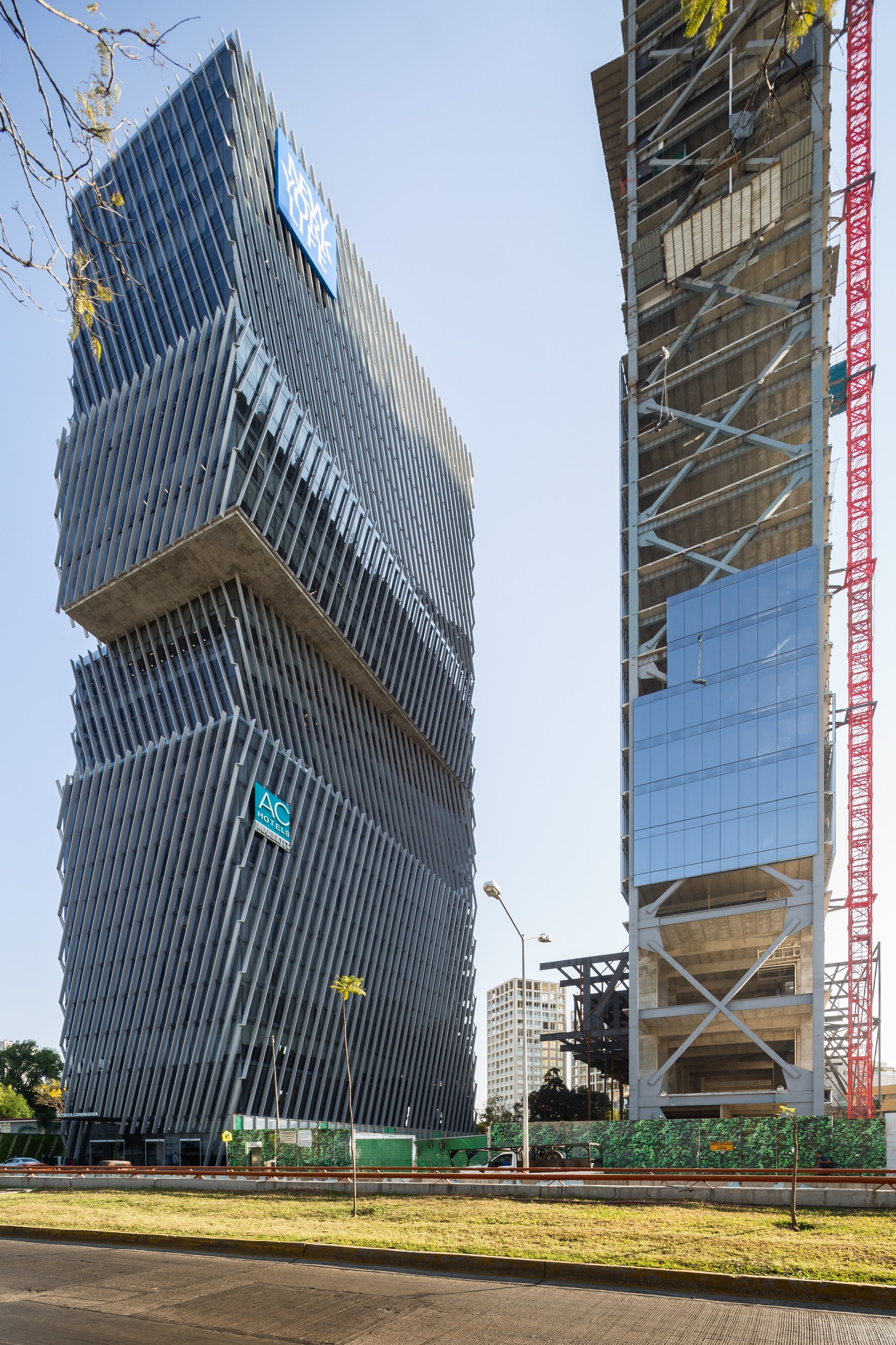 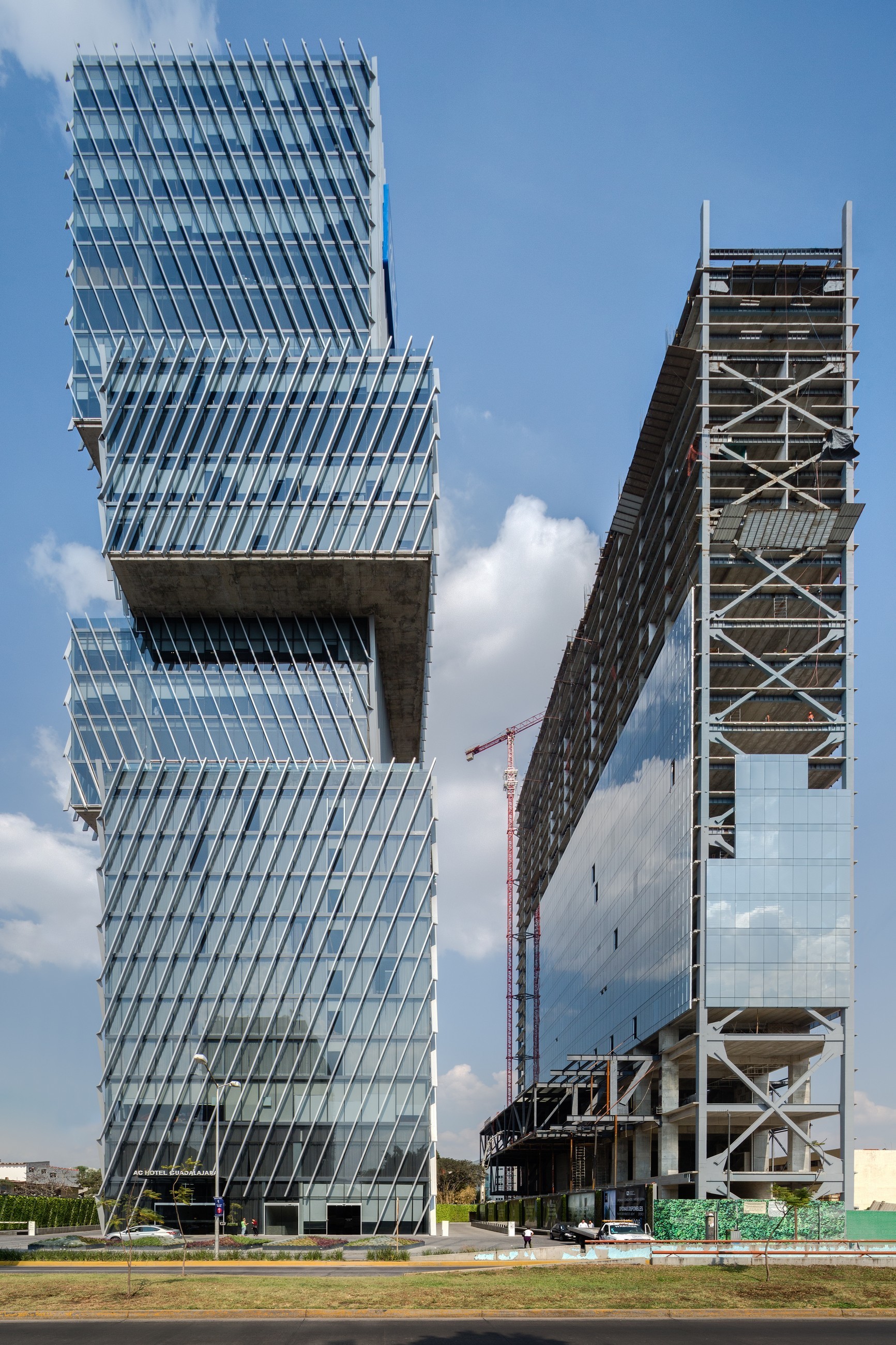 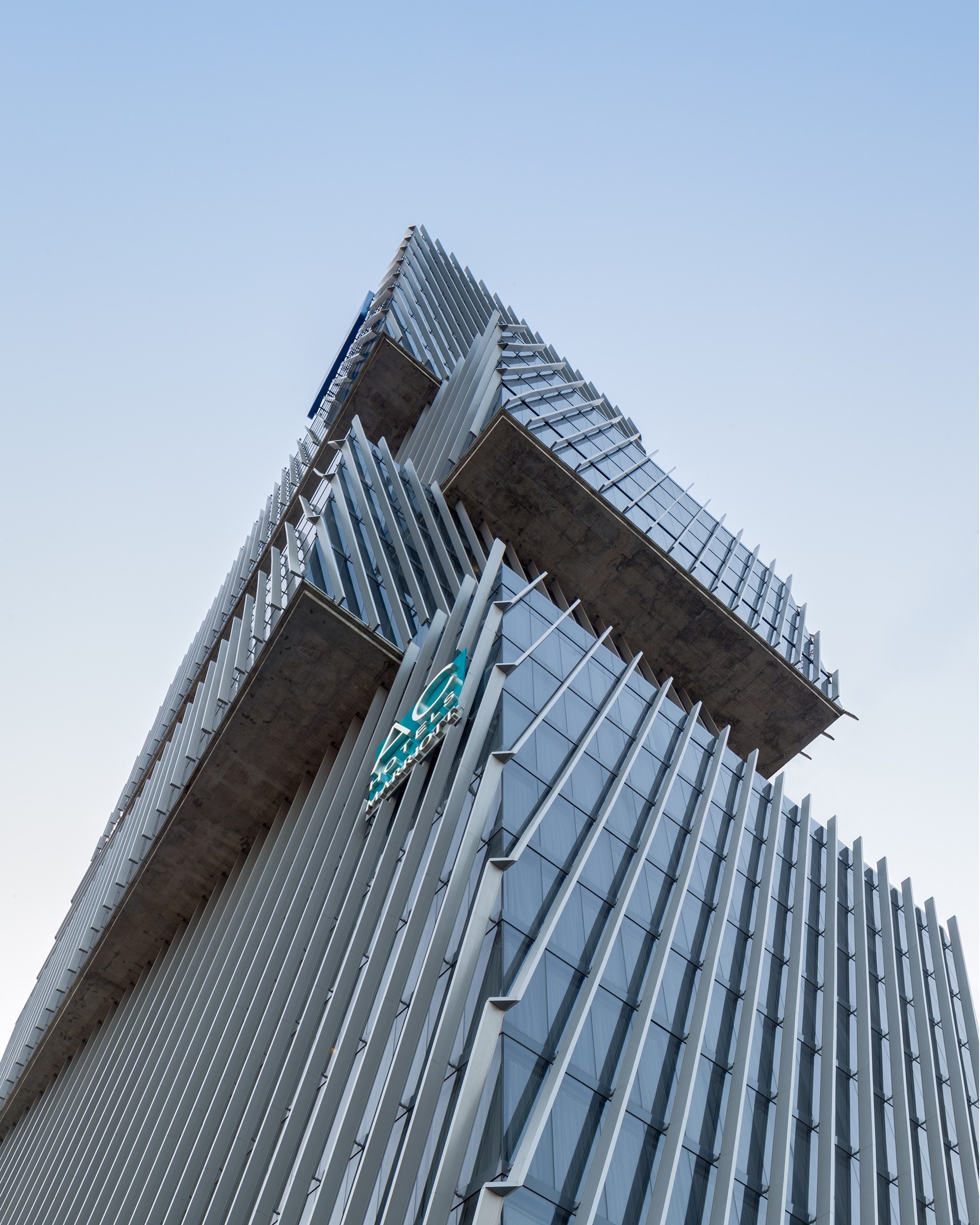 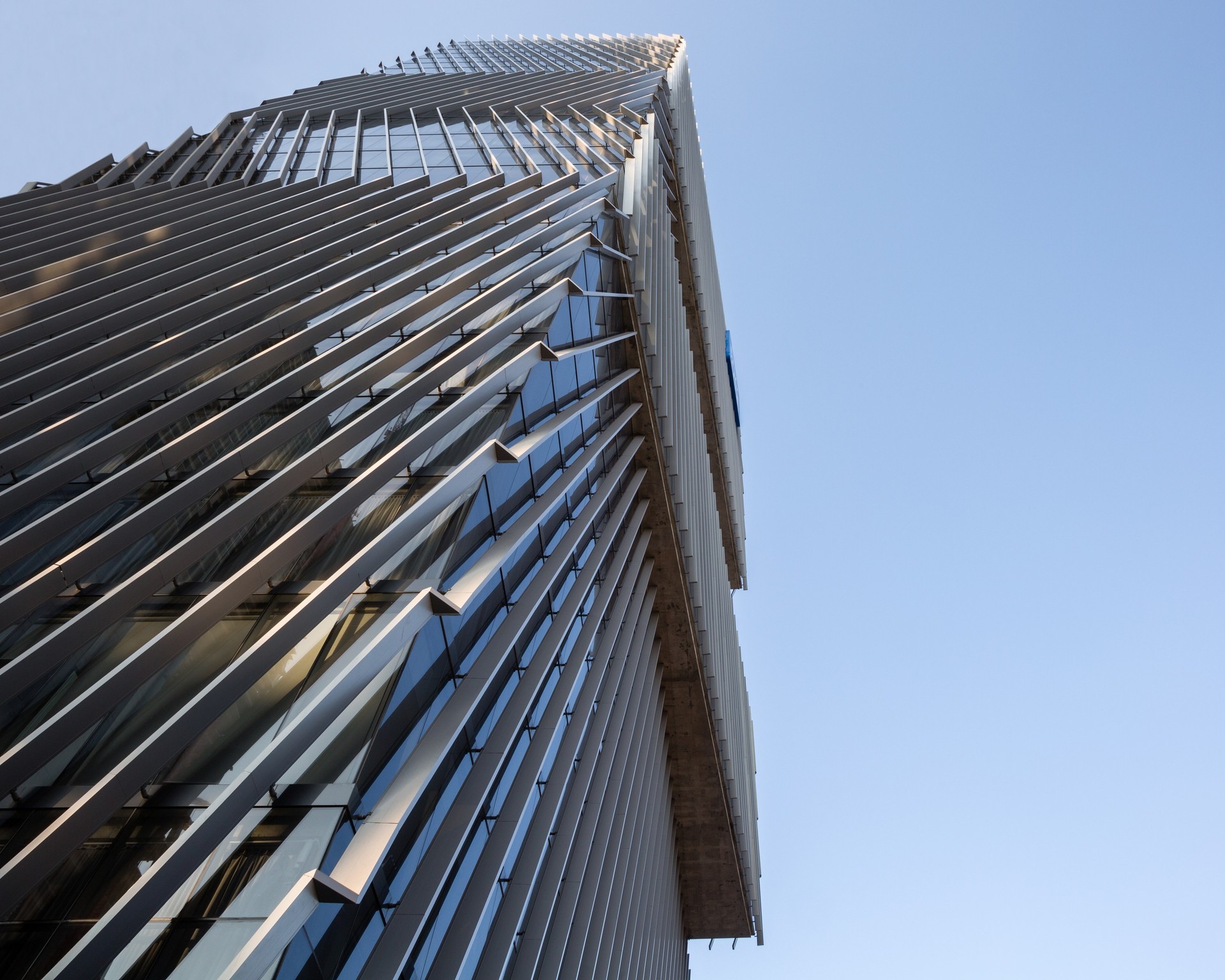 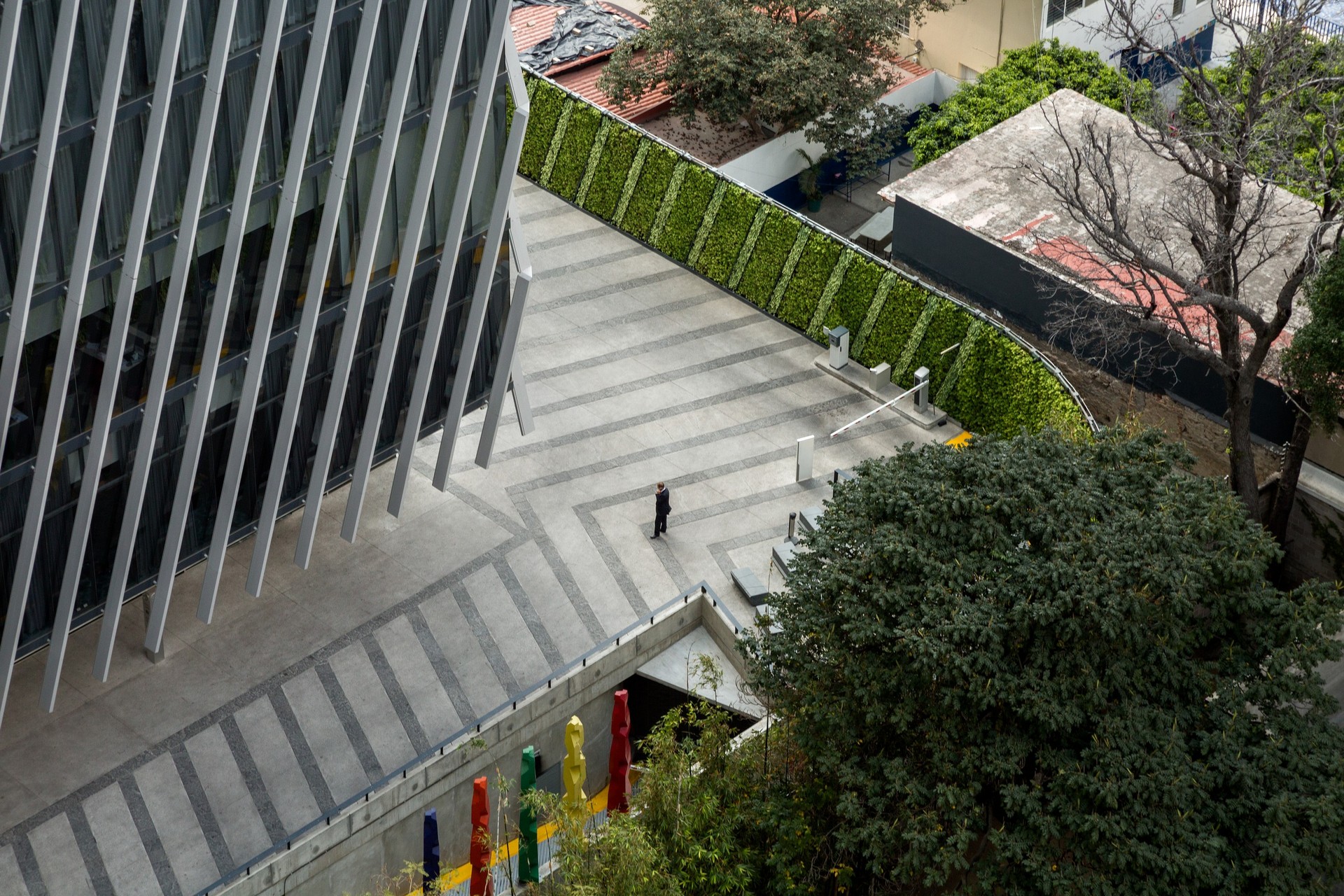 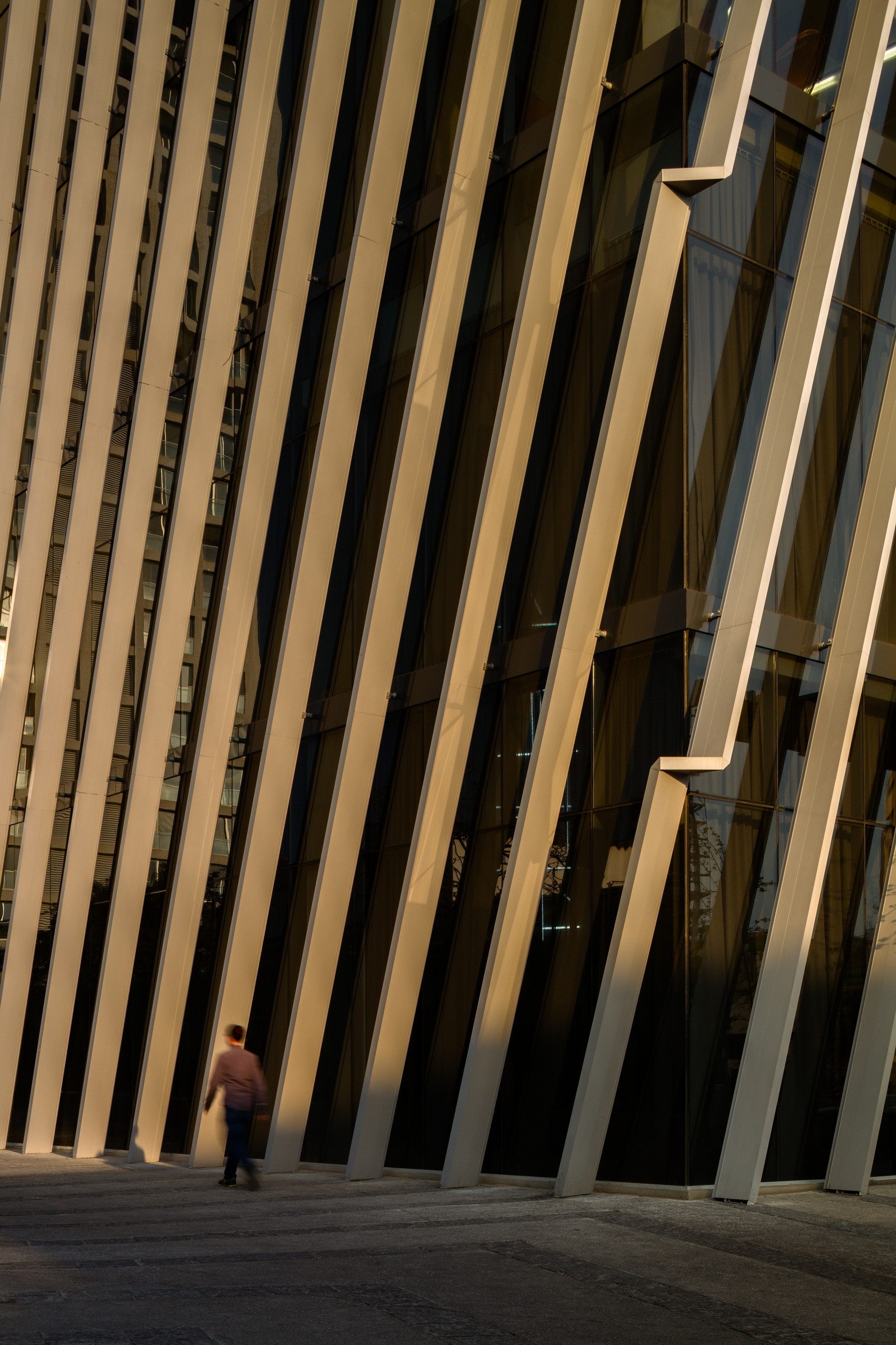 Previous
“Competing Urban Visions: Who is Lagos?” A thought piece by Baba Oladeji