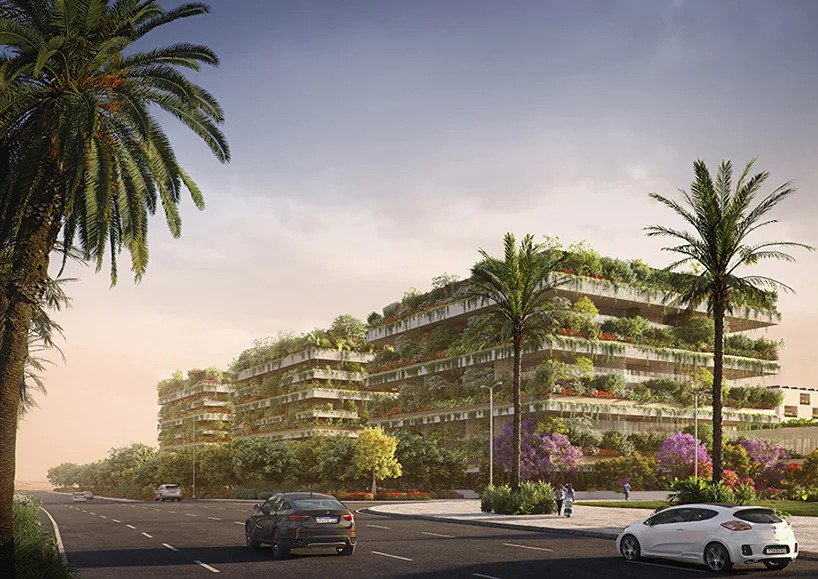 The concept which is similar to Boeri’s ‘Bosco verticale’ in Milan, features three, cube shaped, seven story buildings, all of which were designed in collaboration with Egyptian designer Shimaa Shalash and Italian landscape architect Laura Gatti, for Egyptian property developer MISR Italia Properties.

The buildings, which include a hotel and two apartment blocks will be 30 metres tall and 30 metres wide, collectively hosting about 350 trees and 14,000 shrubs of over 100 species. Plants at every level will provide natural shading and improve the surrounding air quality, absorbing around seven tons of carbon dioxide and producing eight tons of oxygen annually.

Cairo can become the first Northern-African metropolis to face the big challenge of the climate change and of the ecological reconversion.

The construction of the buildings will begin in 2020 with completion slated for 2022 at the new administrative capital being built in the desert 30 miles from Cairo. The new capital city will be home to a new city stadium by Boogertman and Partners as well as ‘Capital Park’, one of the world’s largest parks measuring over 10 kilometeres in length and over 1000 acres in area.