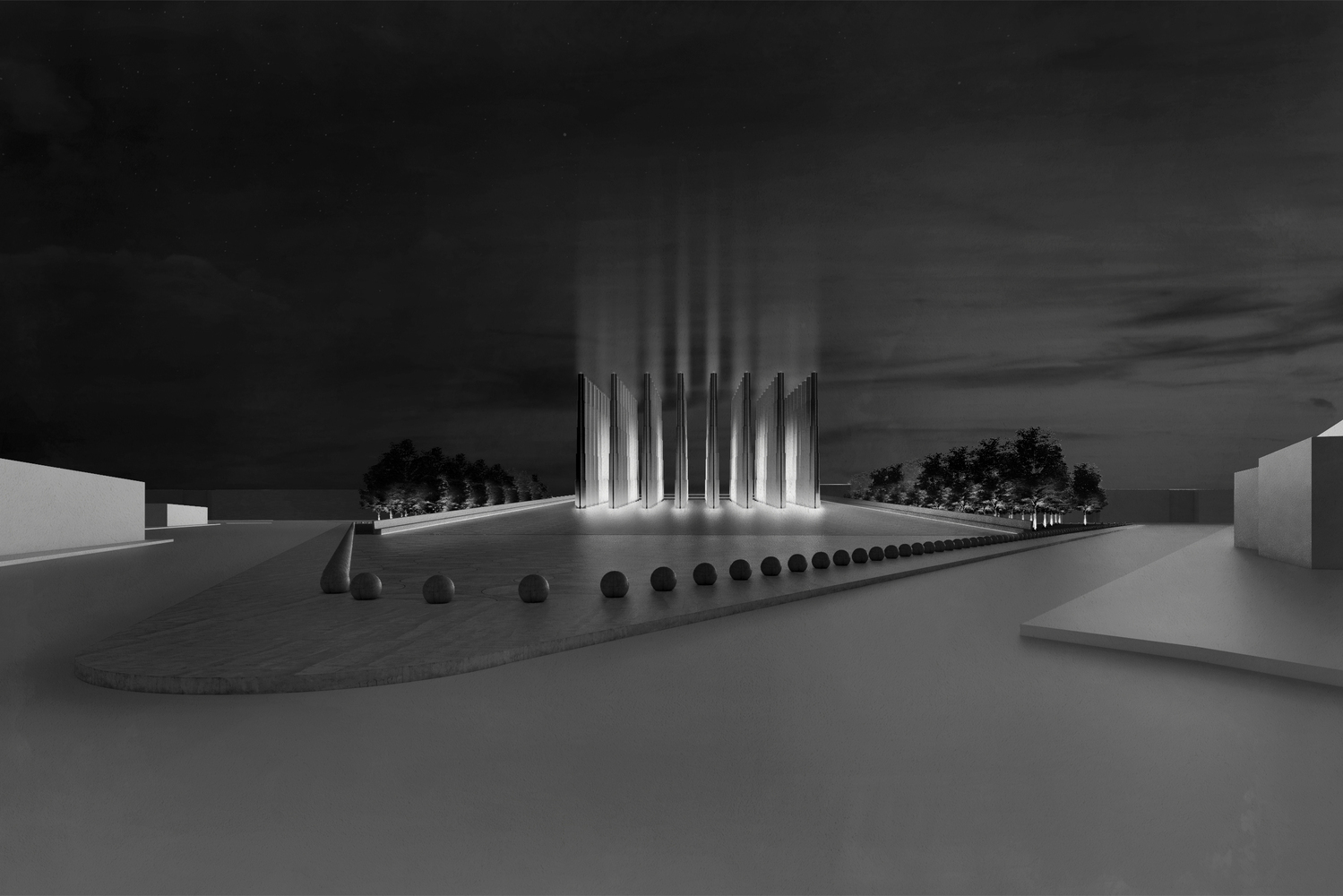 Architecture studio Adjaye Associates has unveiled its design for Le Mémorial des Martyrs (The Martyrs Memorial), which is set to be built in Niamey, Niger.

The project is intended to honor all those that lost their lives in the fight against terrorism on the country’s southern and western borders. Adjaye Associates developed schemes for the architecture, landscape and interiors all contained within a 4000 sqm tribute in the country’s capital that includes a memorial, new urban plaza and a multi-use civic gathering space.

The memorial will consist of a grid of 56 concrete, four-pointed-star-shaped columns that rise 20 metres into the air from a raised plaza within the triangular site. The plaza will be flanked on either side by trees that will also be planted in a gridded formation. Below the raised plaza, a large room will be created to be used for civic events. Described by the studio as an “underground cooling labyrinth”, the space will be broken by the concrete columns that pass through it to their foundations. These columns are designed to act as thermal chimneys to reduce heat build up around the memorial. The structure requires minimum maintenance, with concrete as the primary material. Finally, geometric perforations on the façade curate light inside of the dark spaces.

“The memorial is conceived as a monument to those who lost their lives, a tangible documentation of the continuous fight against extremist entities and the soldiers who have fallen in the process. It leverages its site to create a gently inclined plane framing the monument against the sky to create an experience that removes one from every day of the city. As visitors approach the memorial, they are engrossed in a labyrinth of abstraction through a rhythmic interplay of light, shadow and geometries amplified by the form of the 20-meter-high pillars. Each pillar symbolizes the individuals lost, extending towards the Niamey sky whilst grounded and situated in its urban context. At night, beams of light projecting from the pillars become part of the urban skyline, acting as both a beacon of remembrance and a visual guide toward the civic heart of Niamey. The Martyrs Memorial brings the sacred and the civic together in a way that engages both the citizen and the city. […] Through an interplay of absences and voids, the Martyrs Memorial becomes a sacred space-an in-between moment for meaningful reflection on the past and signaling for a peaceful future.“