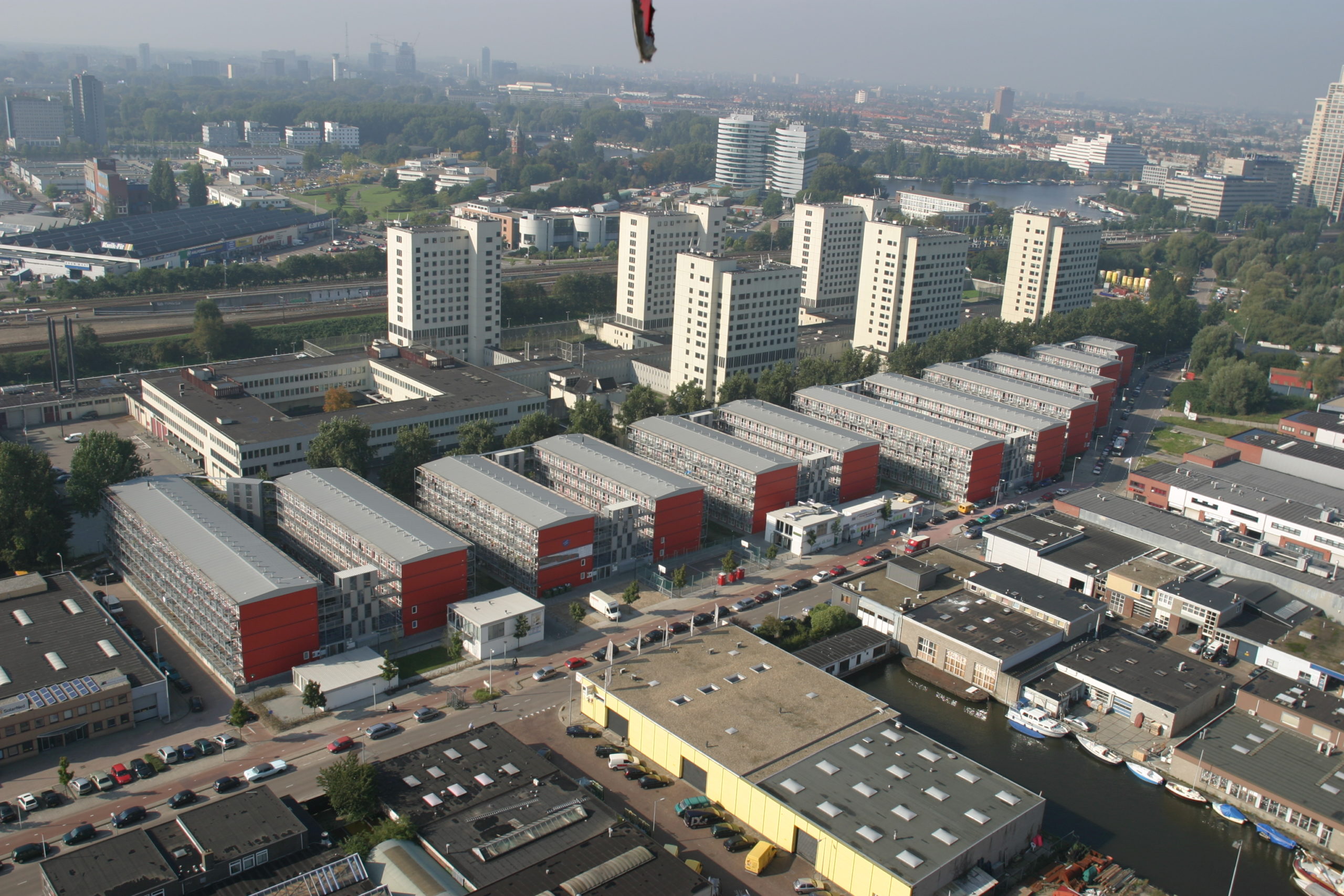 Oh! the possibilities! As a huge fan of container architecture (or what some have termed ‘cargotecture) I was ecstatic reading in Last week’s guardian about the emergence of Tempohousing Nigeria, the Lagos based development company, akin to Temphousing, one of the pioneers in containerised prefabricated housing.

Also as a housing buff, i was excited about the possibilities that this idea could offer. I, personally have been researching the idea for the better part of 6 years, with a working knowledge of most (if not all) projects that could be found online. As such i’d like to share a bit of that knowledge and shed light on these apparent opportunities for ‘cargotecture’ in our dear country within which there is a housing deficit of about 17 million (little drops people, little drops).

May I introduce Keetwonen, the world’s largest container city. Sitting on 17000 sqm, the development features 1000 units of ‘upcycled-container’ studio flats each covering 30sqm, providing all the amenities a student could ever need. For starters, Your very own bathroom!!, not to be shared with friends or strangers. A kitchen, balcony and seperate study and sleeping areas fitted with large windows make for an almost luxurious apartment. Each unit has hot water as well as a high speed internet connection. (No this is not a hotel, I’m sure.)
The project was conceived with the ideal student lifestyle in mind, which in essence is, a private place to live, but not so much that they are removed from the social life that a dormitory has to offer. 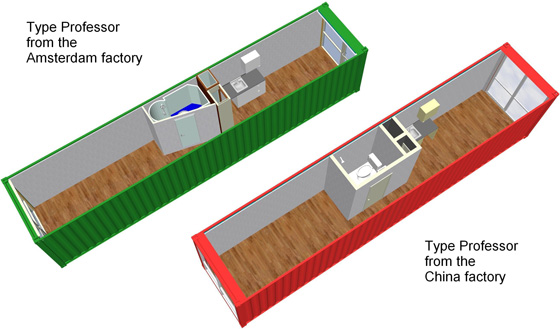 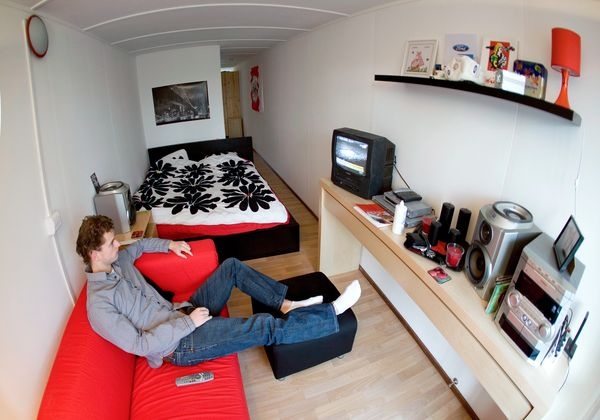 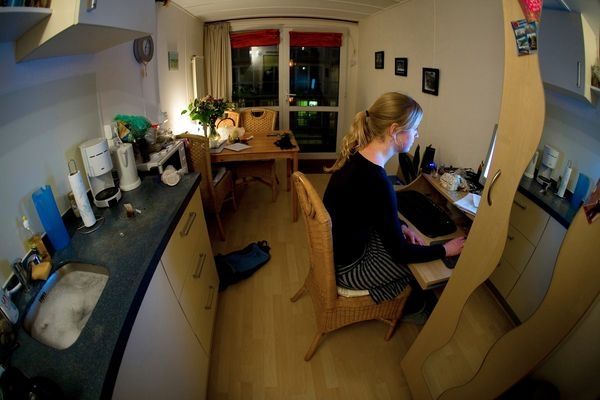 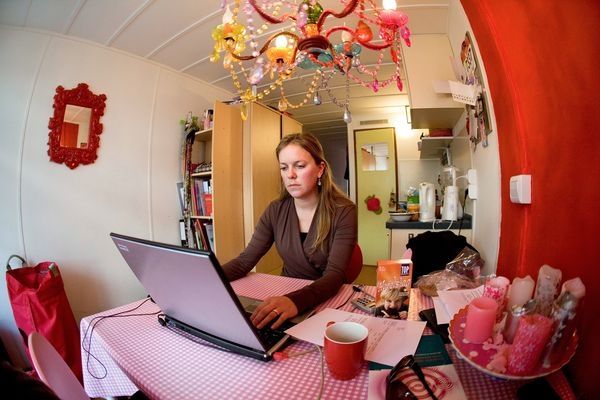 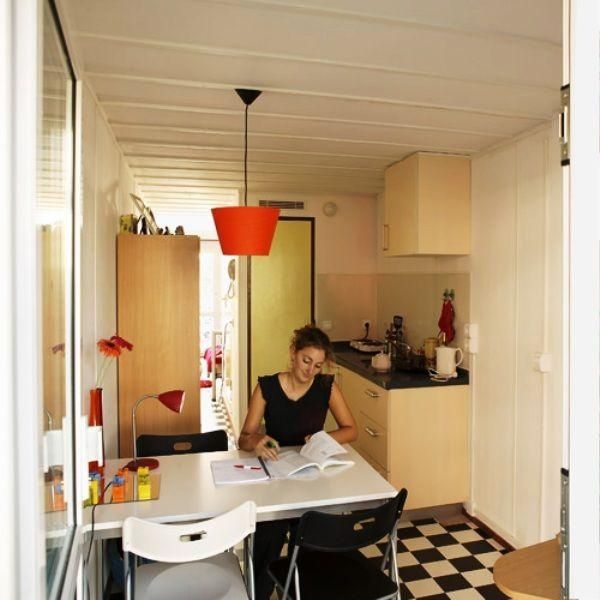 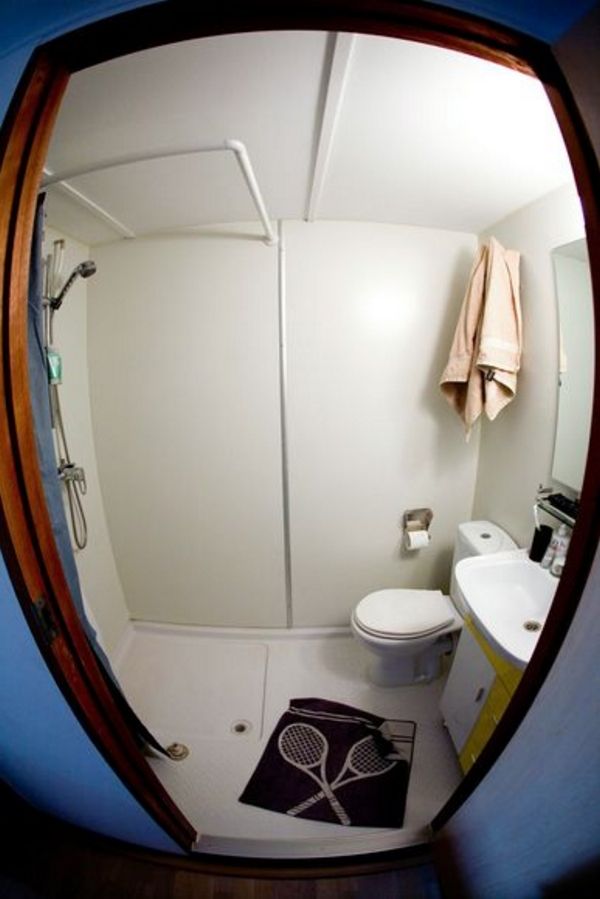 Each of the individual units are stacked and arranged in blocks up to 5 levels hight, with each block containing a service unit with centralized electricity, and networking systems for the the aforementioned internet access.

The total project consists of 6 blocks of varying size set in such a way as to create closed off internal courtyards which are used as safe bicycle parking and social gatherings. The integrated roof top of the blocks also accommodates efficient rainwater drainage as well as heat dispersal and more insulation for the units beneath. To access the living units, staircases and exterior walkways have been constructed on the sides facing the courtyard. while the opposite side of each unit has a private balcony.Theres also an outdoor basketball field, a supermarket, a launderette, a cafe and several office spaces, created using over 30 40ft containers.

This, truly is, the largest container village in the world.

It is worthy of note that the first block of buildings housing 215 units was completed in 3 months. Subsequently every month a further block was completed, with the total development taking just 9 months. 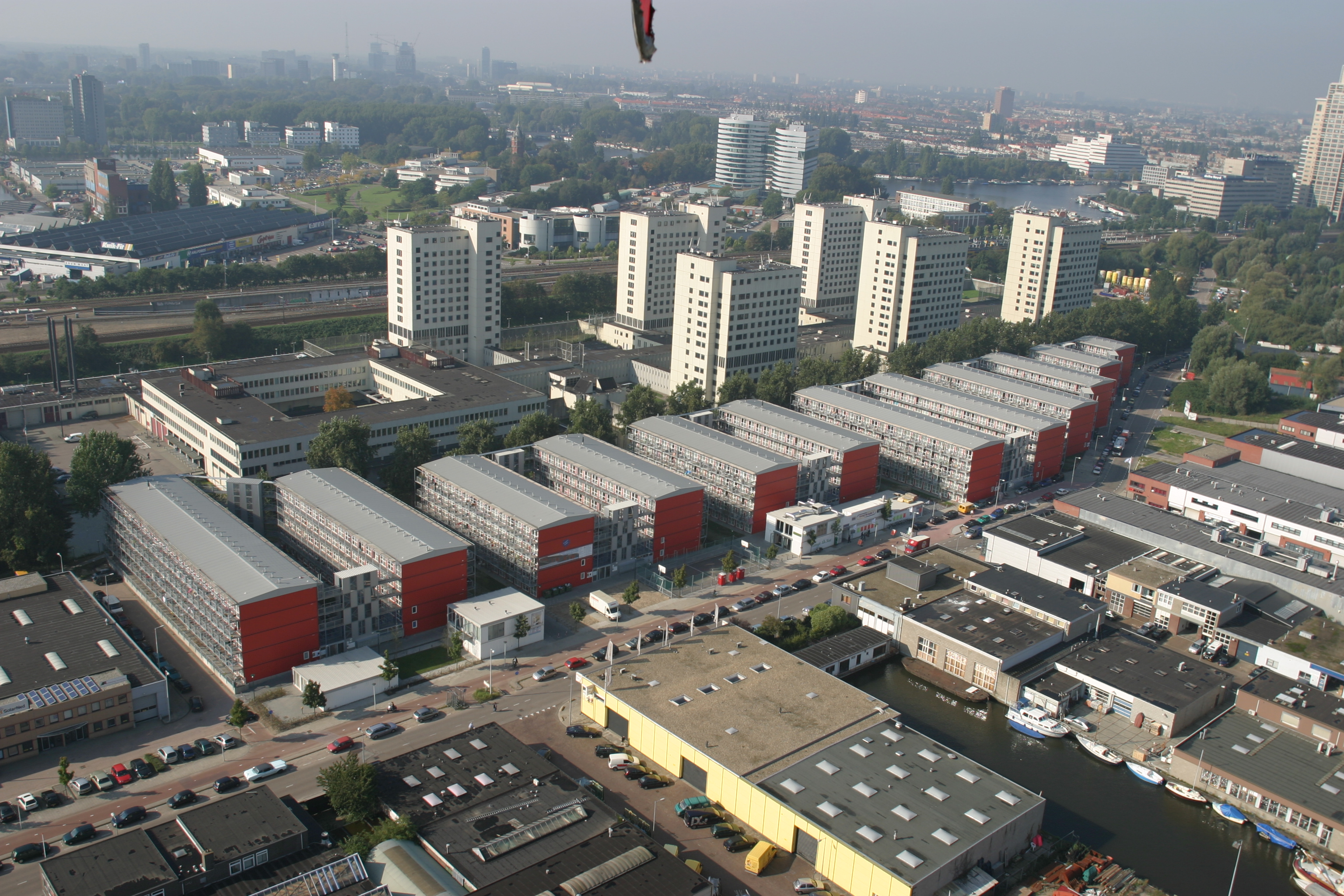 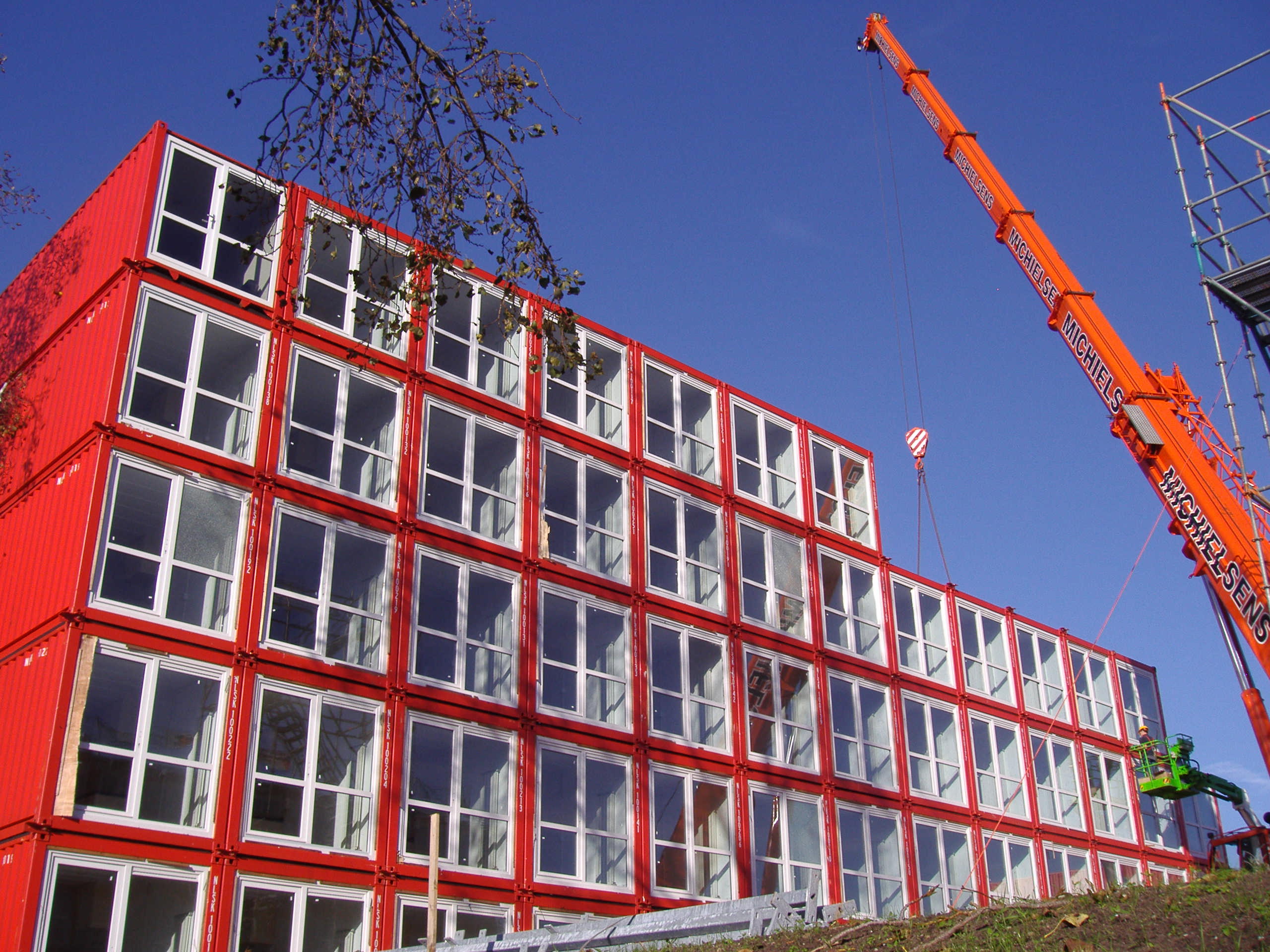 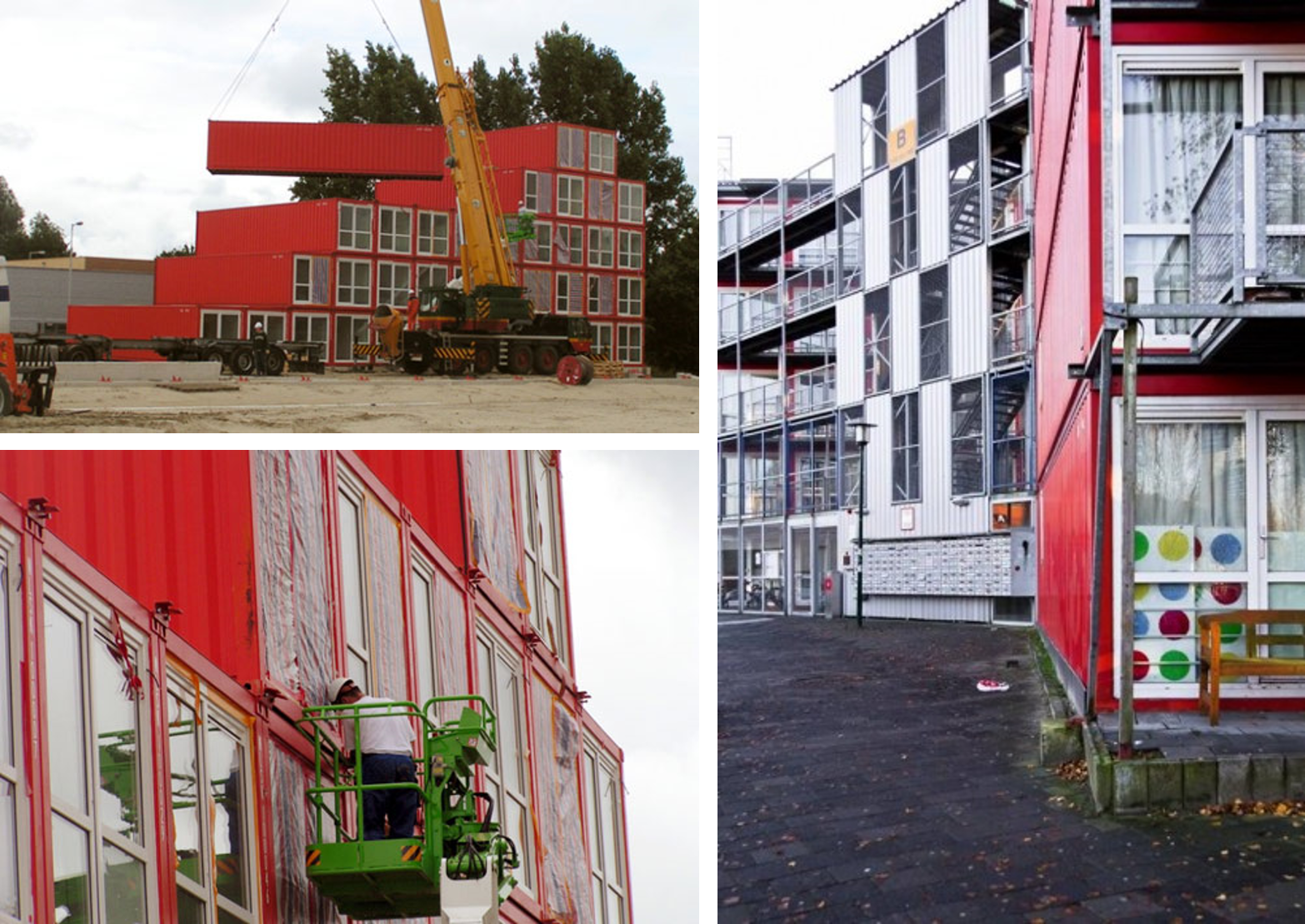 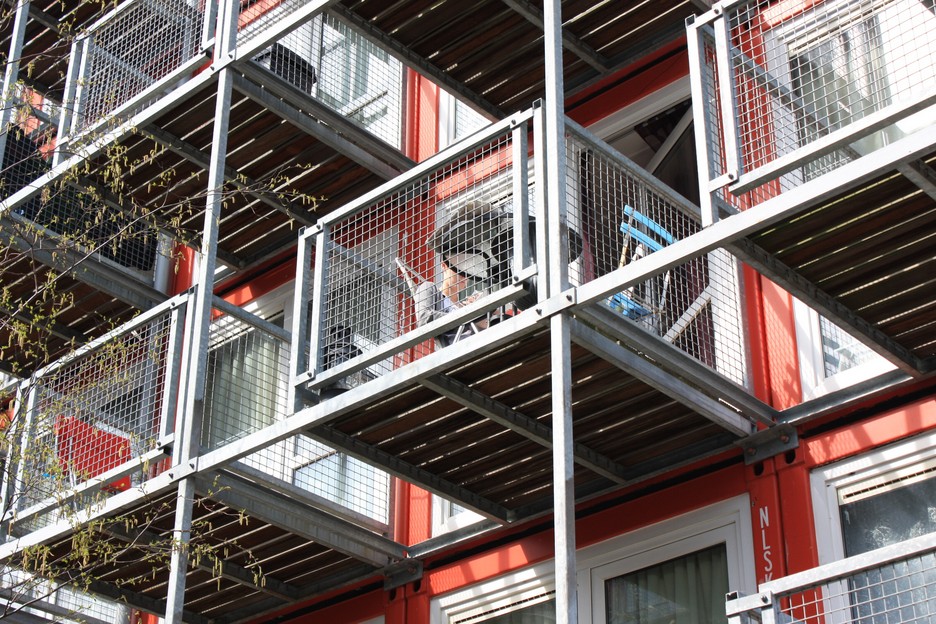 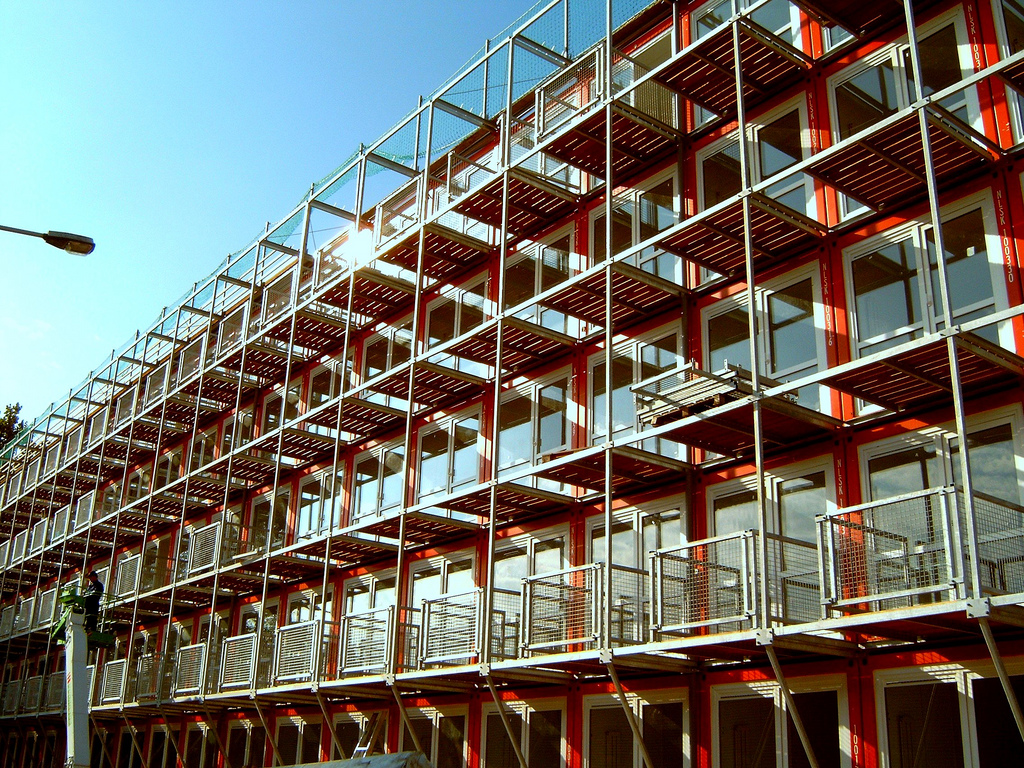 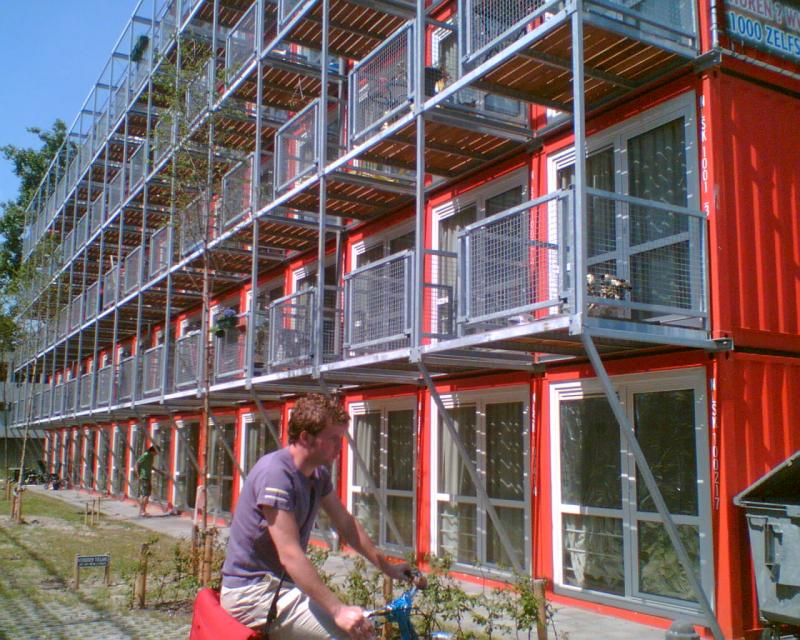 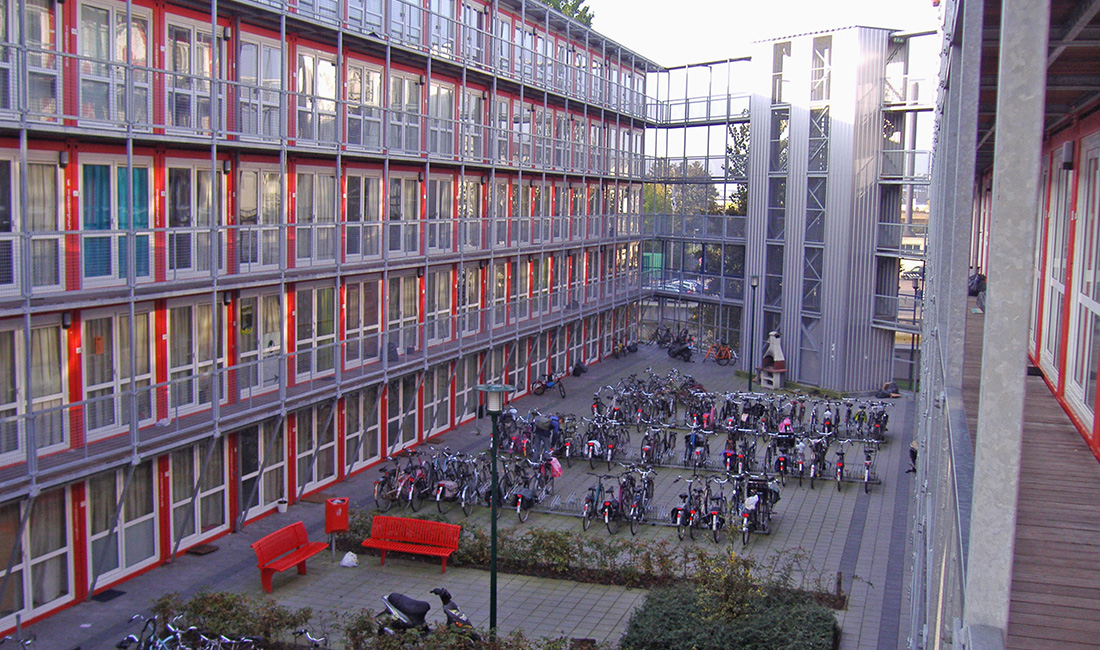 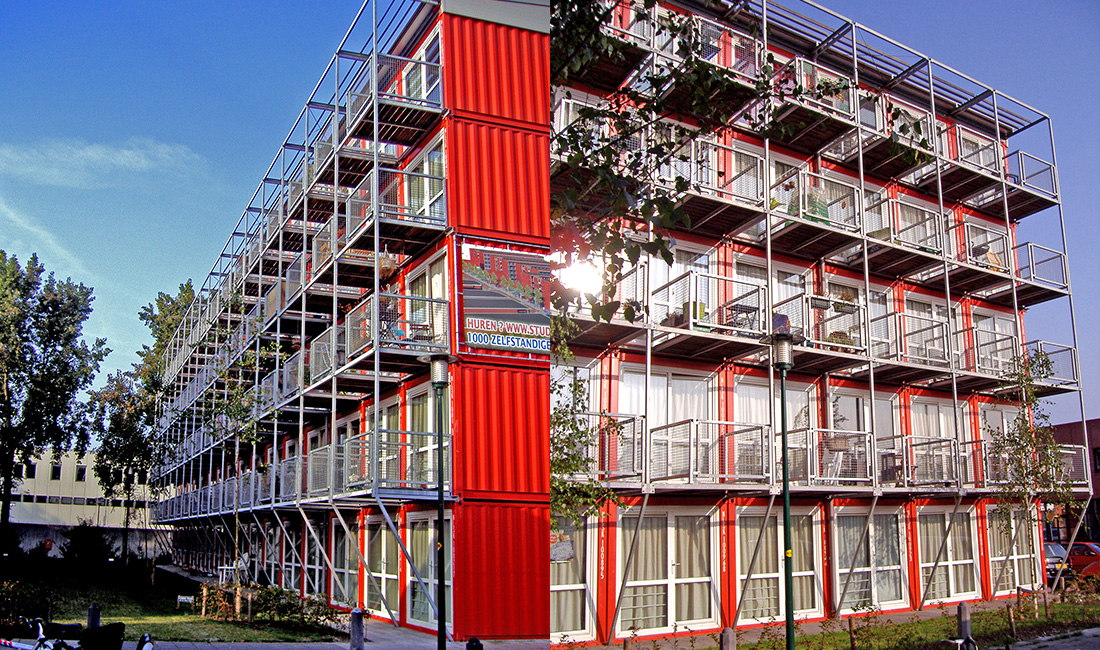 Living in an upcycled shipping container was largely a new concept in the Netherlands when Tempohousing launched it, so commissioning a thousand of them was a huge risk for the city of Amsterdam. But, with all said and done, it turned out to be big hit with students in Amsterdam (and around the world) and is now the second most popular student dormitory out of the many offered by the student housing corporation
Many were skeptical (as some still are) that is would be too small or noisy, too cold or hot, but they were all proved wrong with the accommodations turning out to be spacious, well insulated from noise and heat and great value for money when compared to other competing options withing the city. Proof of this success can be seen in the postponement of the relocation plan (Yes, you read right, relocation!…of the units!). Originally planned to sit on its current site for 5 years after its full completion in 2006, the relocation has now been pushed to 2016. I guess they must have done something right. 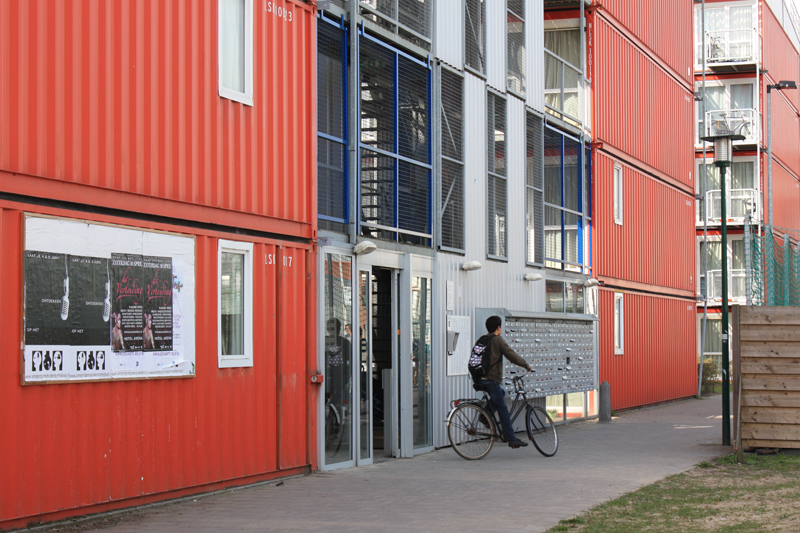 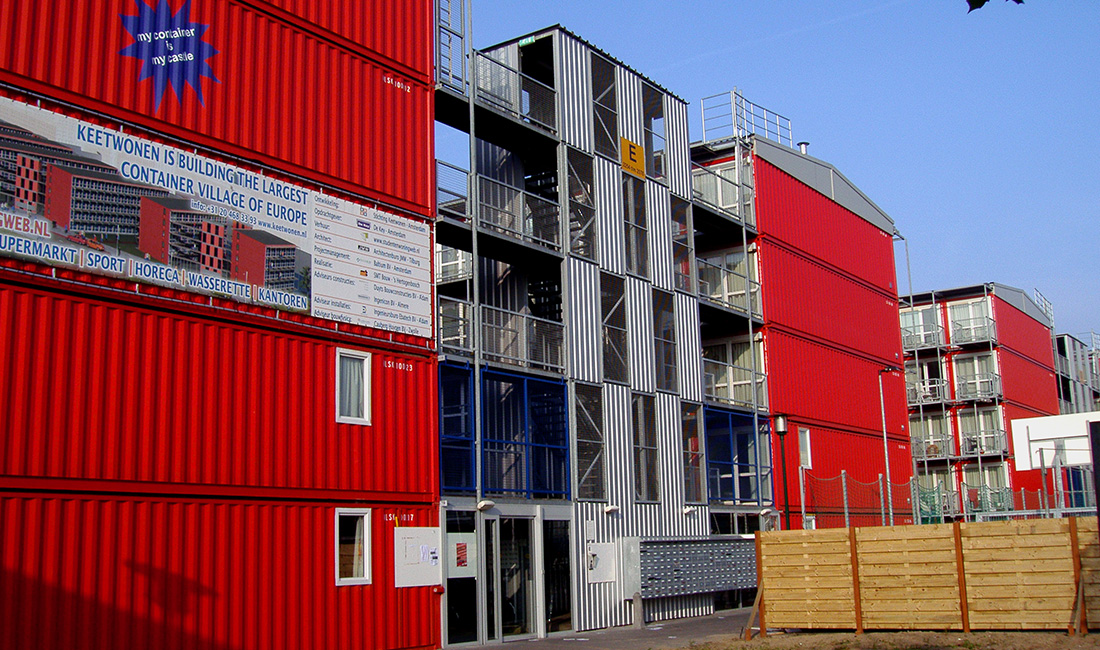 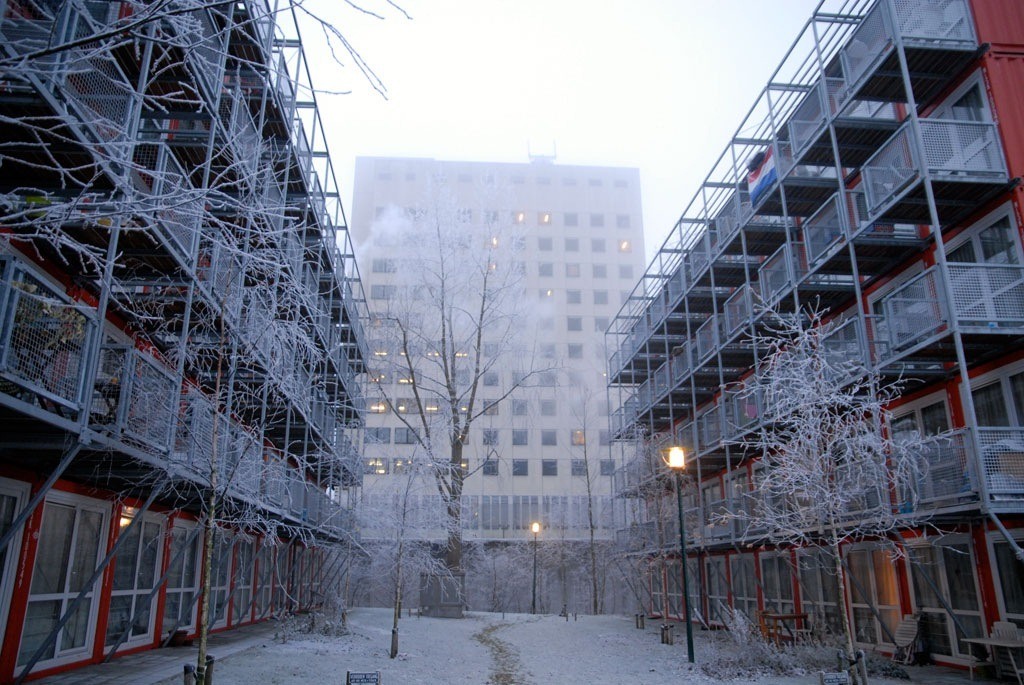 This is a great example of a large-scale project in which shipping containers serve as a functional and comfortable space. While i do agree that it is not the final solution to the housing problem in Nigeria, it most definitely can play a key role in leading up to a long lasting solution, as such it would be great to have projects of this scale here. With a few adjustments to suite our socio-economic climate, it would be a sure bet.   Now there may be many that disagree with the adaptability of such a model and probably feel this is not something that can work in Nigeria, well, someone in Yenogoa, might disagree with you. 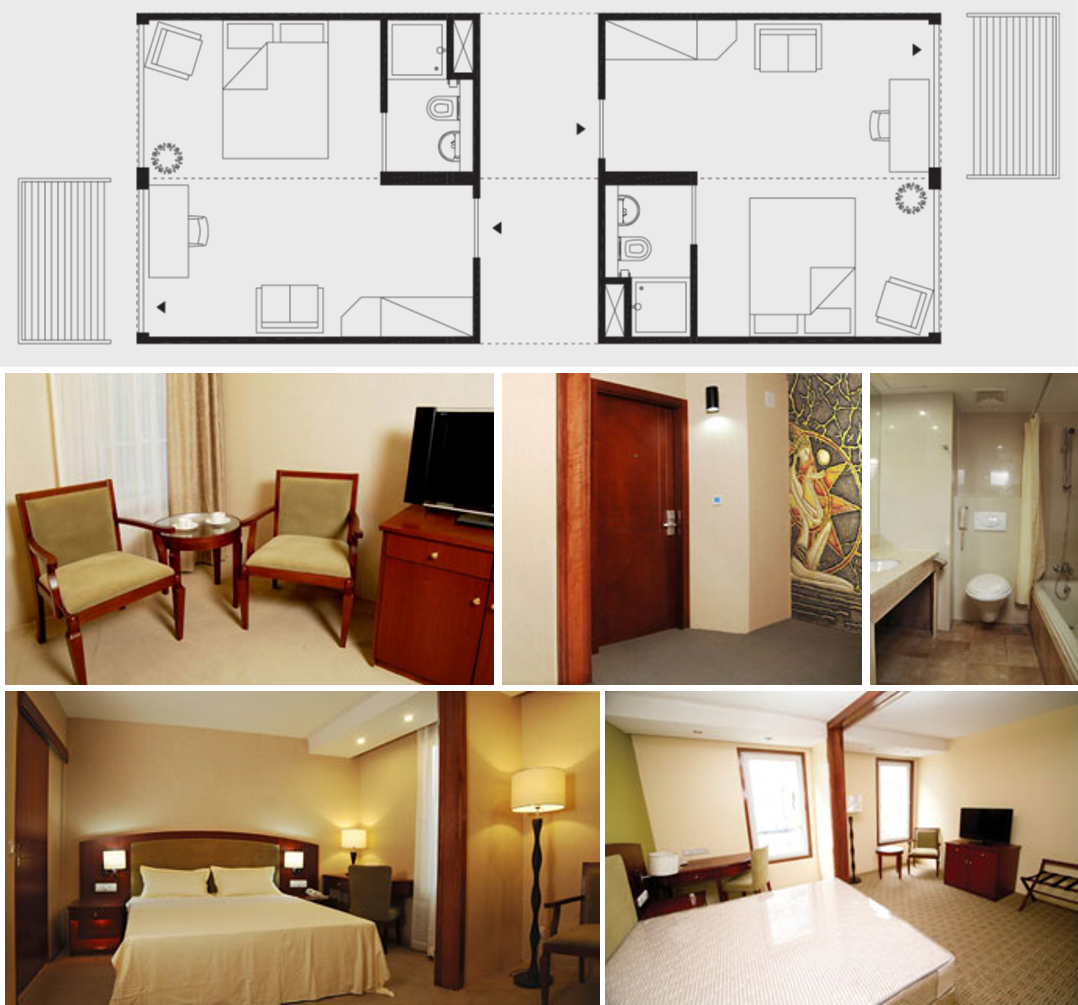 Next
HOME GROWN BRILLIANCE: A corporate office project by UCA