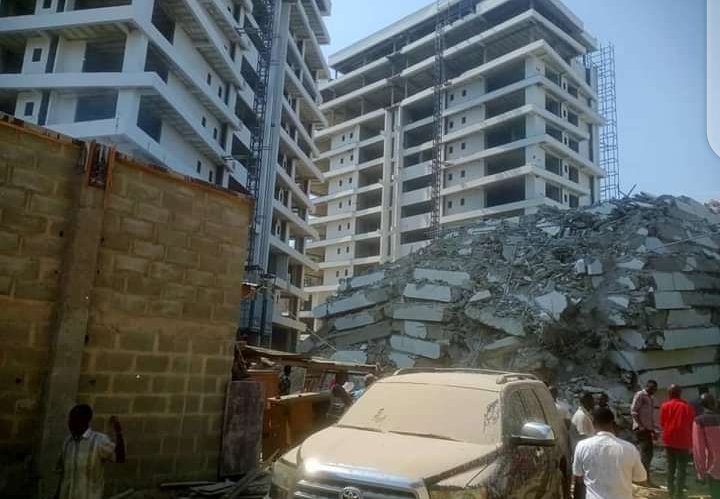 As reported by Inspiration fm, The Lagos State Building Control Agency has told a coroner inquest inquiring into the Nov.1 collapse of the 21 storey building at Gerrard Road, Ikoyi, Lagos that construction of the three high-rise blocks began months before provisional approval was granted.

Counsel for Lasbca, Mr. A.S Odugbemi, disclosed this while questioning Mr Muritala Olawale, the Managing Director of Prowess Engineering Nigeria Ltd. Olawale was a former consultant structural engineer to the project but withdrew his services via a letter dated Feb. 20, 2020, over disputes on how the project was structurally executed.

At the coroner’s proceedings, Odugbemi disputed the contents of paragraph 17 of Olawale’s Statement on Oath to the Inquest stating that late Femi Osibona, the Managing Director of Fourscore Heights Ltd, had informed his team that he had received provisional approval for the project’s construction.

21-Storey Building Collapses on Gerrard Road in Ikoyi, Lagos, with Many Trapped.

The Nigerian Institution Of Structural Engineers (Nistructe) Issue a Press Release On The Collapse Of The 21 Storey Building on Gerrard Road, Ikoyi, Lagos.