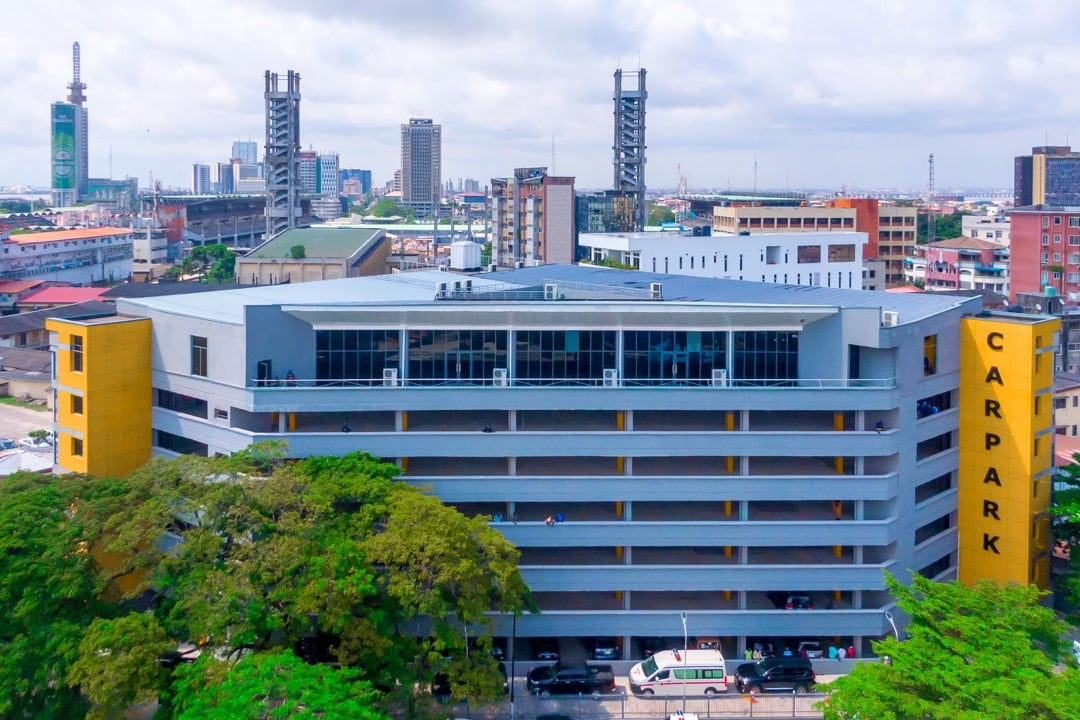 Situated on what was previously a dump site, the facility, designed by Lagos-based architectural practice- DKR associates, features 5 car parking floors accommodating 384 vehicles as well as offices for tickets and rest rooms on each floor. The 6th floor is designated for multi-purpose mixed use functions consisting of a 410 sqm Club House and 2 banquet rooms with sitting capacities of 800 and 600 persons each. Services provided include a Water treatment Plant, Fire alarm systems, CCTV, data network and power systems. Construction begin in 2013.

This is a major standpoint of our administration, as traffic management is a major driver of our economy. Lagos Island could be modestly referenced as one of the largest commercial corridors in the state. There is therefore, a corresponding increase in commuting, especially, high volume of vehicular traffic including social activities, culminating in traffic gridlock and pressure along this corridor.

This Multi-Level Facility Building will service the stadium and other primary social centres such as Island Club, Yoruba Tennis Club, Lagos Lawn Tennis Club, King George V Park, Police Command Recreational Centre as well as other facilities in the neighbourhood and fix the parking requirements generated by these centres

Next
The CH House in Vietnam by ODDO Architects is Just 4 Meters Wide.