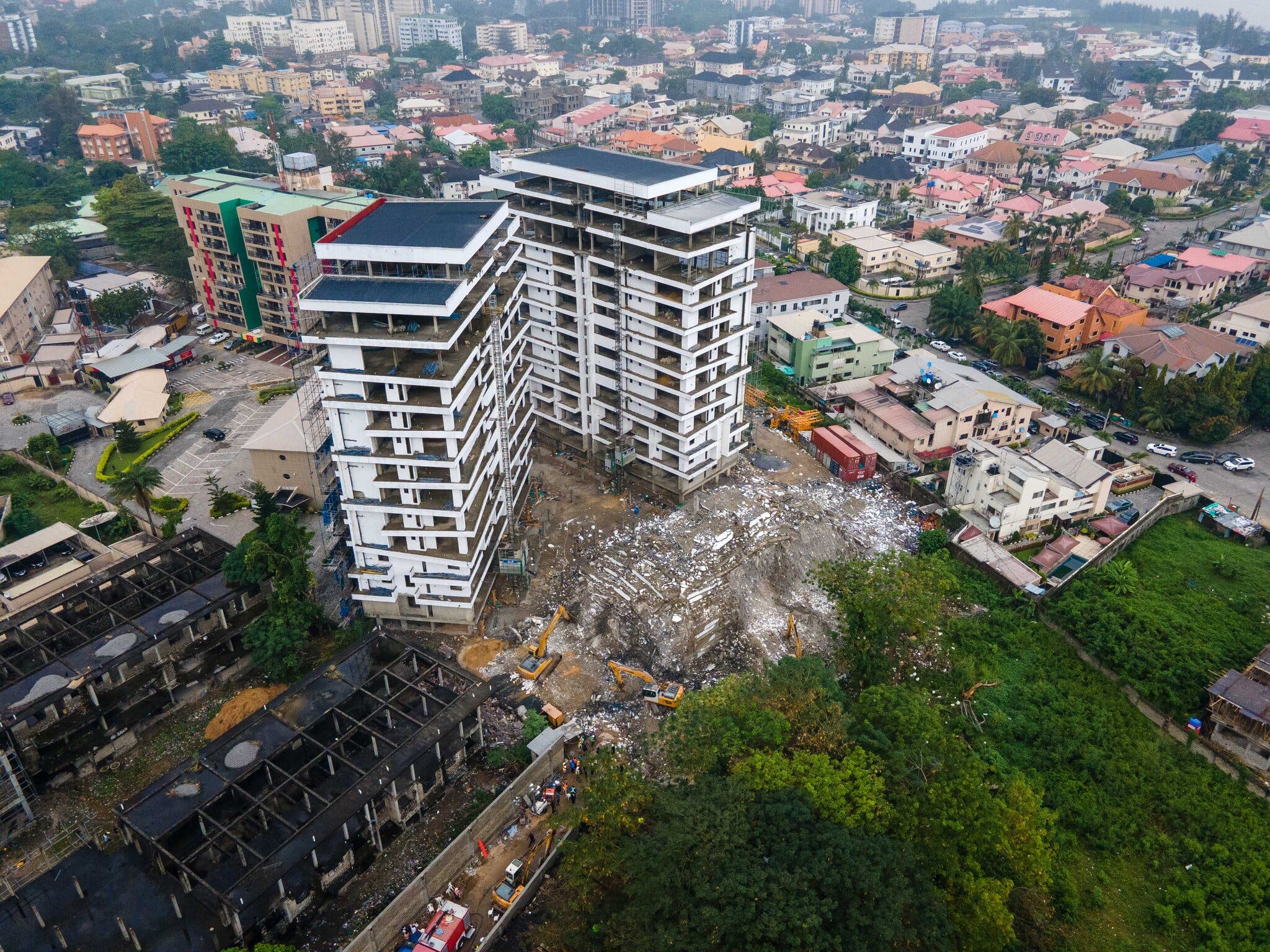 As reported by Channels TV, Lagos Coroner, Chief Magistrate Oyetade Komolafe, has blamed the collapse of the Ikoyi 21-storey building on the negligence in adhering to the best practices by the relevant agencies responsible for approval and supervision of the project.

He said in addition that the supervising agencies deliberately failed to carry out their functions because they were already compromised.

This was the thrust of judgment of the Lagos Coroner set up to unravel the circumstances that led to the November 1, 2021  building collapse at 44, Gerard Road, Ikoyi, Lagos.

21-Storey Building Collapses on Gerrard Road in Ikoyi, Lagos, with Many Trapped.

in his findings, Chief Magistrate Komolafe held that the building’s density and setback on the site showed gross violations of the Lagos State Building Regulations.

He said that the project board which should have boldly shown the sensitive and important information of the names and addresses of the professionals who carried out the project was deliberately not provided.

“This act shows the approving and supervising agencies did not sanction the offender, suggesting that they were compromised,”

He held that there was no quality assurance/control and poor project management on the project site, saying the building structure failure was due to the design errors and combined stress failure of the columns at the lower floors.

Chief Magistrate Komolafe adopted the recommendation contained in the Council for the Regulations of Engineering in Nigeria (COREN) report as the report of the inquest.

The Nigerian Institution Of Structural Engineers (Nistructe) Issue a Press Release On The Collapse Of The 21 Storey Building on Gerrard Road, Ikoyi, Lagos.

He also called on the relevant authorities concerned with the implementation of the recommendations to implement it accordingly. It would be recalled that the Council of Registered Builders of Nigeria (CORBON) had also told the Coroner during the inquest that none of its members was involved in the project.

A registered builder, and member of CORBON, Ahmed Babatunde, made the assertion when being questioned on May 17 at the inquest.

Next
8 Things To Do Before Measuring and Surveying Interior Spaces