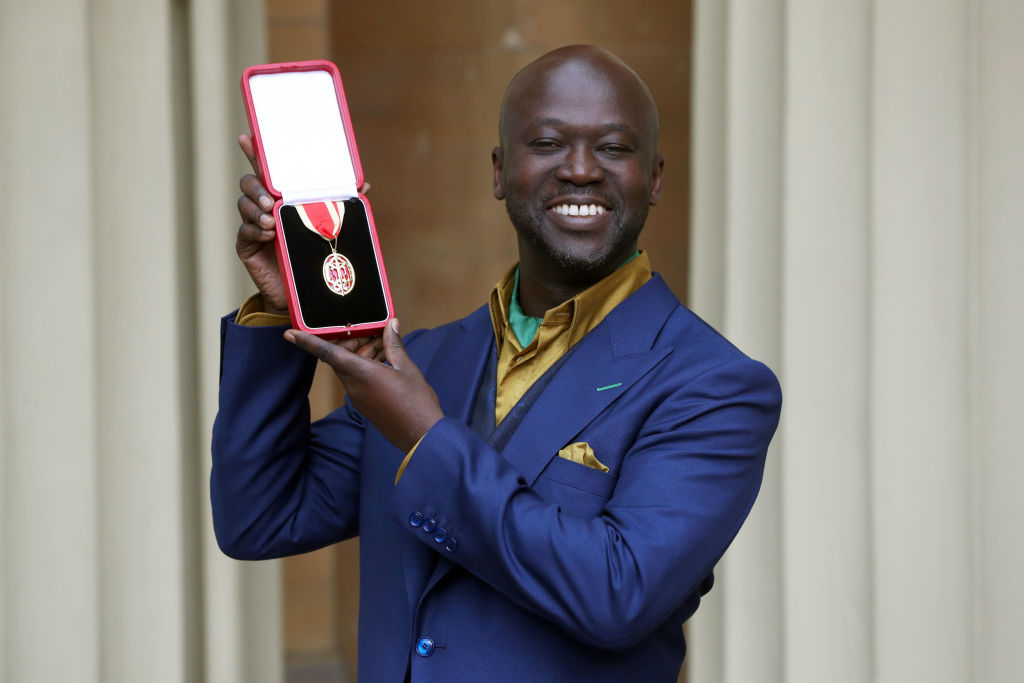 LONDON, ENGLAND - MAY 12: Sir David Adjaye poses after he was Knighted by the Duke of Cambridge during an Investiture ceremony at Buckingham Palace on May 12, 2017 in London, England. (Photo by Jonathan Brady - WPA Pool / Getty Images)
NEWS

[dropcap size=big]R[/dropcap]enowned architect David Adjaye was, earlier today, awarded a Knighthood for his service to architecture in an investiture ceremony at Buckingham Palace performed by Prince William, Duke of Cambridge, as part of the Queen’s biannual honours programme.

“I am deeply honoured and delighted to have received a knighthood for my contribution to architecture, and absolutely thrilled to be recognised for a role that I consider a pleasure to be able to undertake. I would like to thank Her Majesty the Queen for this incredible privilege, which I see as a celebration of the potential architecture has to effect positive social change,”

The knighthood follows two previous royal awards received by Sir David – the 2016 Queen’s Birthday Honours and an Officer of the Order of the British Empire (OBE) in 2007.

Congratulations to architect David Adjaye who has been awarded with a Knighthood for his services to architecture. pic.twitter.com/lu8fwOrYj9

[News via adjaye and associates]

Previous
OUR FAVORITE PRODUCTS FROM THE LAGOS ARCHITECTS FORUM 2017

Next
The (All-in-One) Morpheus Bed by Barberio Colella Arc