As reported by the guardian, a new building technology making its way into Nigeria’s construction industry is offering yet another bait to mass housing developers, with a concept that claims the ability to enhance efficiency by 70 times compared to traditional construction methods.

At a precast factory, which will cover over the 100,000 square metres‎ of land, situated close to the Abuja Train Station in Idu Industrial Area of the territory, a demonstration project has commenced and, if the expectation of the promoters are anything to go by, the new technology will support the efforts of the Federal Government in reducing the huge housing deficit in the country estimated at over 17 million.

Behind the German technology in Nigeria, is one of the nation’s leading real estate developer and construction firm, CTSR Group Limited. The company plans to set up its second factory along the Lagos-Ibadan Expressway in the second quarter of the year. Read the full report from the guardian. 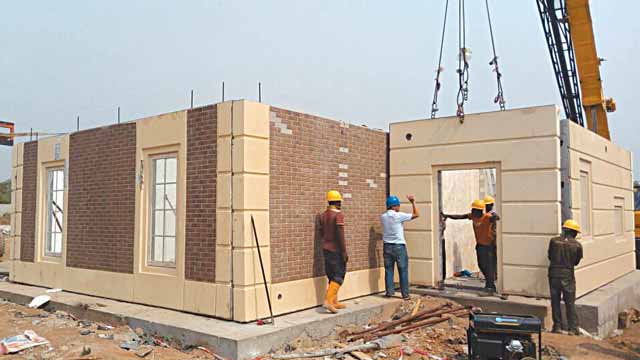