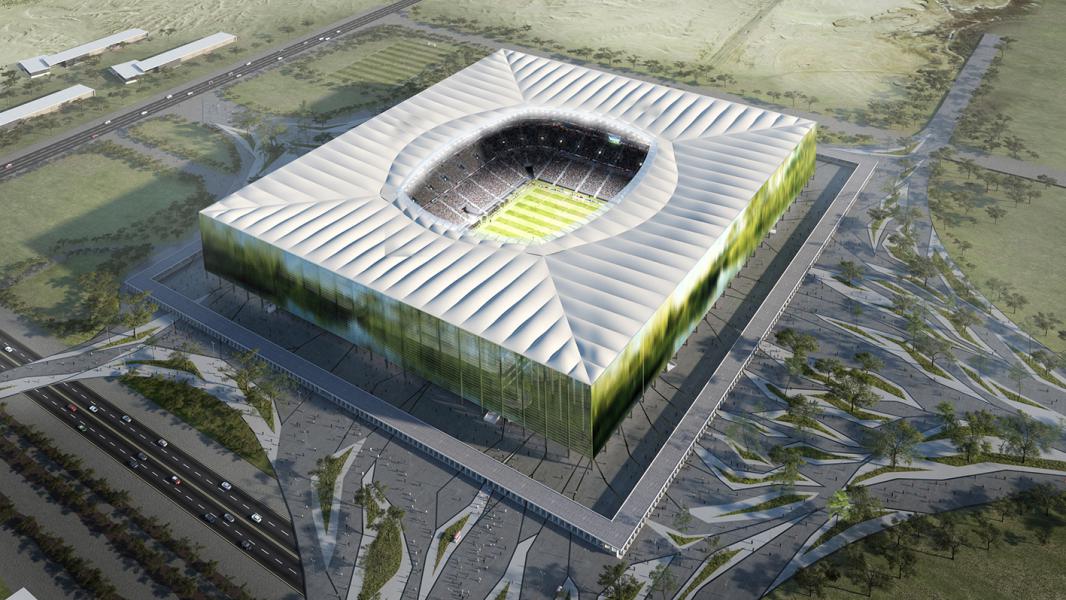 Boogertman and Partners have announced that their scheme for the New Cairo Capital City Stadium, a competition proposal, has been listed as a shortlist finalist in the Future Competition category in the World Architecture Festival 2019.

Now in it’s 12th year, The World Architecture Festival (WAF) is an annual festival and awards ceremony for the architecture industry. It is the world’s largest peer reviewed Awards program that attracts thousands of entries from across the globe.  At the festival this year 538 shortlisted projects from 70 countries will present their projects in a 10-minute session to a judging panel and compete for awards in 31 categories. One of these projects is awarded the World Building of the Year title. All the entries are published in the World Buildings Directory online database and each year the World Architecture Festival publish a list of the winners of the awards.

This year the live judging and presentations will be held in RAI Amsterdam on the 4th to the 6th of December and Alasdair Forsyth , Associate Director and team leader for this project will be representing the Boogertman + Partners  team and presenting in this prestigious forum.

“ We are very excited to once again be engaging with the international architectural community at WAF.  Boogertman and Partners are committed to finding contextually considered solutions to global building types on the African continent.  The fact that we were able to pull this scheme together in record time(10 days) to a very tight proposed budget speaks to the depth of our in house expertise.  I am looking forward to debates with our peers over some delicious Dutch beers in Amsterdam in December.”

The stadium is proposed as a physical and metaphorical building block of contemporary Egypt whilst referencing that which is the lifeblood of both ancient and future Egyptian life – The Nile.

The stadium precinct is conceived as a piece of the Nile river, a dark ribbon of granite splits into tributaries that ebb and flow in and out of the stadium, creating patches of fertile planting for shade and controlling the movement of people through controlled access points.The stadium bowl sits partially “submerged” in this granite river. The form of the roof and shading around the bowl is square and rational, a strict geometry that expresses the human force of will over this harsh landscape. The underbelly of the bowl is a bright red, referencing the Egyptian national team.

Find out more details about the project here.

Boogertman + Partners have been active participants in the WAF awards program and have often featured as shortlist finalists Twice they won the best of Category Award: In 2010 Soccer City, South Africa won the Complete: Sports and Leisure Category and in 2016 Wangari Muta Maathai House, Kenya won the Future: Culture category. In 2017 the New Eye Sight Hospital received a Highly Commended certificate in the Future- HealthCare category.

Further Bob van Bebber (Director at Boogertman+ Partners) has served as a category judge four times previously (2012, 2013, 2017, 2018) and will serve again for the fifth year in Amsterdam in November this year.

At N2.9 million, these Homes in Nasarawa by the Millard Fuller Foundation are the Most Affordable Homes in Africa.

Next
The House at Joo Hong Road by Lim Chai Boon is a modern take on the Tropical Terrace House.