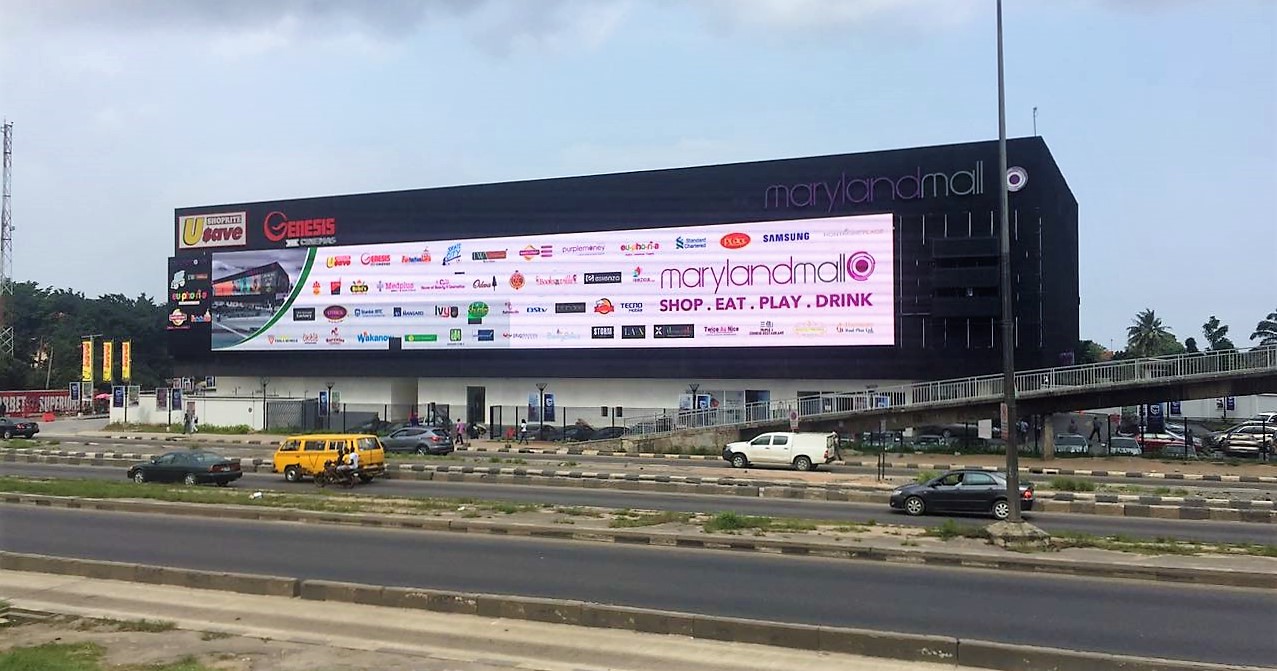 After months of anticipation, the largest LED screen in Sub Saharan Africa is up at the popular, CMD+A designed Maryland Mall.

Covering 540 sqm, (roughly the size of standard plot of land), the 60m x 9m screen, also known as ‘The Dragon’, targets the local out-of-home advertising landscape, in a bid to attract the big and not so big brands that are keen on connecting with an urban and discerning Lagos audience. Features of the socially interactive screen include a Twitter fountain scroller, a Feedticker, as well as Video playback and live streaming capabilities. With ads billed to run in 20 hour cycles for a mobile audience of approximately 5500 vehicles every hour, ‘The Dragon’ is perfect for advertisers seeking to drive engagement with the public.

For more on the LED screen (which also happens to be the 50th largest in the world), check out this article.

Previous
THE CARO HOUSE IN VIETNAM BY NGUYENHIEU ARCHITECTURE