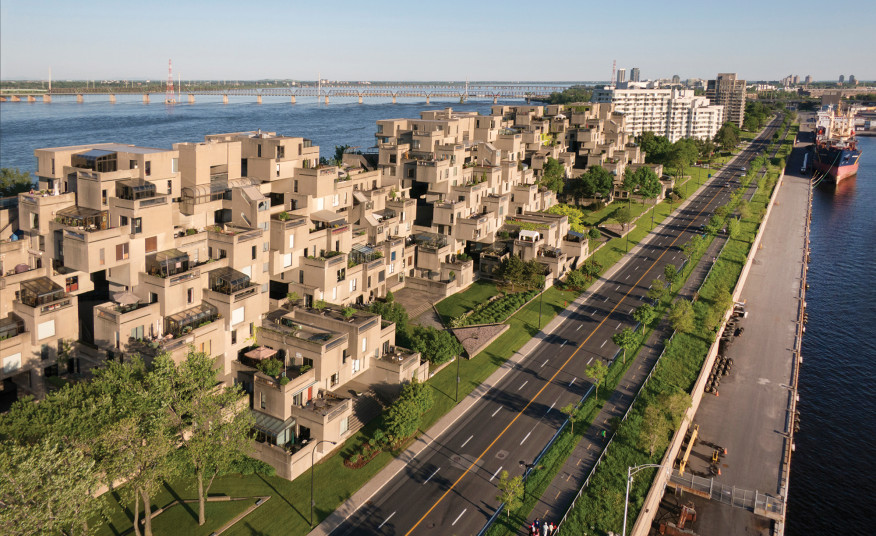 An In depth Look Inside Moshe Safdie’s Iconic Habitat 67 in Canada by Andrew Cole.

This video presentation offers indepth look at Moshe Safdie’s Habitat 67 in Quebec, Montreal, put together by Andrew Cole, who at the time, was an M.Arch Candidate at University of Waterloo School of Architecture.

He goes through the development highlighting its conception, inspirations, costs as well as the challenges faced in bringing the design to life.Habitat 67, in my eyes, is one of the most significant housing developments in modern history. A quick search on wikipedia offers the following description:

Habitat 67, or simply Habitat, is a model community and housing complex in Montreal, Quebec, Canada, designed by Israeli/Canadian architect Moshe Safdie. It was originally conceived as his master’s thesis in architecture at McGill University and then built as a pavilion for Expo 67, the World’s Fair held from April to October 1967. It is located at 2600 Avenue Pierre-Dupuy on the Marc-Drouin Quay next to the Saint Lawrence River. Habitat 67 is widely considered an architectural landmark and one of the most recognizable and significant buildings in both Montreal and Canada.

Habitat 67 comprises 354 identical, prefabricated concrete forms arranged in various combinations, reaching up to 12 stories in height. Together these units create 146 residences of varying sizes and configurations, each formed from one to eight linked concrete units. The complex originally contained 158 apartments, but several apartments have since been joined to create larger units, reducing the total number. Each unit is connected to at least one private terrace, which can range from approximately 20 to 90 square metres in size.

The development was designed to integrate the benefits of suburban homes—namely gardens, fresh air, privacy, and multilevelled environments—with the economics and density of a modern urban apartment building. It was believed to illustrate the new lifestyle people would live in increasingly crowded cities around the world.

Previous
The Modular Checkerboard: A Student Housing Development in France by 2A Design

Next
A CALL FOR CONTRIBUTIONS TO OPEN CITY LAGOS 2017.