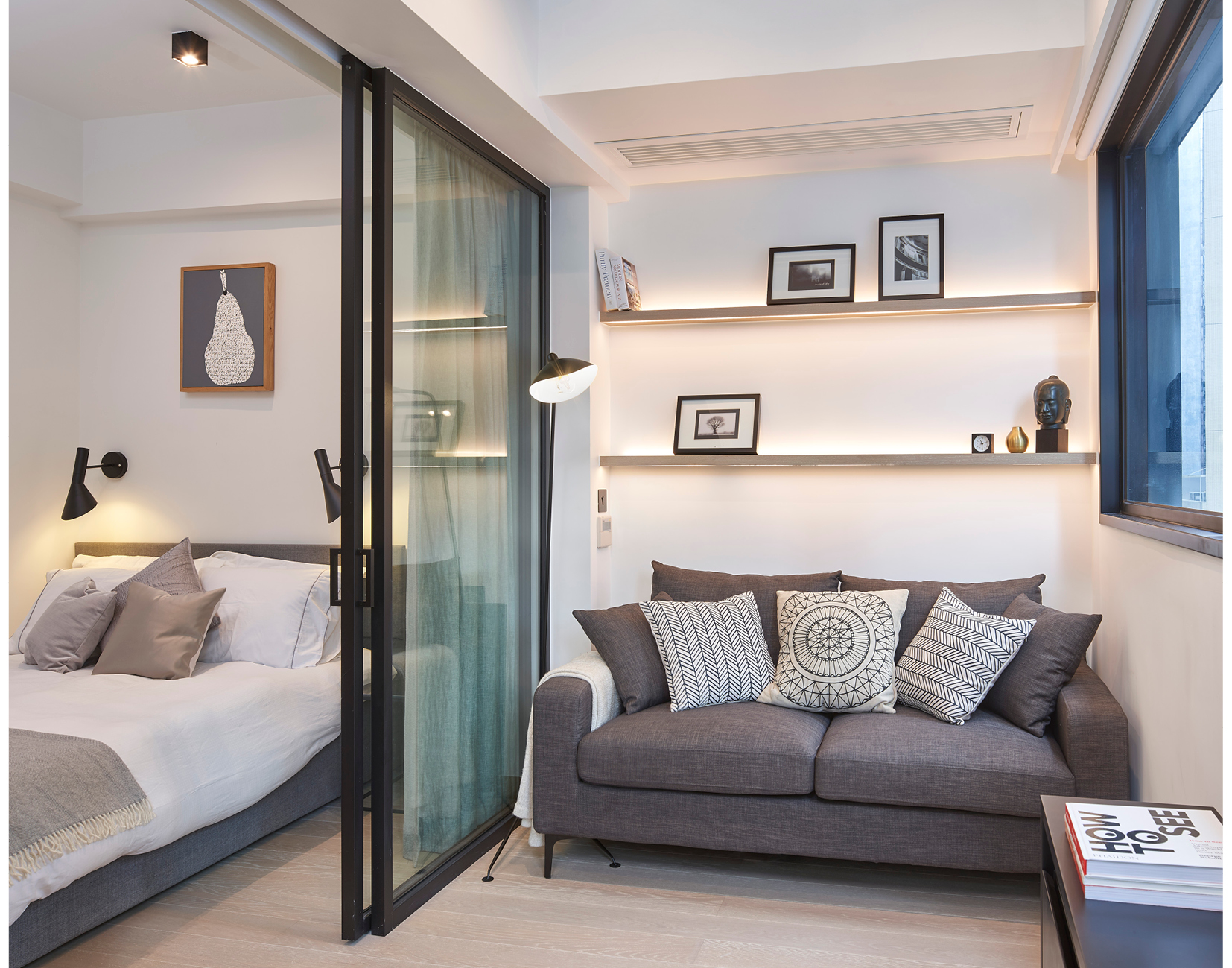 Discussing the Design: PMDL Illustrate How to Design a One Bedroom Apartment with just 25 sqm.

In this video courtesy, Never Too Small, we learn how Architects and interior designers PMDL cleverly maximise space and repurpose a 1960s five storey walk-up building in Hong Kong, to create compact one bedroom apartments.

The building consists of five apartments above retail at ground level. Each apartment covers an area of 25sqm and is designed around a service/utility wall which divides the apartment into functional zones while retaining a sense of space.

Originally built in the 1960s and since fallen into disrepair, PMDL worked closely with the client to revitalise the building by providing a full renovation aligning it with modern minimal design sensibilities while retaining the original’s character and enhancing the burgeoning neighbourhood. The design utilised the building’s 1960’s beam and post concrete construction to open up its facade to flood the relatively small apartments with natural light. The facade was finished with high tech render and contrasting windows which, while giving the building it’s minimal outlook, prolongs the lifespan of its construction breathing life into a previously inconspicuous building.

The building consists of five apartments above retail at ground floor. Each apartment, with an area of 25m2, is designed around a service wall which implies a subdivision of the apartment while not minimising sense of space. The service wall facilitates kitchen equipment, AC ducting and storage, freeing up the rest of the apartment for use. The apartment is focused on a new corner window which overlooks the prominent Queens Road and maximises daylight in the apartment.