In 1969, two architects, Craig Hodgetts and Lester Walker, sought to redesign New York City and in their proposal was a lofty idea, to create a bus that would travel long distances not as the typical bus would do on the roads but rather as an elevated futuristic vehicle able to transport large numbers of people without any fear of traffic, simply by allowing other cars pass underneath it. They called it the Bos-Wash Landliner as it was intended to travel between Washington D.C. and Boston.

Fast forward 40+ decades and we have the Land Airbus. A proposal by a Chinese engineer, Song Youzhou,
which made headlines back in 2010 with a short video going viral at the time, but, no tangible progress ever being recorded. That, may all be about to change. Here’s the story as seen on city lab, 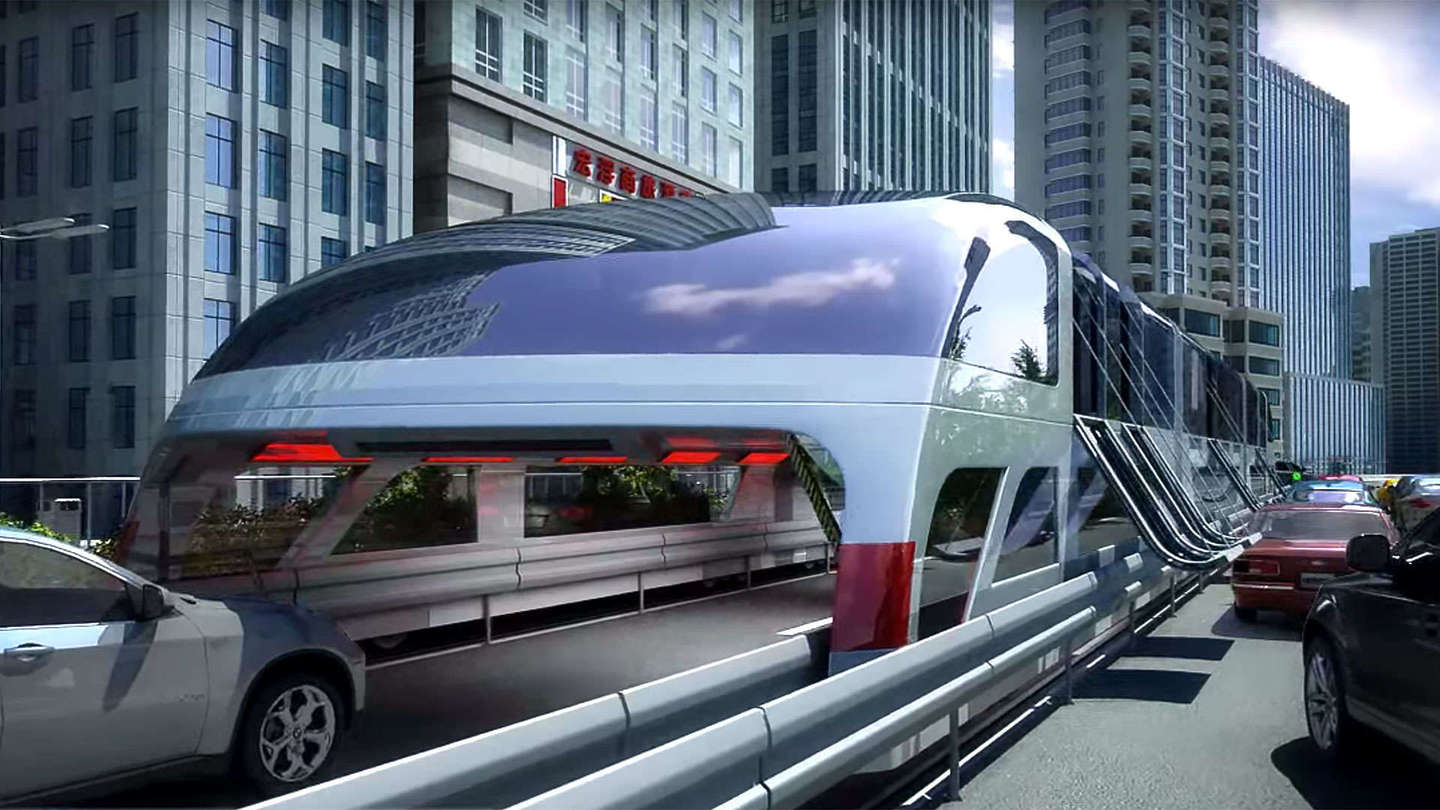 What if there were a city bus that could carry more than a thousand passengers from one point to another without taking up any space on the road?

As fantastical as that sounds, it’s a solution that Chinese cities like Beijing are actually considering. Participants at the 19th International High-Tech Expo in Beijing this weekend watched excitedly as a tiny “straddling bus” gobbled up cars and spit them back out as it glided above the traffic in a model city. It’s a replica of what could be the future of China’s public transport.

The bus would span two traffic lanes and carry up to 1,400 passengers. It would travel up to 40 miles an hour above street level on a special track, allowing regular cars under 7 feet high to freely pass underneath. (As a extra touch, its underbelly even simulates the sky.)

More importantly, it would run on electricity and take the place of 40 buses, which could cut annual fuel consumption by 800 tons and carbon emissions by almost 2,500 tons, according to an interview with the chief engineer, Song Youzhou, conducted by China’s official news agency, Xinhua. And it would be less expensive than a subway system as it doesn’t involve digging up the ground.

Previous
The Iceberg in Denmark by Cebra, JDS, Search and Louis Paillard Architects

Next
Steam: An Impressive Furniture Series by Bae Sehwa