Salesforce Transit Center is a state-​of-​the-​art multimodal transit station in downtown San Francisco, linking 11 transit systems and connecting the city to the region, the state, and the nation. The innovative, highly sustainable design includes a 2.2-hectare (5.4-acre) rooftop park that anchors the growth of a new mixed-​use neighborhood. In the spirit of New York’s Grand Central Terminal and London’s Victoria Station, the Transit Center’s soaring light-​filled spaces give San Francisco a grand entrance that befits its status as one of the world’s great cities.

The new Transit Center stretches for five blocks along Mission Street, one block south of the city’s Financial District. A gently undulating wall, floating above the street on angled steel columns, is visible from afar, creating a graceful, luminous, and welcoming image. At street level, shops and cafes draw visitors and energize the surrounding neighborhood, while high above, the trees and flowers of the rooftop park invite people to visit for longer periods, transforming the Transit Center from a commuter hub to an urban destination.

Within the Transit Center, the space is open and light-​filled. Tall, structurally expressive skylights — “Light Columns” — bring sunshine deep into the building, creating a vibrant, inviting atmosphere. The largest Light Column forms the central element of the 36-​meter tall (118-​feet tall) Grand Hall, the Transit Center’s primary public space. Reaching from the park, down through the bus deck and Grand Hall, and all the way to the train platforms two stories below grade, this dramatic structure provides light and long views to all areas of the Transit Center.

The heart of the Transit Center’sdesign is the rooftop park. Dense with nature and activities, it has over a dozen entry points, potentially including bridges to surrounding buildings. Active and passive uses are woven into the landscape, including a 1,000-person amphitheater, cafes, and a children’s playground, as well as quiet areas for reading, picnicking or simply taking a break. The park presents a wide variety of Bay Area ecologies, from oak trees to a wetland marsh.

You can view images of the construction process on the architect’s website, and those of the final build in this article by fast company.

Salesforce Park has been conceived of as a multifunctional space providing respite, activity, and education for transit users and local residents alike. It is integrally designed with the building in order to achieve expansive areas of soil to support large, healthy trees and shrubs, and to seamlessly tie into the architectural sustainability programs. 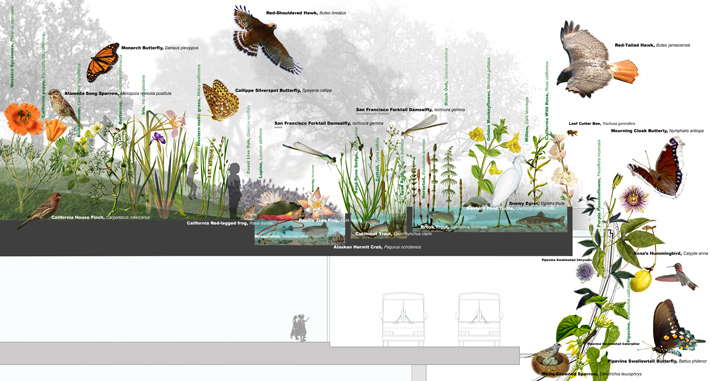 The park design is composed of curving paths that lead visitors through different experiential settings, both contemplative and social. In order to create a topography that blurs the distinction between roof and ground, the park will integrate mounded vegetated hills with domed architectural skylights that allow daylight into the terminal below. PWP worked closely with environmental artist Ned Kahn on a 1,200-foot-long Bus Jet Fountain—a feature in which buses moving through the terminal trigger jets of water in the park above. 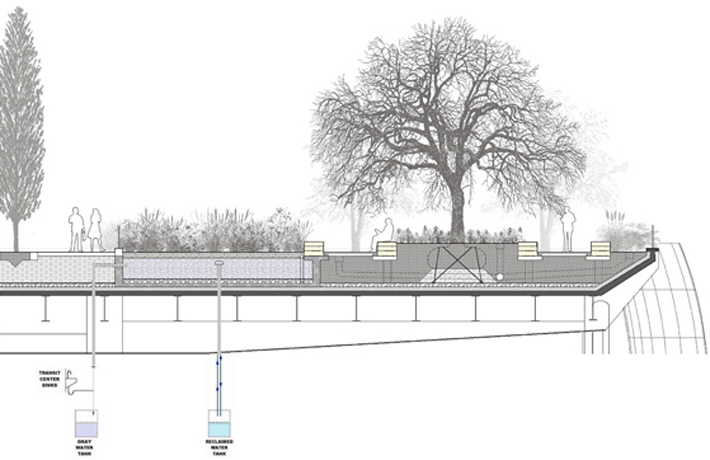 The park actively improves the environment by absorbing carbon dioxide from bus exhaust, treating and recycling water, and creating a locus in downtown San Francisco for birds, butterflies, and other pollinators. Storm-water runoff from the roof-top park, as well as water from the sinks in the terminal building, is collected and polished in a subsurface constructed wetland at the east end of the park. The water is then used in the restrooms throughout the terminal. 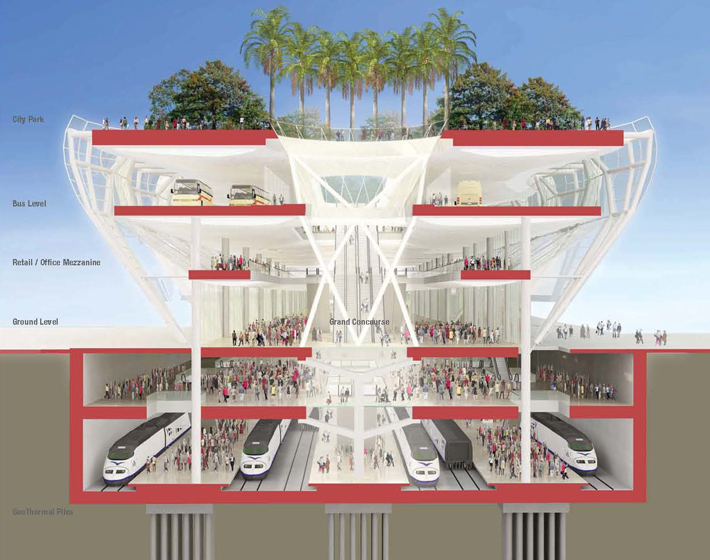 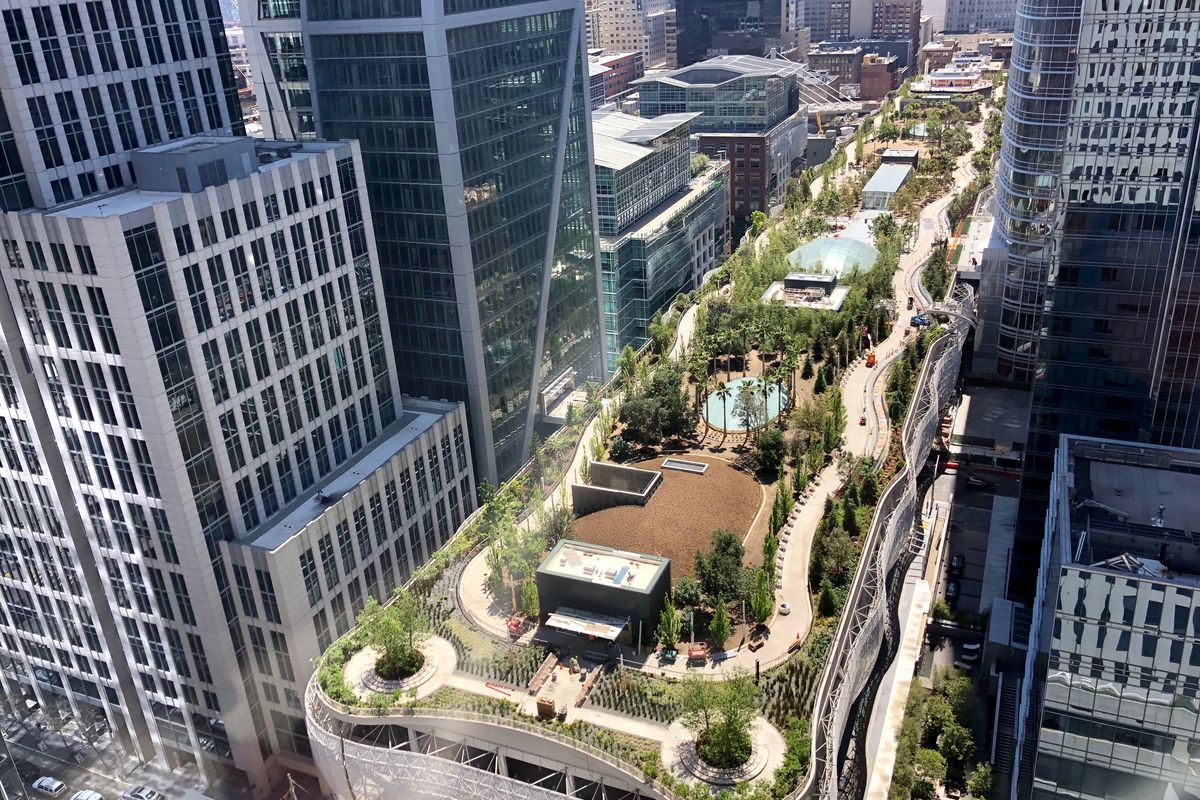