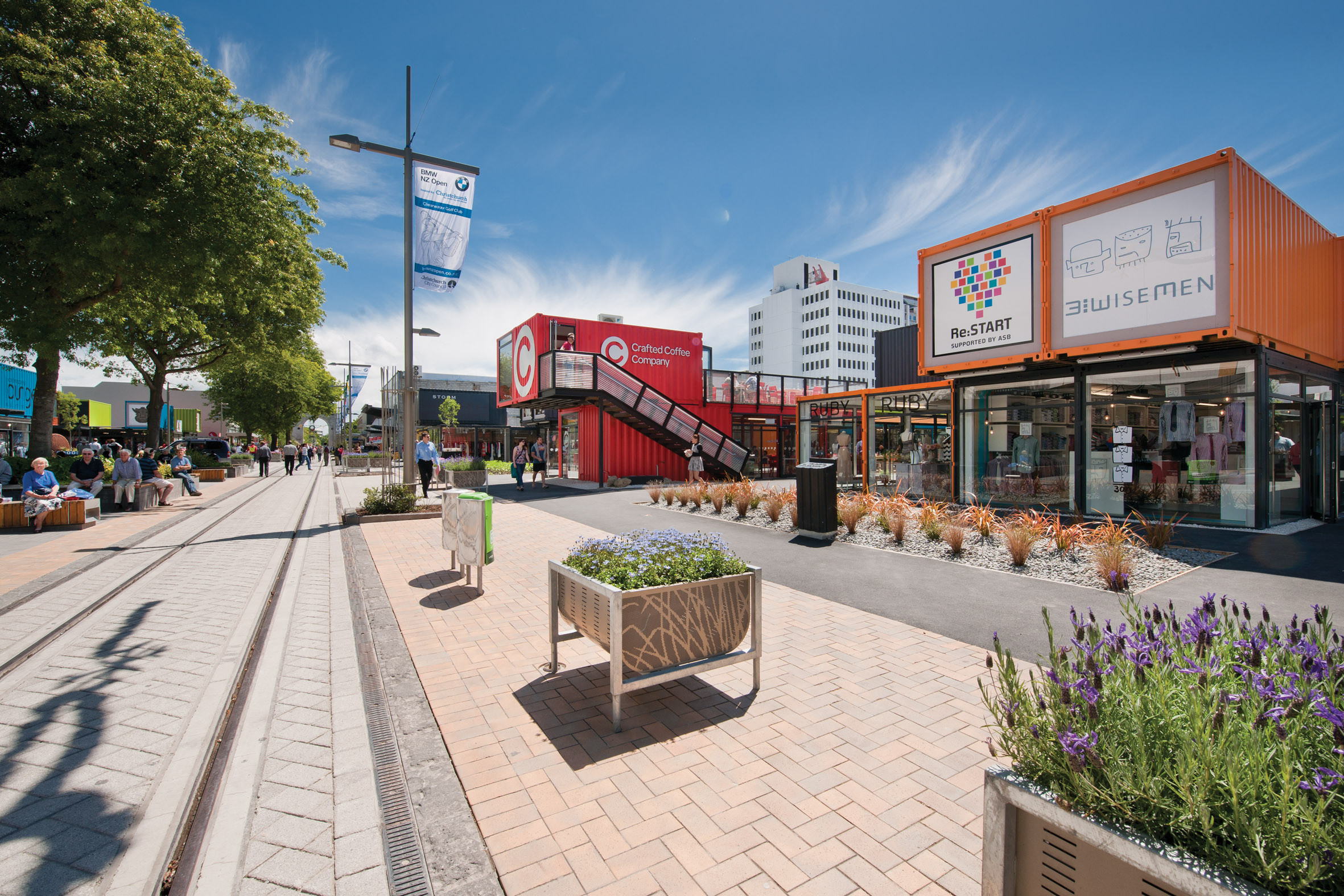 Christchurch is a garden city on the east coast of New Zealand’s South Island, set on the Canterbury Plains.  In 2010 and 2011, 2 major earthquakes destroyed many city-centre buildings, and as such the entire city centre was cordoned off to the public. This is still so today, but is slowly beginning to change, and this project is spear heading that charge. ReStart is a unique and vibrant retail development constructed entirely from shipping containers, and is the first post-earthquake development in and around the city centre.

Designed by the New Zealand office of the Buchan Group, the mall was constructed using 61 shipping containers at a cost of just over NZ $500,000 and completed in only 8 weeks by Leighs Construction. Its home to well over 50 businesses as well as market stalls and street perfomers. Designed as a reusable facility, the Re:Start shipping container mall  will eventually be “unpacked”, transported and used elsewhere as a recycled resource for the City of Christchurch at other locations.

This short documentary goes behind the scenes and looks at some of the wider ramifications this project may have going forward for Christchurch. 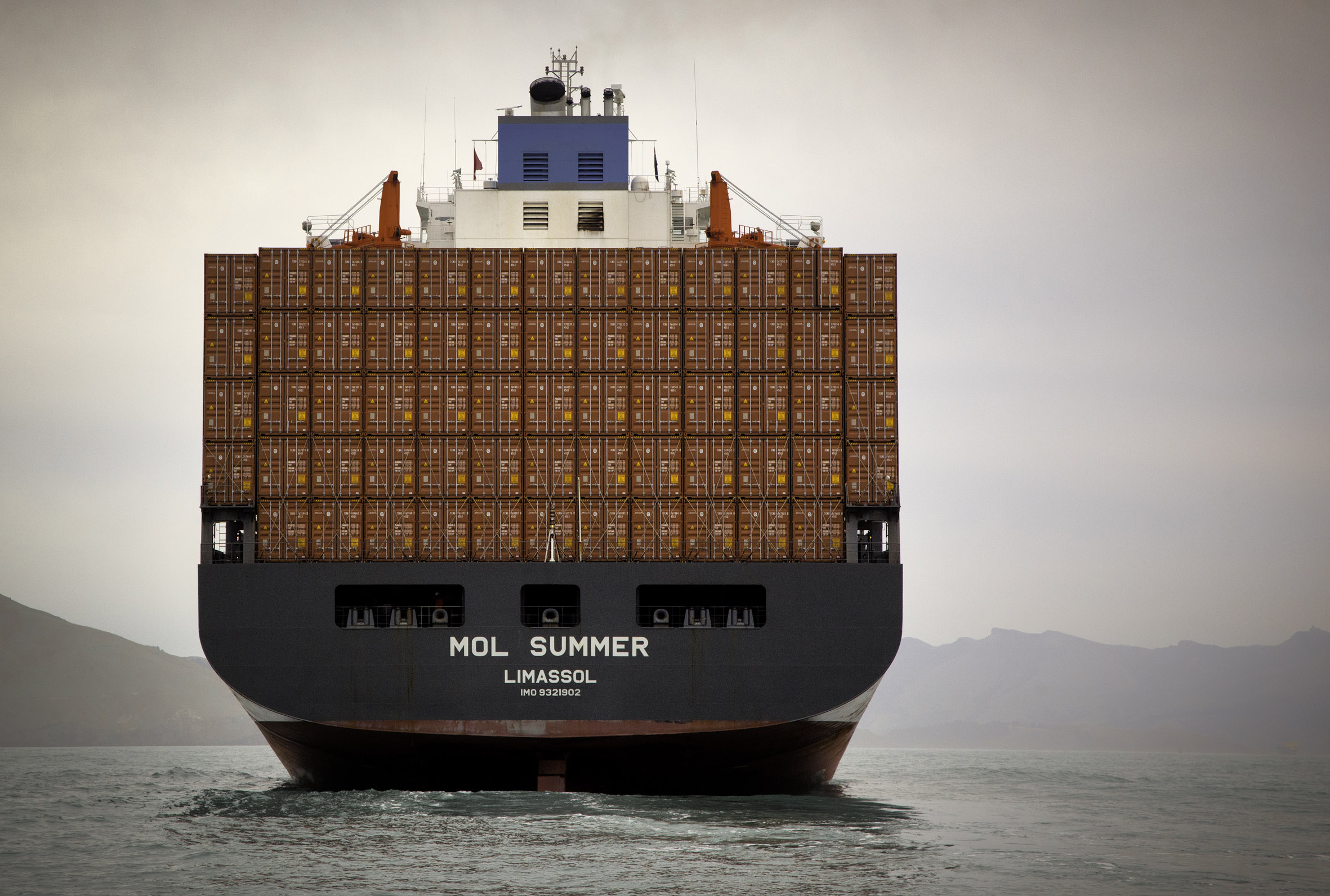 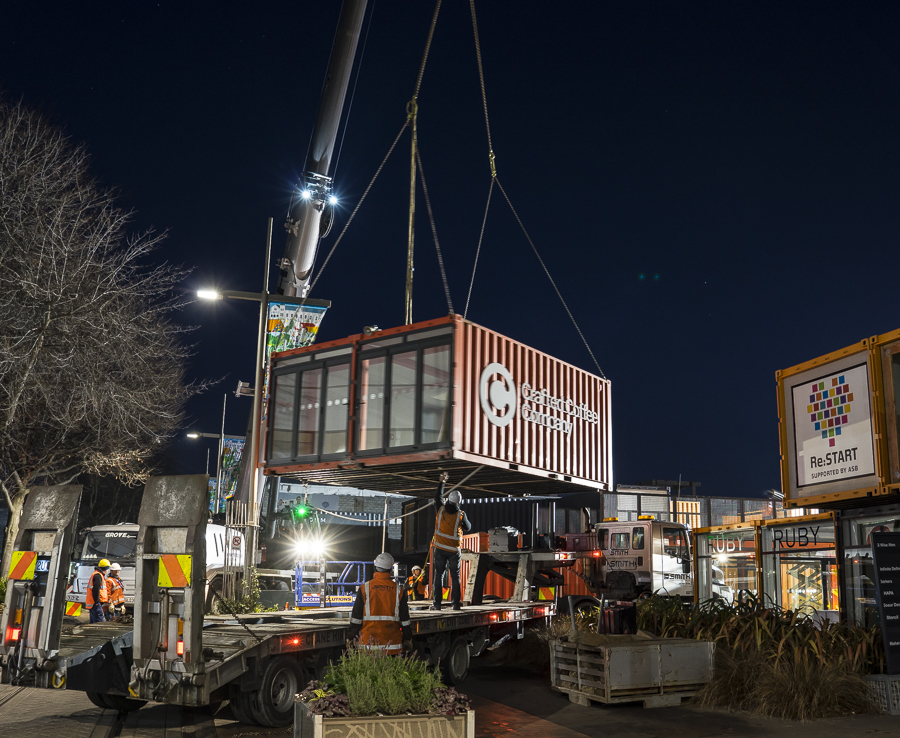 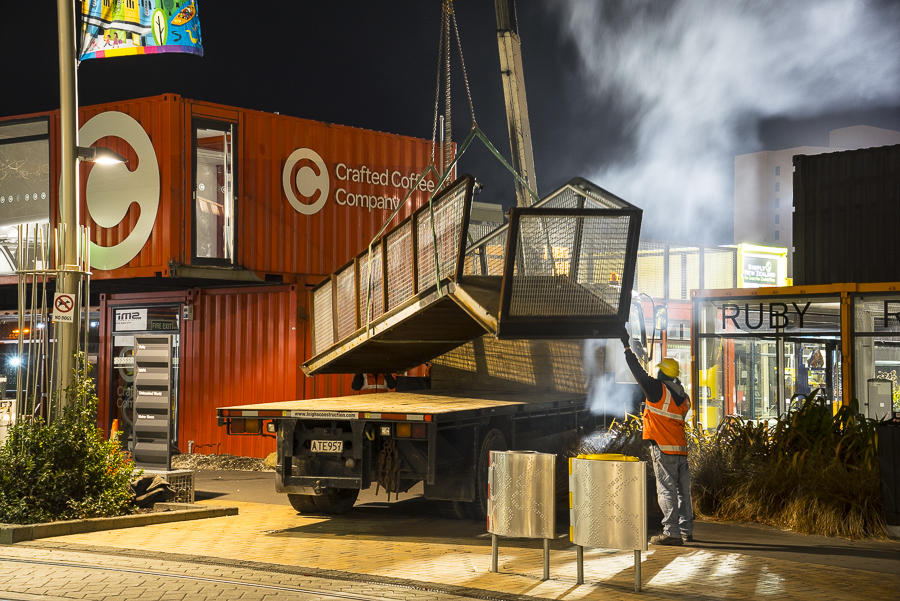 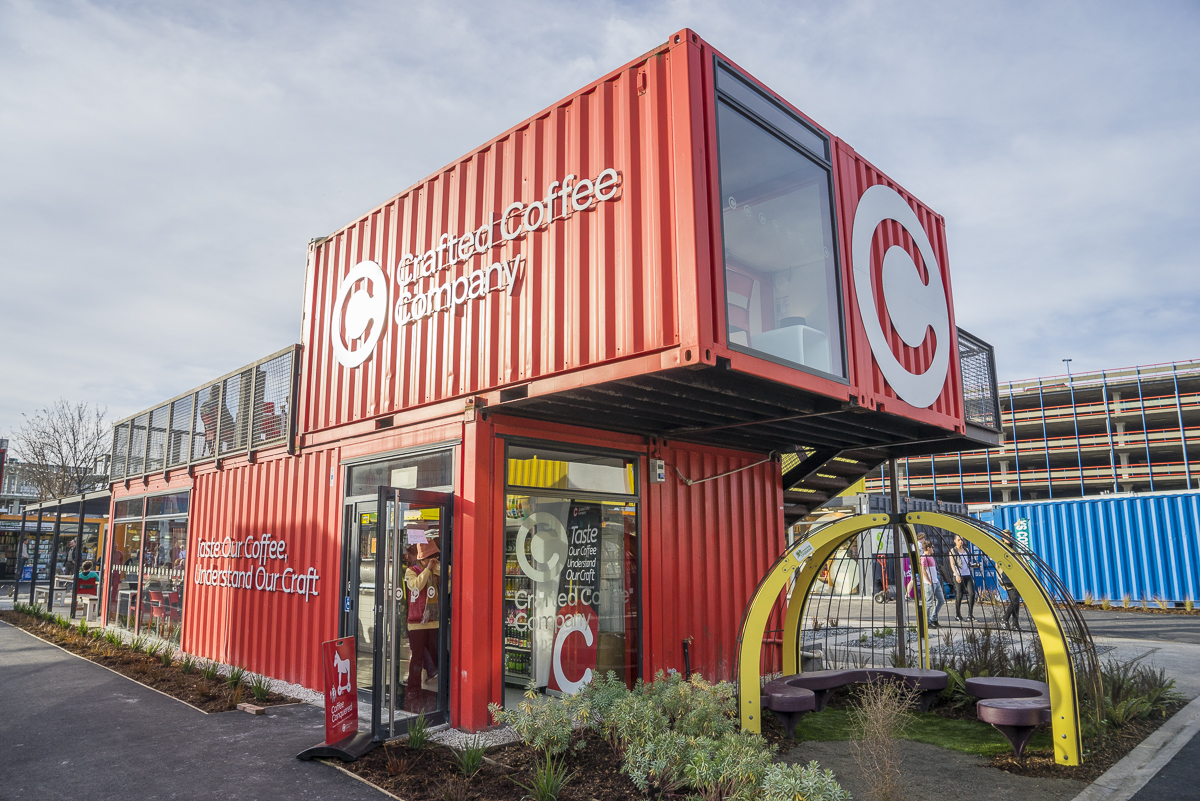 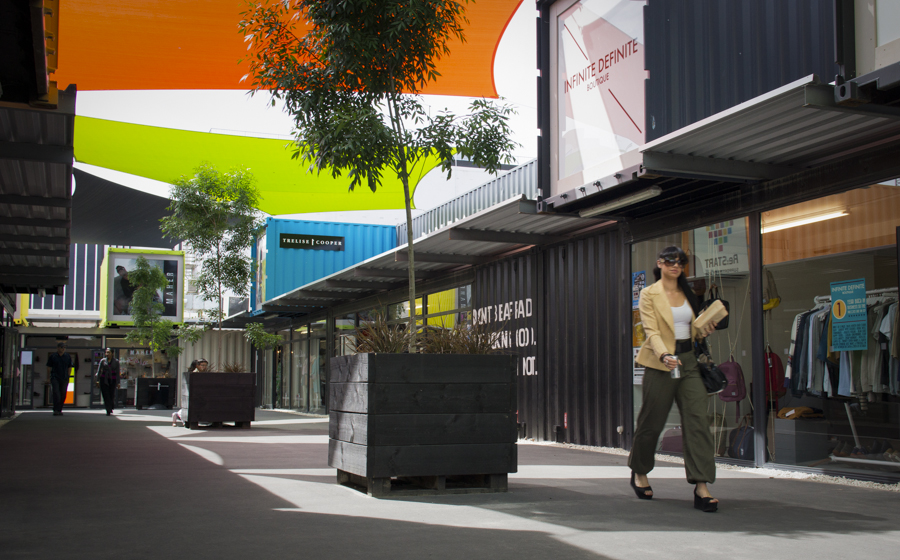 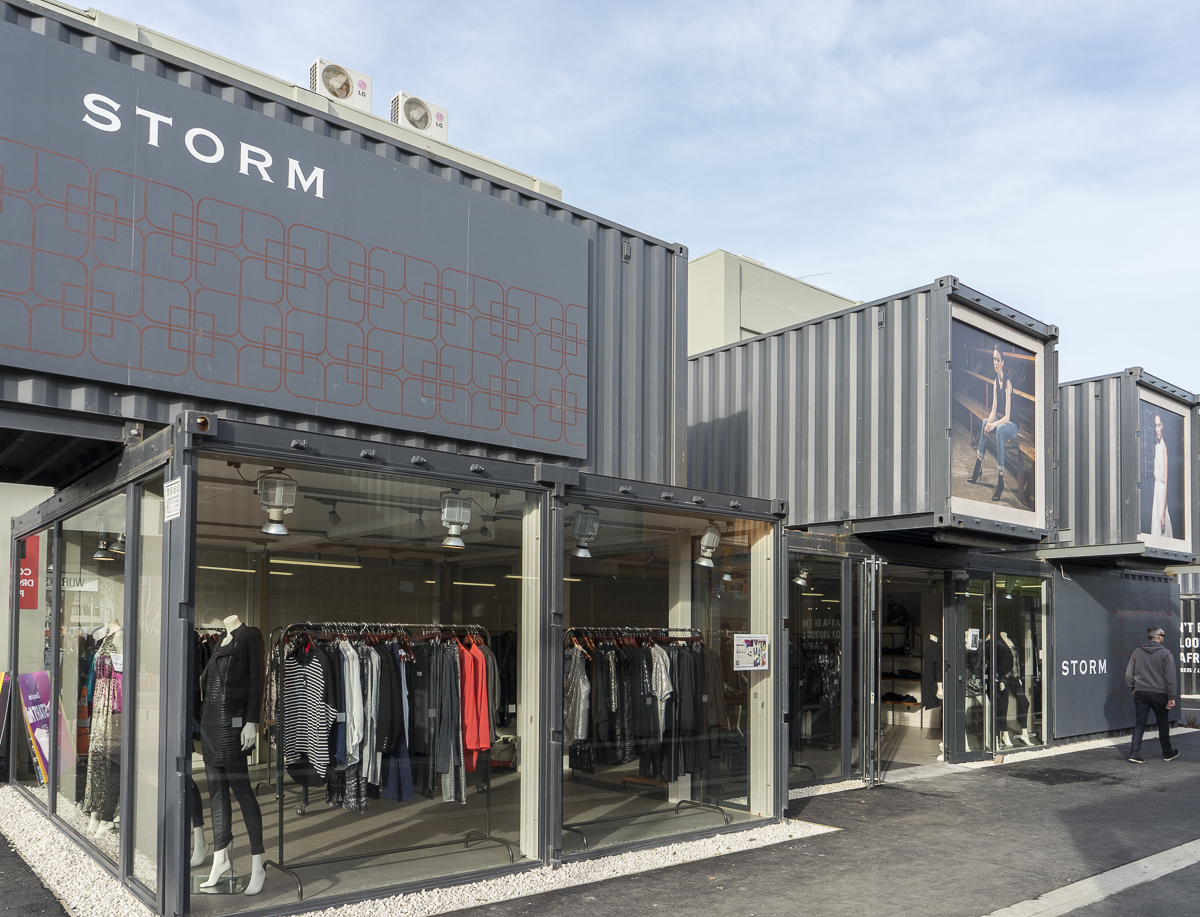 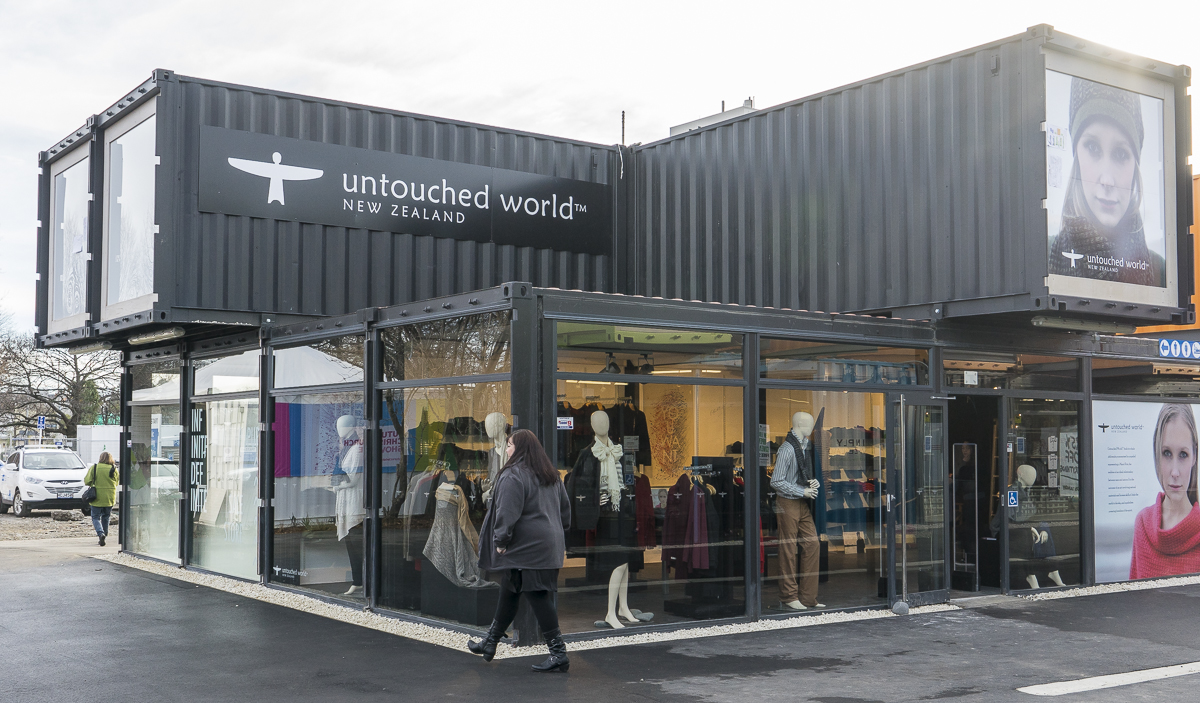 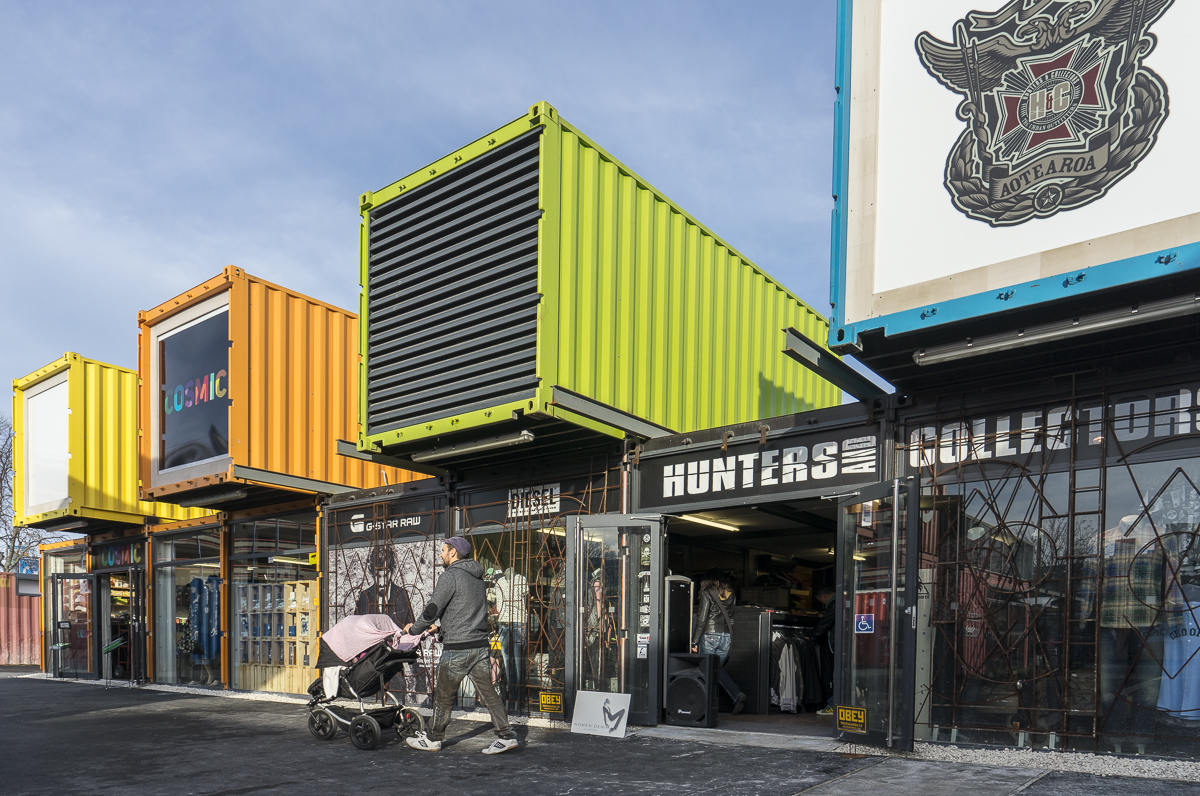 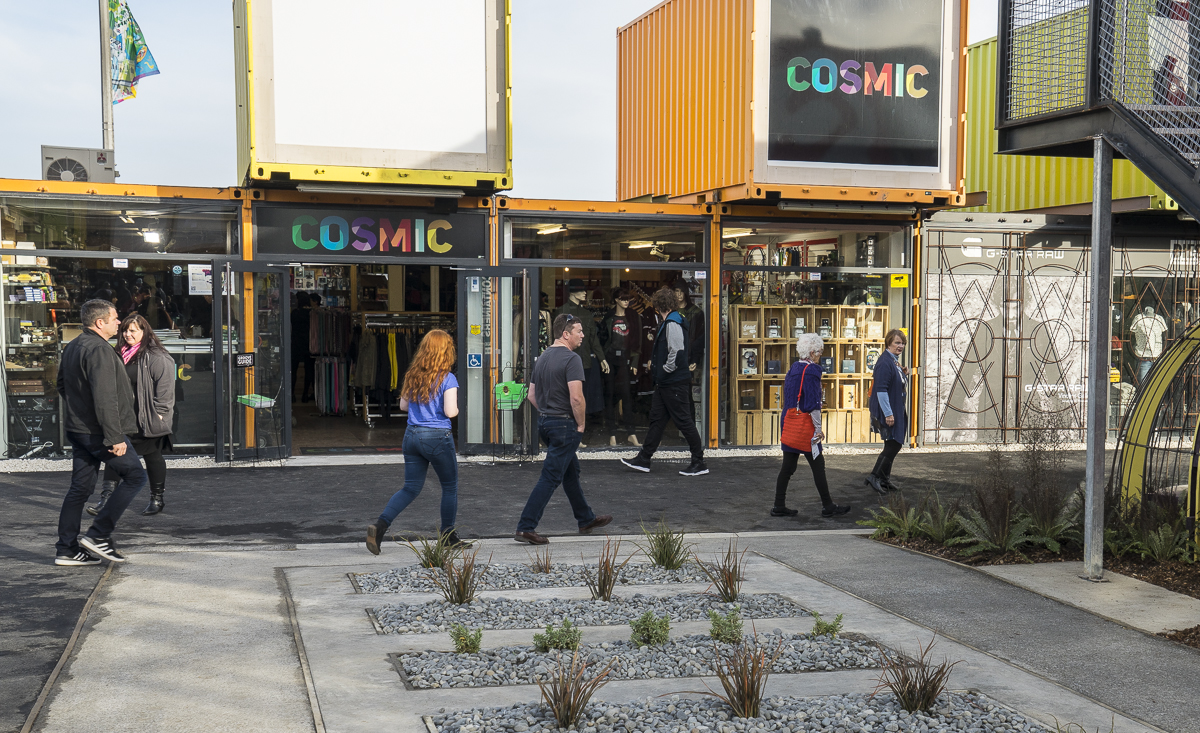 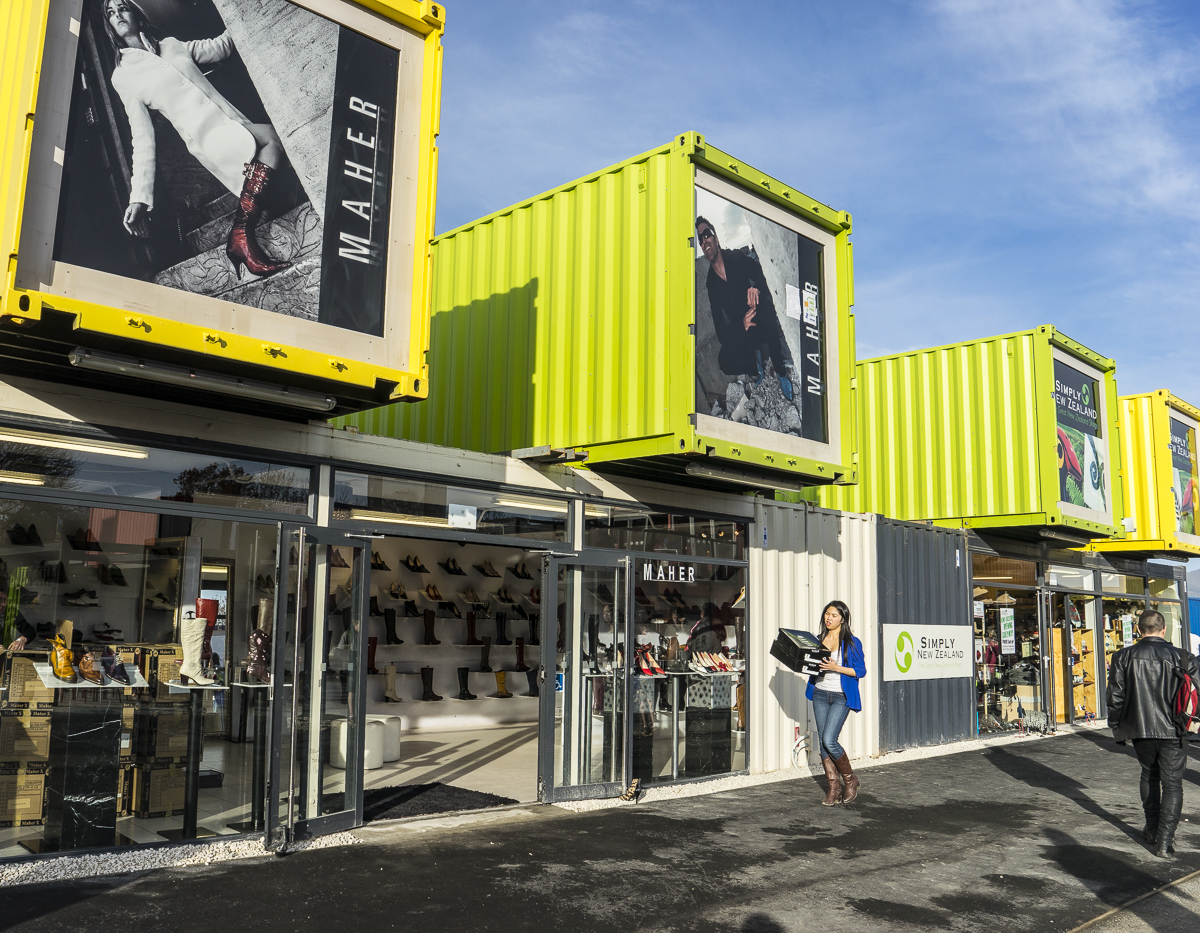 Next
THE 737 COWLING CHAIR BY FALLEN FURNITURE