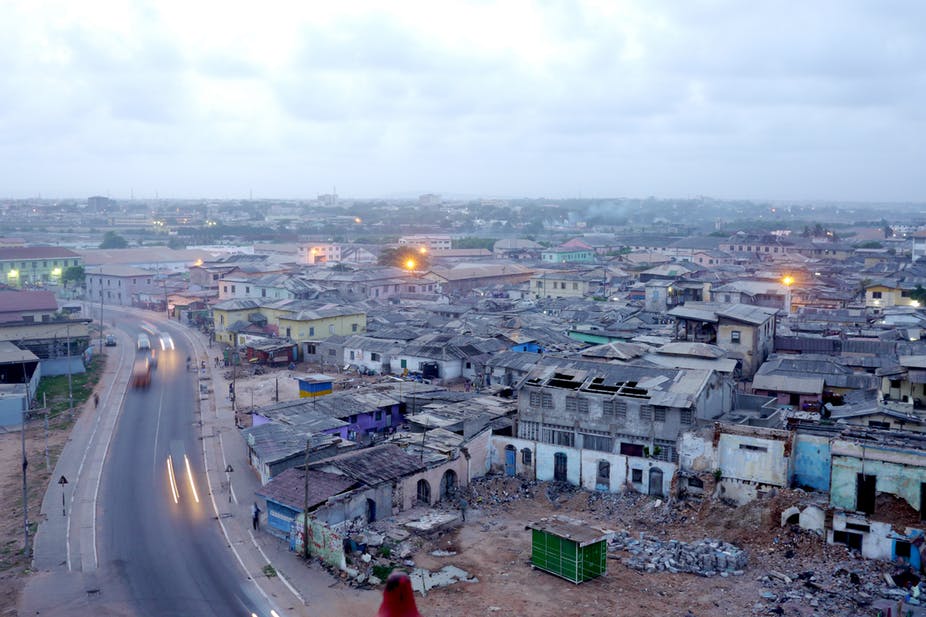 What Housing Policy makers can Learn From Slum Dwellers in Accra, Ghana.

Originally published on the conversation, this article by Seth Asare Okyere, Matthew Abunyewah, and Michael Odei Erdiaw-Kwasie speaks to lessons that policymakers in cities can glean from the informal settlements across African cities most call slums, with a focus on Accra. The piece sheds light on informal urbanisation and self-organisation, the rise of this informality and its inherent social capital that galvanises the so-called poor to in these slums to pool together resources and help themselves.

A significant portion of people who migrate from rural to urban areas across Africa end up trapped in slums, where living conditions are characterised by overcrowding, poor housing, limited access to water and sanitation, and insecure tenure. Many of these informal settlements are largely treated as a nuisance by authorities. This condemns millions of people into helpless poverty.

But not all informal settlements are helpless. Many host remarkable community driven initiatives to make the environment liveable. A collection of initiatives like this in different areas has shaped up into a movement generally tagged self-organisation. The concept refers to a collective, bottom-up activity by residents who use social capital to address common challenges where they live.

We have been doing research in informal settlements in Ghana’s capital Accra over the past four years. What we’ve found are pockets of bottom-up residents’ initiatives scattered across the city’s many informal spaces.

Our study zoomed into an informal settlement called the Abese Old quarter of La Dadekotopon District. The study looked at how self-organisation in the area is shaping up. We also explored how the organisation could be engaged by authorities.

There are good lessons for other cities across the continent. For example, we found that policymakers and civil society were aware of initiatives in slums, but had done little to support them. This meant that the creativity, community spirit, and enthusiasm of slum dwellers to taking initiatives on their own were being stifled. In addition, local authorities have not taken advantage of collective creativity and local responses as a learning avenue for addressing the challenge of slums.

Each year, about 10 million people are added to the urban population of sub-Saharan Africa. And two-thirds move into slums. Urban informal settlements dominate urban development across the continent. Many invariably turn into slums.

Instead of writing off these settlements as hopeless, authorities need to find a way to harness their self-organisation initiatives. One way of doing this, for example, would be for policymakers to identify with local people initiatives that could benefit from financial and technical support. This could make living areas more sustainable and liveable.

There are signs of change. Self-organisation has emerged as a novel strategy for people living in informal settlements. It is now being embraced by those designing policies to address the many urban crises facing slum dwellers. This applies to Accra too.

Following the pockets of residents’ initiatives scattered across many informal areas in Accra, Ghana’s recently designed urban policy recognises the value of self-organisation and social capital in slum communities. For example, they encourage residents to organise themselves into cooperatives and associations to take responsibility for neighbourhood improvement programmes.

But this step hasn’t been followed through with the support that’s needed. For example, district development plans have yet to factor in strategies for building on existing collective initiatives and activities.

Read the full article on the conversation.