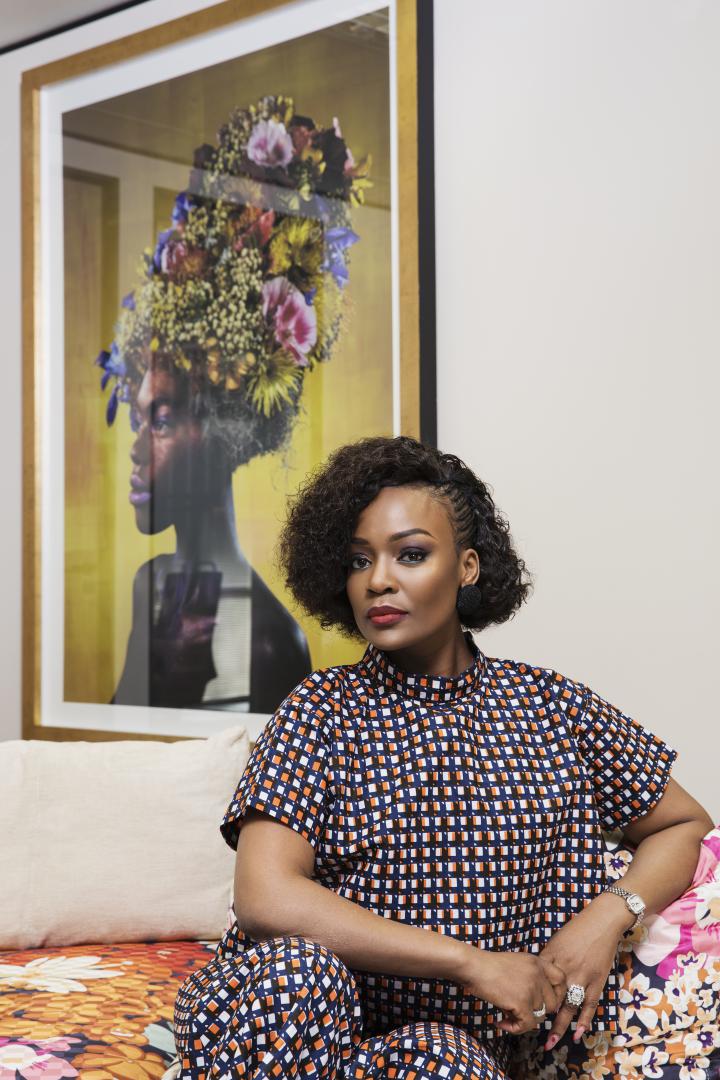 With just 4 years in the game, interior stylist, Mali Langa of Task Interior Styling is taking charge of the interior design industry and is not stopping anytime soon.

Mali Langa is an award-winning interior stylist and businesswoman residing in Johannesburg, South Africa. She is the founder of boutique interior design company Task Interior Styling, from which she has led her team to create one of a kind interior designs which has put her name on the map. She has often been described as a ‘creative visionary’ whose hard work and determination resonate in the work she produces. Her design style is deeply rooted in luxury and opulence which sets her apart from her competitors, further positioning her as an industry leader both in South Africa and internationally.

Her devotion and commitment to her work have accorded her with an array of accolades.
In 2019, she achieved Decorex award-winning status where she received the awards for
‘Best Newcomer’ and ‘Best Decor Stand’ as well as receiving an ‘Exhibitor Distinction’ at
the 2019 ROAR awards.

Beyond being an industry leader, Mali Langa is also a firm believer in giving back to her
community and as such established her NGO, The Mali Langa Children Foundation, to help
the less privileged children in her community. She uses this as an opportunity to advance
the lives of the children who come from less fortunate circumstances.

Founded in 2016, Task Interior Styling has built a name for themselves in the interior design industry through creating bold, eclectic, luxurious designs that have gradually made them a force to be reckoned with. From minimal to luxury designs, the company has explored it all, setting the bar even higher with each new creation. Under the tutelage of Mali Langa, Task Interior Styling has completed noteworthy projects both in the residential and business space, utilizing Mali Langa’s signature style which can be described as maximalist modern and eclectic.

With the changing world we are experiencing, Mali Langa is making an effort to be a
notable example to other business professionals through exploring new business ventures.
Being a fervent believer in innovation through collaboration, she believes that success
comes through collaborative efforts. This is what stemmed her interest in working with professionals in the Nigerian interior design industry and related industries.

2020 might not have been the year anyone hoped for, however, Mali Langa is setting an example for business professionals on how they can overcome the setbacks through engaging in relevant collaborations to achieve business success. She often describes herself as a true African woman and uses this as an inspiration for her business ventures hence her interest in collaborating with Nigerian interior design professionals and Africans at large.

Mali Langa’s agenda goes beyond just two groups coming together to achieve success as
she intends to create a lasting difference through the collaborative efforts, thereby
inspiring other business professionals within her industry and beyond. A resilient
revolutionary indeed!