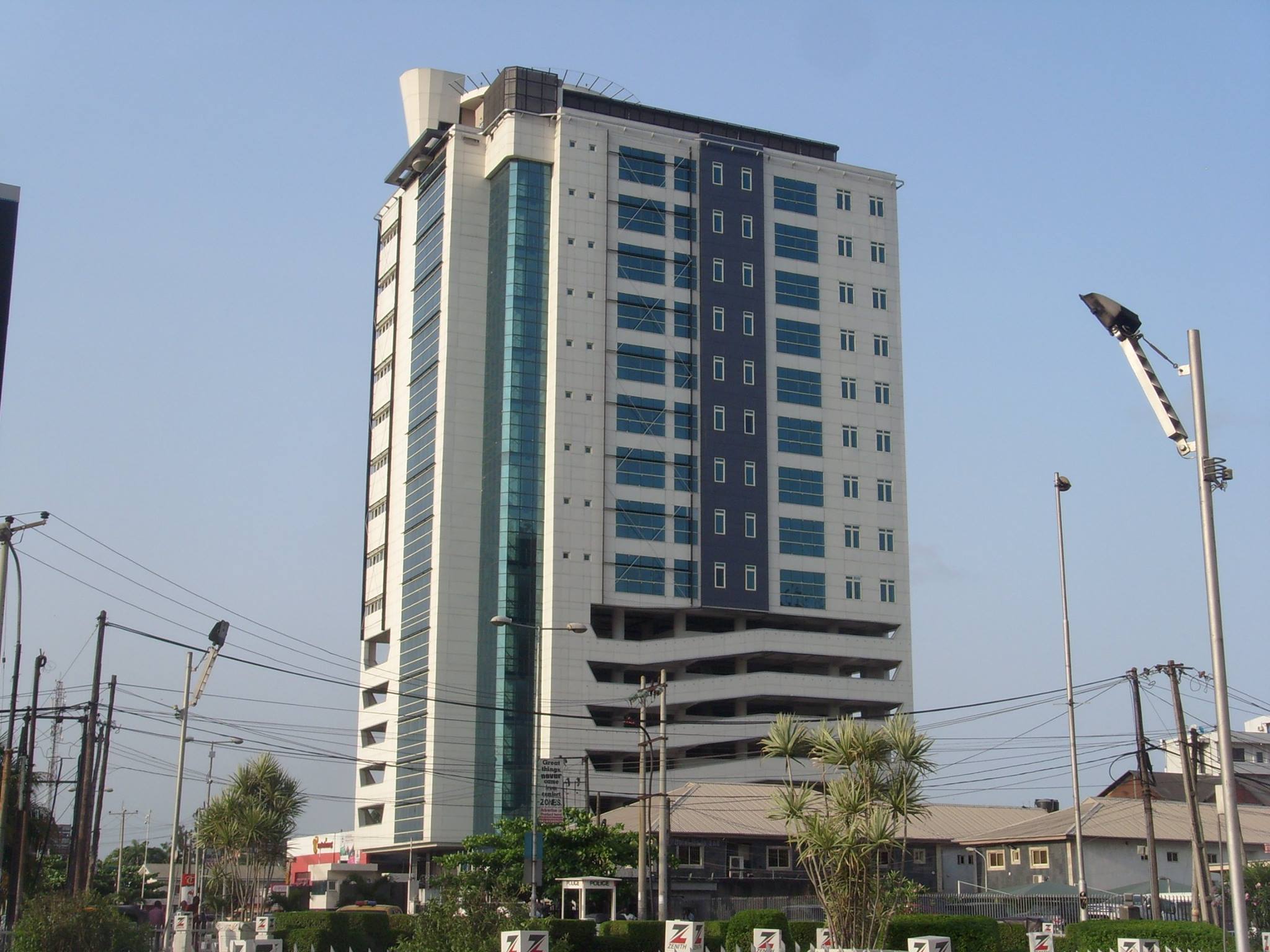 KAN IT OR KAN’T IT: MY GROUSE WITH KANTI TOWERS IN LAGOS BY AZDEC ASC

Livin Spaces·Nov 13 2014·0
Share
[dropcap size=big]A[/dropcap]s we’ve featured before, heres yet another contender for Office Address of the year in Lagos, the KANTI TOWERS on Victoria Island, however, I fear that the title may be largely due to its location.
Designed by AZDEC ASC, the KANTI offers a 15 storey office complex with 2 basement floors, 5 floors of parking (for 100+ cars) and 10 floors of office space, carved into 550 sqm on a 1200sqm site. It cost about N1.6 billion to erect and is right now on the market seeking tenants.
Okay, its on the island, within striking distance of key multinationals and hotels amongst many other amenities. There’ll probably be uninterrupted power supply and thanks to its height you will enjoy nice views of the city and the Ocean.
All well and good, but, it feels like a missed opportunity. Looking at the finished building, I wish the designers could have put more thought into it and turned it to a real icon on the island. This is not to say the design is bad, just that it could have been better and having gone through the portfolio of the architects, they could have delivered the goods. 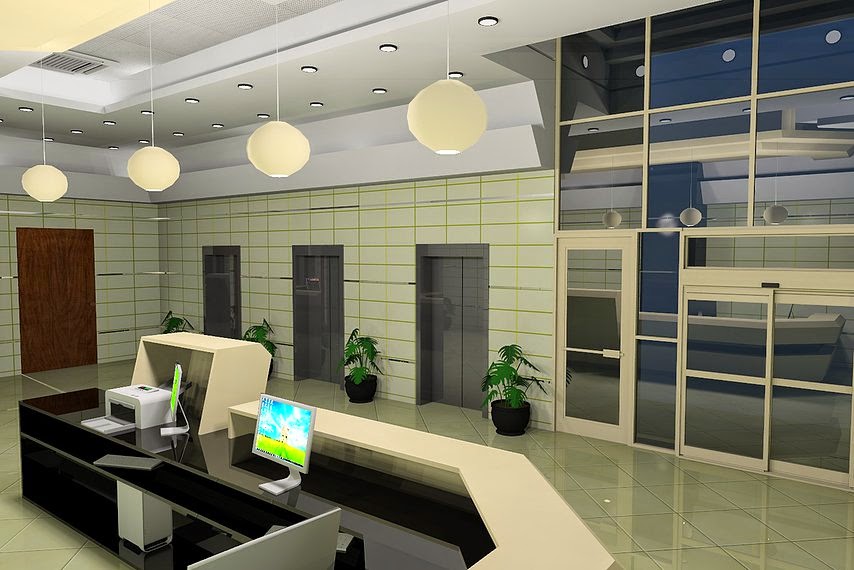 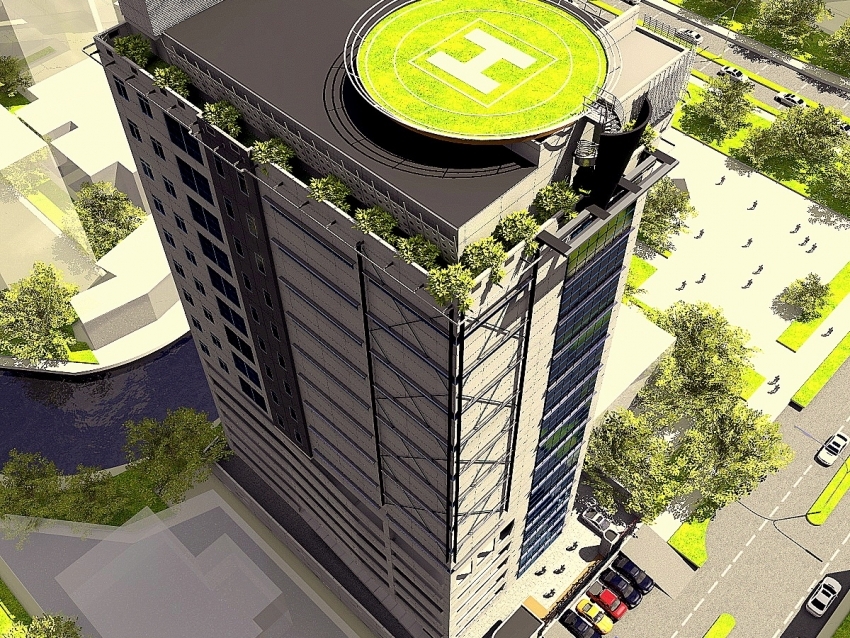 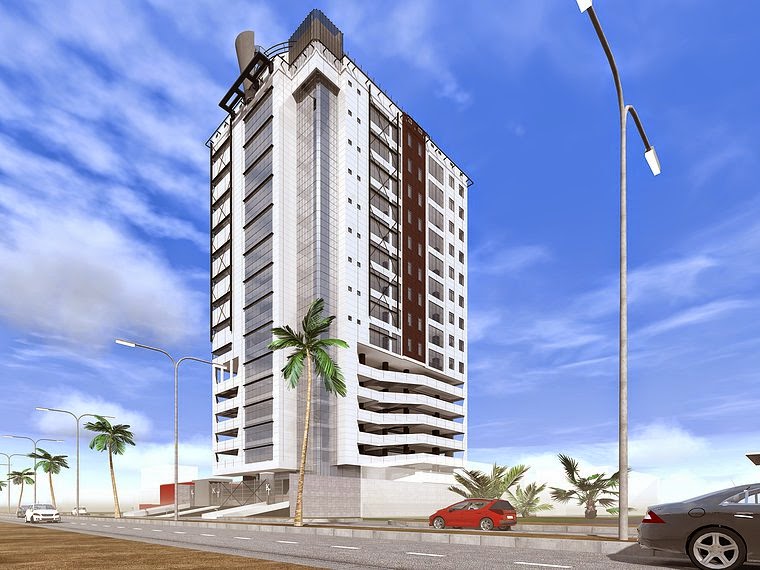 So what’s my grouse? Well simply, its geometry is quite rigid and appears a bit bland. The sequential windows on the sides don’t help either. The parking structure forms underneath are a nice touch, but as a whole it lacks a certain uumph. The curtain walling is boxy and monotonous and very little dynamism is on display with regards to the facade. Then theres a cross bracing on another side of the tower which has a function that is lost to me. They’re just too many elements and themes fighting for one’s attention.
It does have a heliport, and is apparently the only building on the Island that has one, so that is a big Plus. But, the cosmetic ‘crown’ used to hide the spiral staircase from the landing pad screams “AFTER THOUGHT”. Quite frankly, it feels more like a 500 level Student Project than a commercially viable design. Sure it has lettable spaces that will have nice views, which is yet another plus, but, will it evoke a sense of pride in its tenants? I remember opening a GTBank account, just so i could walk in to one of there awesomely designed branches. Thats what effective design can do. It won’t just serve a purpose but it will evoke an emotional response. For me, the KANTI, is yet another Cuboid adding to the composition that is the Victoria Island Skyline. 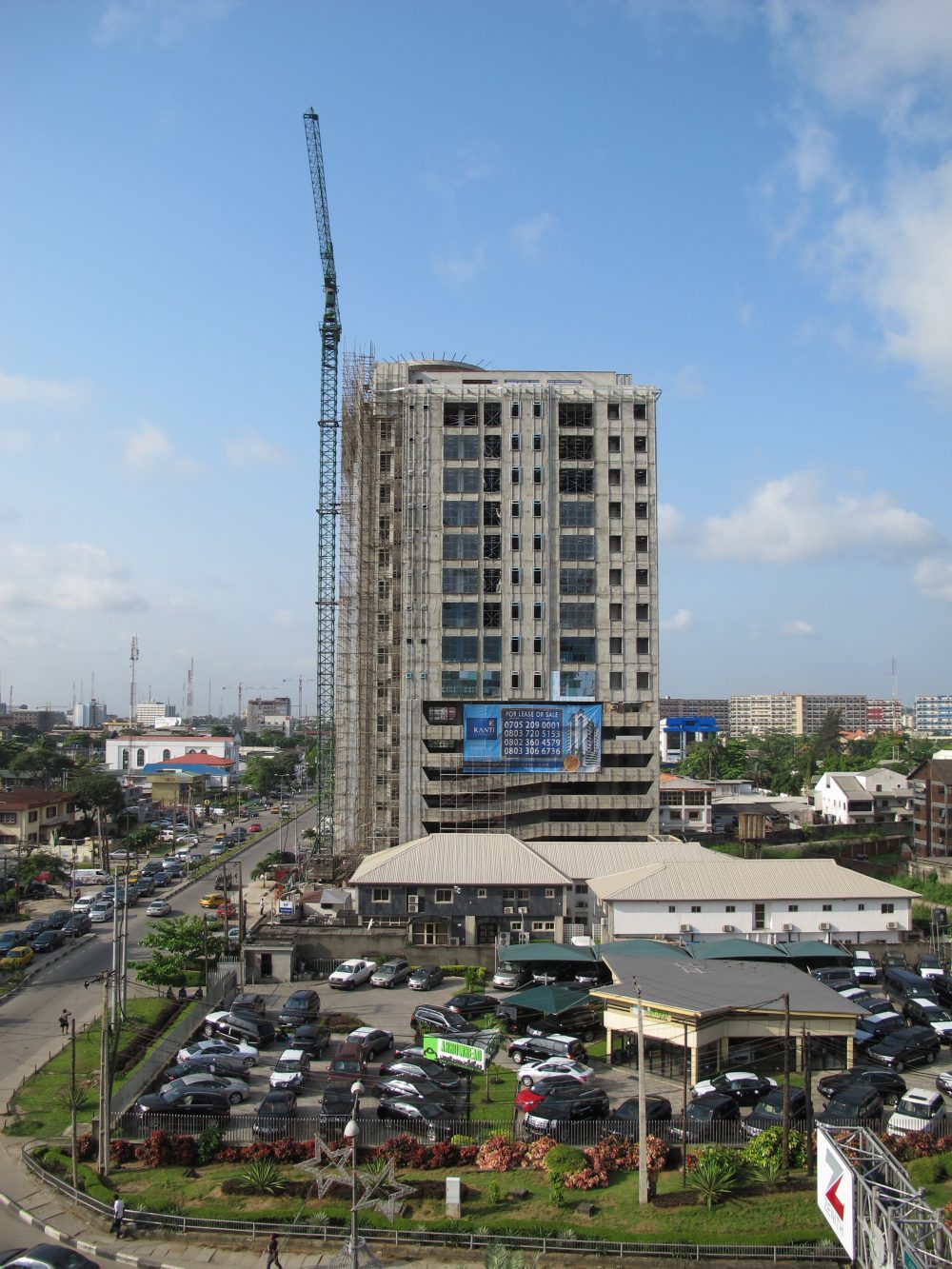 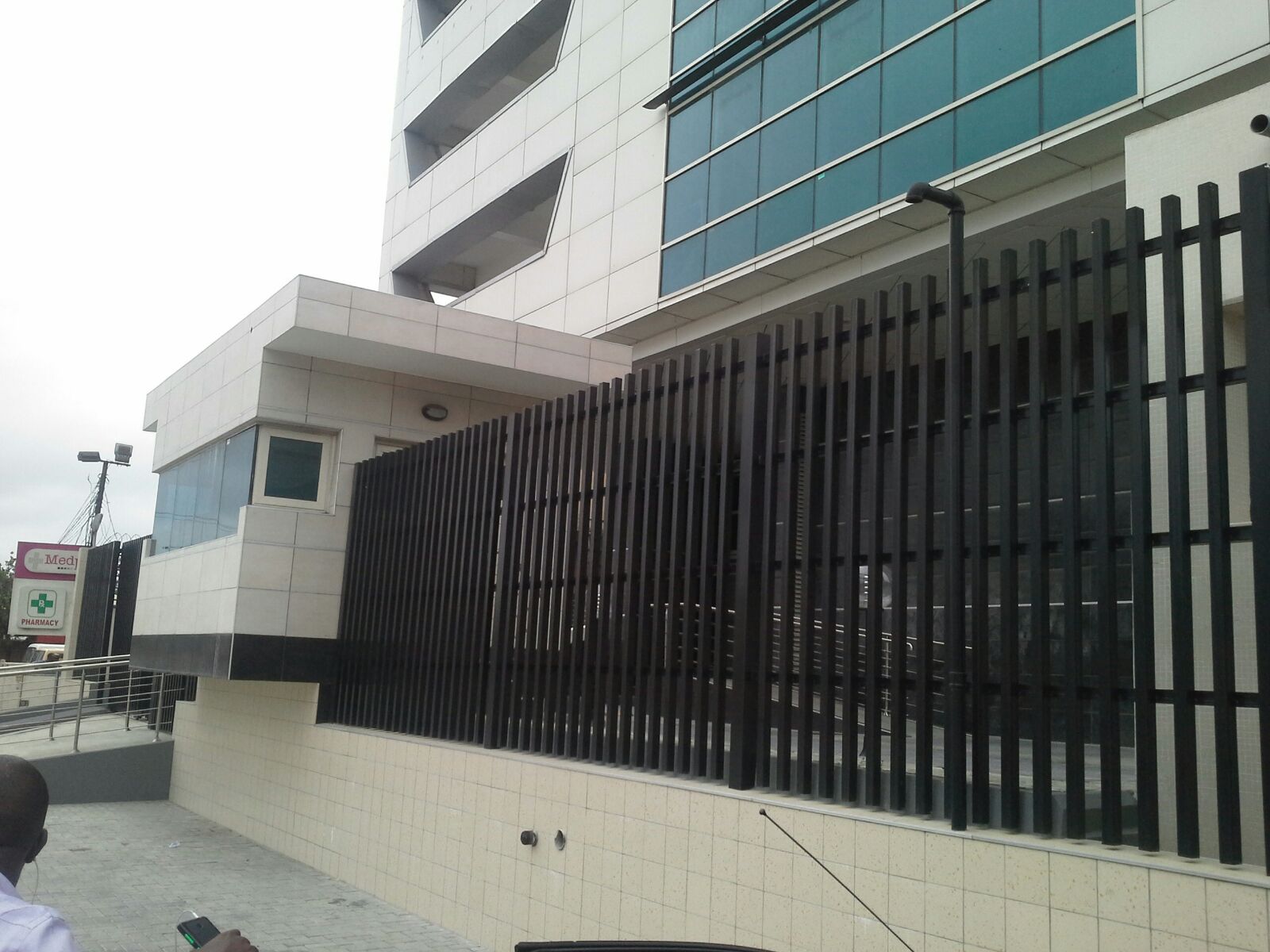 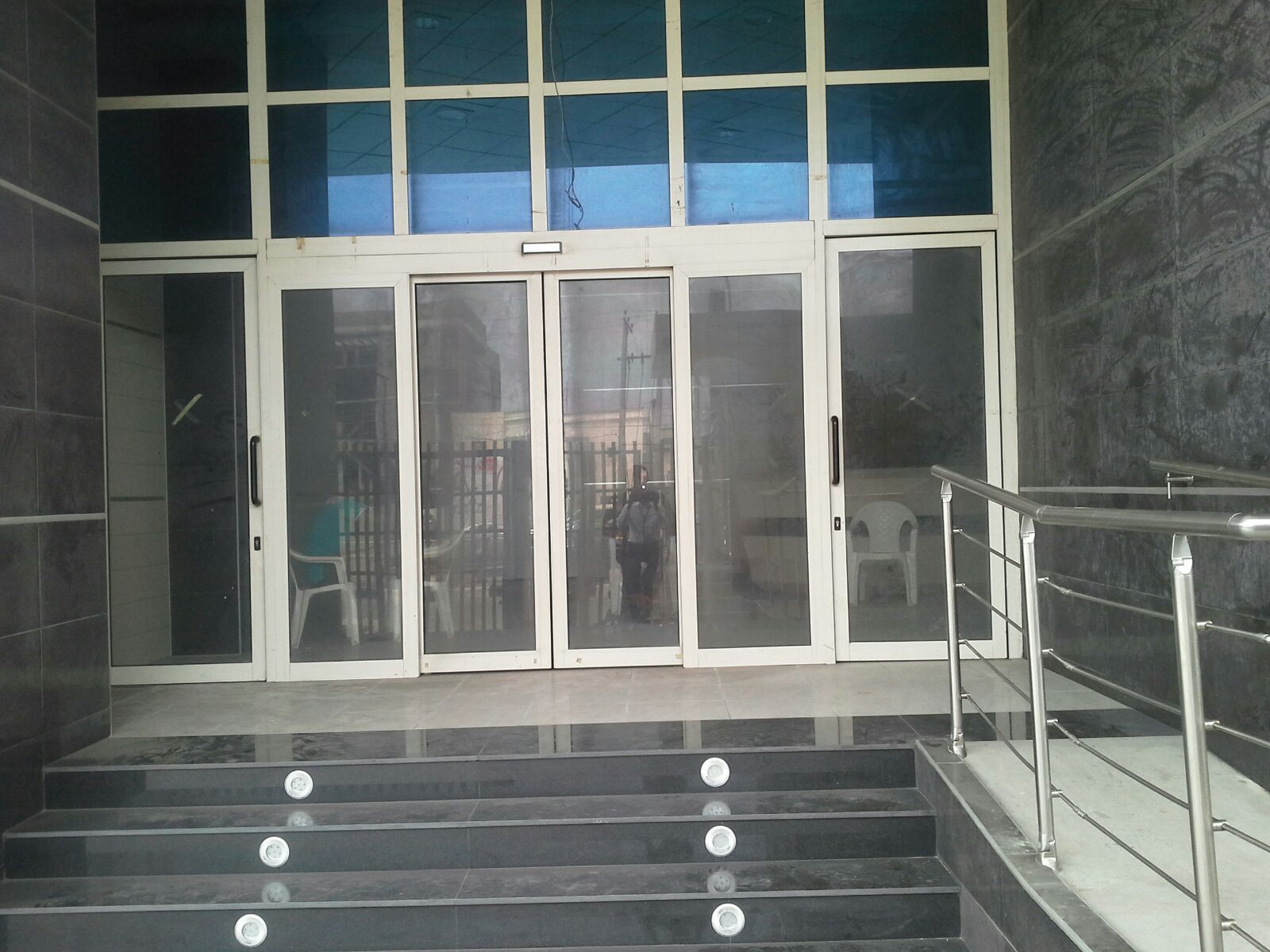 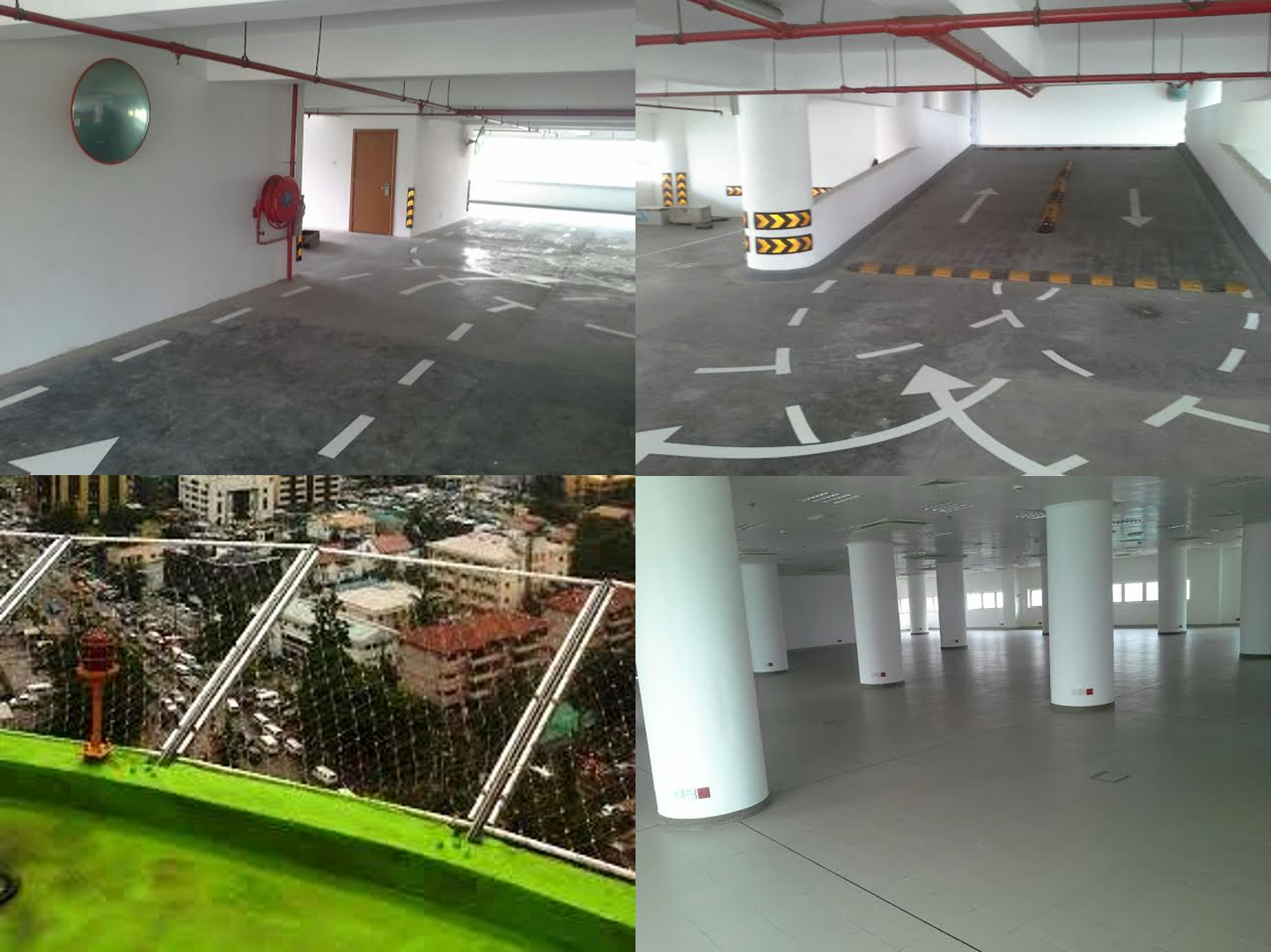 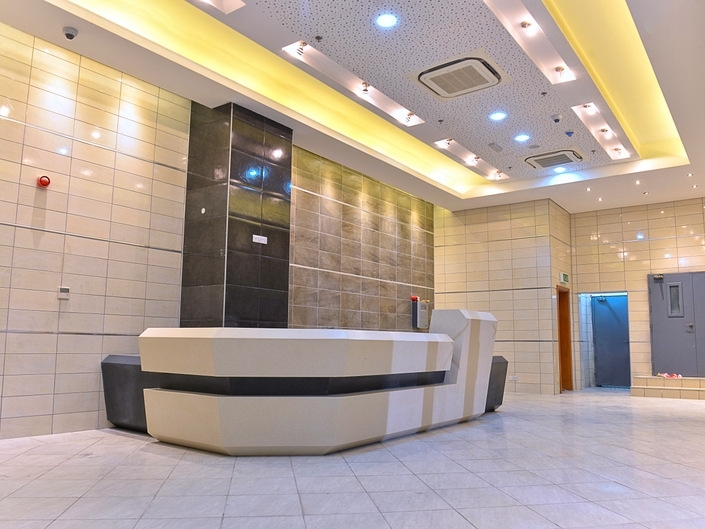 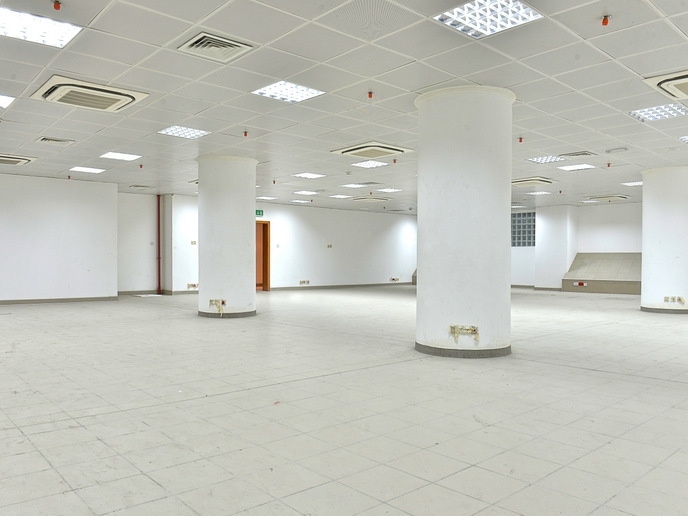 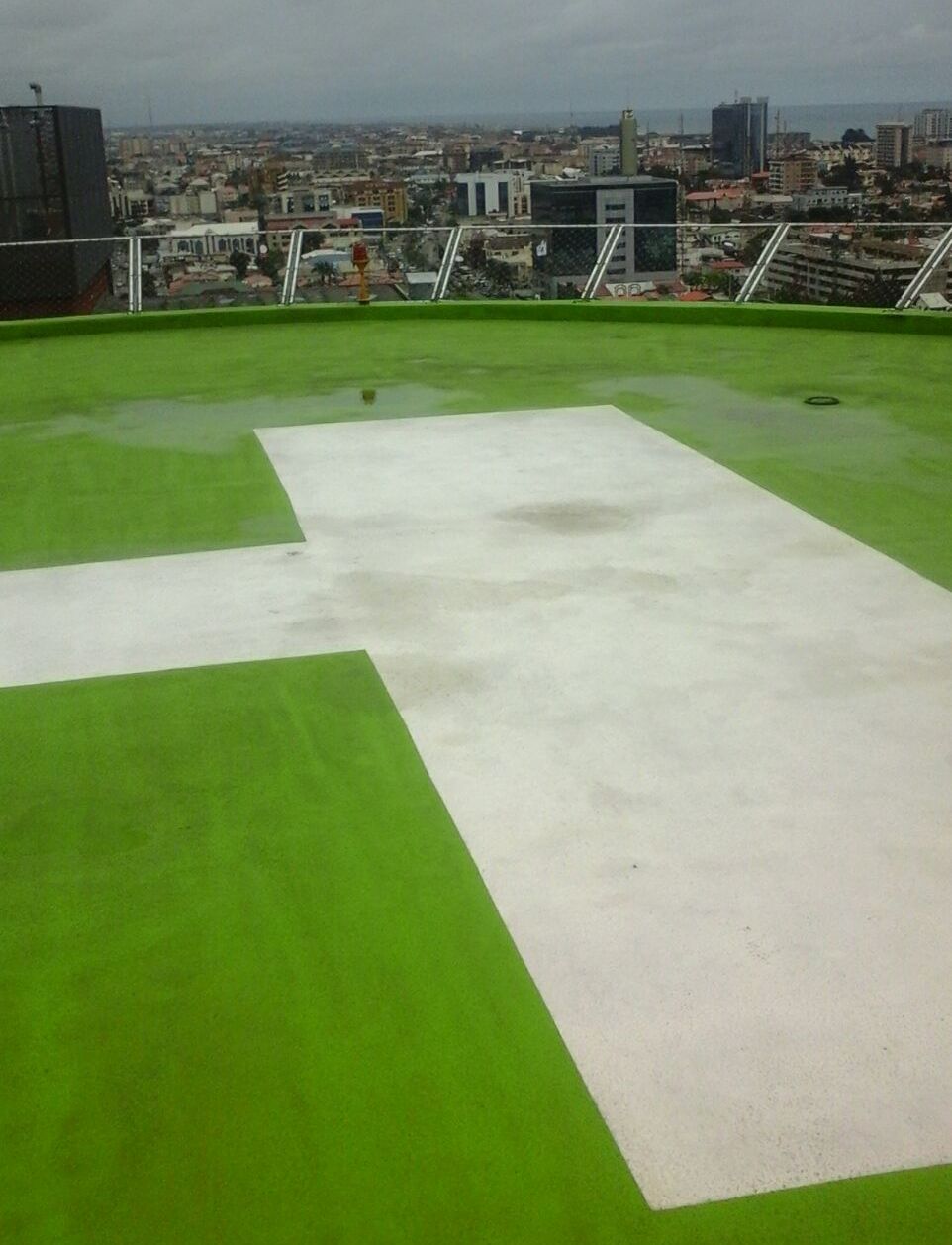 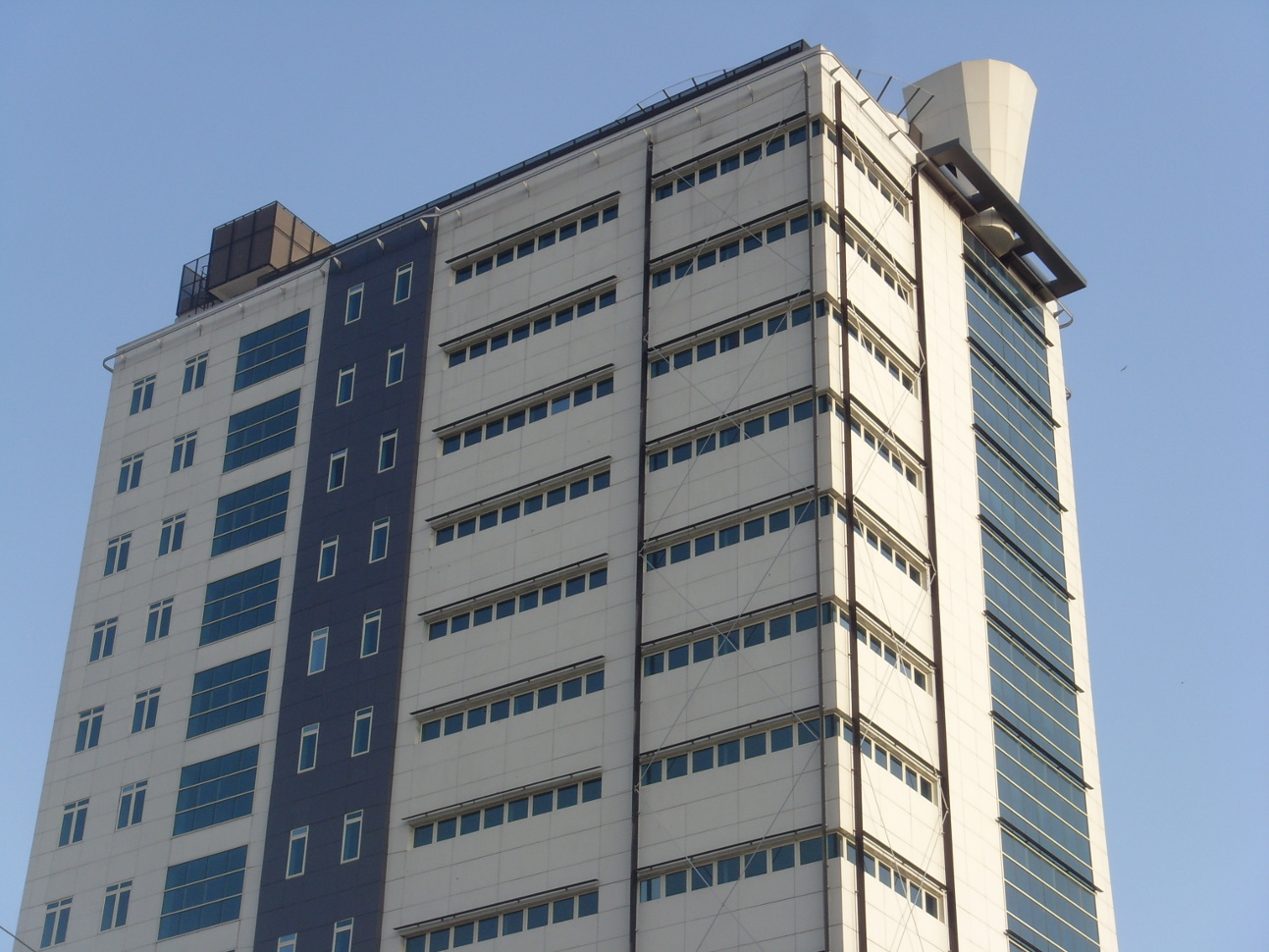 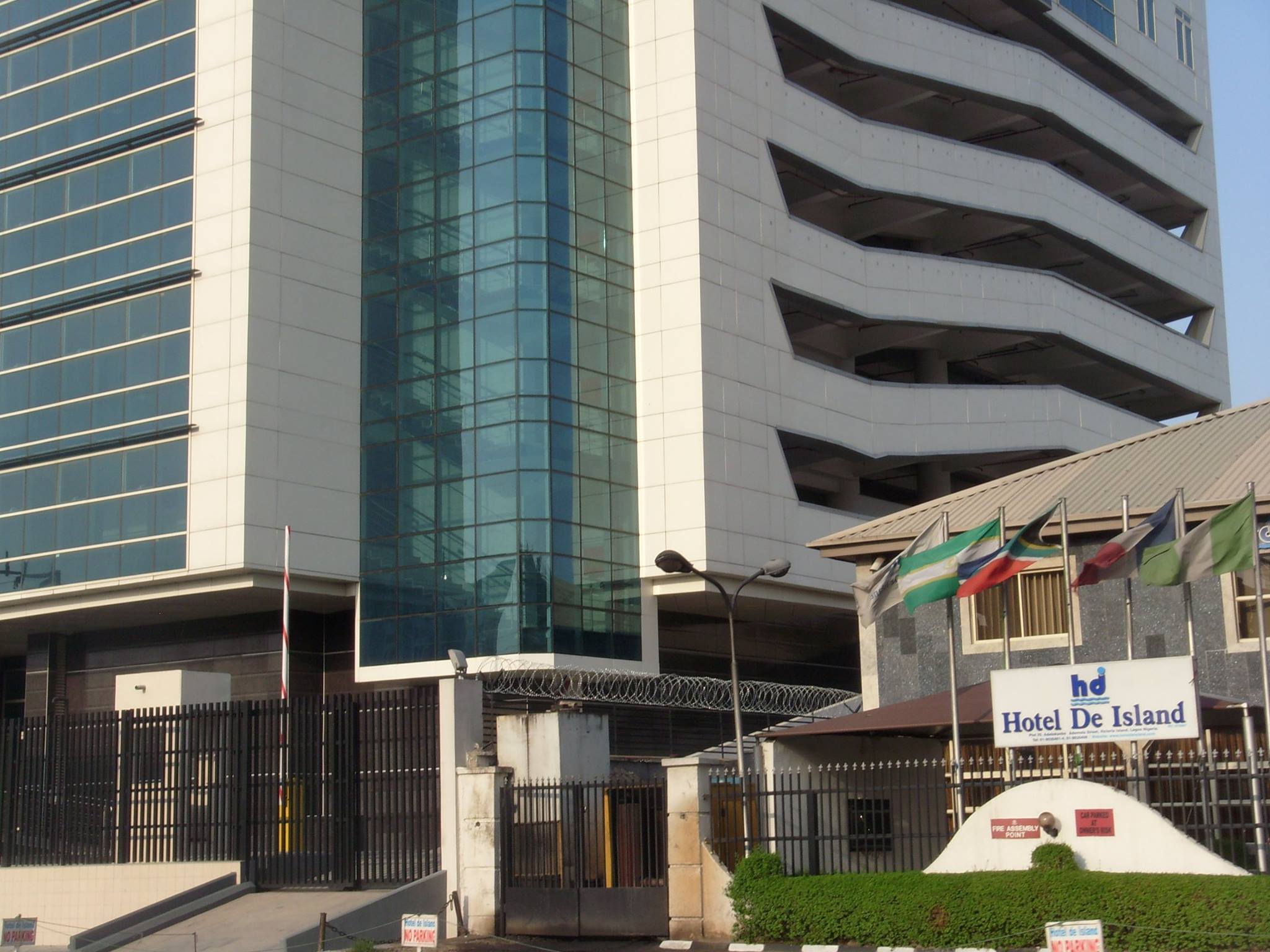 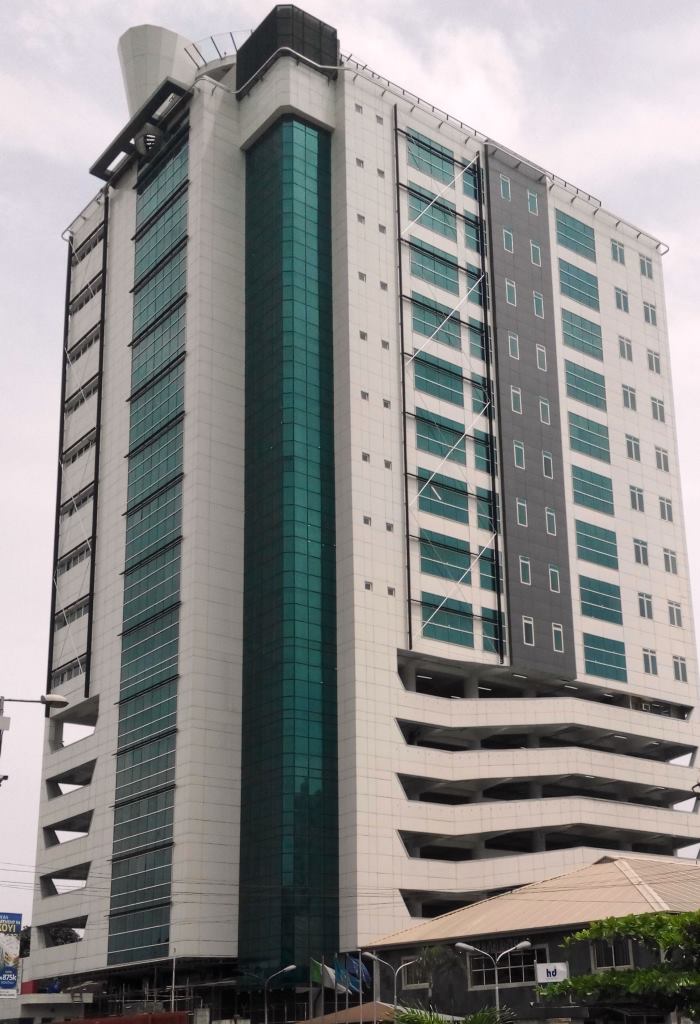 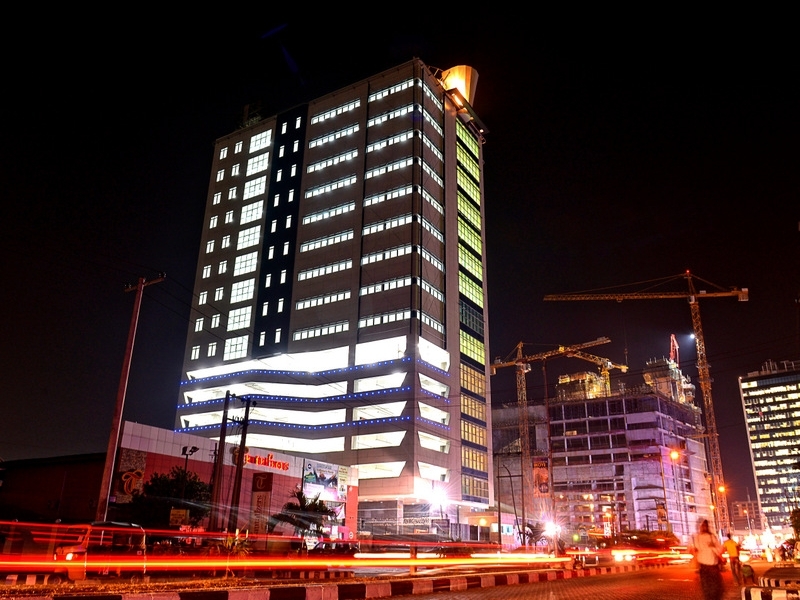 While this is slightly off topic, another issue i have is with the building’s branding. It also lacks refinement. It has a sensible logo for starters, but the holisitic brand identity is missing within the very jarring colour palette, plus the website, could use some work. It should help market the ‘product’ but it too, feels amateurish and falls short. My 2cents. 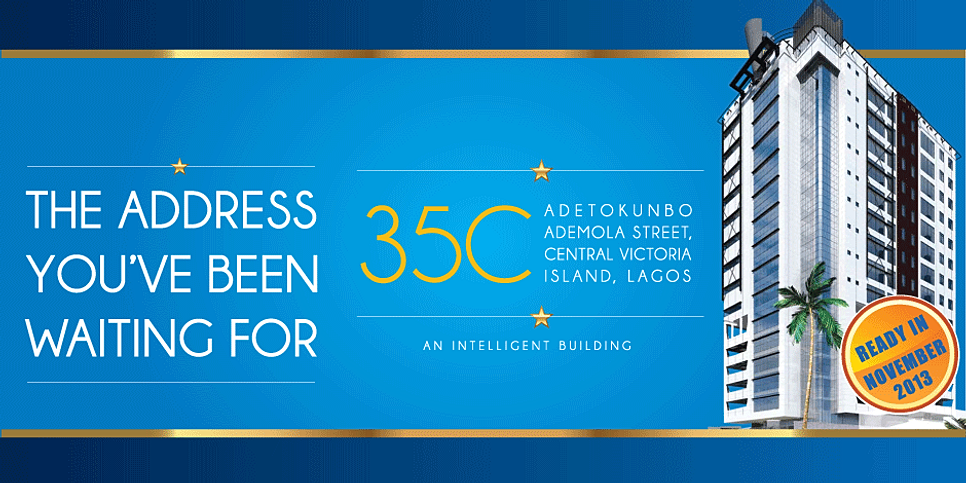 Next
Therapy in the woods ~ Maggie Center, Churchill Hospital.