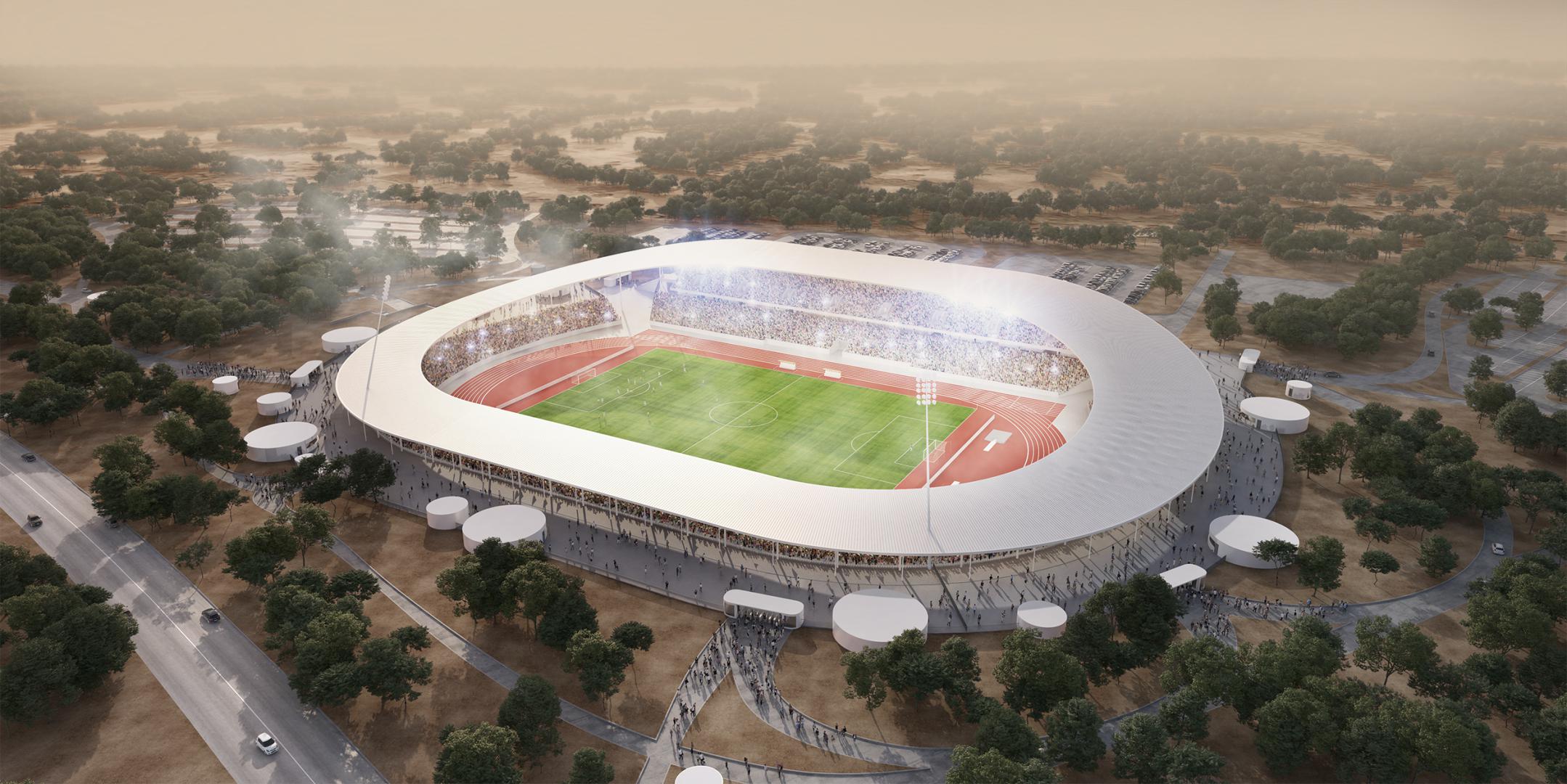 When you think of new football stadiums on the African continent, it is likely South Africa that still comes to mind. A group of incredible stadiums were built (or in some cases renovated) to host the 2010 World Cup, and as is traditional of the event, they represented the cutting edge of design.

Amazingly though, it’s been almost a decade since the World Cup went to South Africa. Now, the newest and most impressive football stadiums are being set up in Cote d’Ivoire. This is an exciting development for a couple of reasons. The first and most significant is that Cote d’Ivoire is hosting the Africa Cup of Nations in 2021, which is the entire reason for the stadium construction boomlet. While not quite the World Cup in terms of attention, magnitude, or attendance, the Cup of Nations is the biggest football event in Africa, and should make for an incredible spectacle in – arguably – West Africa’s greatest football nation. It’s no wonder that Cote d’Ivoire is looking to impress.

The other reason this is an exciting development is that it should bring some attention back to African football ahead of the 2022 World Cup. African nations largely disappointed in 2018, and some of the traditional powerhouses – including Cote d’Ivoire – missed the action altogether. Meanwhile, the 2022 World Cup is already being discussed and analyzed despite the fact that we don’t even know which teams will be competing. It goes to show that World Cup interest never sleeps, and while stadiums don’t necessarily reflect team quality, the the idea of new, cutting edge venues and football enthusiasm should create a buzz around Cote d’Ivoire and African football in general. It could provide some energy heading into 2022.

As for the stadiums themselves, we really only have significant details about two of them, though to be clear more will ultimately be built. The first is a brand new stadium in Yamoussoukro, which is the administrative capital of Cote d’Ivoire. Built to be both monumental and minimalist, and started this year, the stadium will be arranged to host 20,000 people, and looks to be an absolute beauty. It will be defined in part by a uniform, single roof circling the entire stadium and rising and falling as necessary to accommodate the seats beneath, ultimately forming a sort of coiled appearance.

The second stadium we know about will be the centerpiece, so to speak, of the African Cup Of Nations, and comes to Cote d’Ivoire courtesy of massive investments from China. It will have a capacity of 60,000 seats, and looks essentially like a modern engineering marvel, at least in terms of stadium design. The stadium is already going by multiple names, including Stade National de la Cote d’Ivoire (we do know that it will become the national team’s new home ground), Stade Olympique d’Epimbé, and Arc de Triomphe, which appears to be an early nickname. It’s located in Abidjan.

It remains to be seen just how these stadiums turn out, but all indications are that they’ll update the standard for African football venues that was set so beautifully during the South Africa World Cup in 2010. They should help make for a beautiful showcase in 2021.

Next
The Barangaroo House in Australia by Collins and Turner features a steam-bent, charred timber facade