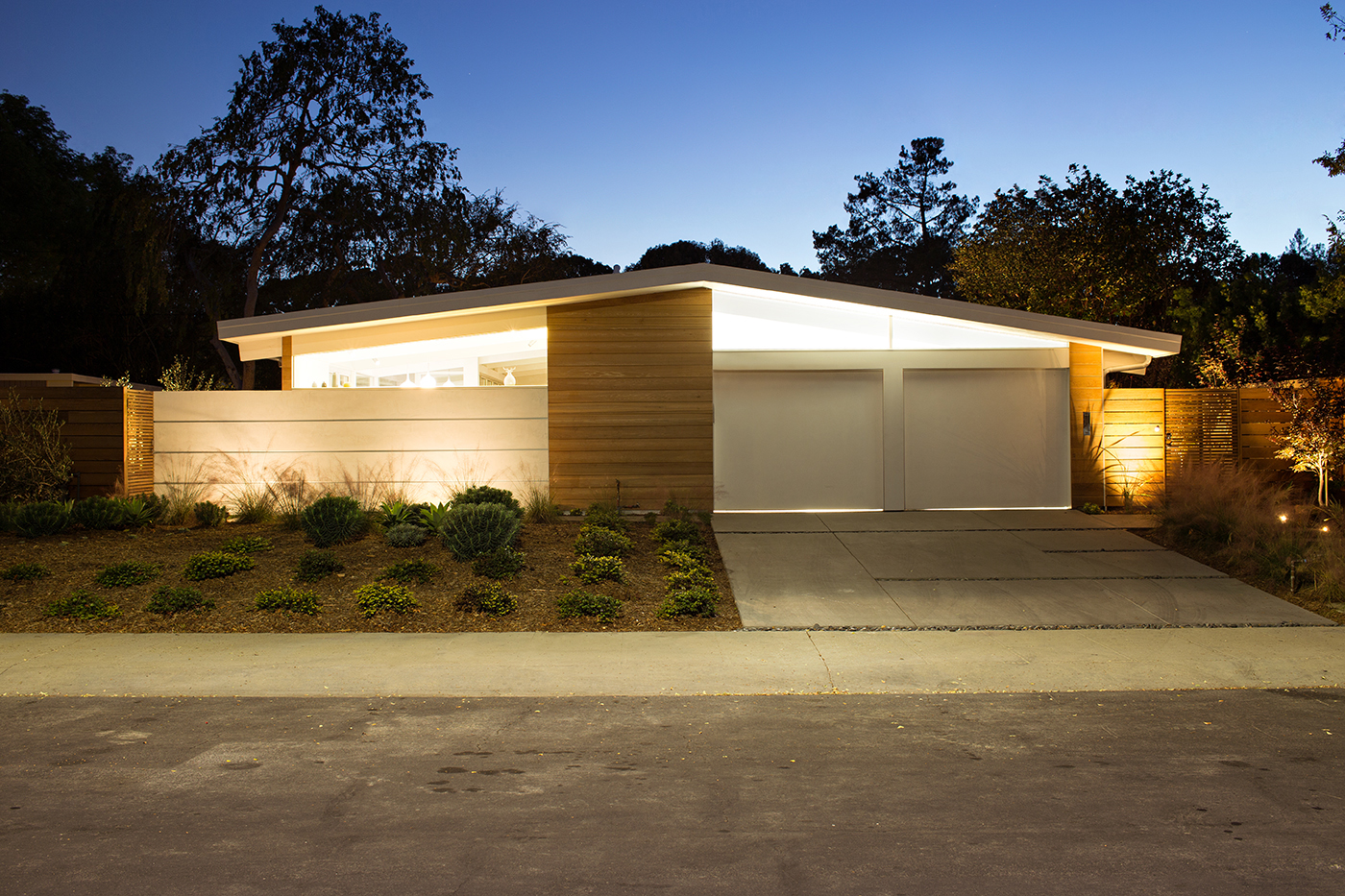 An Eichler House by Klopf Architecture
INSIGHTS AND ARTICLES

What Nigerian Developers can learn from the Pruitt-Igoe scheme (or Eichler homes): A thought piece by Olaolu Rahman Ganiy

Fact: Your average ‘Real estate’ developer cares most about one thing; His/her profit margins. And that’s not such a terrible thing. It is business, the art of Profit making.

Except the problem with that is, developers are responsible for the highest number of units of homes built in Nigeria and most of these homes are fast becoming products of terrible architecture.

Developers and governments, together with their architects seem to be competing to commit acts of misarchitecture (freshly coined, don’t google), designing buildings without empathy, aloof spaces that simply do not care about their occupants.

Is it ironic that the very people behind these hostile architecture fads are — drum-roll — …Architects! People who went through gruelling hours of training to NOT design these sorts of spaces?

Well it is. and architects are sometimes terrible listeners — no really Google it — and maybe are a lost cause. So, we’ll roll over them and seek help elsewhere. And to get help we have to understand what the problem is.

Think of it this way, Architecture is simply a stage set for the play that is our lives. It’s where we live — cook, gossip and have mind-blowing sex-, Where we work — from building rockets or performing surgeries to selling weed or just being a lawyer (a shot fired, yes) and Where we play — get creative, party. It’s all in a piece of architecture. A creation of ours meant to serve our quirks, and essentially be machines for living in. A robot catering to our every whim.

We did have heydays when alchemist-architects experimented en-masse, many thanks to the discovery of oil, but the exciting architecture that threatened to blossom then has since simmered down, a reflection of the times — the Naira’s devaluation, oil price crashes, stock market crashes, hand-over-fist looting and a comatose education system, We’ve been through it all and so now you have a country with half its population living below the poverty line.

From a country that could once afford to fund Africa’s longest bridge at the time to being the poverty capital of the world. A country ofpoor citizens issuing commissions to architects just as poor. It becomes understandable when these architects are almost always bound by commissions to listen first and only to the client with the biggest bucks; developer or/and the government bodies. A shift in power and decision-making to parties conditioned to see architecture as just business.

Are architects supposed to listen first to the needs of end users of the spaces they design? Then use their training and expertise to give form to these needs? Well, that would be right. The best architecture cares for its users’ whims, no matter how…whimsical.

What we have instead are swathes of climate-unfriendly walls that absorb and release heat into the home, inadequate standardized windows that fail at being windows, making our living spaces poorly-ventilated and badly-lit, ramping up use of artificial cooling and lighting while we struggle with meeting our power needs, walls finished with cringe-worthy floor tiles and the whole lot topped with heavy, ginormous, dysfunctional roofs of questionable aesthetics, pseudo-contemporary homes with restrictive, prison-esque programmes.

An architecture of cheap imitations drawn from fads, the vogue reigns. That’s where WE are. Bad architecture à la carte.

After inimical taxes, administrative and ‘other’ fees are paid to ‘God fearing’ government officials at dizzying levels, developers are naturally out to find means to maximize their gross profits. You would do the same, wouldn’t you?

“…Nigeria is the poverty capital of the world…”,

“…the costs of running a business in this country are astronomical…”

Standard developer ripostes. All valid. but let’s set all that aside for a moment. Housing in the country’s urban areas are slaves to anti-demand and supply forces, leaving these battling with serious housing shortages.

“There’s a serious housing shortage in Nigeria, over 100,000 homes are constructed every year. But that still fails to meet the demand. Experts say that the country needs to build about 700,000 houses a year to alleviate the housing shortage within the next decade”

The bulk of this alleviation is being handled by real estate entrepreneurs which proves their strong influence on current living standards and ability to challenge perceived building codes — if they really want to — through the quality of their businesses’ architecture, for a long time to come.

With such power at their hands, its understandable why would come to them for help yes?

Commissioned by the city of St. Louis, Missouri — to Minoru Yamasaki, architect of the World Trade Center, what luck !— the project was a large-scale Post-war mass housing scheme meant to solve a teeming housing crisis — much like present day Nigeria.

The Recipe — a client trying to save costs, a design that’s cheap to buildwith resultant high profit margins thanks to economy of scale — and you have it, a developer’s utopia.

The city forced the architects to modify the scope of the project to fit their concerns about minimum spending, fitting in more people, using cheaper fixtures etc with little care for how these spaces were to be lived in. This rings a bell. The psychological and social needs of the people ignored, subsisting issues of racial isolation and segregation worsened in a building type meant to offer a sense of accumulation and togetherness.

The affluent(read white) quickly moved out, bought land on the outskirts of town to build homes bespoke to their needs. The authorities became noncommittal and found it difficult to maintain the project afterwards, till the rot quickly festered and the complex became a hotbed of crime and graft leaving its remaining tenants (read black) more alienated than ever.

From 1972 through ’76, over 2870 homes of 33 buildings built on 23 acres (think 22 football fields) were completely demolished and hitherto branded poster boy of the social housing design failure.

A bone of contention if there ever was, I am a ‘mass-housing-can-work’ guy, it’s in fact the only common factor in countries with the world’s highest home ownership rates. sorry Patrik Schumacher, our beloved pantomime villain.

Not every developer deserves to have their brand defined by a red man with two red horns and a tail, or a cash-worshiping bland rapper. Maybe.

Eichler homes are symbols of socially-aware, emphatic architecture common in the west coast of the United States, and at the mention of, you’d likely get dewy-eyed oohs and aahs. They contained spaces that cared about their users’ welfare with elegant designs that were easy to build and build well for relatively moderate prices.

You could tell an Eichler home by its emphasis on privacy on the street-facing side by their blank facades of windowless walls or screens — resolve a Nigerian worry? check.

— They spot U or H or L-shaped floor plans with simple post-and-beam structures that allows the use of less walls inside the homes and encouraged the use of glass and screens to create open interior spaces; kitchens, dining and living areas that looked out intimately into functional, pretty courtyards, gardens, atriums and patios. — features our buildings need? check. again.

— Transparent walls, large windows, sliding doors and screens of glass, wood, or steel, erasing the boundaries between indoor and outdoor spaces while bringing light and fresh air to the house. Essentially making the homes appear spacious and creating an atmosphere for the occupants. Triple check.

— The insides of the houses are bathed in sunlight, while excessive glare is controlled with screens and roof eaves, home owners rely on cross ventilation rather than air conditioning. Eichler homes made an argument for regional architectural styles by designing with the local climate in mind.

“They illustrate the advantages of socially-responsible development — something that’s integrated with the local culture, respectful of the physical environment, Also, Eichler’s homes reflect “the enduring value that good design can bring to any housing project”.

A selection of Eichler homes remodelled by Klopf Architecture

All driven by a private developer who also cared very much about his profit margins. The buildings were so good and comfortable to live in that even when they got copied all over, the original prototypes and derivatives built by others got named after him. Joseph Eichler broke tradition by going a step further to hire progressive architects who sought to improve living standards through well-aired, well-lit and flexible, open-plan rooms. While his team delivered over 11,000 homes, over 22900 Eichler homes are standing today, ensuring he died a rich man simply by enabling rich architecture.

So, absolutely not mutually exclusive — Good architecture and profit making.

How about we try something radical but simple really;

— Listen, Drop the safe clichés of “paucity of funds” “average year in year out profit margins”. — I will not name names but i am seriously looking at you, Abuja developers. The real estate market keeps on the rise, keeping you very liquid with solid cash bases, equities and easier access to friendly bank loans. We know:)

— Listen, To the people who have bought your houses, put out suggestion boxes the old-fashioned way, let the Internet work for you through social media. — P.s. it’s nothing new really. A planned maintenance programme covers this, but never mind, reinvent the wheel, you’ll look great at it!

— Listen. Then act. Experiment, with the information gathered, on the next project. Demand more from your architects — with commensurate pay — Make them care about the living conditions of your buyers, how they would rather live. You pay for it. And then your architects will do their research. It’s the very essence of their job. Ditto for those without the cash monopoly to make the architect kiss your feet.

Or maybe Architects aren’t a lost cause after all, there is hope in the pockets of design-literate architects supplanting their brutalist and postmodern style adherents.

Maybe then, it could all come together, good architecture that would spill into an increase demand and that you would be only too glad to supply.

Your profit margins will thank you.

Next
The Orum Residence is an uber-modern, luxury home in Bel Air, California designed by SPF:architects