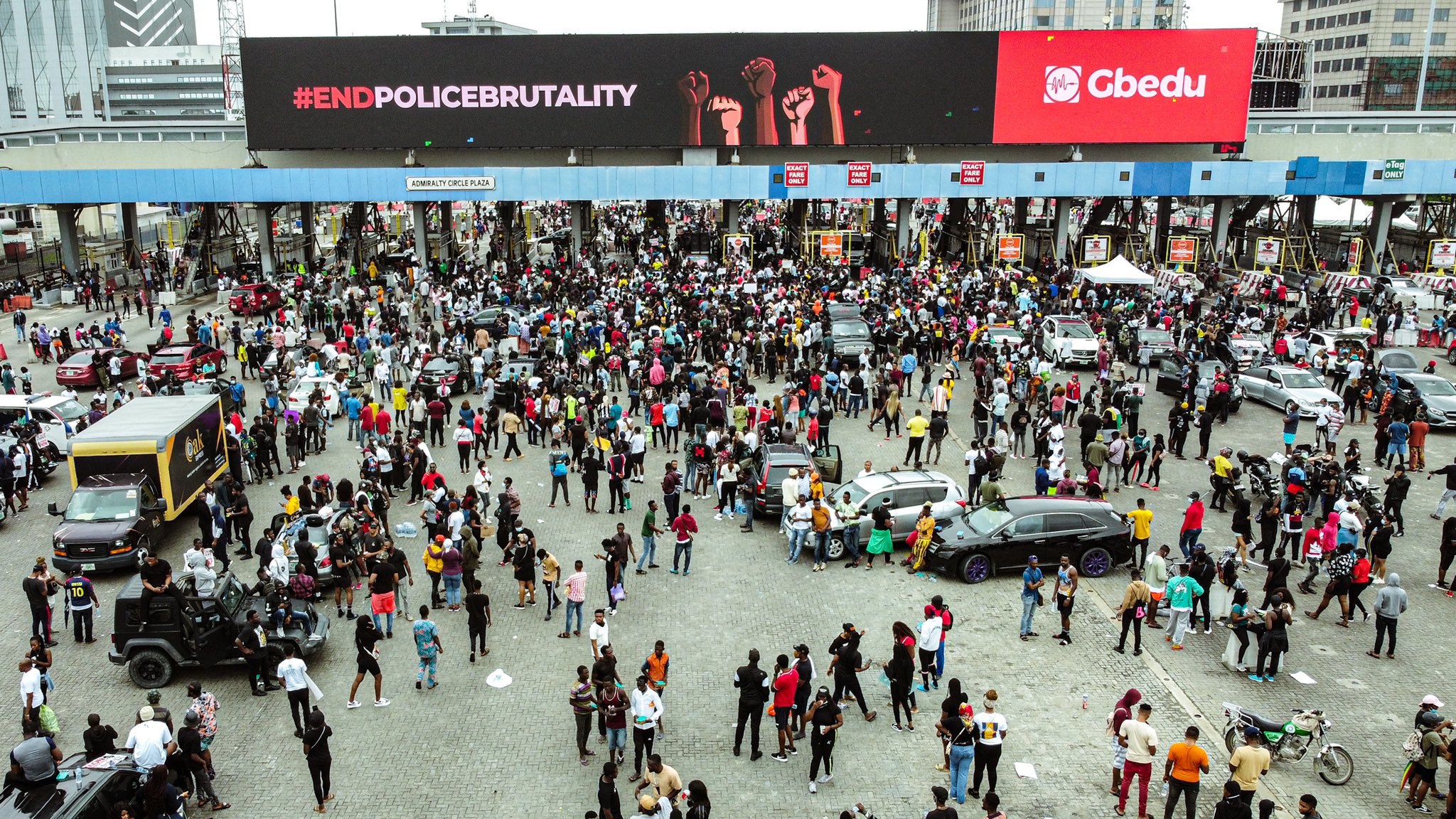 #EndSars: How Nigerian Youth Leveraged the Built Environment to Amplify their Voices.

#Endsars #Endpolicebrutality #Reformthepolice were the top 3 trends on Nigeria twitter on the 7th of October 2020. The country’s online space was fed-up with the continuous cases of police brutality and government’s neglect on the happenings in the nation.

For a country struggling through democracy, these online frustrations transitioned into public protests that took place in the economic capital, Lagos. People moved around different parts of the state holding placards voicing their intentions while the volume of the online protest amplified these intentions. But for the first few days, only the millennials and youths seemed to be listening. Older Nigerians and the government had turned a deaf ear to the movement. A novel form of peaceful protest had to emerge, one crafted for a dense city like Lagos, and could turn the ear of all Nigerians.

Public spaces are the architectural symbol of democracy. Not only are they urban connectors or the
reflection of a society’s cultural, economic and political fabric, they are also spaces of freedom,
expression, social engagement and, as the Nigerian youth proved, protest. Now, protests have various forms, but rallies are the most common. They often start from one point, working their way through the city and end at a notable landmark, such as a statehouse, plaza or any building of socio-political significance. This landmark is usually large public space, much like a plaza, at the heart and connected to all parts of the city- an inward-looking point at its center that allows the voice of a protest echo through the urban landscape. For Lagos, the most populous African city with a population well over 20million in a landmass of over 3500 sqkm, such a public space is near impossible to find. This reality, coupled with the lack of coverage from local media limited the voice of the protests for the first few days.

Consequently, the youths in Lagos identified landmarks of the city’s urban fabric- Points therein that make or break its identity- and moved to these points in numbers with the sole aim of shutting the city down. These landmarks include the Lekki toll gate (where almost 30,000 cars pass through, generating revenue of N 21,000,000 daily), the Lekki-Ikoyi toll gate (where about 23,000 cars equally pass through daily), as well as the international airport toll gate and major road junctions. At every passing moment, cars slowly filled the veins of the city, the frustration from motorists grew louder as horns from vehicles screamed. People began to pay attention while the city stood still. The city’s cries became the protest, dwindling economic activity woke the government up, and as more days passed, it only got louder until everyone was listening.

Currently, the toll gates are still blocked by the youths. But, now those landmarks designed for vehicular flow and movement have taken on new forms, becoming the plaza that was near impossible to find. They have become those open spaces at different nodes of the city where the protesters actively engage the government. They have become flexible to host a variety of activities. From rallies to prayer walks and vigils, exhibitions, concerts, games, food fests and so much more. All these activities, though seemingly unrelated, are geared towards one message- #Endsars- a desperate cry from the Nigerian youth with the world watching.

The youth have turned the architectural typology of the toll gates from a tool of control to a space of democracy. Motorists have given up on daily movement and now have cause to join the protest. With fewer cars on the road, the city of Lagos would go to sleep but, it is the first time in a long time, its citizens are awake. This uprising has catalyzed youth in more states of the Federation to reclaim public spaces and transform them from places of oppression to spaces for freedom. The government are now on-lookers as they have no choice but to go back to the drawing board and create solutions for the country’s problems. This act of protest combined the country’s loud online space has caught the attention of many around the world. The message is simple, reform the police and only then, would the youths release the city.

Next
How Prefabricated Housing is Helping Underprivileged Families in Hong Kong