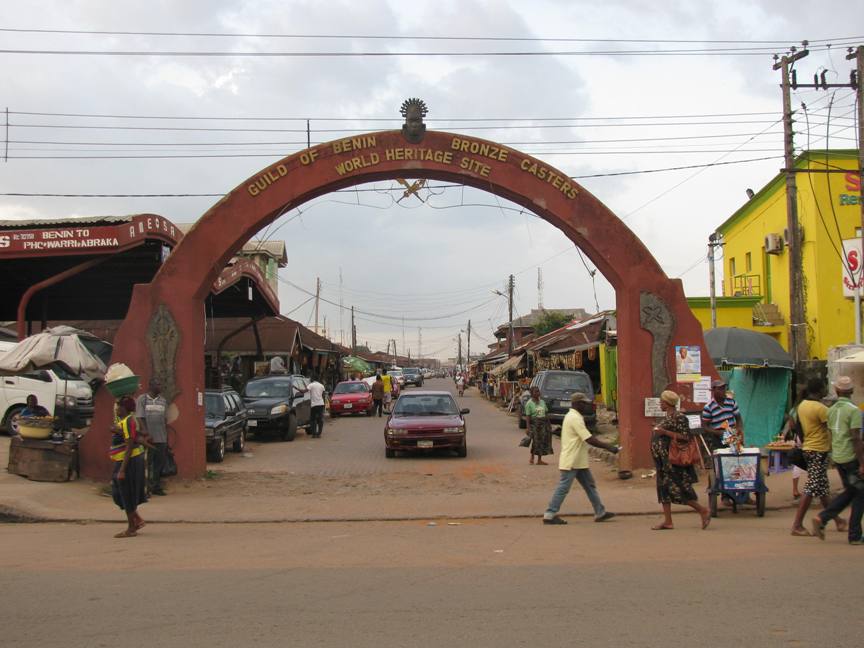 Benin Royal Museum: The Ancient City is Not Ready

It was one of the late weekends in October 2018, and the school’s Alpha calendar year was coming to a close. We gathered to watch the Oba of Benin’s 2nd coronation anniversary as a break from the torment of Studio-design finals.

What caught our attention as architecture students were the promised return of the 10000 stolen artefacts from Europe and the design of a New Museum to welcome them home- The Benin Royal museum it would be called. As people who usually creep to our subconscious, we took a moment within ourselves; we vaguely imagined what the museum would look like, how our ideas towards the creation of this Archetype might be acknowledged, how an organized competition for ideas of this building would be thrown to the Nigerian architecture community and finally, how a Nigerian would design a notable Nigerian building for the first time in over 3 decades.

“Omo na this Nigeria Una dey o,” someone said. We quickly came back to reality knowing the history of the country’s architecture failures. How good building designs never come to life, strangled by politics, economy and the incredulity of Nigerian architects. As we laughed off the situation like we usually do, some of us held on to that absent shred of hope; even I went on to attempt this Museum design as my Thesis.

I visited Benin city, Edo state at the close of 2019. It was this quiet and shy city living in fear of being a cultural force. It looked satisfied with its cultural history and has found solace in being called the Ancient city. The great Oba Akenzuwa cultural centre stood sad and idle, the famous Igun street of artefacts was clouded with that hopeless air and the look of shattered dreams from the artists. Finally, the Oba’s palace with its notable palace walls- the only reminiscent of the great walls of Benin and the last evidence of the city’s history, was now being covered up with modern fence walls. As this construction went on, it looked like the final epilogue to the tales of a great kingdom and everyone around looked satisfied with it. Any present visit to the city in search of its stories was now a waste and any physical proof of its history was non-existent. At the eve to the gift of its 10000 stolen artefacts and a new cultural museum, the city now hid from itself and was a complete shadow of its history.

As the city slowly struggled with self-identity, it was later reported that Sir David Adjaye, a British- Ghanaian architect would be designing the Benin Royal Museum. A blessing and a curse in disguise. A notable architect with a famous dexterity in cultural buildings built from detailed connections of history, culture, materiality and the city’s morphology. Despite these accolades, he isn’t Nigerian. The Benin dialogue group which were the client Representatives of the Benin Museum had overlooked a national-scape of architects. They have decided to not give indigenous designers a chance in the quest for notable buildings just like past governmental leaders before them. They had taken solace in the mind-set of imported ideals being better and crushed the last shred of hope and dreams of these architects. Just like its economy, Nigeria has had its fair share of imported designs being its notable buildings; it’s now hard to point to a top notable building in Nigeria and mention an Indigenous name or team behind it. Most recently, the world trade centre and millennium tower both notable buildings in Abuja, Nigeria’s capital were designed by Woods Bagot and Manfredi Nicoletti which are Australian and Italian architects respectively. The Benin Royal museum is another opportunity lost and a major one at that; it’s a cultural building that is meant to connect the city, that is meant to bridge the socio-cultural values and history of its lost past to the present, and holds the best stance for an Indigenous building. The Irony is, as Benin fights Europe’s plans to “loan” back these artefacts that were stolen as against a total return, an imported Museum design to house these artefacts is a sell-out statement of our identity, a joke to our claim and places Benin at the mercy of Europe for its individuality.

In retrospect, the city and the country as a whole is unprepared to welcome these artefacts; we are setting up ourselves to receive a colossal building set on a hill and disconnected from the city. A museum that will host the city’s history but also feel alien; people would revere it but would forget it once they leave. A building that would feel at home and foreign at the same time where people go for celebratory visits to feel different for a short period as against a building that changes the mindset of a whole community. The Benin Royal Museum is a Building not meant to only house artefacts. It has a greater task; it has to revive the city’s cultural history, it has the role of bridging the city’s socio-cultural gaps within its past and the present, it needs to fill the blank space within our minds of the culture and history before the punitive expedition in 1897, it needs to resuscitate the ancient city of Benin to finally speak for itself. This building can instigate these things but can never do it alone.

The Museum of Black Civilizations, one of Africa’s largest cultural spaces, opens in Dakar, Senegal.

Learning closely from the ancient cities in Greece; how Athens still celebrates its ancient ruins such as the Parthenon, Theatre of Dionysus, The temple of Zeus, The temple of Hephaestus and so much more. The city needs to unwrap itself, it needs to consciously revive and celebrate the remnants of its history. Primal structures such as the Benin palace, the Benin moat, older traditional houses with significance need to be opened, preserved and conserved for people to encounter physical history. The city needs to celebrate more of its culture, make the Igun street of artefacts an important centre that defines the identity of the city, invest in its Art and artist, transcend Benin art from a thing of history to a thing people are willing to be part of and engage the community to mine and nurture its collective architecture and culture. More importantly, it needs to engage its people and professionals, its architects, artists, historians, and curators to question their wealth of knowledge, engage the wider community and provide answers to a Museum that inspires a new cultural city.

“One of the great beauties of architecture is that each time, it is like life starting all over again”

It is a blank page that forgives our past and gives us another chance to make the right decisions. One Major thing we learn from the history of Benin is that collectively and indigenously they created a great kingdom; A city that Europeans saw, marvelled, documented, envied and ultimately destroyed. This is a time to learn from them, reclaim that self-pride, that self-belief and engage our wealth of talents. This is a call to Nigeria generally, its leaders, its people, to have faith in their architect; Trust them with these buildings, organise open competitions to find the best, pair them with international architects in an honest way if needed and create a place where our dreams are valid. Sometimes I go through this article and it sounds like so much idealism which is earnestly absent in our present Nigeria. I hope I can speak to one person. I hope the Benin Dialogue group and its architect understand the kind of city its museum and artefacts need and carve Benin city to those needs. I hope they now localize the design process, engage the people, its professionals and the native community towards the development of the Benin Royal Museum.

Want to get your article published? GET STARTED HERE.

Previous
Clifton House in India by AUM Architects Features a Bold Palette of Colour and Materials.