4 Construction Materials to Watch in 2017

Construction materials are becoming increasingly advanced and sophisticated, presenting futuristic visions of buildings made from innovative and novel components. As 2017 has set in, here are four building materials to watch out for this year and beyond.

A team of researchers at the University of Nebraska-Lincoln has developed a unique type of conductive concrete that could prove a game changer. The brainchild of Professors Chris Tuan and Lim Nguyen, Shotcrete works by absorbing and reflecting either man-made or naturally occurring electromagnetic waves. 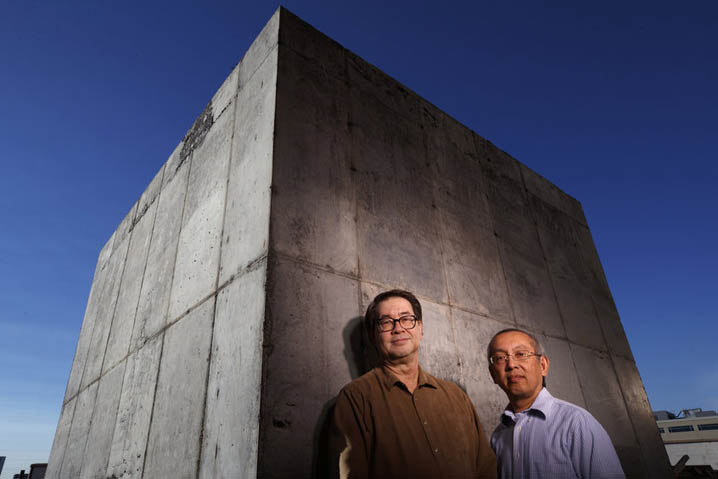 Standard concrete aggregates were thrown out during the research process. Replacing them was a secret ingredient: magnetite. This mineral has magnetic properties that soak up microwaves like a sponge. Carbon and metal components were also worked into the Shotcrete mix for further absorption and reflection enhancement.

Professors Nguyen and Tuan first investigated conductive concrete as potential de-icer for pavements, roads, airport tarmacs and the like. Its reflective properties also make Shotcrete ideal for guarding against electromagnetic pulses which could scramble any electronics held within a building. Shotcrete is available as a spray-on solution, so outfitting or renovating existing structures is claimed to be quick and easy. 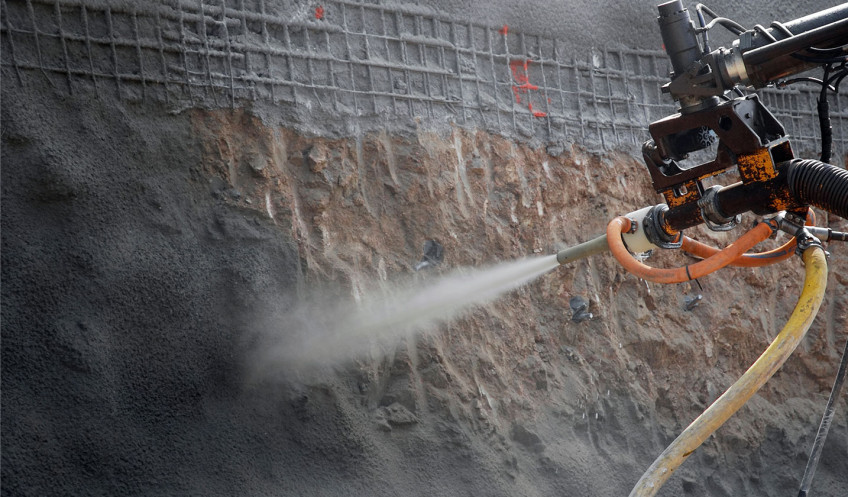 Aerogels, despite their name, are actually highly porous solids. Their construction process is certainly unique. Liquid is removed from a gel while drying under special condition, resulting in a material consisting of 80-99% air. Thanks to their uncommon make-up, aerogels hold the lowest thermal conductivity rating of any solid. 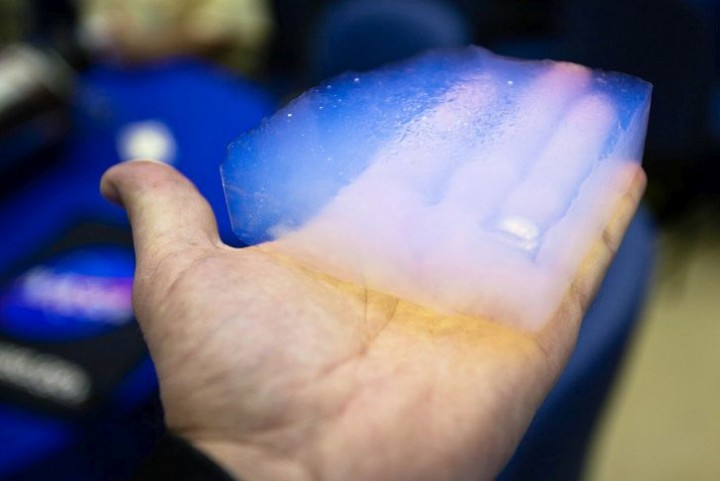 Ideal for insulation, you might think. You would be right. A variety of manufacturers have thrown their weight behind aerogels, positioning them as highly effective, environmentally friendly, alternative to traditional insulation materials.

Aerogels have been found to be up to four times more effective than fibreglass for insulation, and up to eight times more energy-efficient than polyurethane. What’s more, aerogels have received a Silver cradle-to-cradle environmental award from McDonough Braungart Design Chemistry for their low environmental impact during production.

While it has been bubbling below the surface, aerogel insulation is set to explode, adoption-wise, from 2017 onwards. Globally, this niche market is expected to reach $612.4 million in value by 2020. 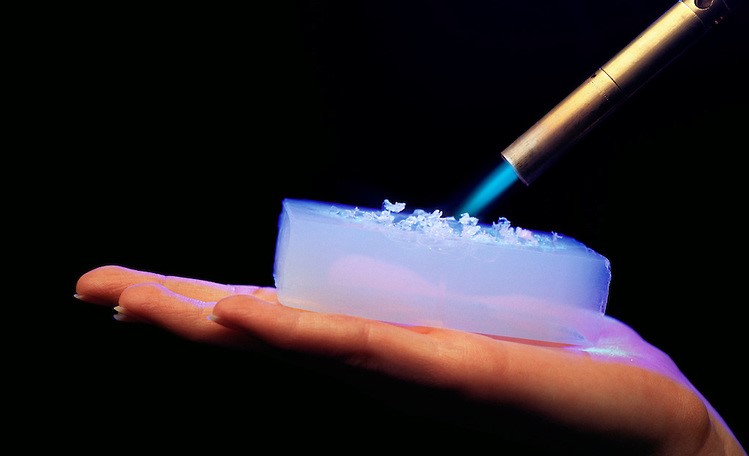 Previously featured on our site, Emerging Objects’ Cool Brick is inspired by the millennia-old practice of evaporative cooling and presents a 3D-printed alternative to expensive HVAC systems. 3D printing is expected to be a revolutionary force in the construction industry in the near future. Materials such as Cool Brick only heighten the medium’s potential. 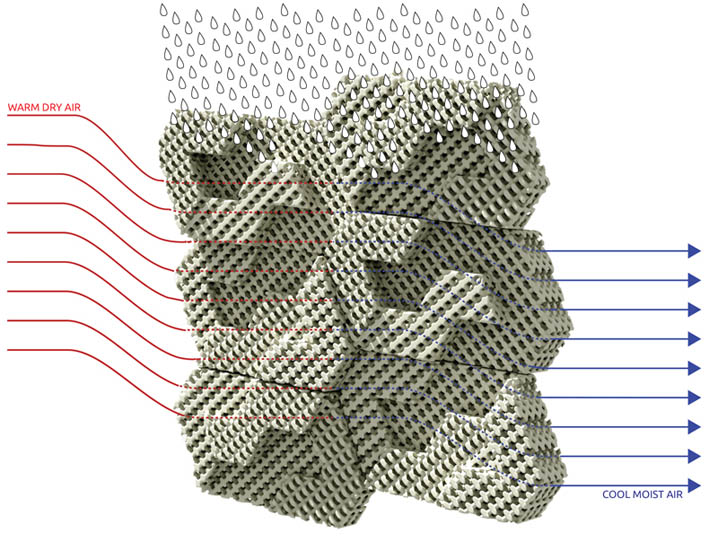 So what exactly is Cool Brick? It is a system of 3D-printed porous ceramic bricks set in mortar. Each individual brick is printed with a three dimensional lattice motif, creating a network of micro-pores where moisture can be captured.

Warm air moves through each brick, and its network of tiny holes, heating the water held in each of the pores. As the water is heated, it evaporates, cooling the air and lowering a building’s temperature in the process.

Cool Brick is modular, thus can be stacked into numerous configurations allowing architects and engineers to run riot with form and function. Its 3D lattice creates an especially durable bond once held in place by mortar. The shape of the brick also creates a shaded surface on the wall to keep a large percentage of the wall’s surface cool and protected from the sun to improve the wall’s performance. 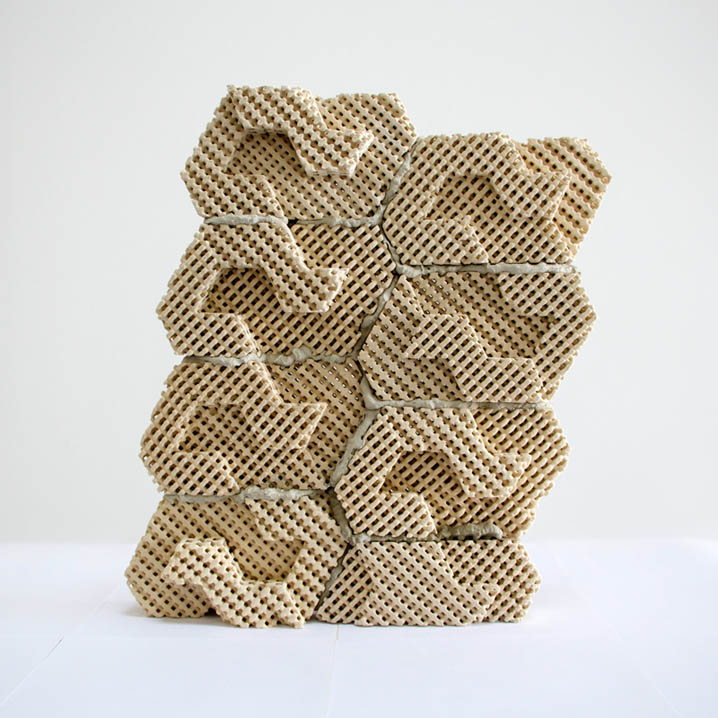 According to New Civil Engineer, revolutionary ultra-thin material graphene is one of the 21st century’s most important physics discoveries. Now, according to those most intimately involved with its development, its set to change almost all global industries – construction included. 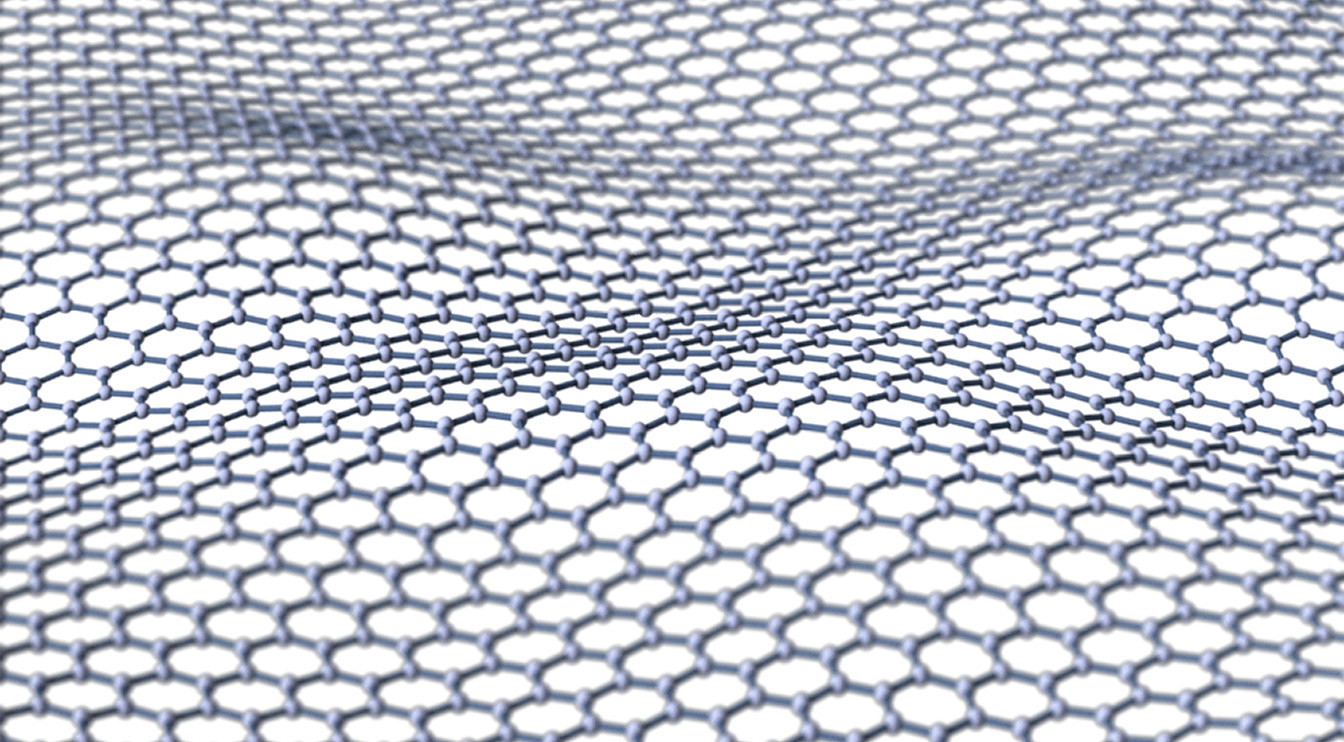 Initially discovered 12 years ago, graphene is still waiting for wide scale adoption. Its properties, however, suggest it is ideal for construction. This two dimensional, honeycomb lattice is the thinnest material on Earth, but is up to 200 times stronger than steel. It is ultra-lightweight, and acts as a barrier to even the lightest of gases.

At the National Graphene Institute in Manchester, United Kingdom, developers have garnered interest from major steel manufacturers regarding the material’s ongoing development. Notably, Tata Steel and Morgan Advanced Materials have noted an interest in the potential graphene holds.

Its huge tensile strength and thinness lend graphene almost unlimited building possibility – although there is a slight catch. At present, costs are prohibiting mass production. A single gram of graphene costs around $500 to produce. 2D Tech, the UK’s leading manufactures of graphene, say the material’s near future lies in acting as an additive. Graphene can be added to polymers, resins, concrete or steel to improve their natural properties.

While mass adoption of graphene is hampered by prohibitive costs and an ongoing development cycle, the fact the material has gone from being nigh unidentifiable to potentially being mixed into existing materials in just 12 years is highly impressive. Graphene is certainly one to watch in 2017. 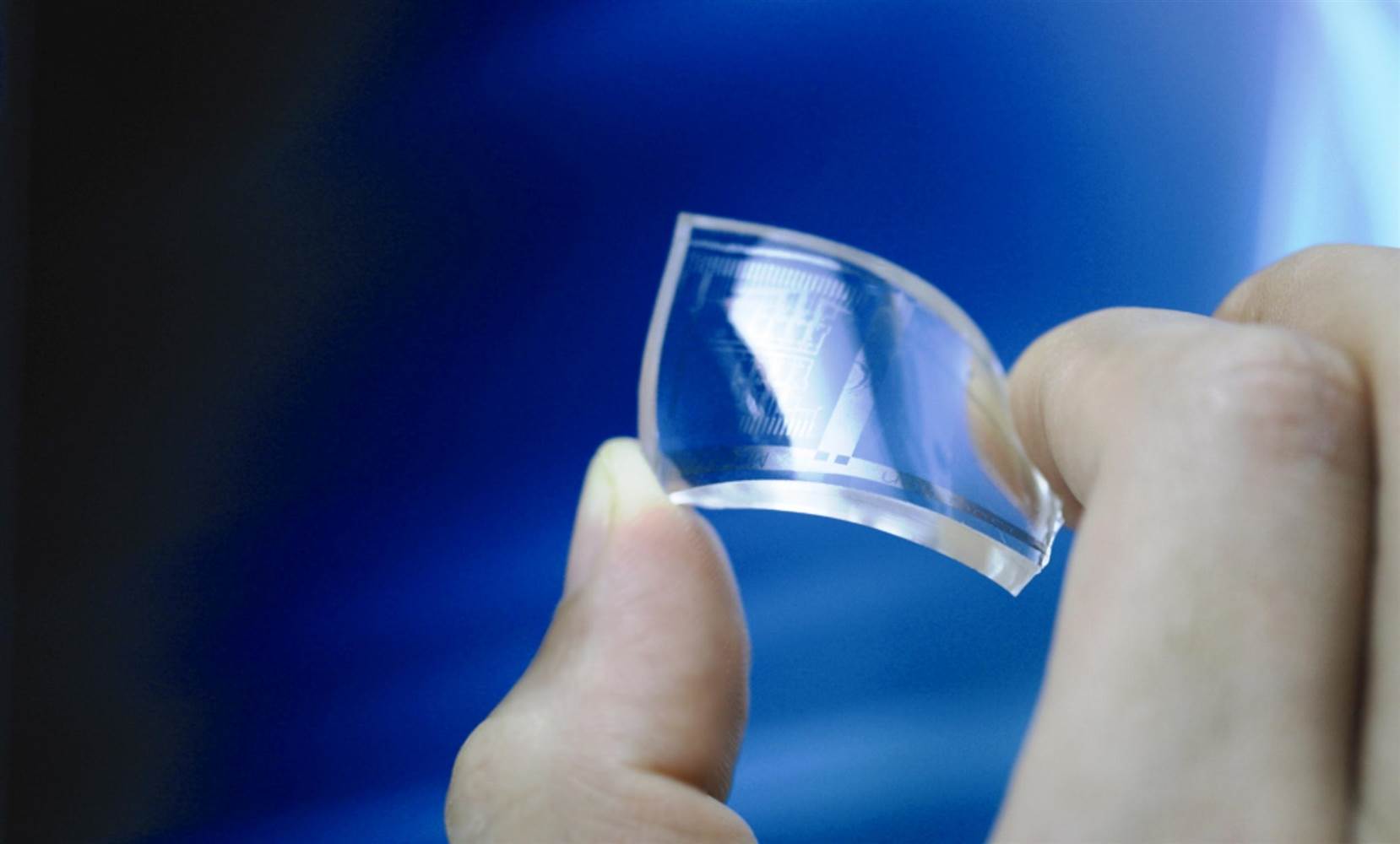 Shadow Of Channels: A Circular Shade House Made Of 90% Recycled Wood

Fly By: The Courtyard Villas at the Wyndham Garden Phú Quốc resort in Vietnam by MIA Design Studio

Previous
The Reserve House in South Africa BY Metropole Architects