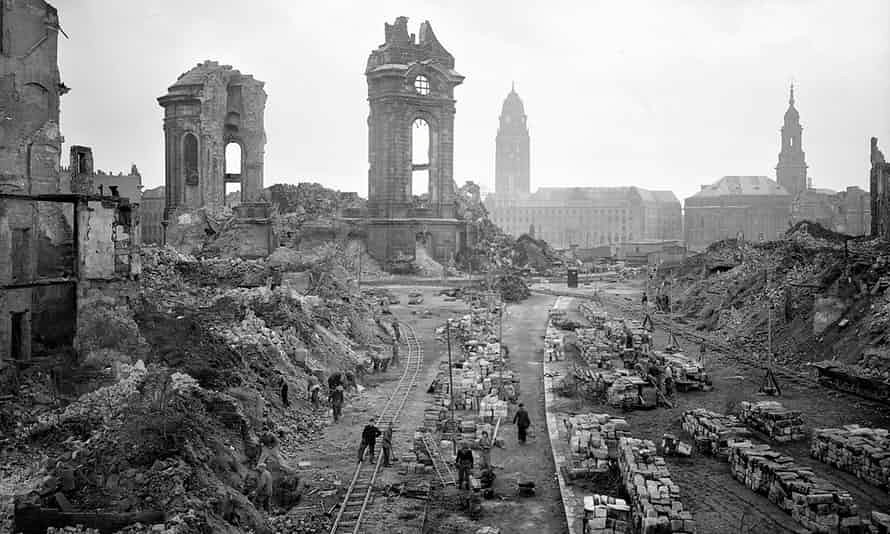 Architecture in Times of War: A Learning Point for Emerging African Cities

As reports of massive loss of lives and reduced standard of living are heard during regional and international conflicts and social feud, the next visible in the line of impact is Architecture. While humans are in a steady run to save their lives from targeted bullets and bombs, buildings and historical sites remain in position to receive these massive bombardments as they are launched against different locations. From religious buildings to historical centers, tourist and recreational facilities, nothing is spared, either they all fall, or are negatively impacted after bullets and missiles have rained on them. Historically, from the First World War to the last, there have been very many accounts of how buildings and cities have been mutilated during and after wars. From London to Frankfurt, Hiroshima and Rome, and recently, in Syria, there are visible evidences of the extensive damages that bullets and targeted weapons have caused people, cities and their Architecture.

My thought, in recent times, was thrown into the possibility of losing what we have built in many years of struggle, as fears of another civil war loom around the corners of South Eastern Nigeria. With the current agitations for a sovereign state by the group known as Indigenous People of Biafra (IPOB), and the counter reactions by the Nigerian Army which have claimed a number of lives, many South Easterners and Nigerians at large have expressed fears that another civil war may just be around the corner. The popular Nigerian Civil War which went on for three years, from 6th July 1967 to 15th January 1970, between the Nigerian Army and the secessionist state, also experienced human casualties said to be over 2 million civilians, 200,000 military on both sides and, 3 million refugees or displaced. The side that suffered the most, being the South Easterners, is yet to recover from the losses of relations, businesses, homes, and  lives. Buildings and utility facilities have been accounted as destroyed or impacted elements of the war. Globally, it has been generally accepted that historical buildings, facilities and cityscape are heavily impacted during conflicts, and most times, responsible government troops are seen protecting these sites as much as they protect citizens from targeted attacks.

Robert Bevan, in his book “The Destruction of Memory: Architecture at War”, argues that shattered buildings are not merely “collateral damage”, but rather calculated acts of cultural annihilation. A decimated Shiite shrine in Iraq, the erased Twin Towers of the World Trade Center, Hitler’s Kristallnacht, and even the fall of Sadam Hussein’s statue all summarize Bevan’s conclusion on the cultural impact on Architecture. He completes his submission by declaring these acts of wickedness as Cultural Genocide, and calls for established international treaties against destroyed architecture. Media giants, such as Financial Times, Sunday Times and The Guardian, have in one way or the other commended Bevan for his publication. Yet this heinous act continues to occur as nations and cities experience terror or struggle for freedom. Religious facilities, such as mosques and churches, suffer the most, and are usually the first to get attacked and destroyed.

In The Guardian publication of 17th December 2015, Adrian Mourby recounts the world’s most damaged cities. He, in what reads like an emotional submission, painfully records the cities that have most recently felt the stings of war in architecture and city planning. Recently, Syria’s historic cities have not been left out of this destruction of culture and architectural design identity. As government and rebel forces continued to explode dangerous and harmful devices, the ancient city of Allepo, popularly termed the “Vienna of the Middle East” was erased to nothingness and dust. Regardless of the fact that the destructions seem intentional, and with calls from critics and sympathizers from the international community, more of such destructions have also happened in more cities like Northern Mali where the Battle of Timbuktu have done more harm to a World Heritage City, as Ansar Dine fighters scattered and burnt the tombs of Islamic saints. London, seen as Britain’s most war-damaged city during the Second World War, was able to rebuild in such a short time frame, because of her vibrant economy and commitment to restoration, and also, proper appropriation of funds earmarked for the recovery of the city. In today’s London, one hardly notices the extent of damage inflicted upon it during those times as most of these destroyed sites currently serve as tourists or memorial sites.

If South Eastern Nigeria, or Nigerian cities, should be plunged into a state of civil unrest and her scarce architecture destroyed, how quick will restoration be funded by the conquering government to prosper? Or are Nigerian cities bound to be thrown back in time after such sad occurrence? My fear is of the latter, as with the current imbalance in the economy of the nation and the massive rate of corruption, it is more believable to say that funds may not be available to rebuild fallen cities in Nigeria. And this is how we continue to lose our design identity and culture, through conflicts and demolitions. Wars continue to be non-beneficial to all the parties involved, as they continue to leave long-lasting scars on the lives of survivors and their next generation, their environments, their culture and their architecture.

Next
“Who Am I”: Theo Lawson Speaks at Creative Architects 2017