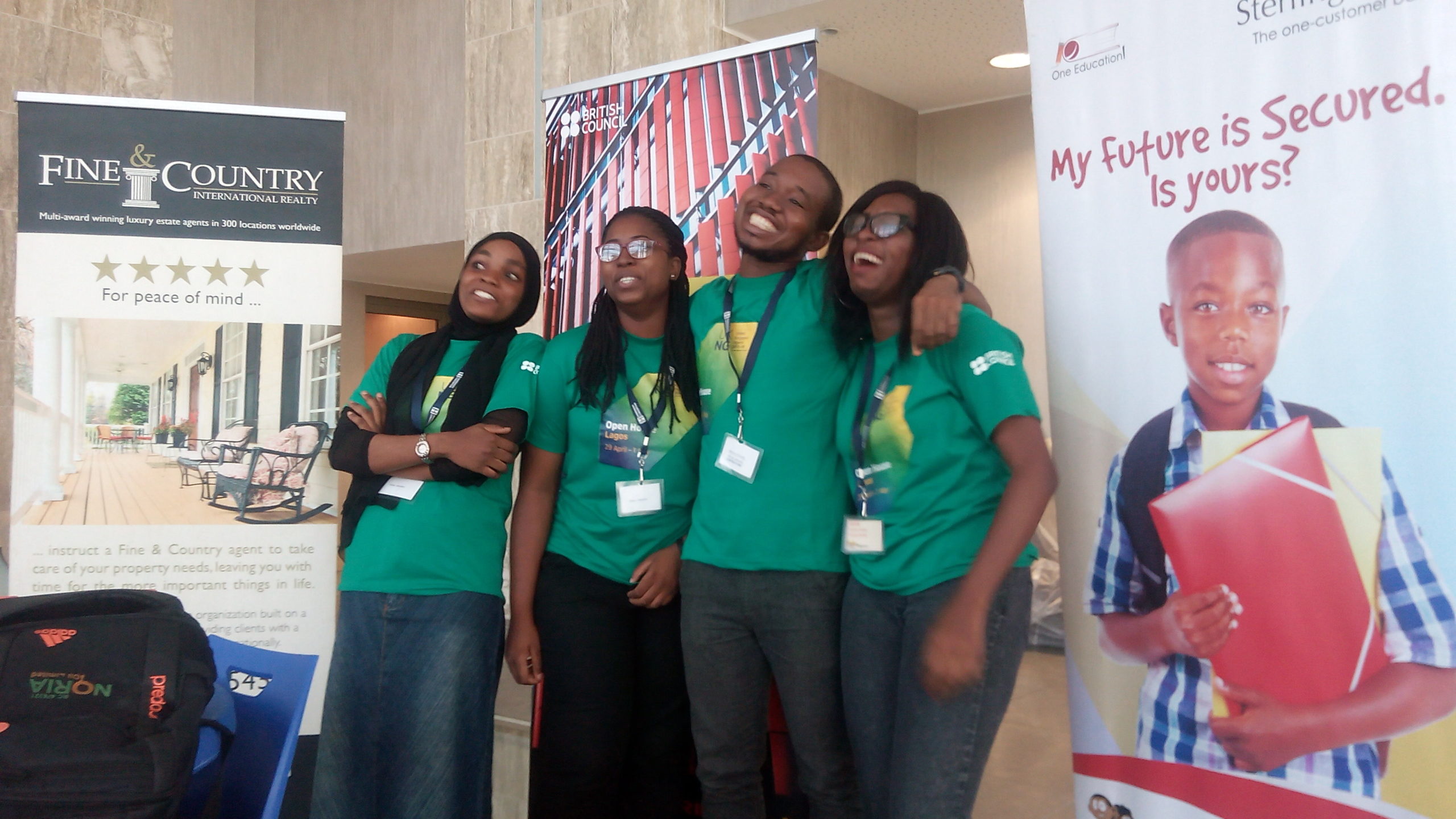 Our Experience at Open House Lagos Organised by the British Council

The much publicised and much anticipated Open House Lagos, organised by the British Council in partnership with Open House Worldwide, took place over the workers day weekend, and of the 30+ buildings exhibited, we were able to make it to 3. (Many thanks to Lagos traffic).

It was a very enjoyable experience walking through buildings that one typically drives by around the city. Getting to see and hear about the thought process behind the design, the intent and the story behind each building was insightful to say the least and we look forward to the next Open House Lagos. Heres our experience,

This was our first stop to kick off the event. The 170 room hotel was designed by Moyo Ogunseinde of Mika Associates and the famous Swedish Hospitality Designer, Christian Lundwall. Right away you get a sense of the fusion between Textured African and contemporary Swedish that blend so well and so seamlessly in the vibrant of ways. The intelligent use of art lends character to spaces and surfaces that would have otherwise been plain and bland. In simple terms, the hotel has this warmth to it that eludes most hospitality brands of this size and scale.

We were taken on a tour through the entirety of the building from the front facing lobbies, restaurants, suites and guest rooms to the more back end service areas that are the life blood of the hotel.

It offered great insight into hospitality design and the amount of thought that goes into crafting not just a structure but an experience that a guest can fully enjoy. Oh! and the infinity pool was a cool touch as well.

Designed by Lagos based Adeniyi Coker Consultants Limited (ACCL), the Nestoil Tower is a one-of-a-kind, mixed-use development; strategically located at the intersection of two major business districts (Akin Adesola Street and Saka Tinubu Street) in Victoria Island, offering a panoramic view of the Eko Atlantic City and the Atlantic Ocean. The 15 floor tower sits on a land size of 3900 sqm offering over 9000 lettable commercial spaces. Its probably one of the most iconic office building on Victoria Island right now.

We were restricted from taking pictures while in the building but it was an enlightening experience all the same. The elliptical tower is very high security adopting the use of a fair amount of technology for entry, exit and what not. It offers 7 storeys of car parks embedded within the building so it doesn’t really stand out on the exterior facade. The office spaces are fairly large and offer great views of the surrounding city while the helipad is right now the largest of its kind on the Island supporting any class of helipcopter avaliable. 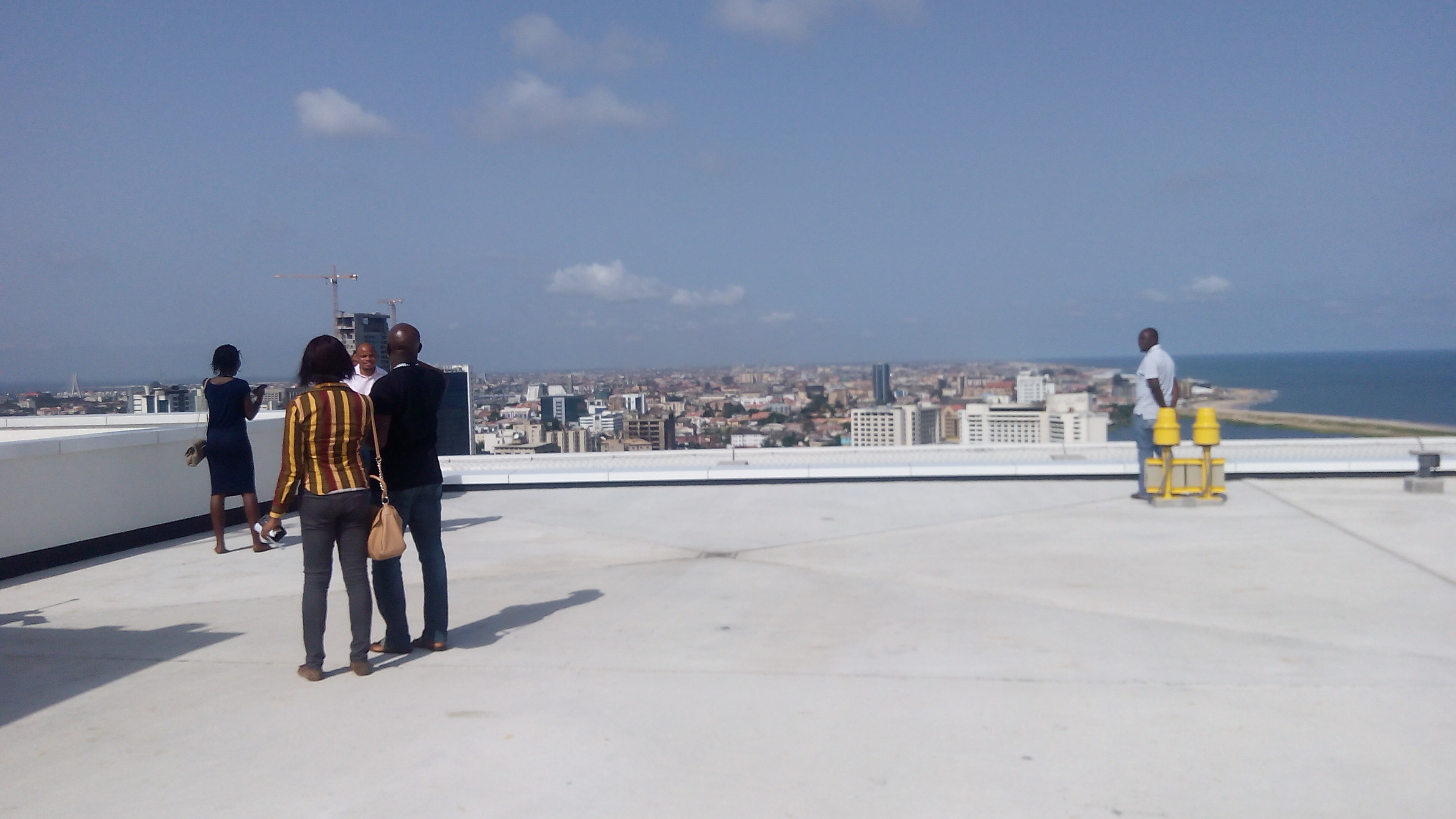 This is probably one of the most exquisite homes I have been to in the country. Everything from the planning to the design and the finishing shows a deliberate intent to create not just a comfortable home but effective architecture. Designed by Lagos based ARG Studio, the home is located on Banana Island, as one half of an unidentical pair of semi-detached houses. Due to reasons of privacy as well, photography was not permitted inside the house, but I will say this, its a lovely , inspiring courtyard home that totally does away with the traditional design ethos of Nigerian residences and chooses rather to respond to the site as well as the requirements of the client, who happens to be the nicest guy you could meet.

Here’s a single shot of the interior as seen on ARG Studio’s facebook page,

While we were unable to visit a good number of the buildings on display, that didn’t stop Lagos from coming out to also experience the open house event. Here’s a look at what ‘Lagos-Twitter’ had to say,

And this doubles as a pool and a fountain ?? #OpenHouseLagos_ pic.twitter.com/vhHKB4VI13

When everyone is talking about #Open_House_Lagos but you’re at home wondering why you didn’t turn up ? pic.twitter.com/sEBHZRVxSZ

The Bogobiri is made with purely African materials. Call it an Ancient 5 star place lol #Open_House_Lagos pic.twitter.com/eZIyF5v91W

As seen from the roof top Maison Fahrenheit Hotel. What a best! #OpenHouseLagos_ @openhouselagos pic.twitter.com/Tygtv2KjT4

Ya’all be complaining of Lagos traffic and stress. Here’s a chance to experience a different Lagos #OpenHouseLagos pic.twitter.com/i5YUFR3DtR

Next
On Site: Watch Episode 4 of RED TV’s “Interiors by Design”