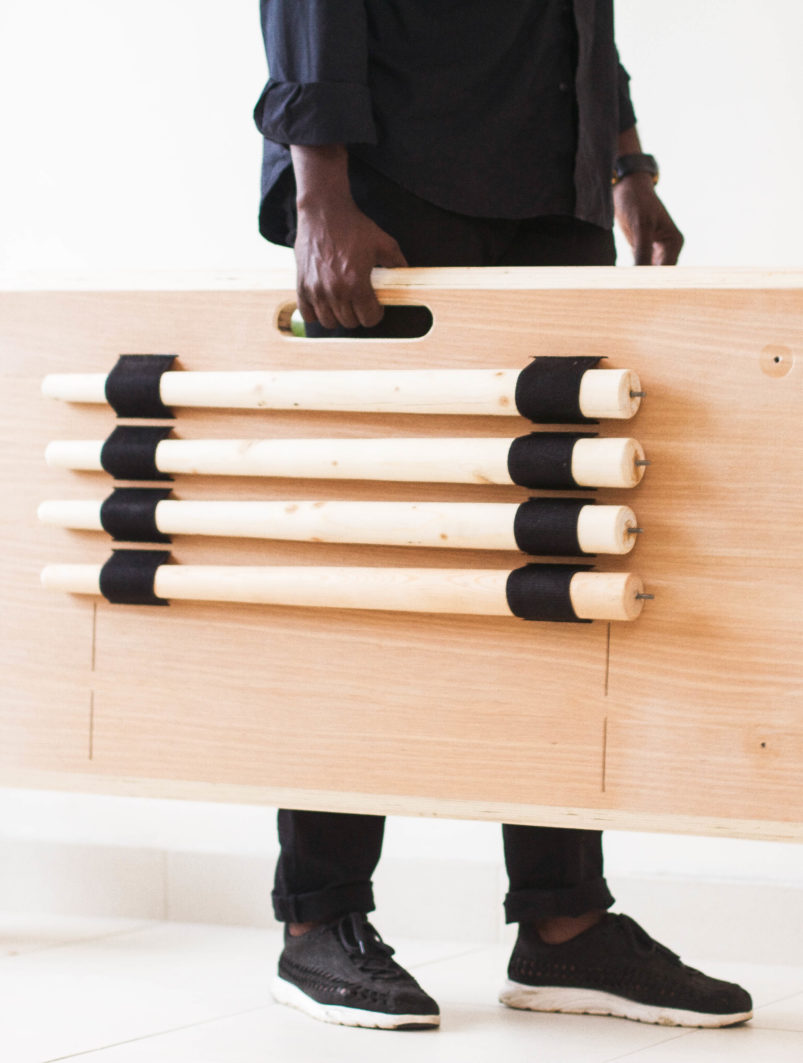 TEBUR (which means ‘table’ in hausa) is a flat pack work desk designed by Nifemi Marcus Bello. The table was conceived with ease of transportation and assembly in mind, accommodating the lifestyle of users who have to live or work in small spaces for extended periods of time.

As described on his website, “Until now, Work Tables were typically heavy, awkward to transport for long distances and challenging to assemble. These issues were considered in view of readily available transport options and conditions in crowded cities such as Lagos. As a result, the TEBUR was specifically engineered to be light, and to allow for easy, one-handed transportation.” 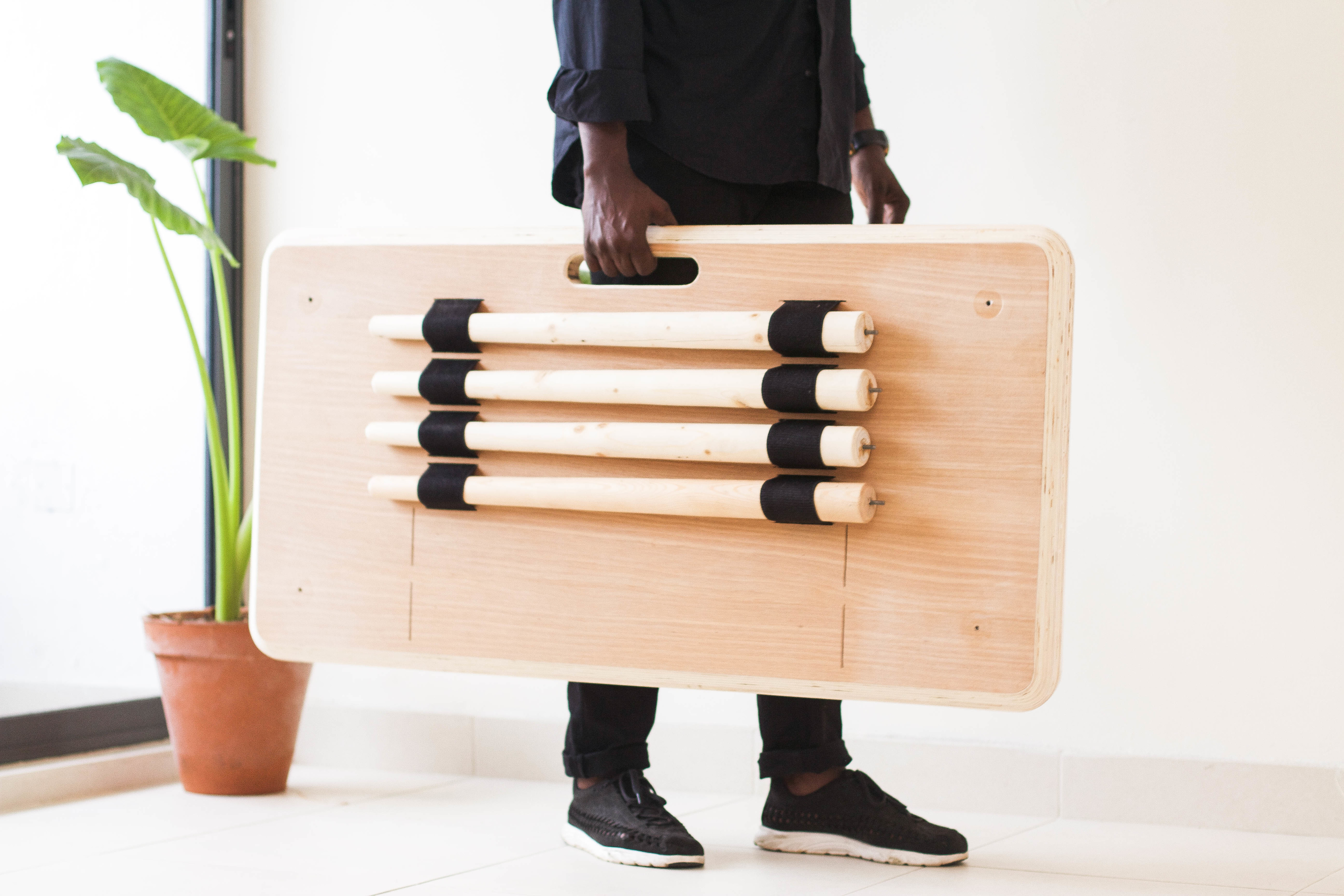 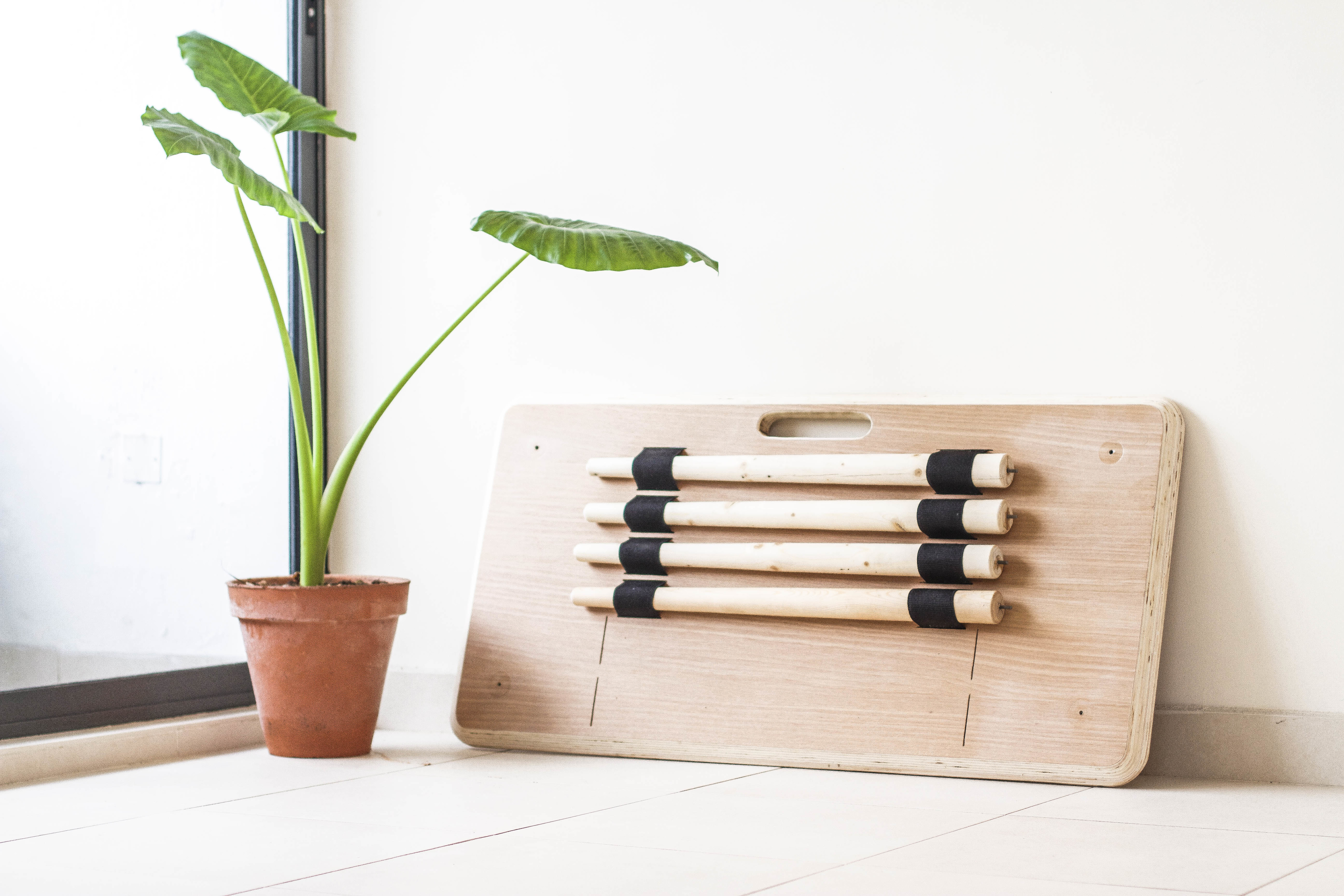 To facilitate low-cost mass production, current techniques for furniture manufacturing were fine-tuned until the end product was a table top accompanied by four easy to screw legs. As manufacturing environment improves, the possibility of using Joints will be explored. 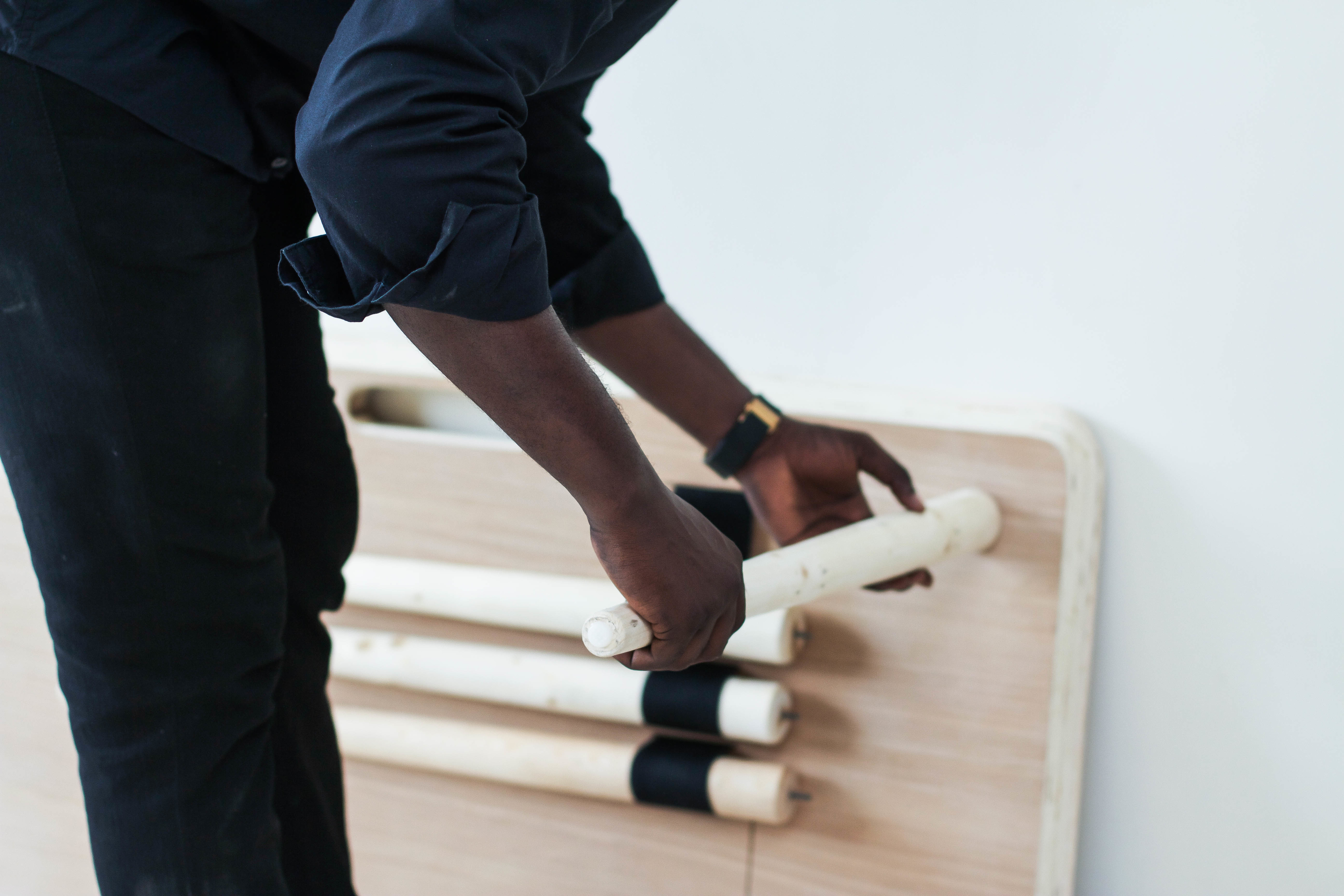 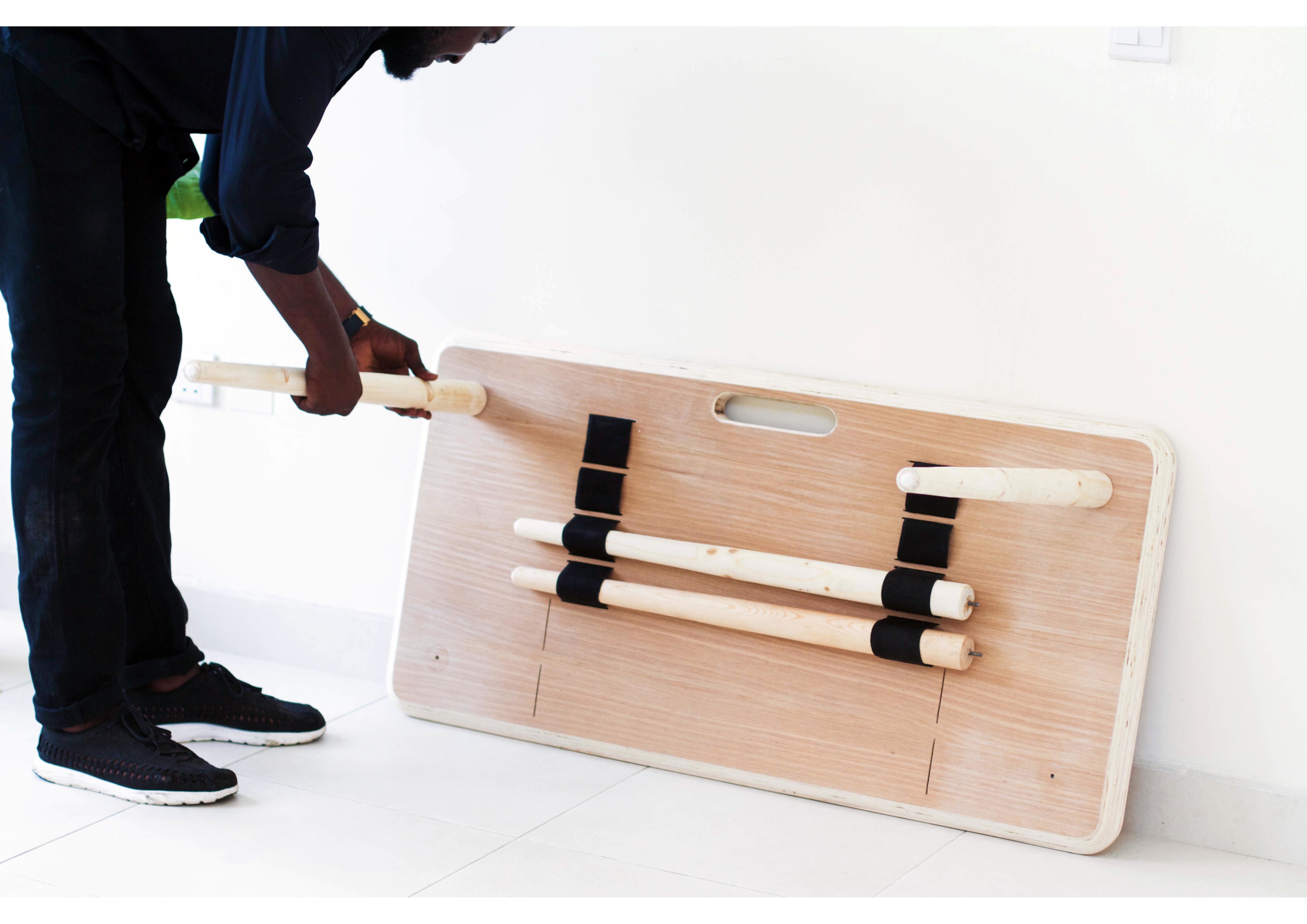 The assembly experience is intuitive and simplistic. Without using any sort of tools, the legs are simply screwed into their corresponding holes underneath the flat top.

During transportation, the legs are held in place along the underside of the table-top by elastic cotton, so the user simply has to slide them out for set-up. The entire assembly is carried by the handle which doubles as a grommet hole for cable management. 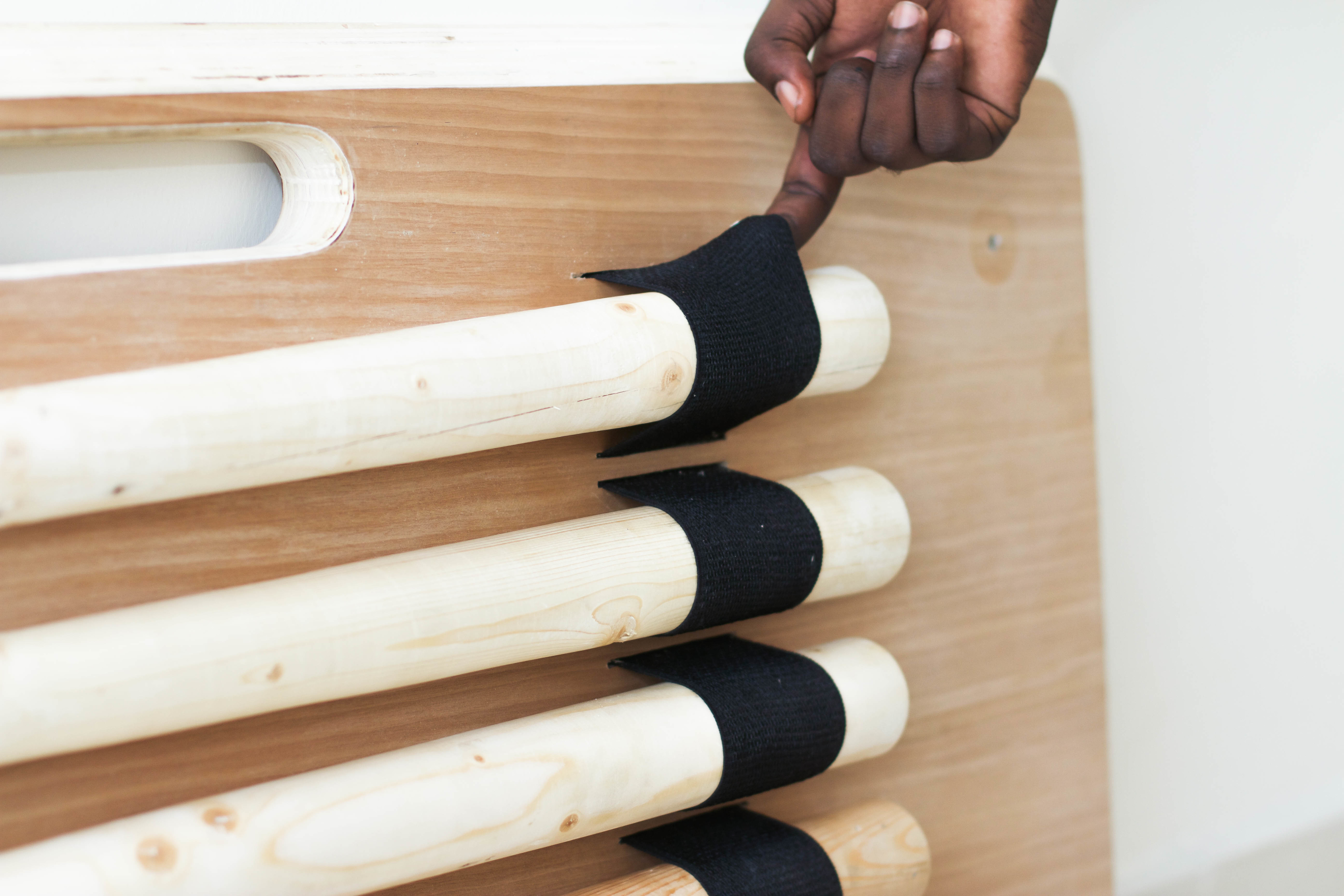 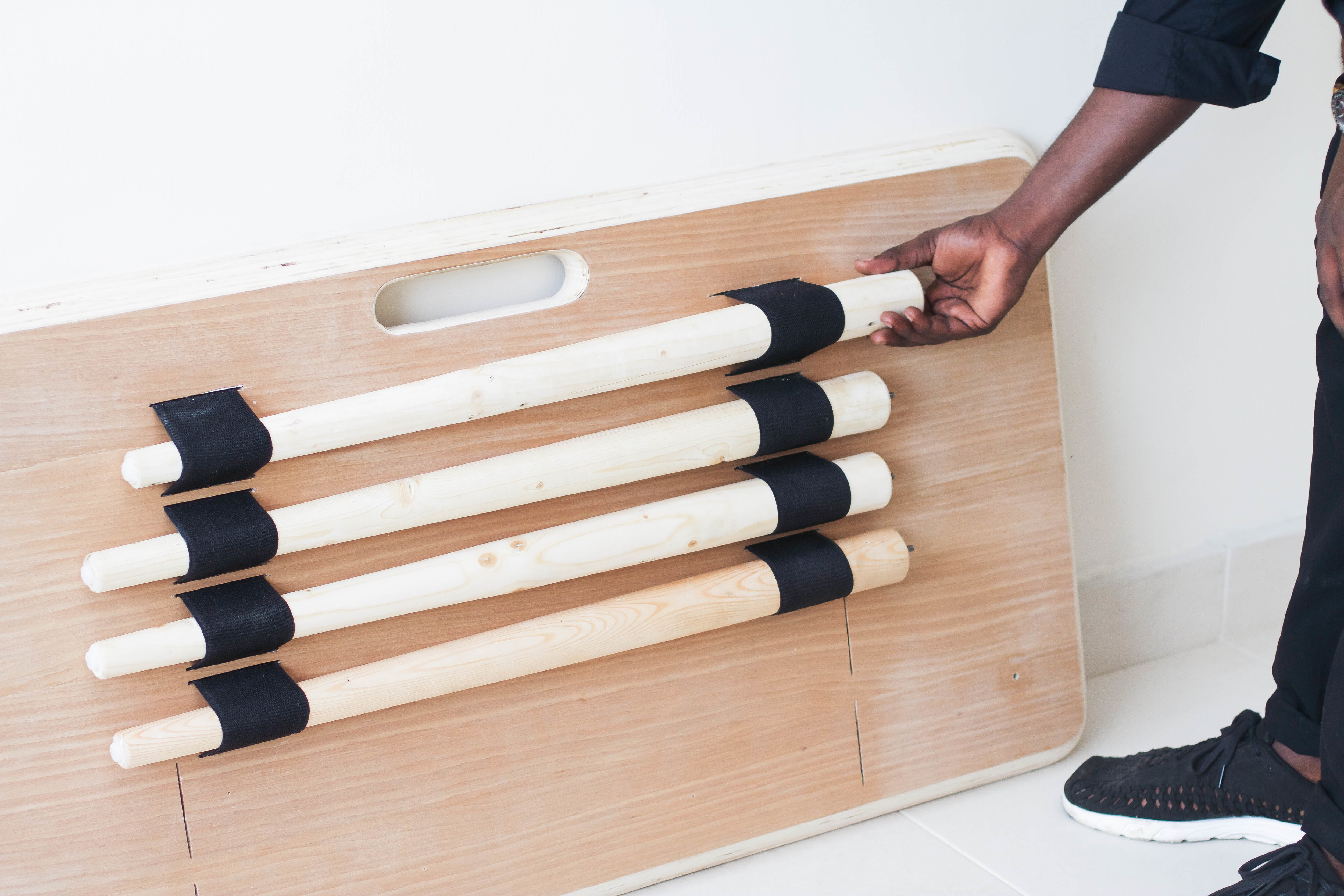 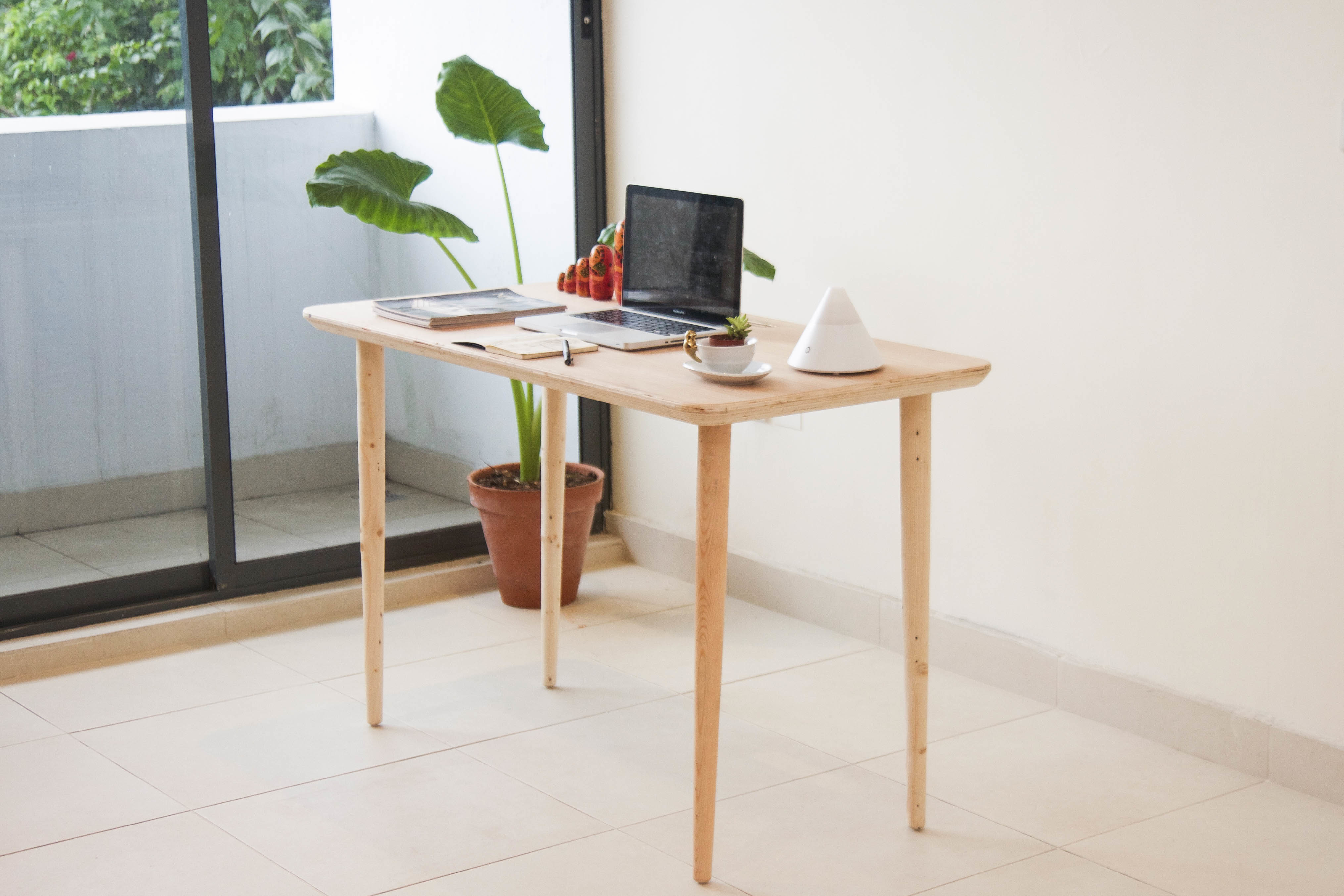 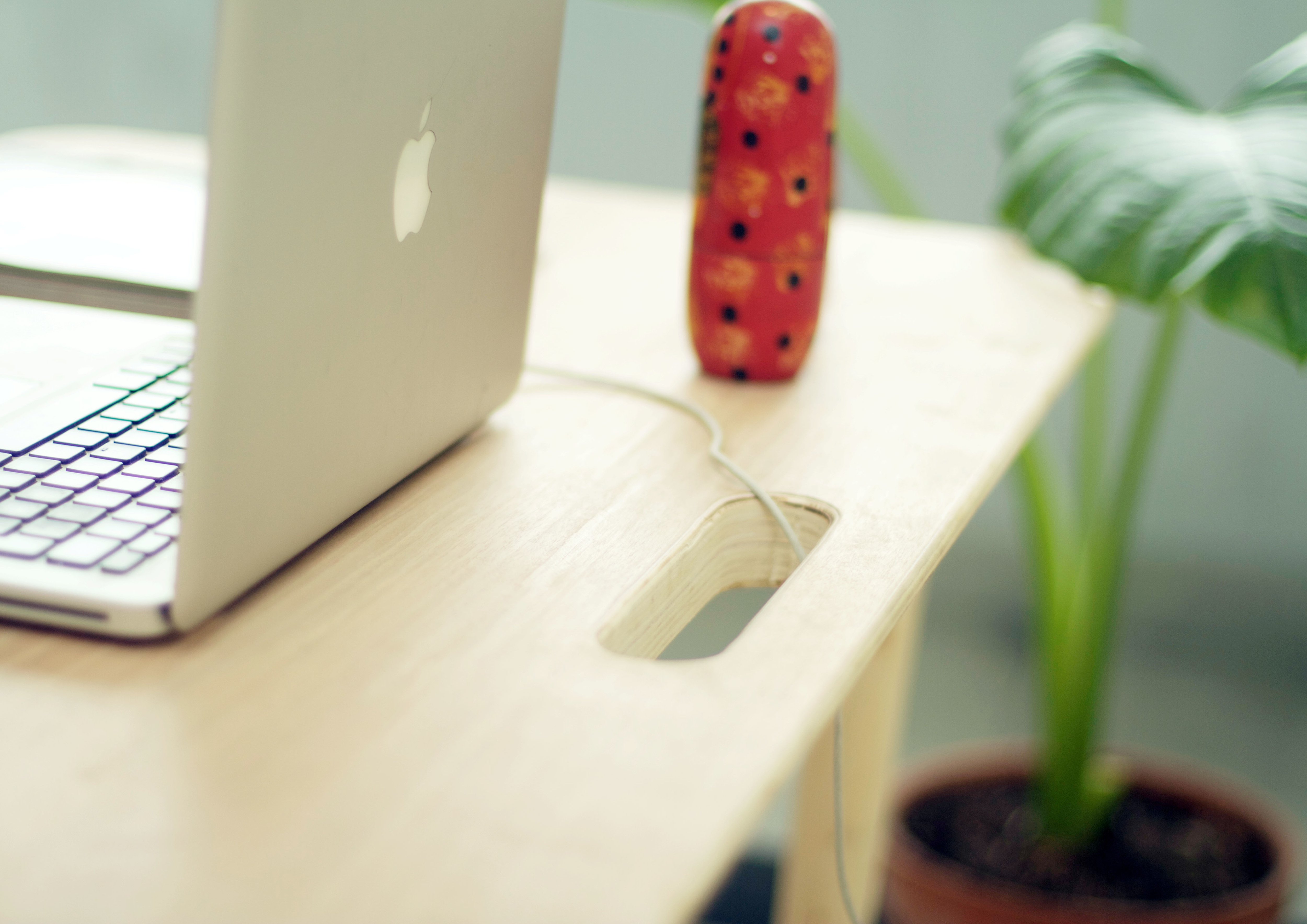