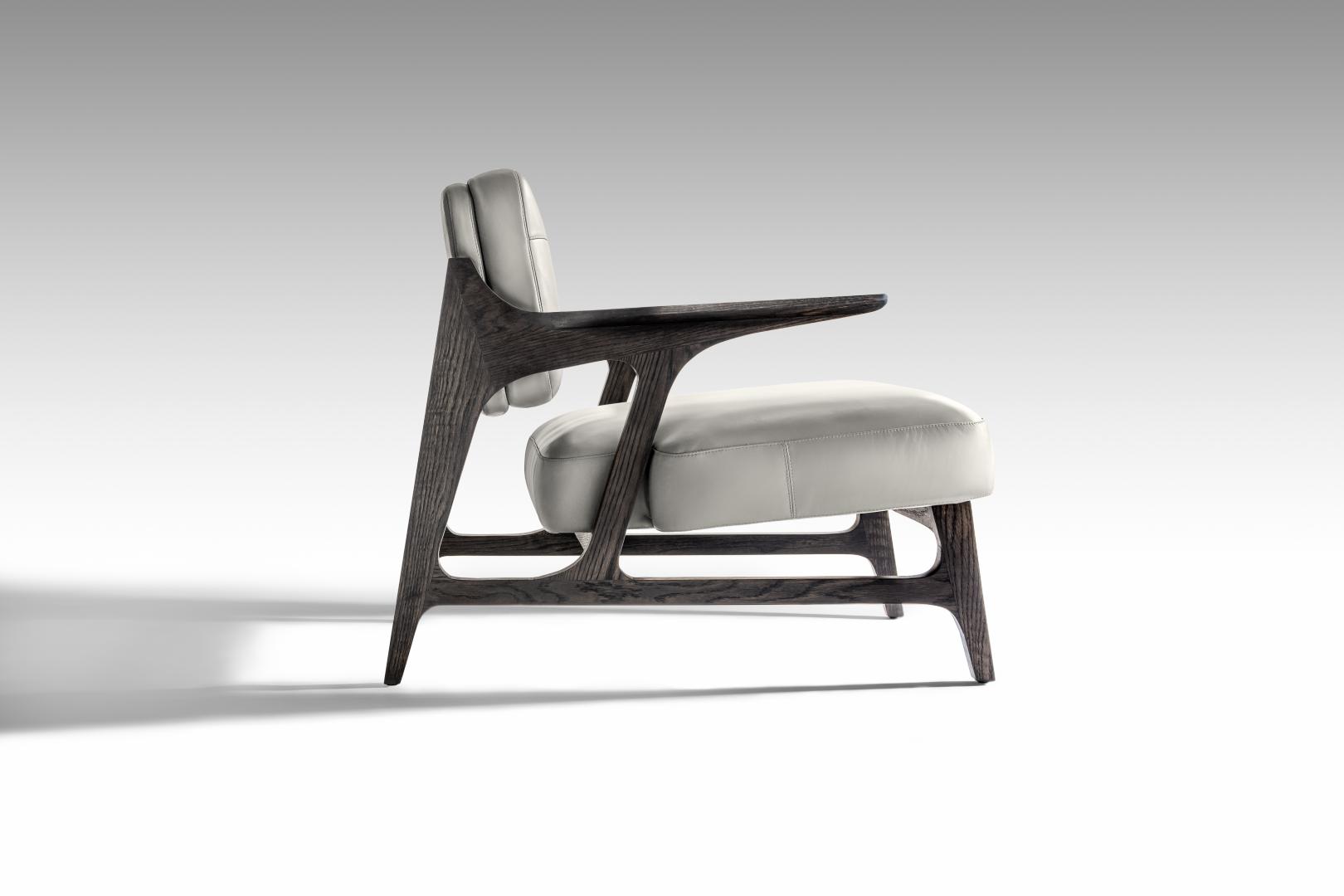 Miles by OKHA is a Sculptural Armchair Inspired by Architecture

The MILES armchair was recently launched by South African Furniture Design and Interiors company OKHA and is an evolution of its earlier classic.

The armchair is described as “a sculpted, lyrical statement” with a form that is fluid and sensual, defining both the structure and mass as well as the beauty of negative space. The Miles armchair draws inspiration from architecture and features a solid oak frame with a double bar that runs from armrest to the leather upholstered, dual density foam seat. This maintains the character of the original while offering a subtle evolution visually.

“I’m massively inspired by architecture, there is a genre of architecture that is at its core highly sculptural, where the structure is rooted in the expressivity of form… so you can say in a broader context that sculpture is a major influence, I love how pure form, line, and contour possess such emotive force”