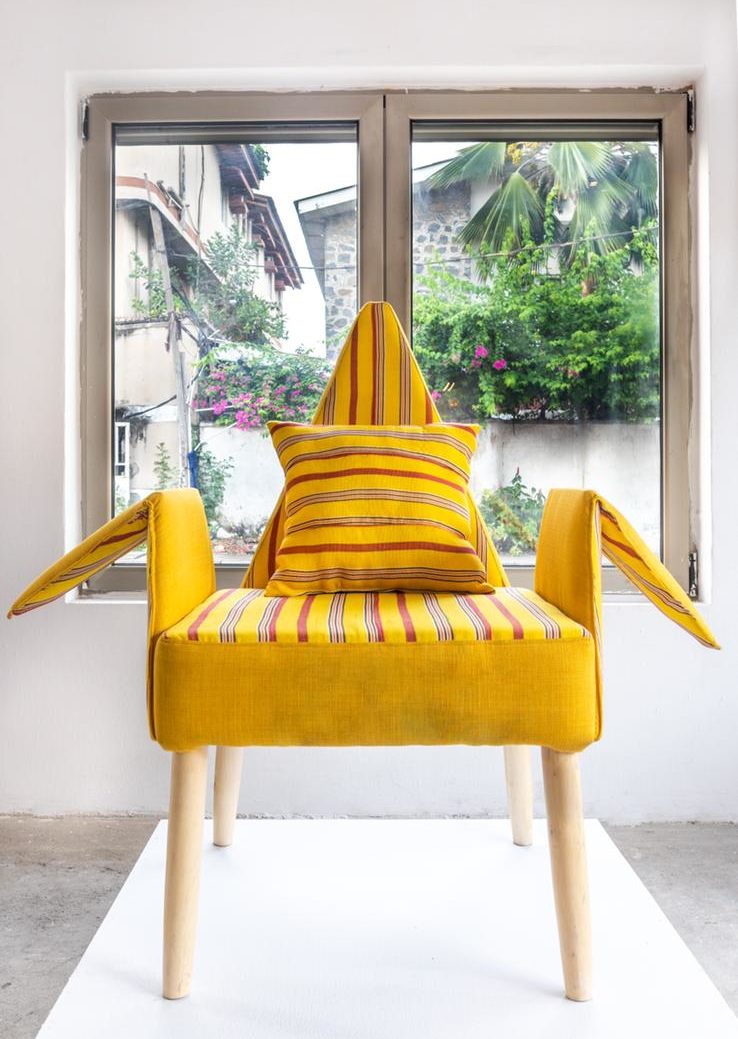 Inspired by the traditional cap of the Yoruba people of Nigeria “Abeti Aja”, the chair is a fusion of modern, cultural and timeless living.

The armchair can be described as a traditional piece with modern sensibilities. It has the timelessness of culture with the clean lines of a modern design. According to the designer,

The idea of the chair is to create an African product that readily works in a contemporary/modern space, basically a modern chair that still depicts the African culture.

Aside from drawing the inspiration of the form from the Yoruba culture, the choice of material doesn’t fall behind. The chair is upholstered with the Aso Oke, short for “aso llu oke” – the traditional fabric of the Yoruba tribe in Nigeria. For the frame, Mahogany/Teak wood is used.

The armchair is designed to be used as an occasional or accent chair. Its use cuts across being used in commercial spaces, or in homes. The geometric, dynamic look of the chair, its vibrant colours and rich texture make it an eye-catching addition to any space.

The IJOKO ABETI AJA was designed by Tolulope Adebayo, the creative director of Inuda creations in October 2020 and was or the first time displayed at Design week Lagos in 23rd, October 2020.It has also been in display in certain office spaces such as BudgIT office.

Tolulope Adebayo studied architecture in the university of lagos to the Master’s level, worked in an interior firm or about three years before starting inuda creations in 2019

Want to get your products published? Get started here

Next
Nicole Crowder Collection in Collaboration with World Market