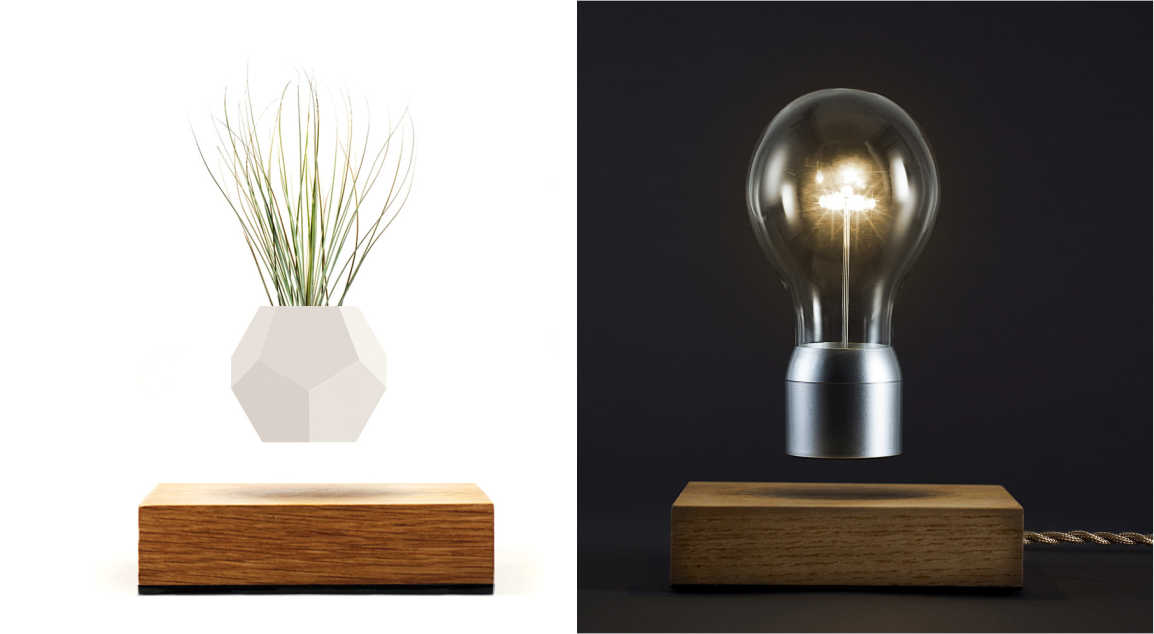 Flyte and Lyfe: The Floating Lightbulb and Planter Designed by Simon Morris

Funded via an wildly successful kickstarter campaign, (raised over $400,000 from an original goal of $80,000), FLYTE, combines magnetic levitation and wireless induction technologies, while LYFE, which was also realised through a successful kickstarter campaign (raised over $300,000), uses the same levitation technology to suspend and rotate a small silicon planter in mid air allowing the plant within enjoy 360 degrees of air and sunlight exposure.

Here’s a closer look at both of these very impressively designed products:

Recognised as one of the best inventions of 2016 by Time magazine, FLYTE’s levitating light, hovers by magnetic levitation and is powered through the air via induction, requiring no batteries. The bulb is a shatter proof, energy efficient LED, rated at about 50, 000 hours, meaning it can work for 12 hours a day for 11 years.

The FLYTE base is made of sustainable sourced wood with options ranging between oak, ash or walnut. 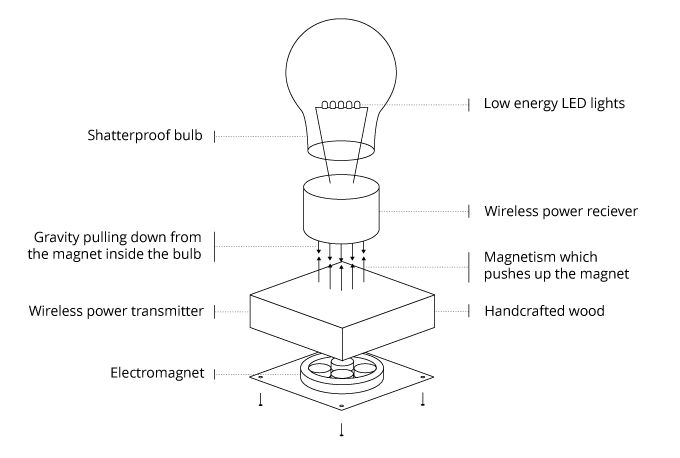 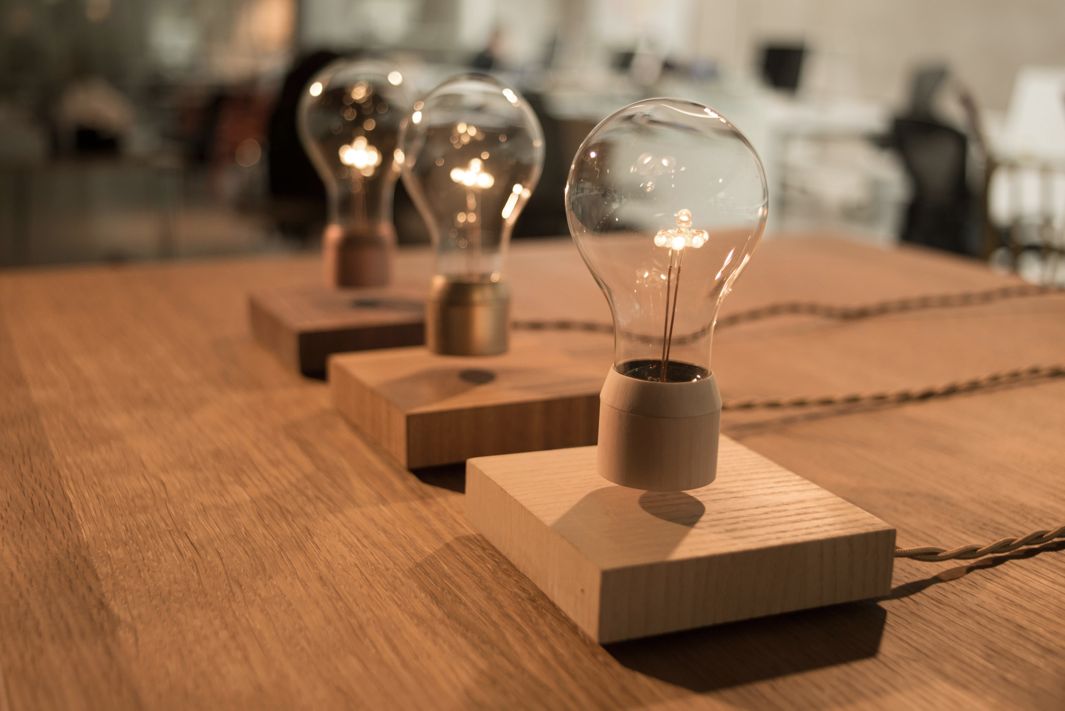 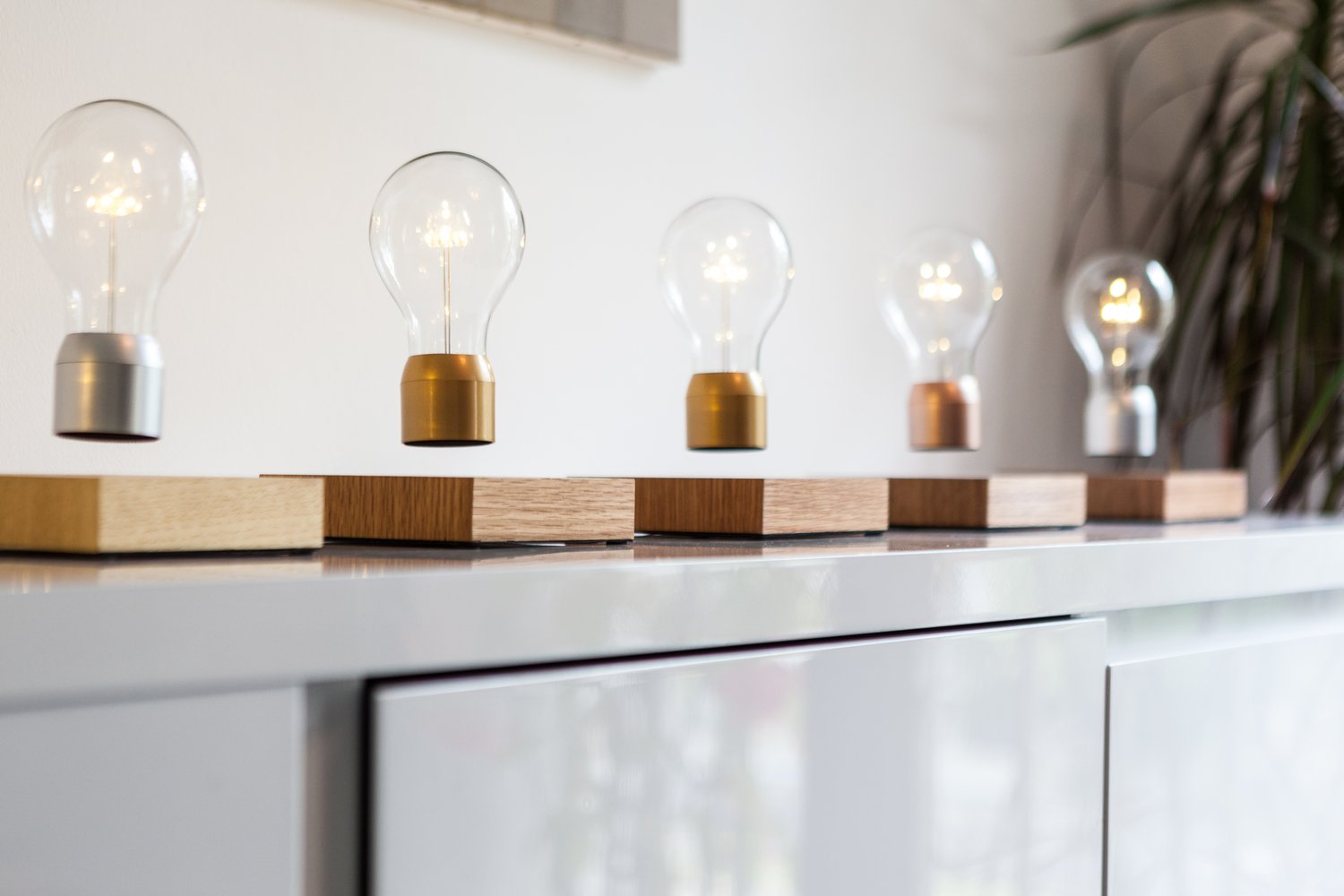 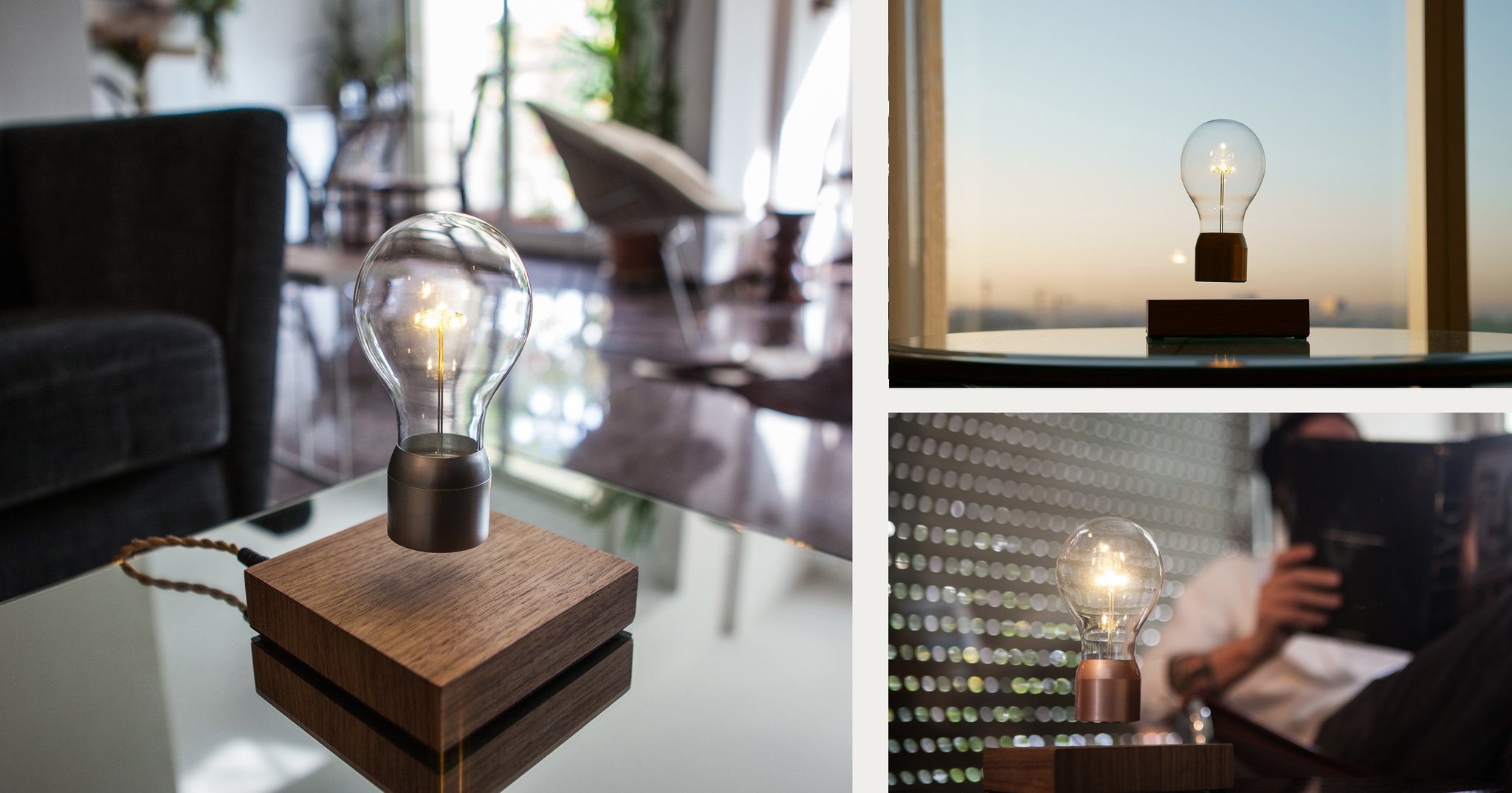 LYFE is a zero-gravity growing system allowing you to cultivate your favorite plants in mid-air. It consists of a planter that hovers over an oak base, also via magnetic levitation.

The planter is designed to gently rotate during suspension which is especially beneficial for air plants, as nutrients are absorbed by their leaves through the air, rather than the conventional root system. Air plants thrive upon the circulation of airborne particles; with no soil required, while the magnetic fields enhance the plant’s metabolism.

1. LYFE Planter: Our 12-sided geodesic planter is molded from silicon, making it grippy and tactile.

2. LYFE Reservoir: To mitigate against over-watering, a cleverly designed drainage system allows water to escape to a hidden, inner reservoir.

3. LYFE Magnet: A custom shaped LYFE magnet pushes up against an electromagnetic base, causing the planter to levitate in mid-air. 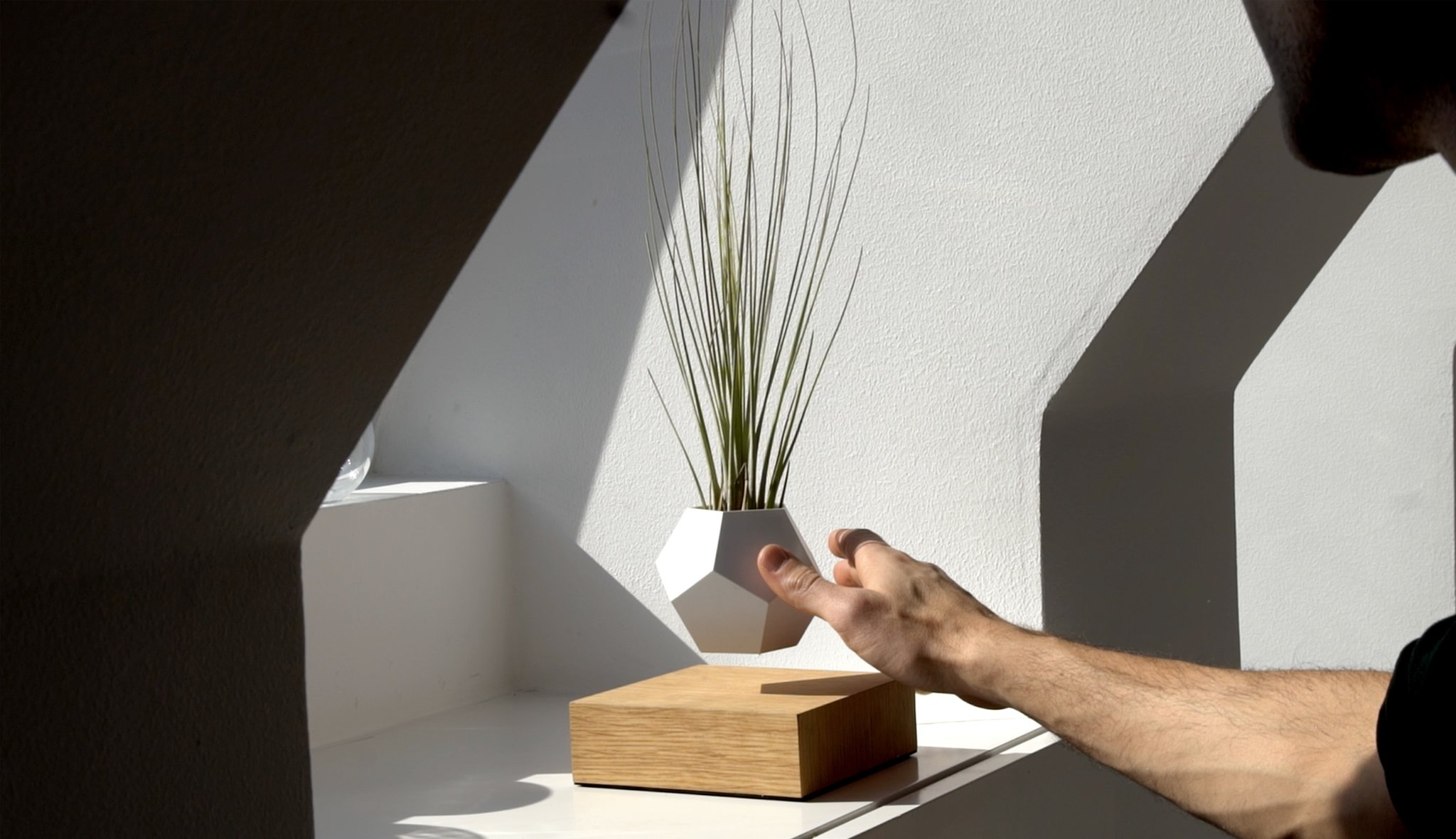 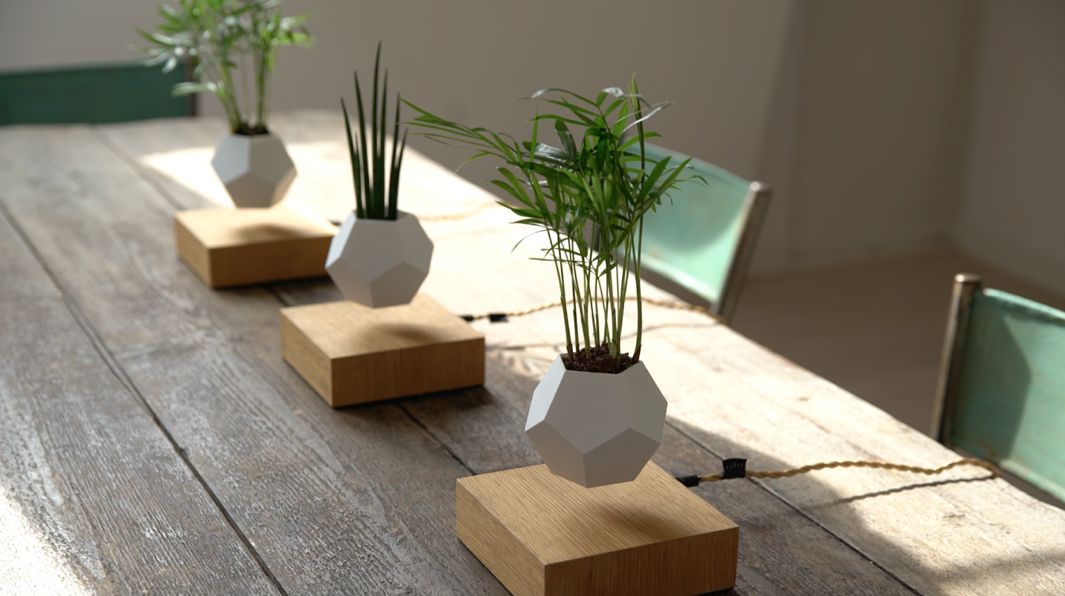 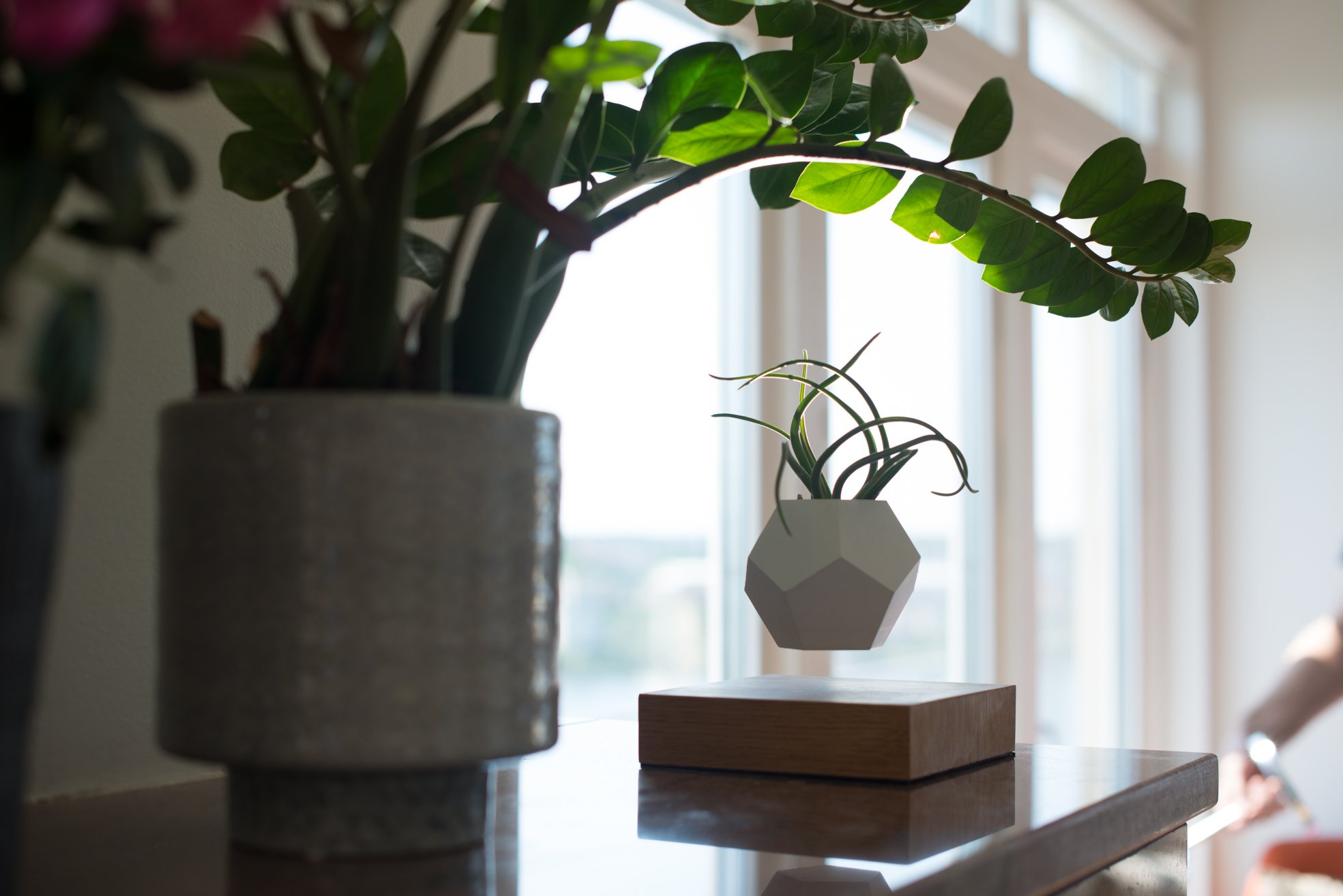 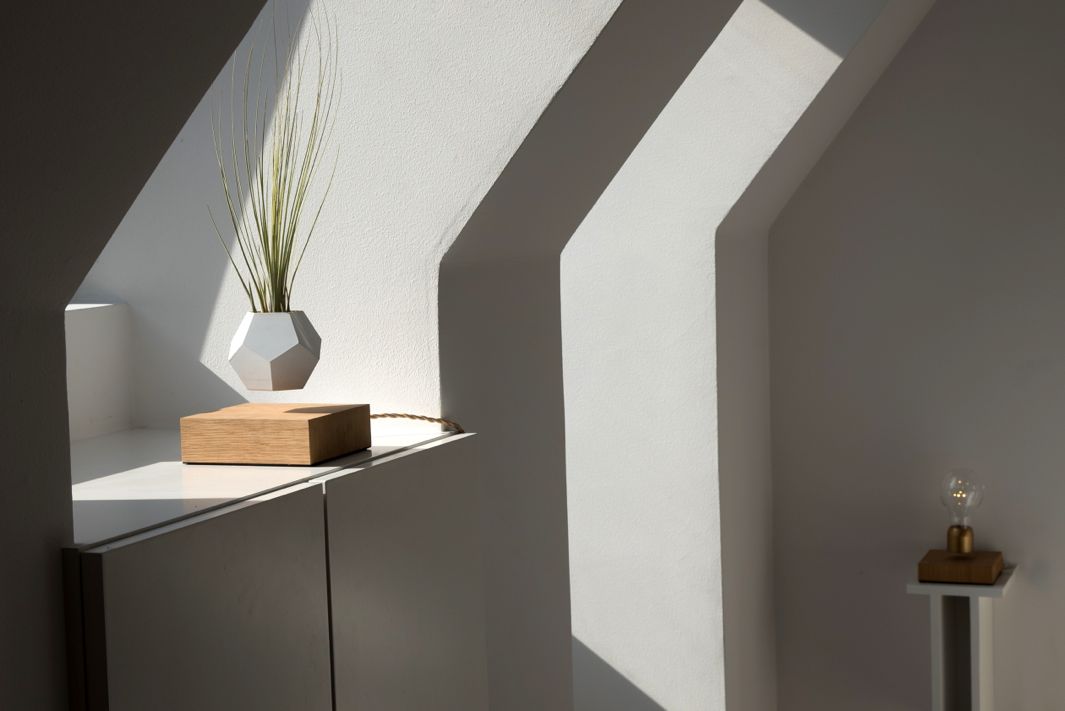 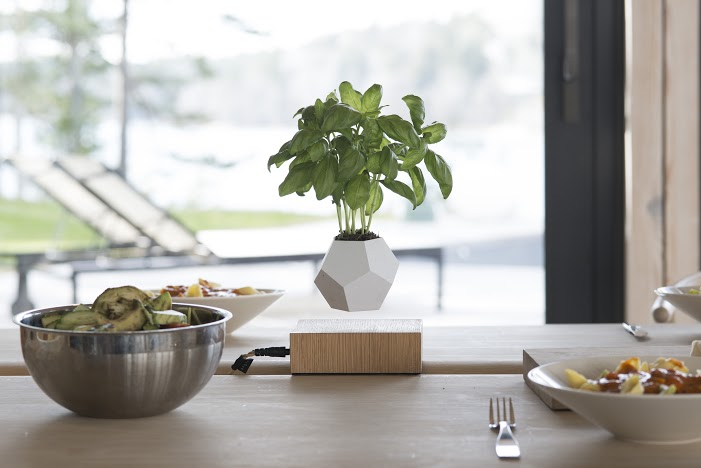 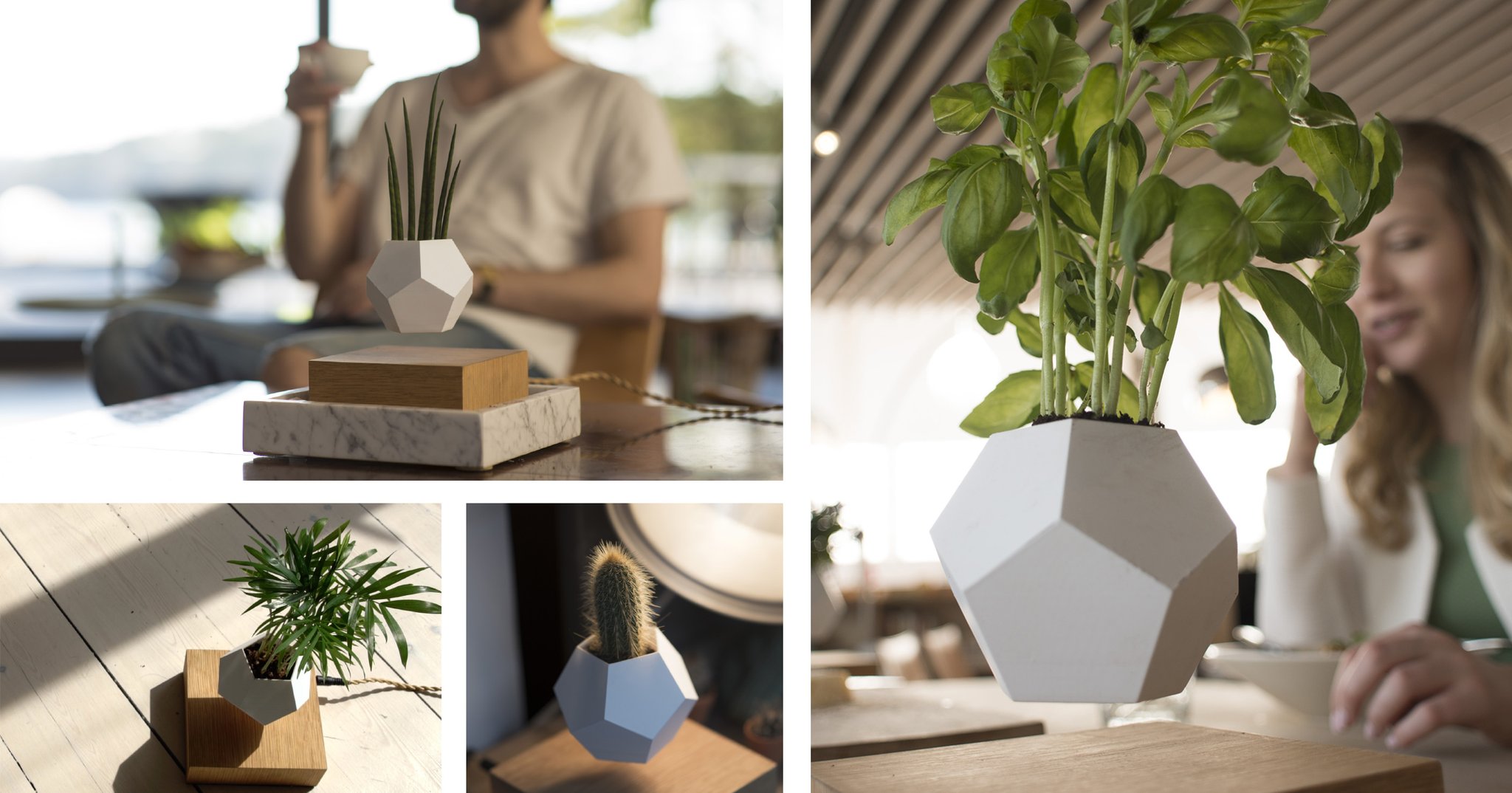