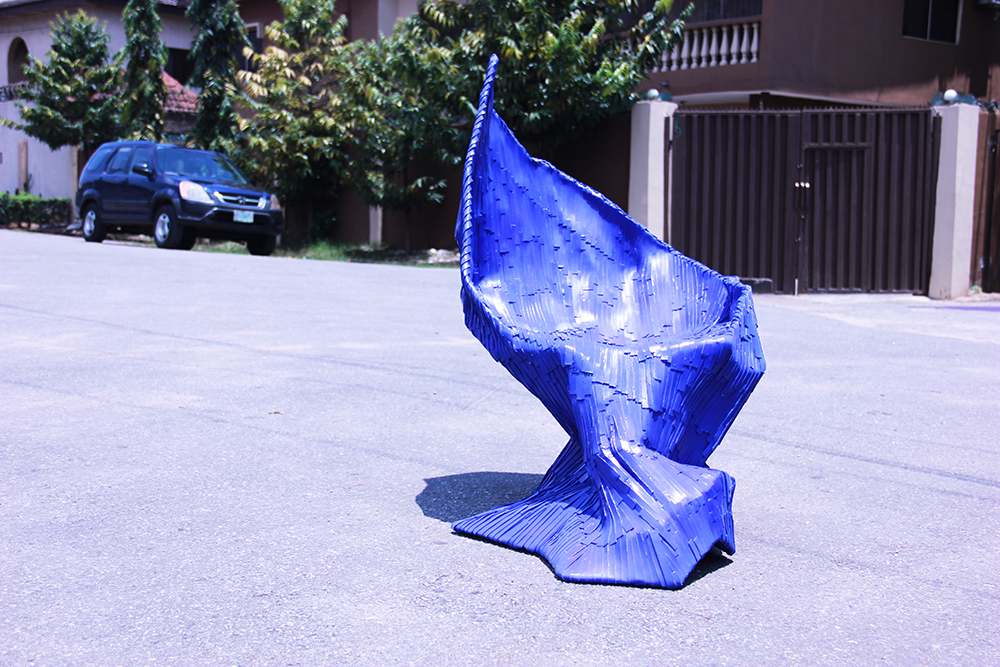 Nigerian Designer Damola Rufai recently shared with us images of his latest project which he has titled “OYA”.

As he describes it, OYA, which is named after an Orisha (spirit) in Yoruba lore that is said to command wind, lightning and storms, is a sculptural, and experimental chair. As such, the design of the chair draws inspiration from the effects of wind activity on geological formations.

The form and aesthetic of the chair were designed to evoke a sense of motion, reminiscent of the striations caused by the effects of wind erosion on some geological formations. These abraded rocks tend to depict the direction of the winds that affect them over time through grooves and striations that mark the rocks as the wind blows sand and other particles against them.

What is most impressive about OYA is the fact that it is completely handmade without the use of CAD modelling programs or hi tech equipment. The process from ideation and design to production was entirely intuitive. The chair is made up of structure and shell that consists of an intricate network of thousands of bamboo skewers, drinking straws and handcut strips of modelling board.

Next
Staircases and Spaces: Saving Spaces and Increasing Functionality