THE T HOUSE IN THAILAND BY IDIN ARCHITECTS

The T House by Idin Architects is a family vacation house near the Chao Samran beach. The house typically serves four families of 3, as such there are at least 10 people in the house at any give time. The main function of this house is catering to parties, dinners and general relaxation. The idea of “sharing”was at the core of the concept behind the interior space. The house is such that while each person is engaging in their own activity they are able to see and communicate with each other as though they were in the same space.

The design begins with layout enclosed space of three master bedrooms, and happens to be the common area at the center which open view to the sea and to non-heat direction at the North. The bedrooms also act as shading that block sunlight from South and West to the main common area. One bedroom on ground floor serve the continuity of living space and also convenient for the elders not to hiking to upstairs. The wall of the three bedrooms are designed enable for fully opened in which the entire area of the house become a single space where the activity flows throughout the house both upper and lower. The materials applied for the bedrooms are wood which lying continuously from inside to outside. On the exterior view, the bedrooms are apparently standing out as three wooden boxes, and they are divided only by the glass which is to control the air flow.

The interior considered on the owner’s functions and lifestyles. The dining table is adaptable for multiple uses. The bed rooms serve for many persons staying simultaneously. The rope net at the stairs is for the kids to play around. 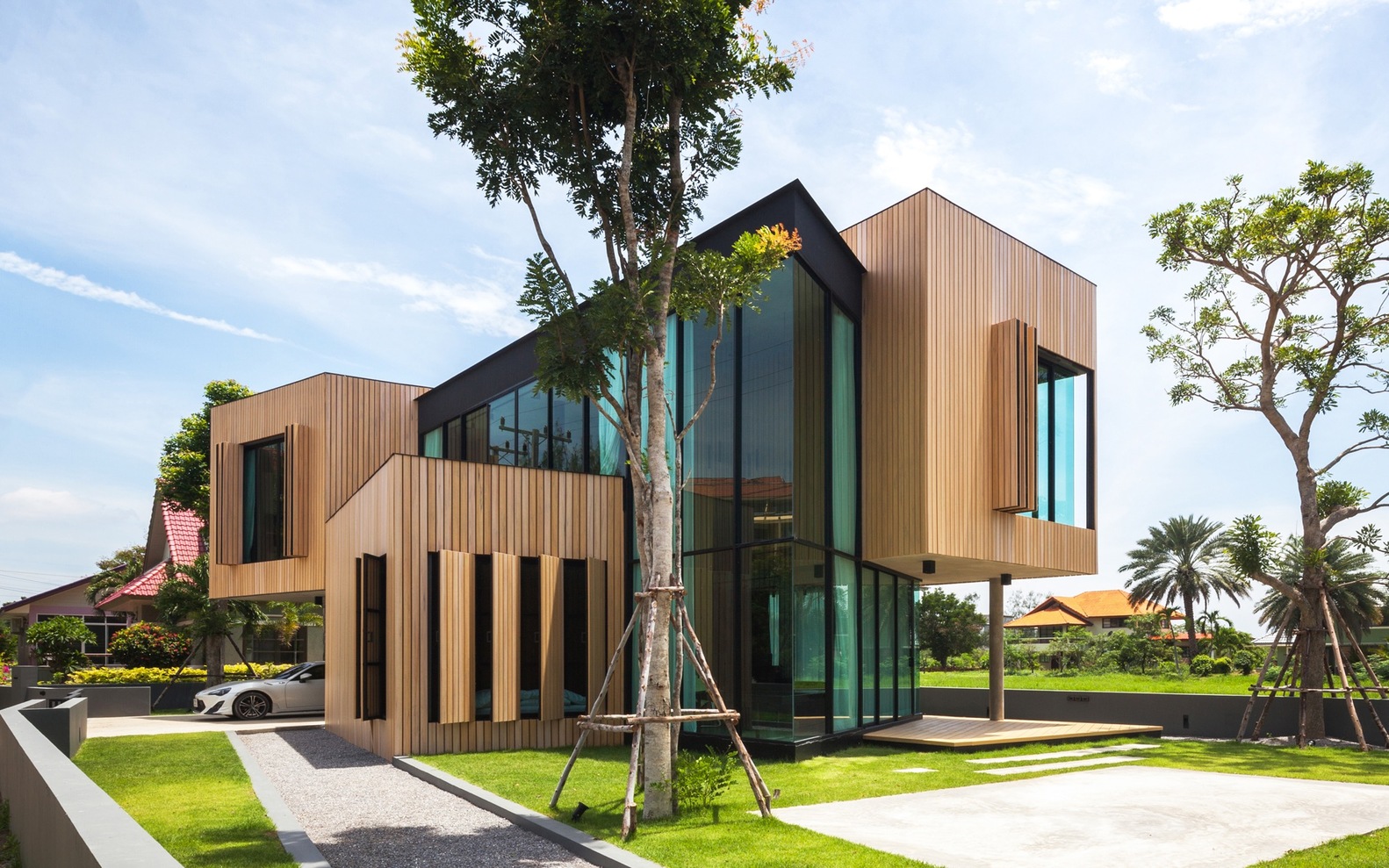 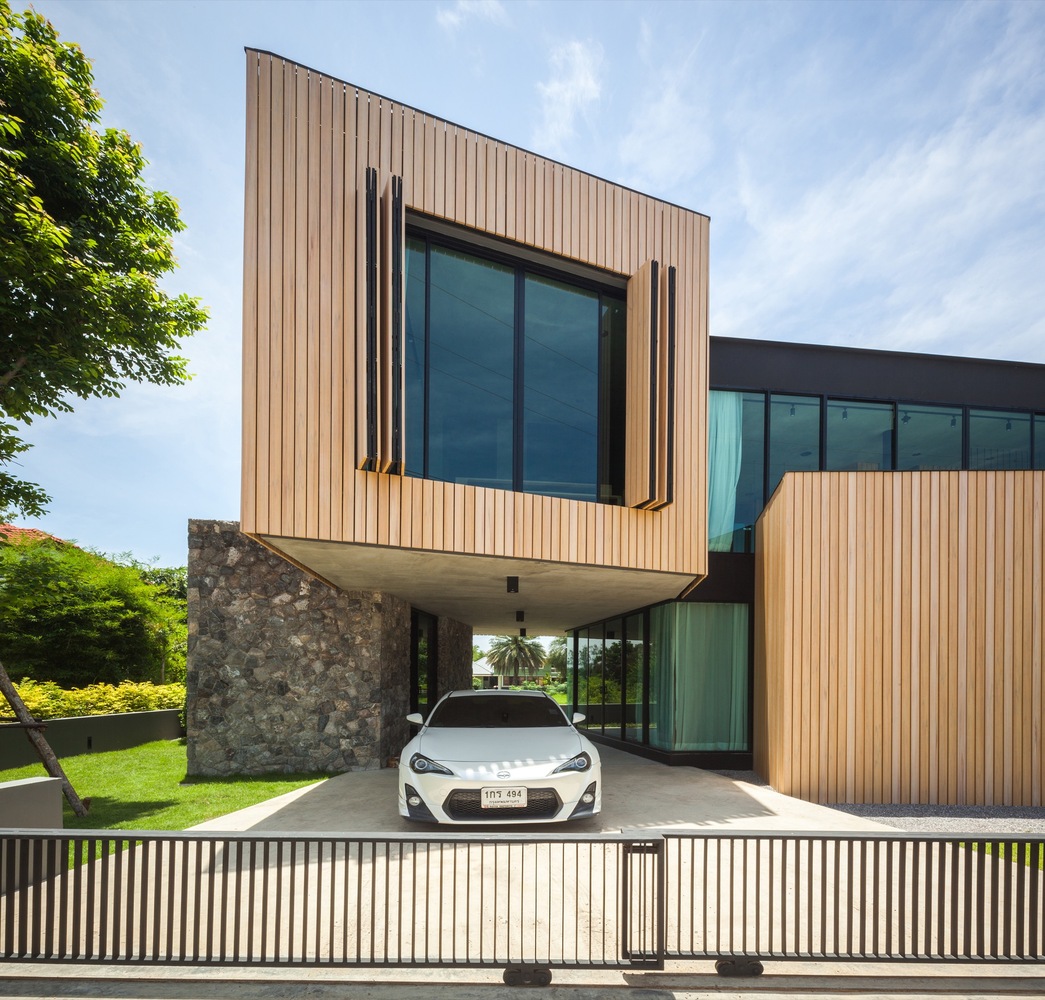 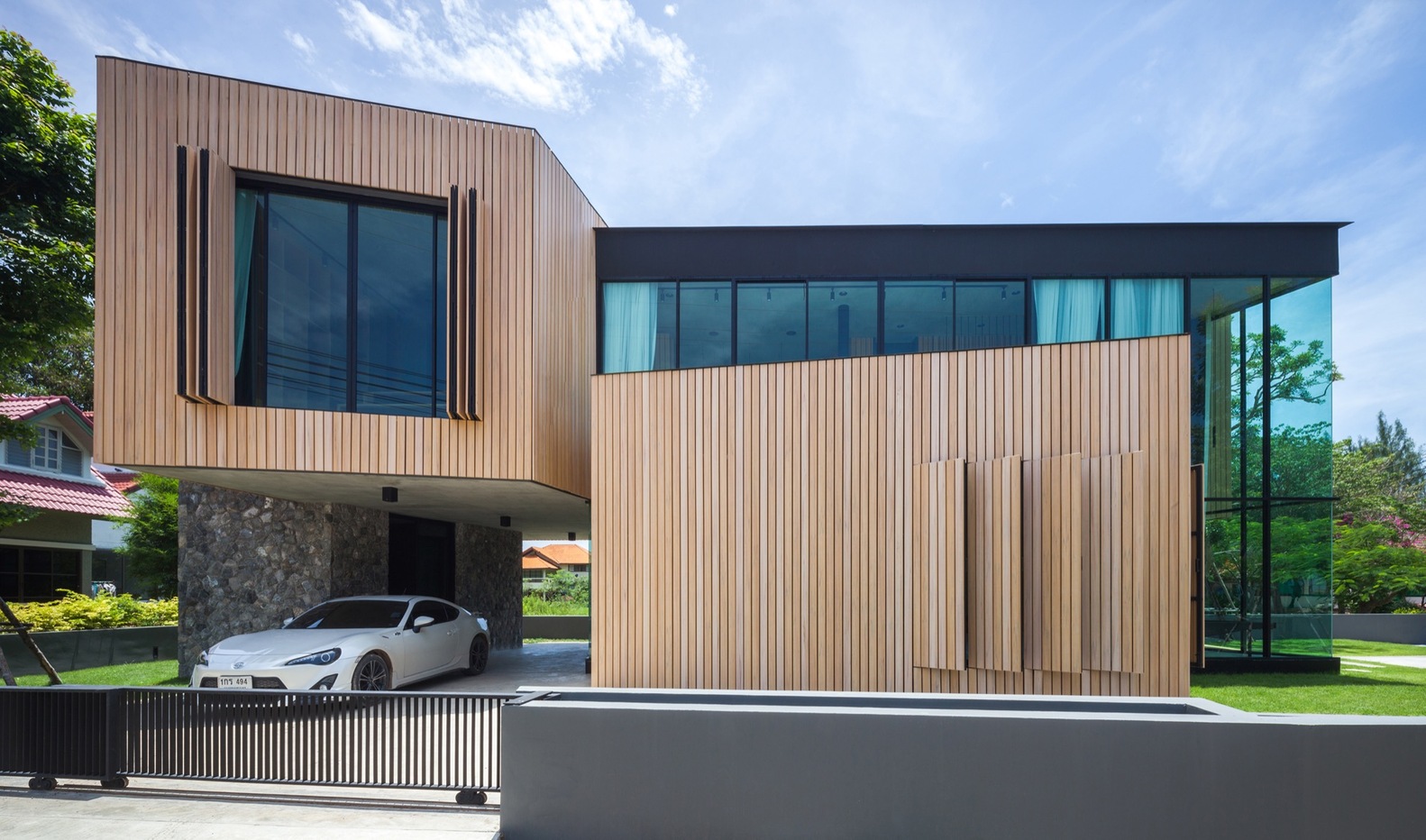 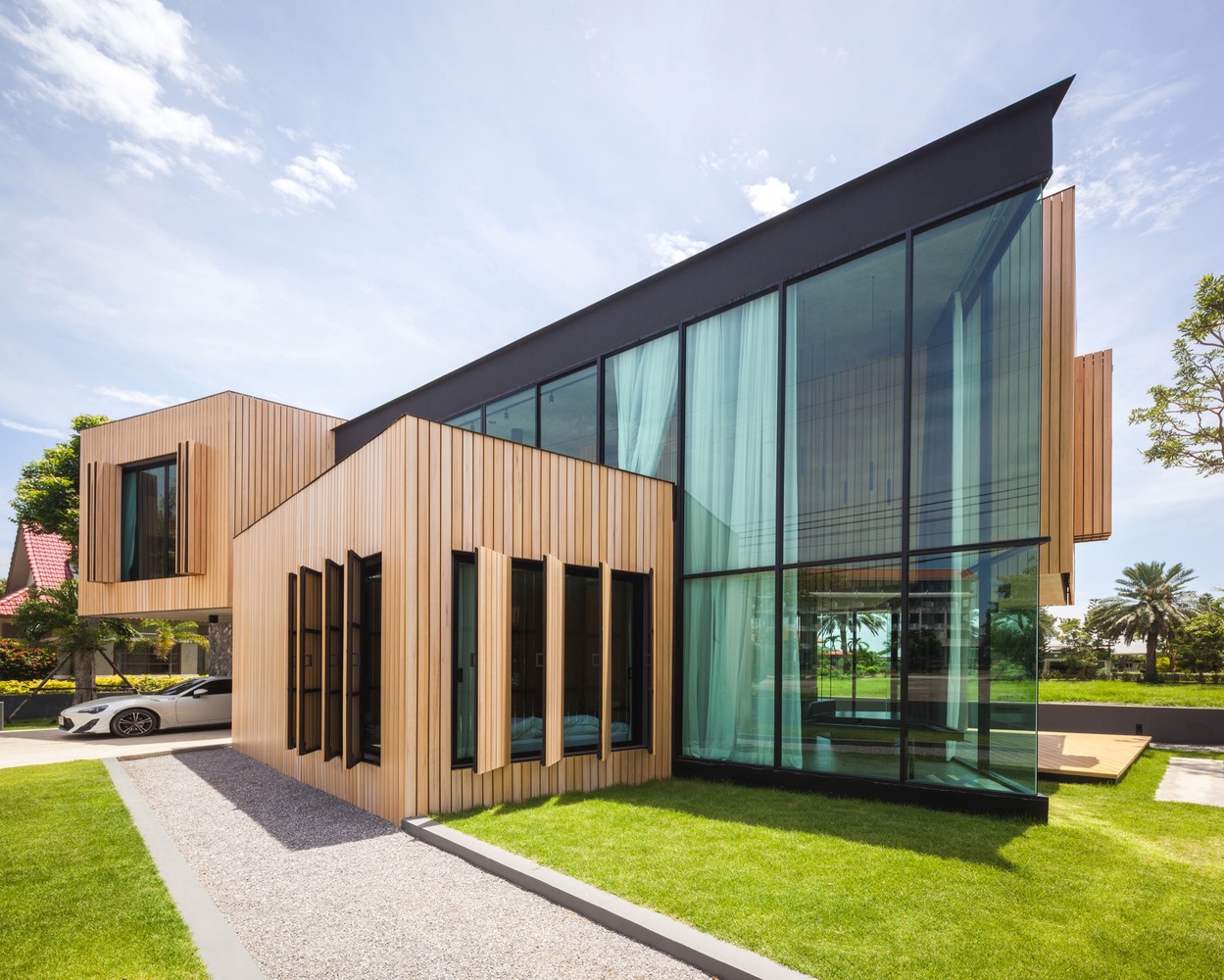 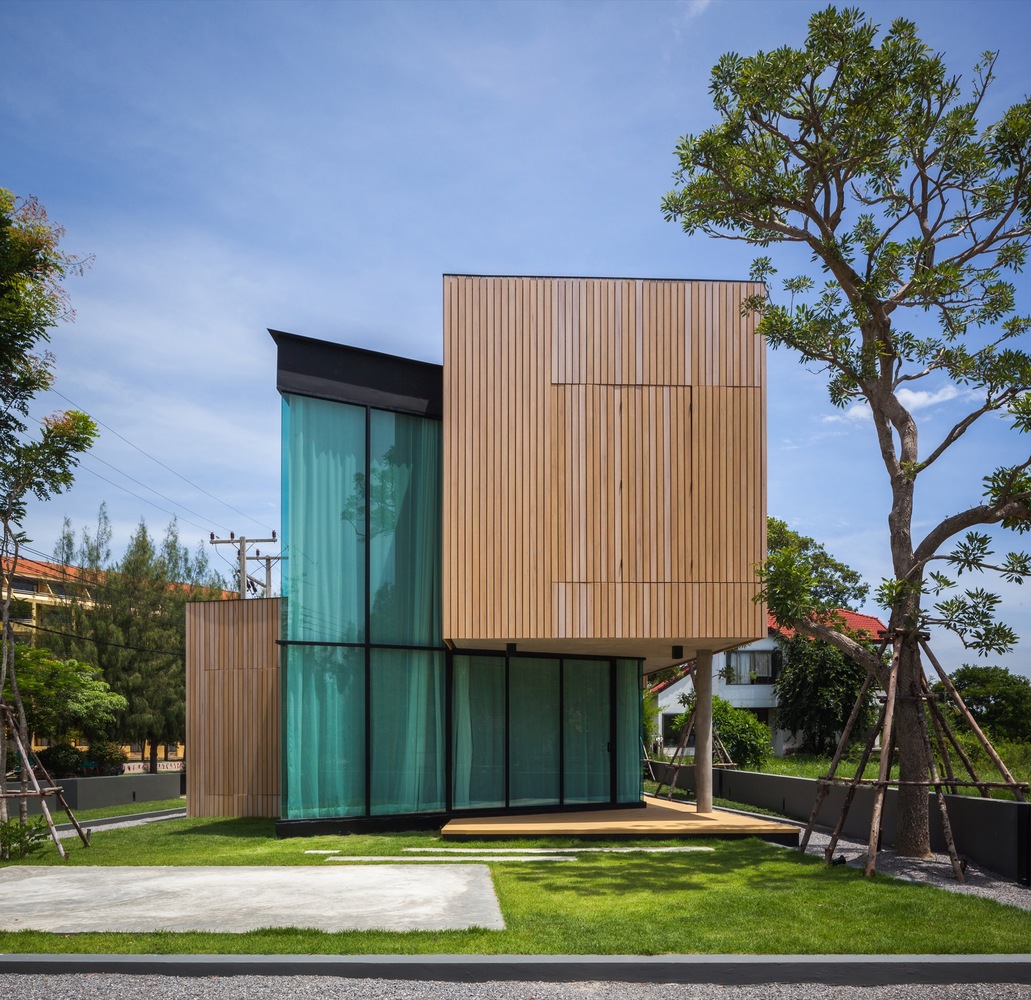 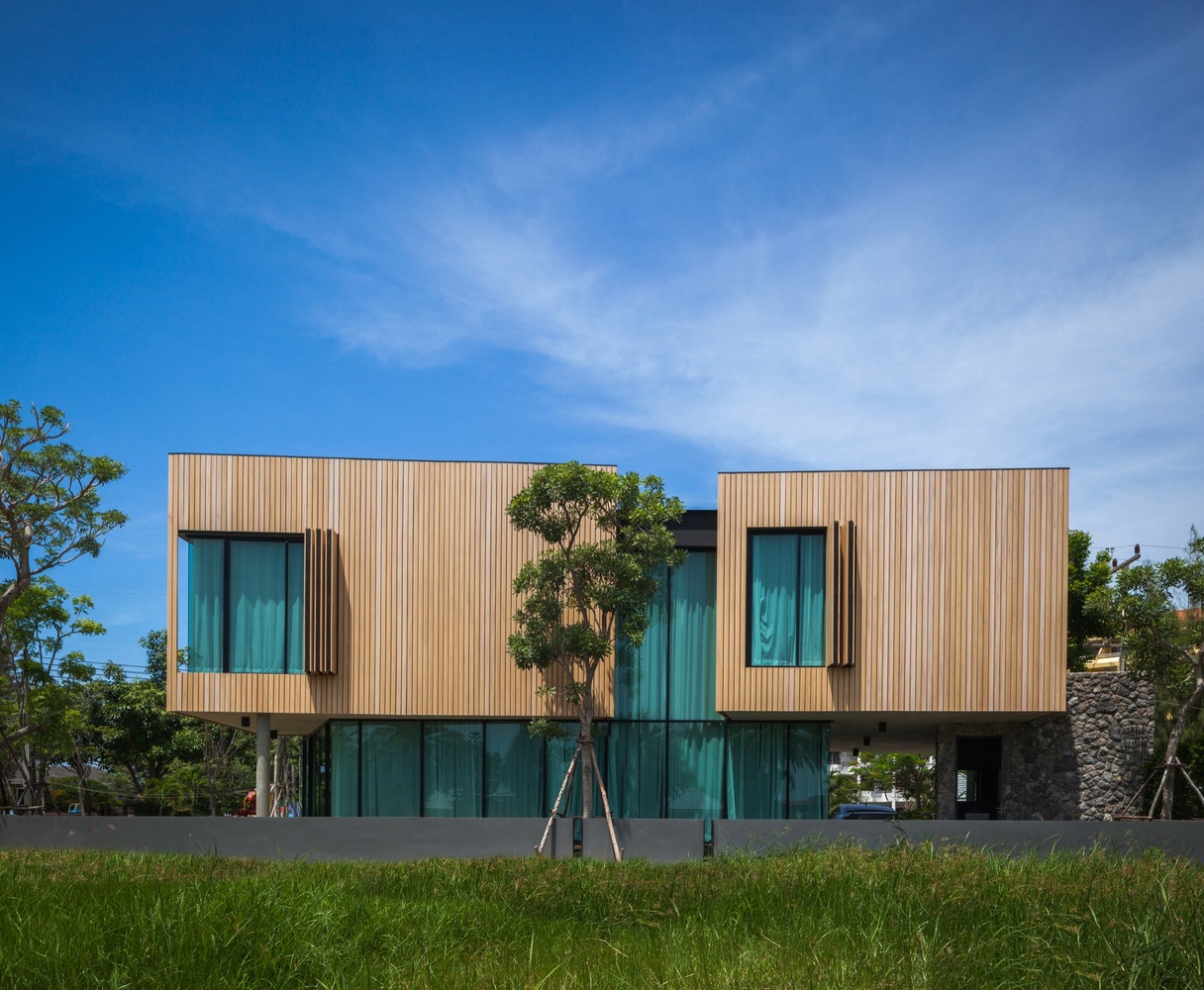 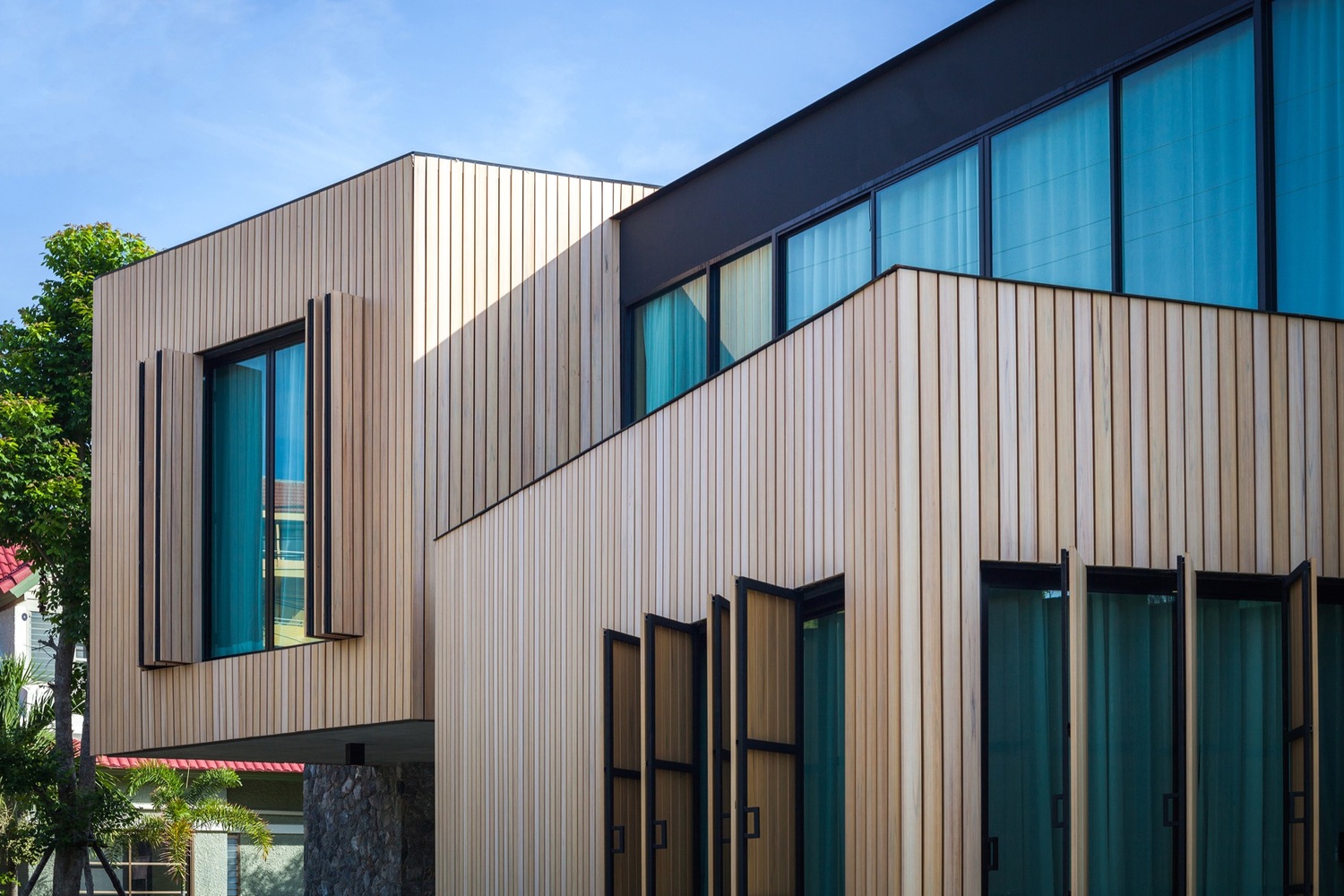 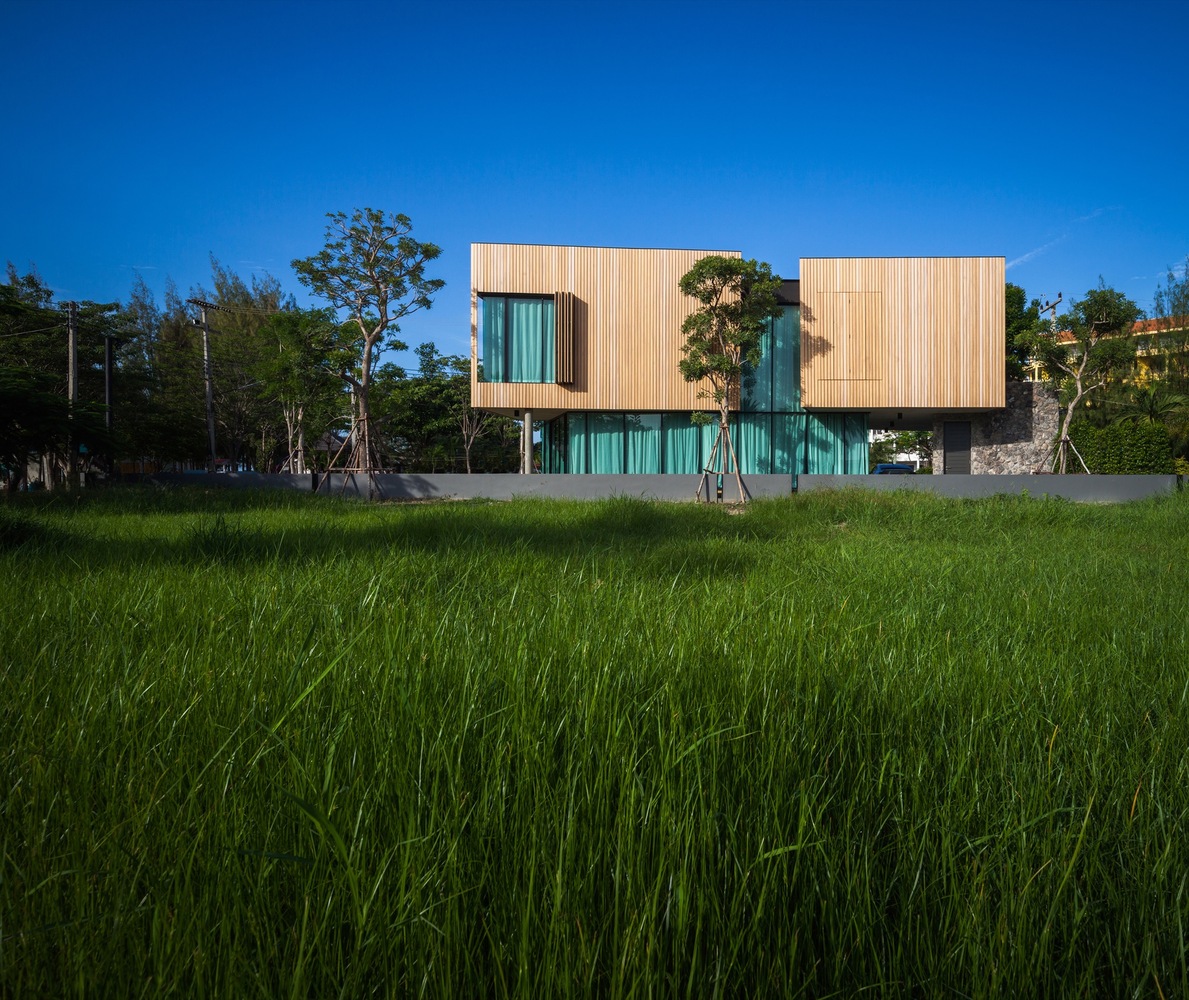 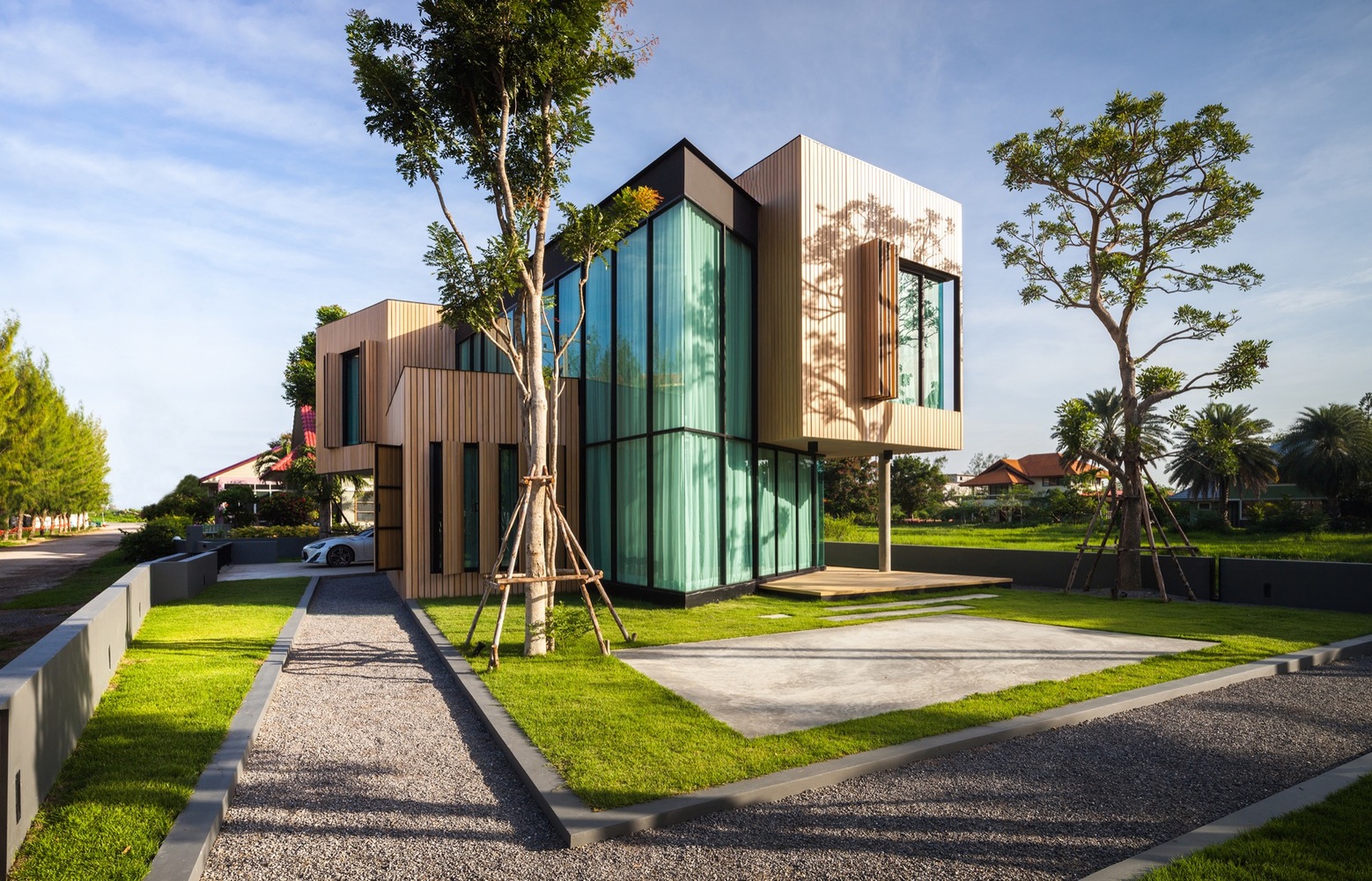 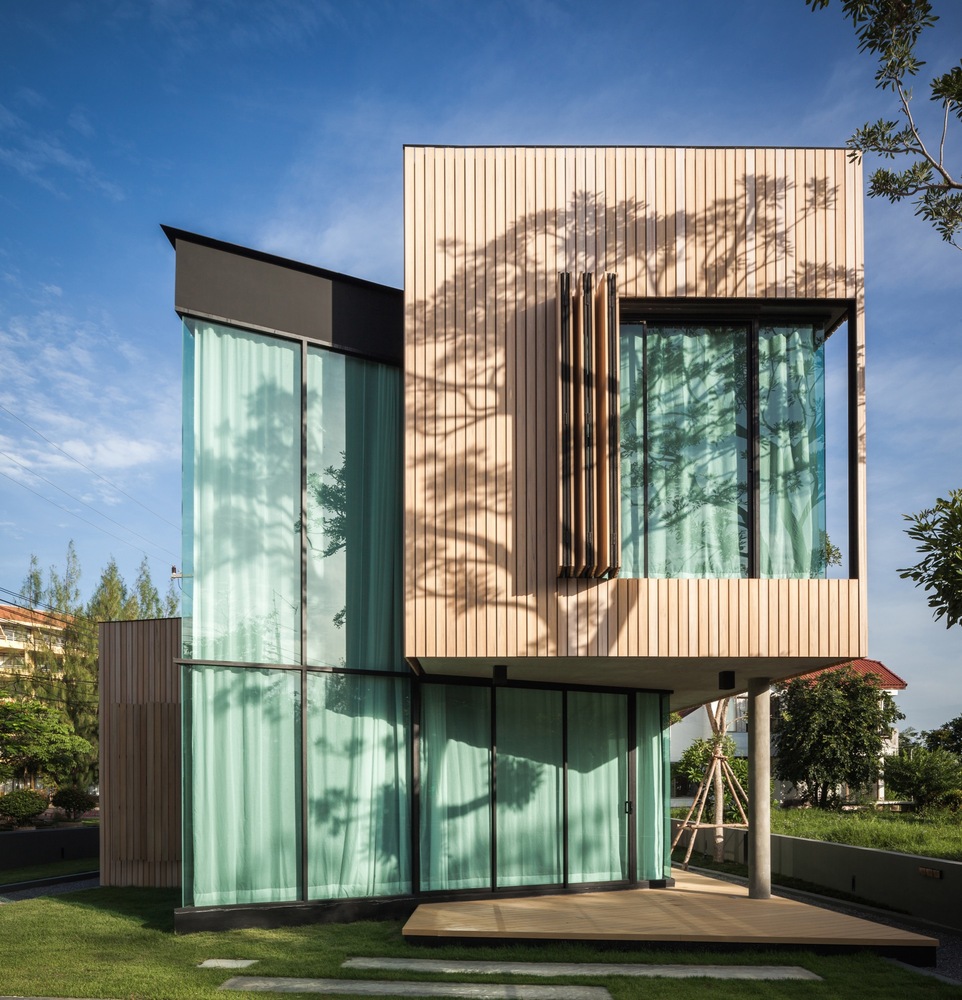 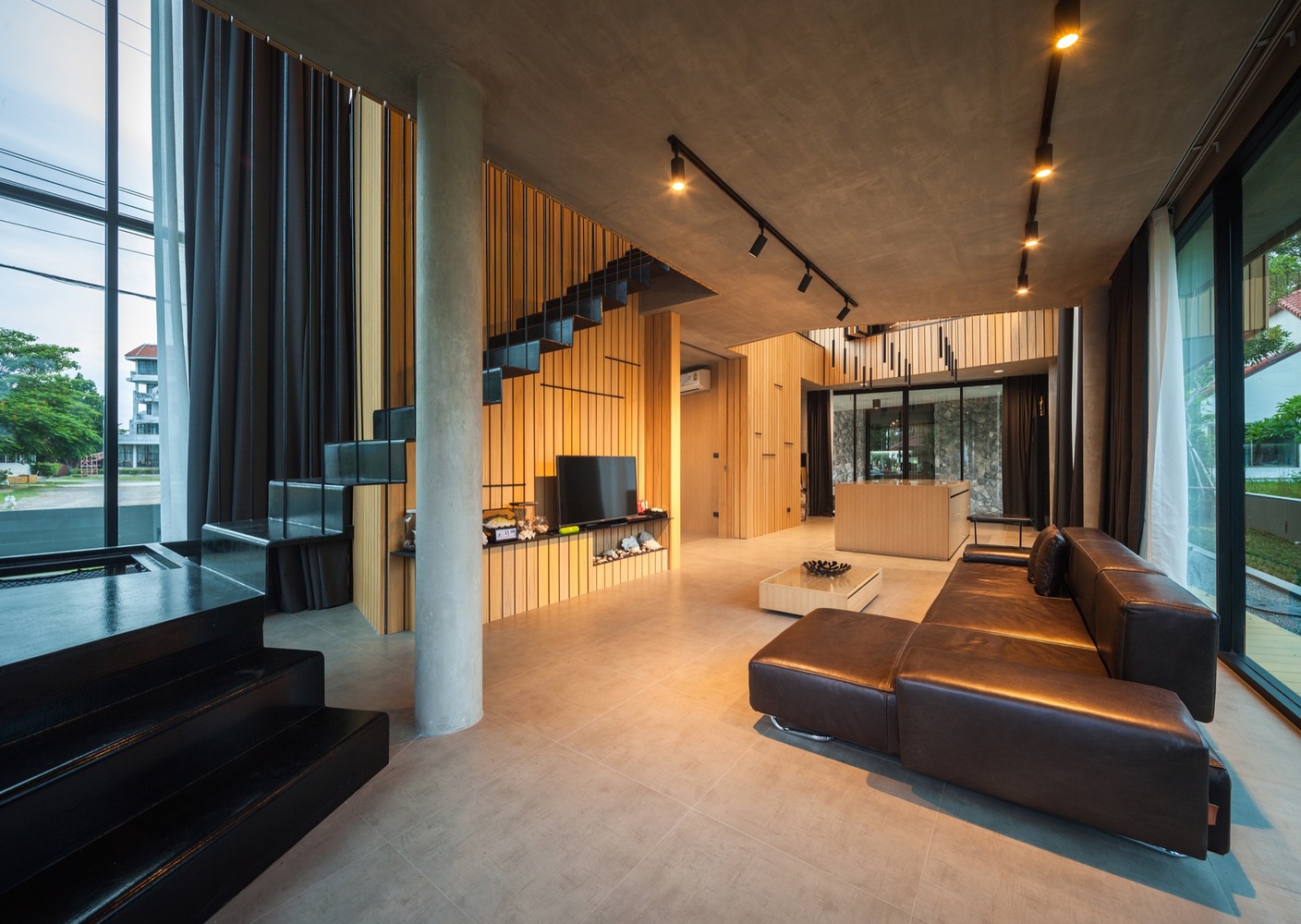 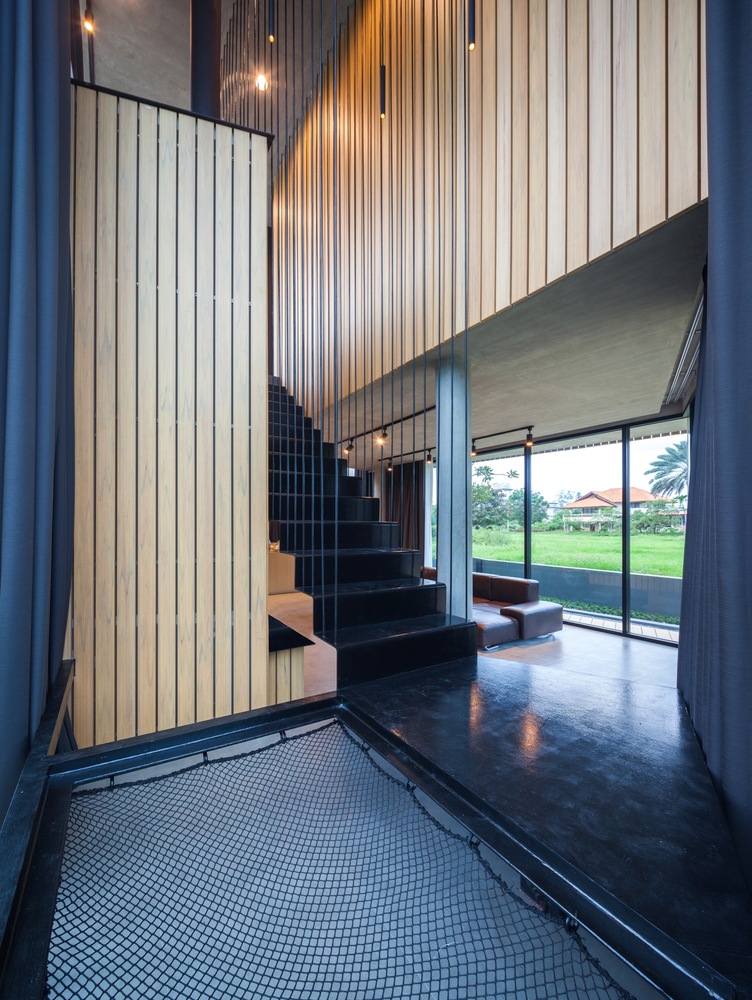 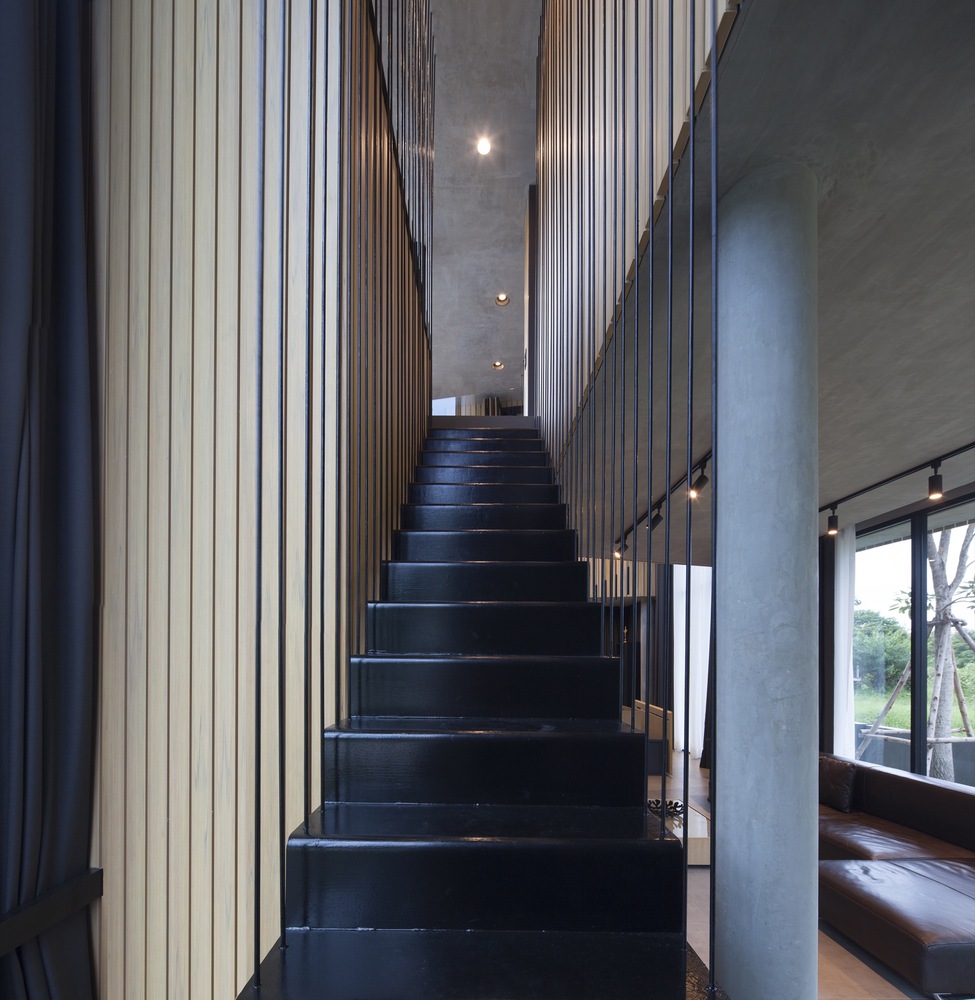 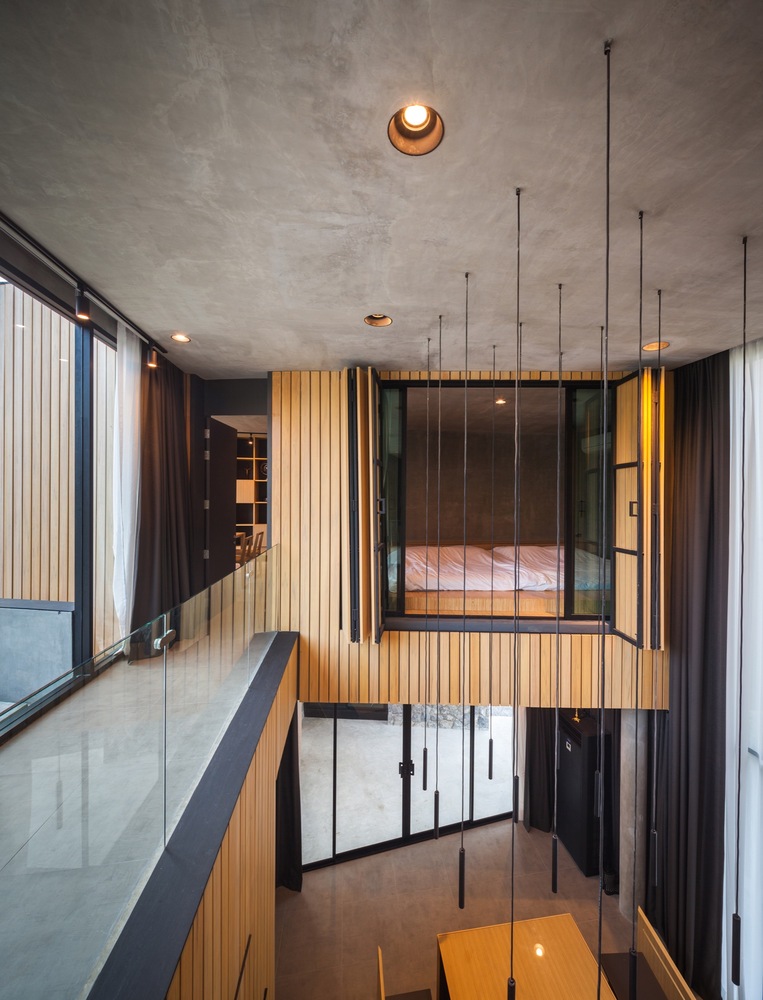 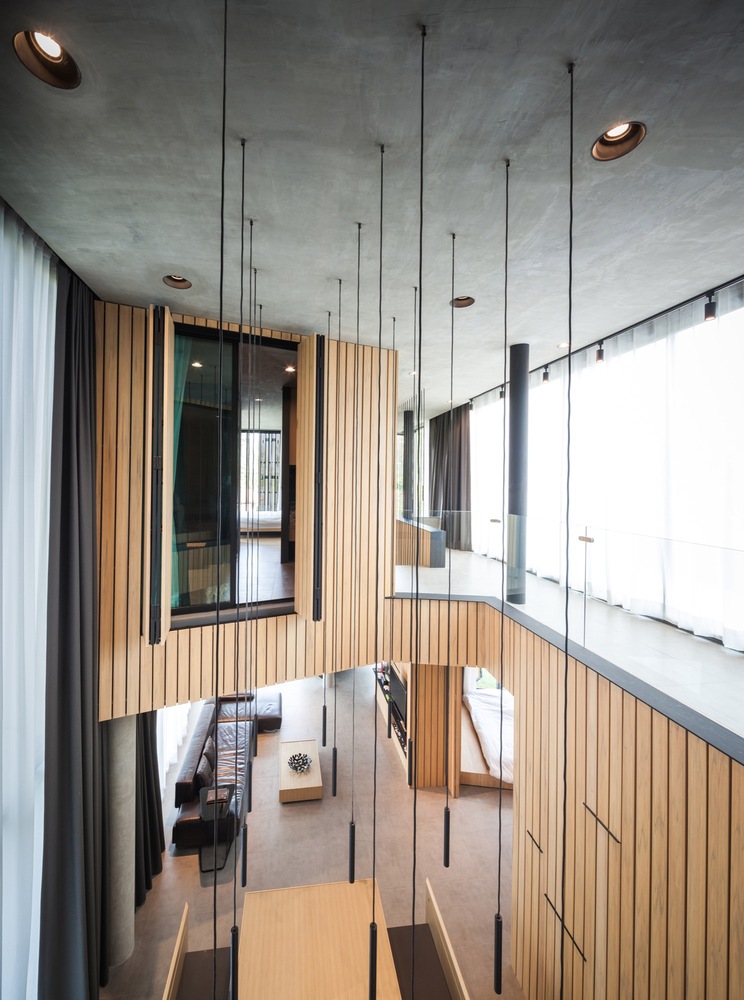 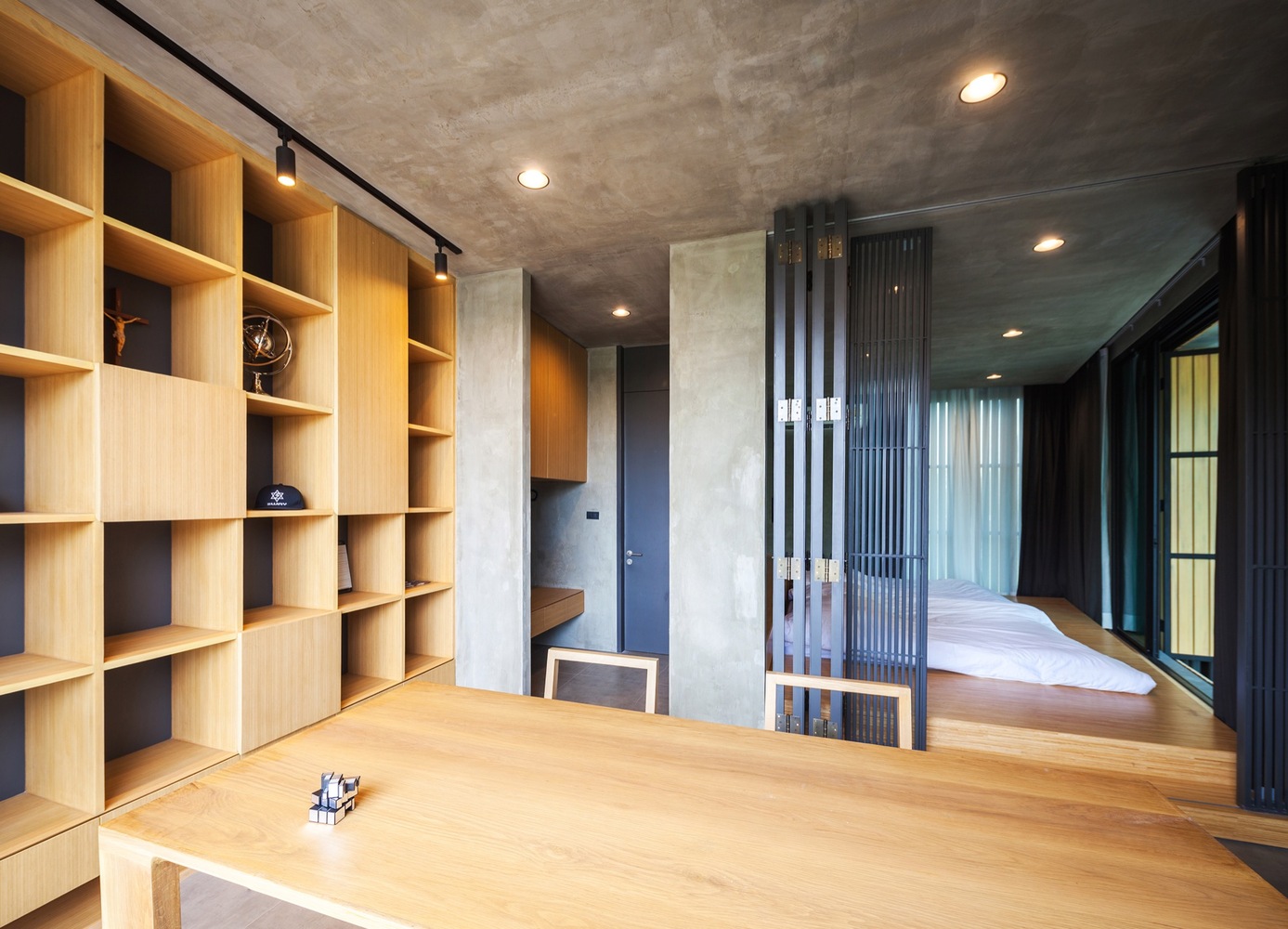 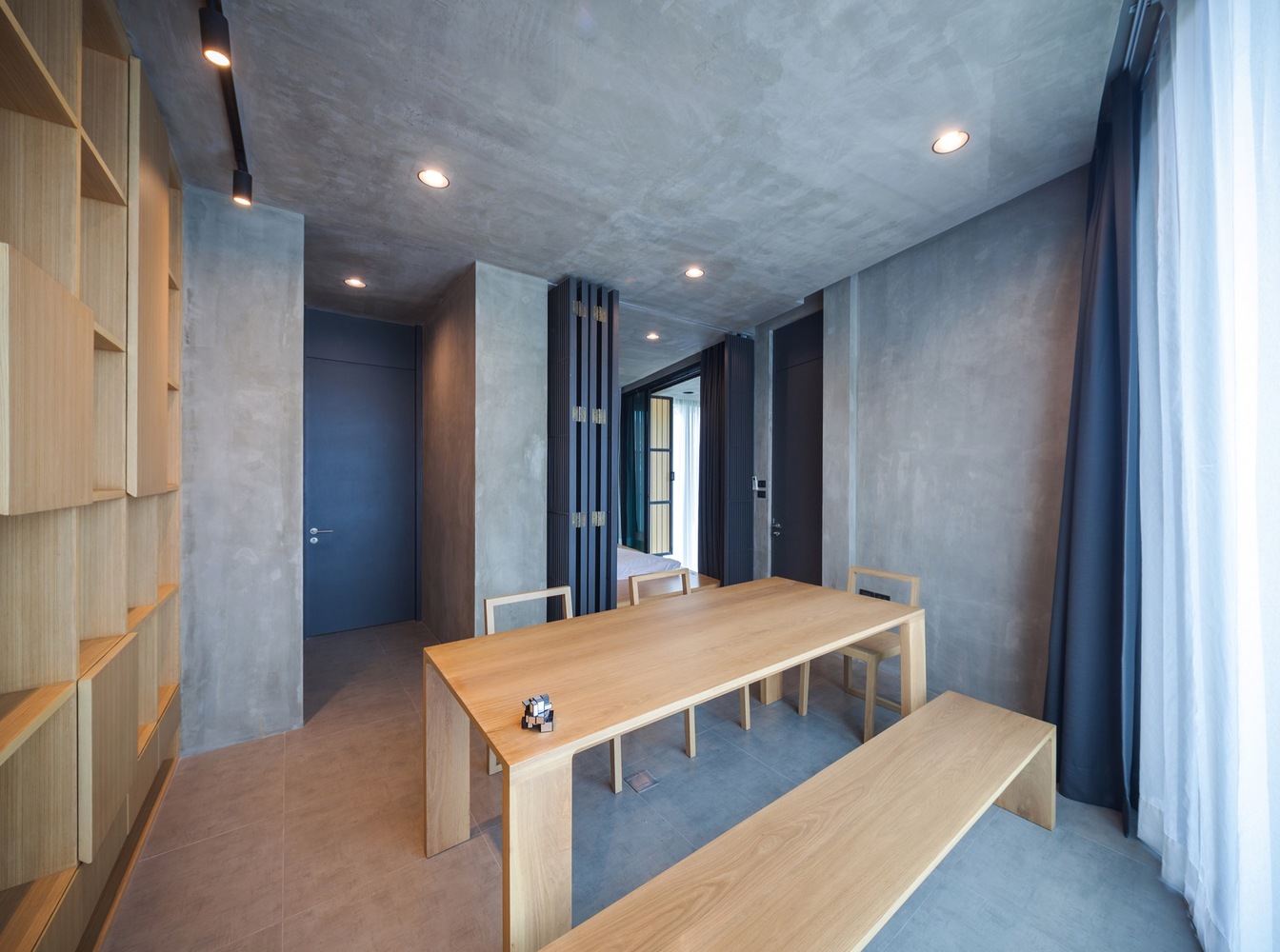 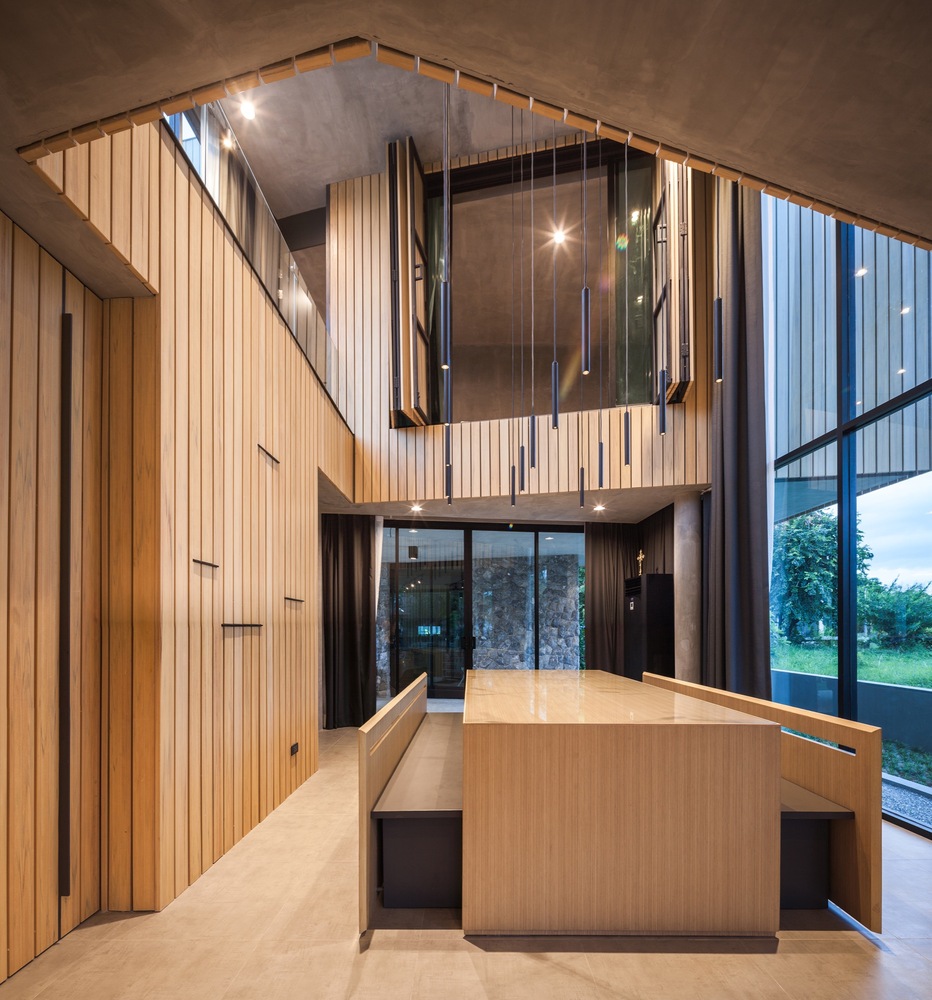 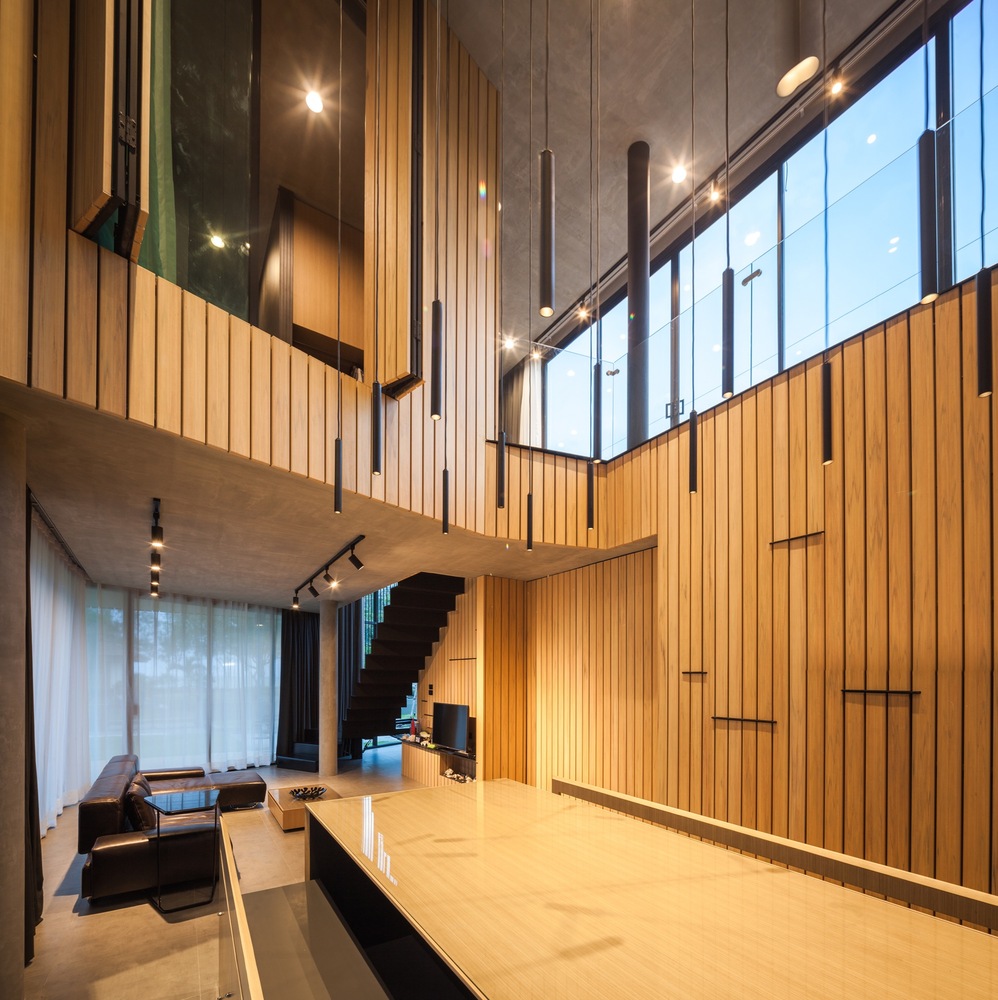 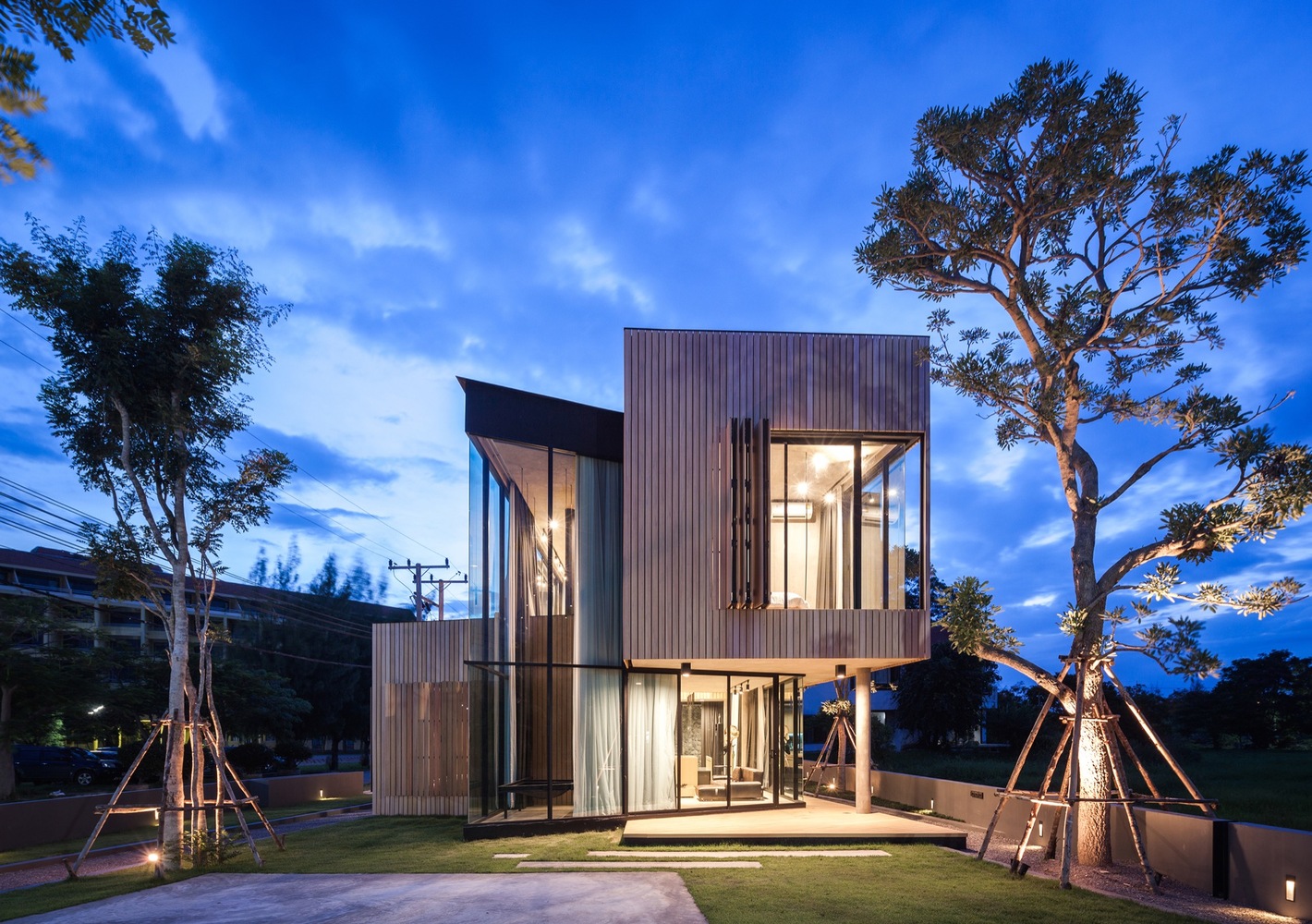 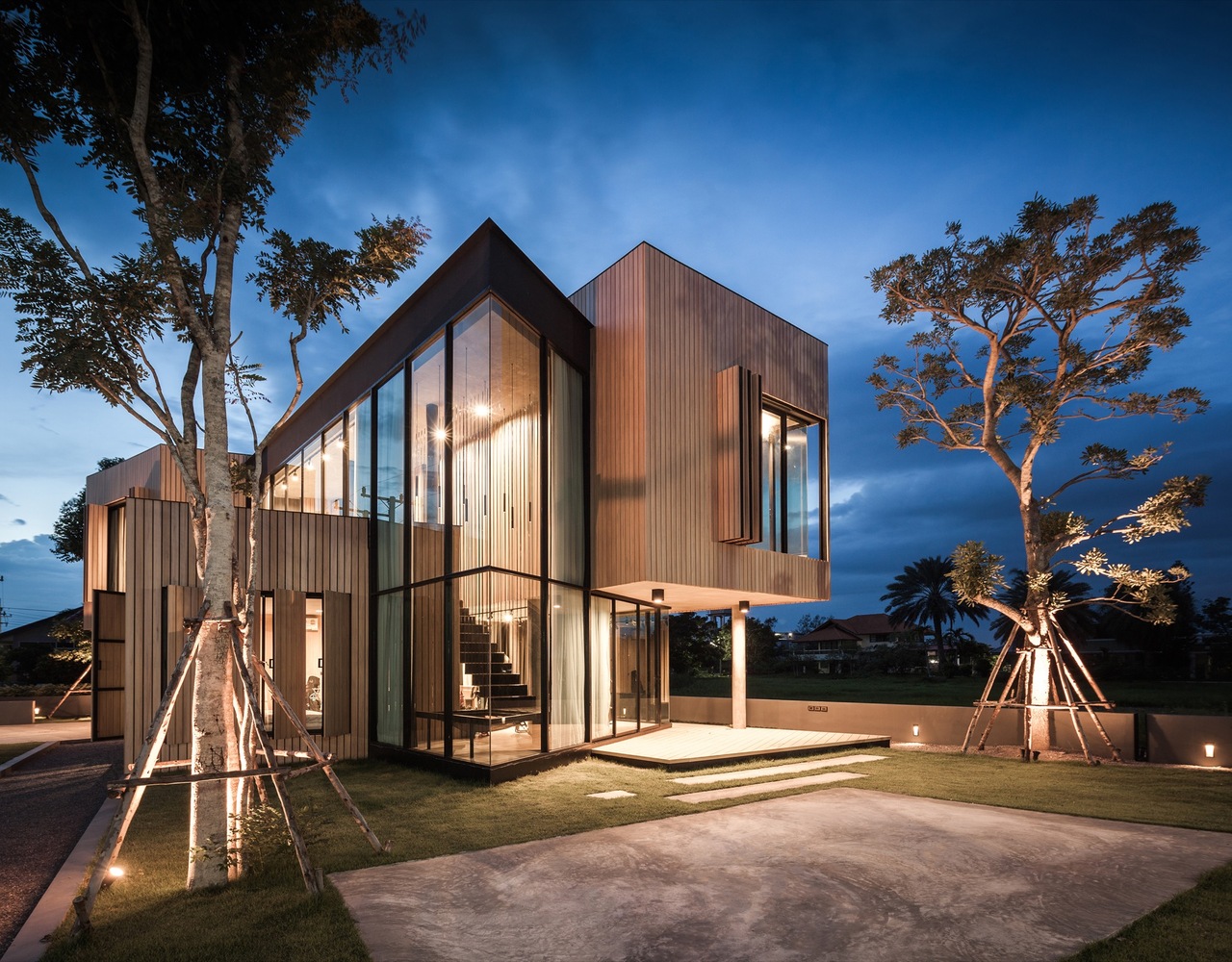 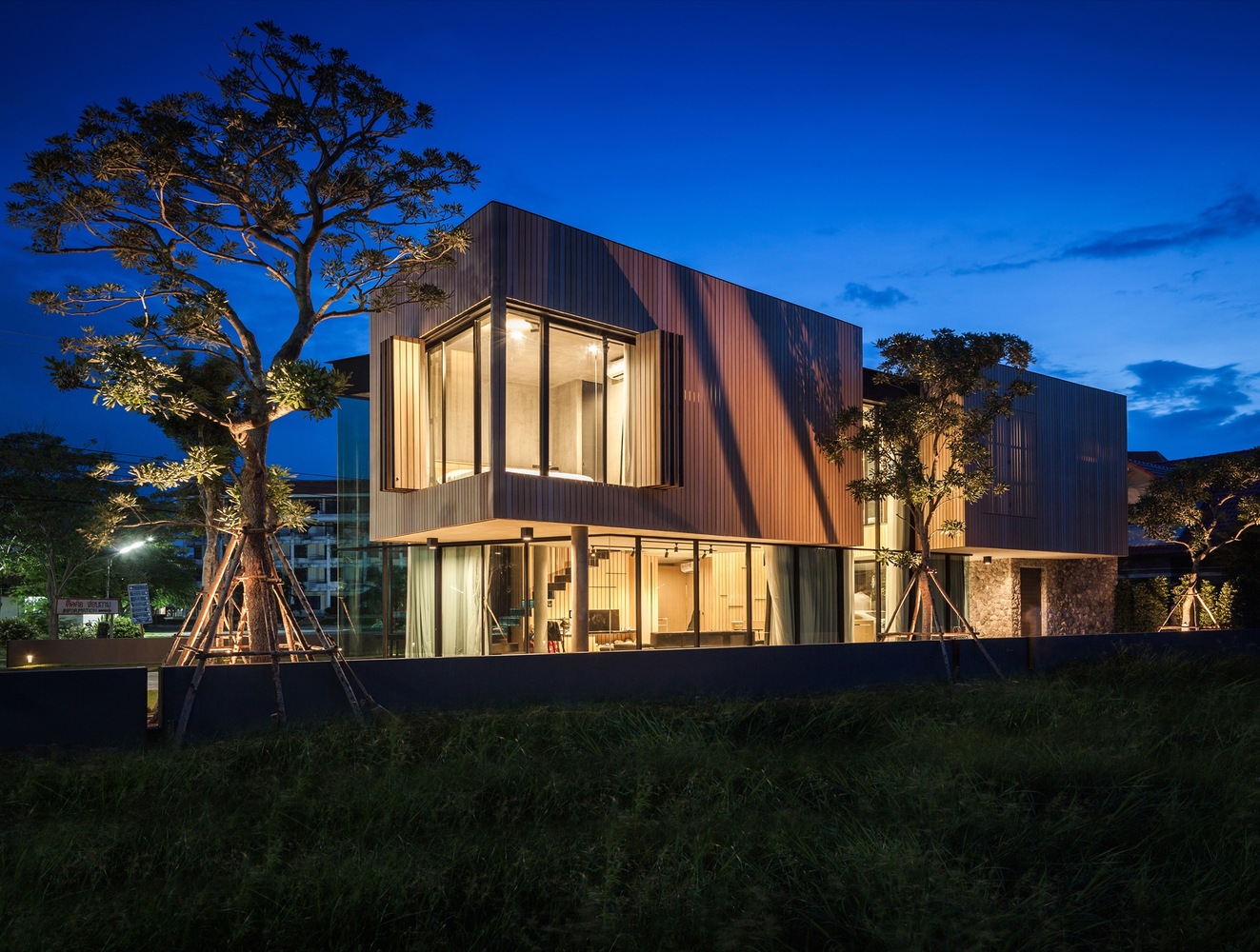 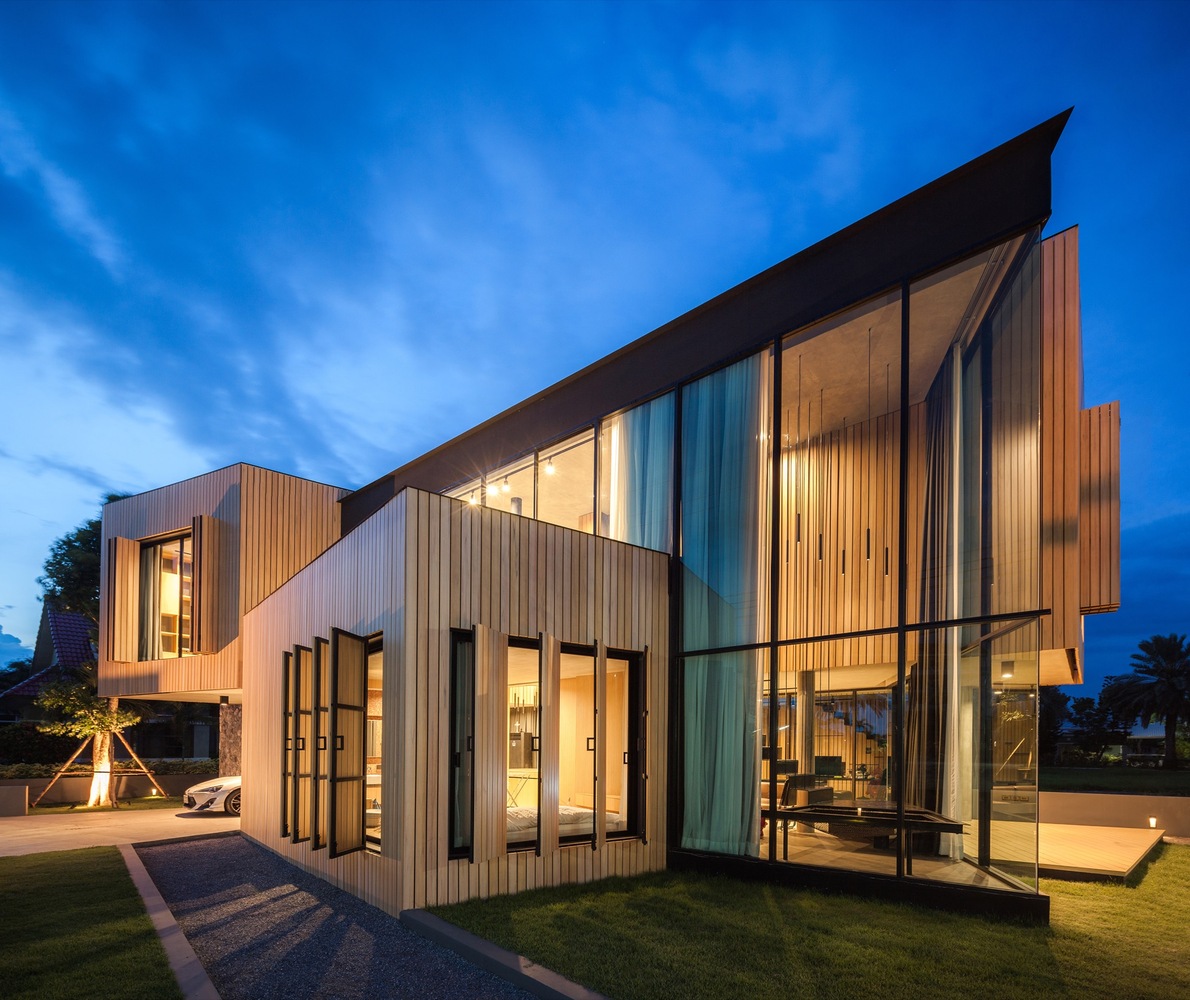 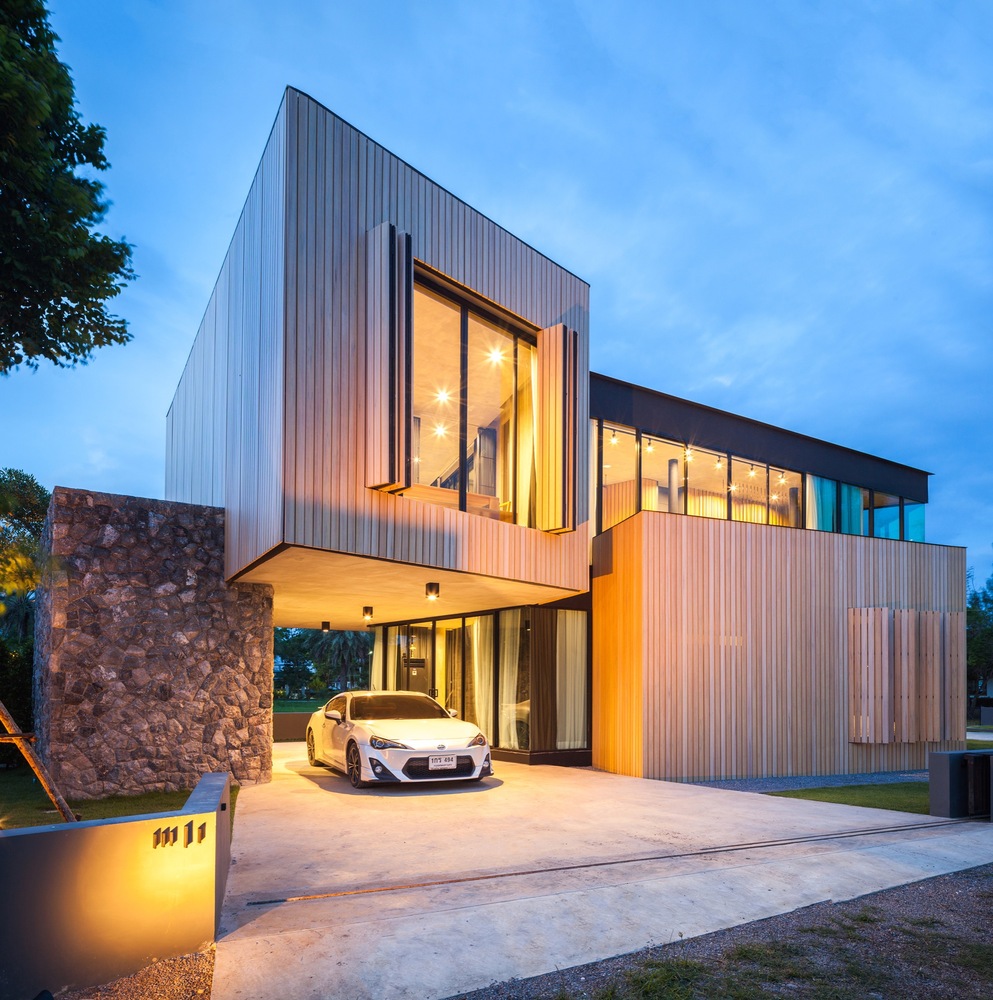