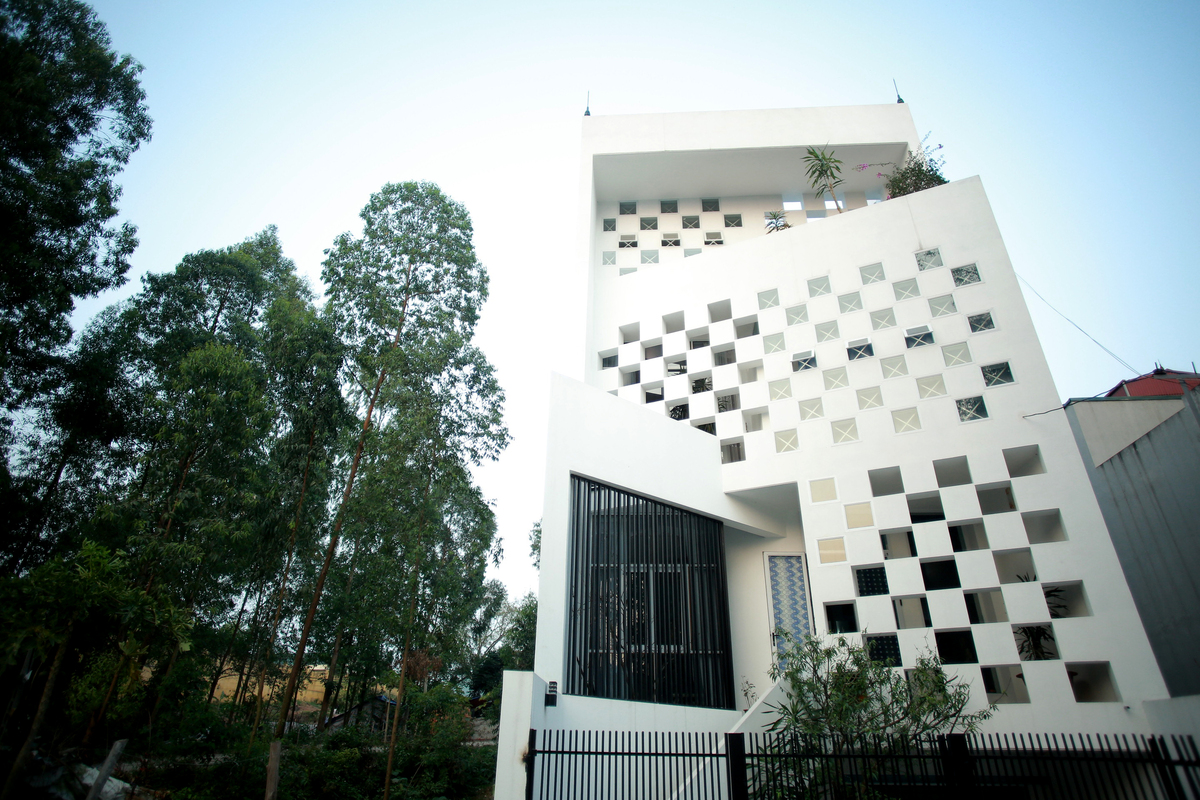 Designed by NguyenHieu Architecture, the Caro House is located in the new urban area of Vinh Yen City, Vinh Phuc Province. The terrain of the site features a slope of up to 2m, allowing the architects create a viable basement level / car park, upon which the core activity areas of the house would sit.

The Caro House was designed with 3 generations in mind, the young home owners, their children and their parents, as such it needed to be comfortable and somewhat flexible. Its westerly orientation, brought to the fore, the need to limit the sun’s i tensity  whilst ensuring adequate ventilation for the home.

These requirements led to the design of the checkered facade. The facade acts a buffer of sorts, between the inner living areas and the outside, keeping temperature inside cool while protecting from excessive wind and sun from the west. It also acts a privacy screen, disrupting views while still permitting air flow and the permeation of natural light.

Also aiding in daylighting and cross ventilation is an atrium space that doubles as a fountain/waterfall. It cuts through all the levels of the house, from the living/dining area to the master bedroom offering a unique ambiance with tranquil sounds of water flowing on a natural stone surface.

The checkered facade and atrium water fall definitely help the Caro House stand out, creating a play on light, air and sound that make for an intimate home which goes beyond aesthetics but embodies well crafted and environmentally conscious design.

Next
The Largest LED Screen in Sub Saharan Africa Gets Installed at Maryland Mall, Lagos