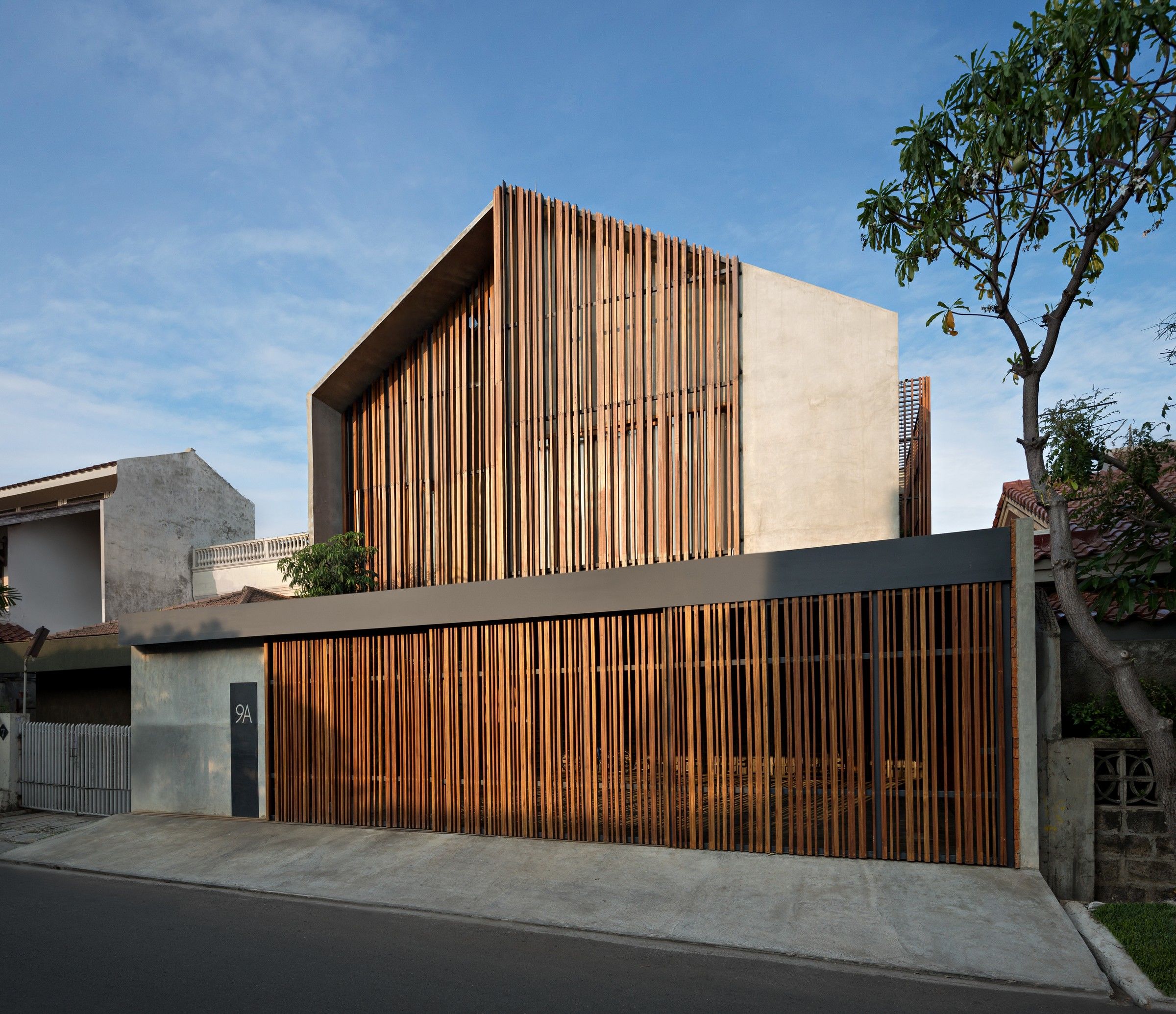 The home features a prominent wood lattice facade born out of the need for both security and privacy. Along with function, the lattice also lends a unique aesthetic character to the home’s strong geometric form. A material palette of wood, concrete and brick defines the interior volumes which are punctured by pockets of green space. Another notable element of the home, is the transparent tile used for part of the roof which floods the core of the house with natural light.

Security aspects were the starting point of the design process of this project. Being located in a high-density area in Jakarta, security and privacy of the user became the main requirements. It translated into a seemingly enclosed facade design yet not entirely massive with the use of wooden lattice. The lattice was designed to enable the user to see from inside the house to the outside, while blocking the view from the outside to the inside and disguising room functions in the house so that the user’s privacy is maintained.

The house’s spatial planning was also made in regard of security. When most houses orientated outward, Rumah Beton was designed with inward orientation. Enclosed facade was directing the orientation inward and the building’s mass was separated into several sections. The building mass division was made in correlation to the zoning, hence still have a well-planned space inside the house despite the mass being divided.

The play of mass could give an interesting spatial experience and a dynamic feel to the building’s interior. The presence of dry gardens placed in between the masses and the voids made the user feel the outdoors but with the convenience of the indoors.

The wooden lattice on the facade, the segregated masses and the dry gardens, provided good circulation and natural lighting in the house. Combination of massive and transparent tile for the roofing material maximized the access of the sunlight during the day.

Next
How Shelter Afrique is Driving Affordable Housing across Africa.