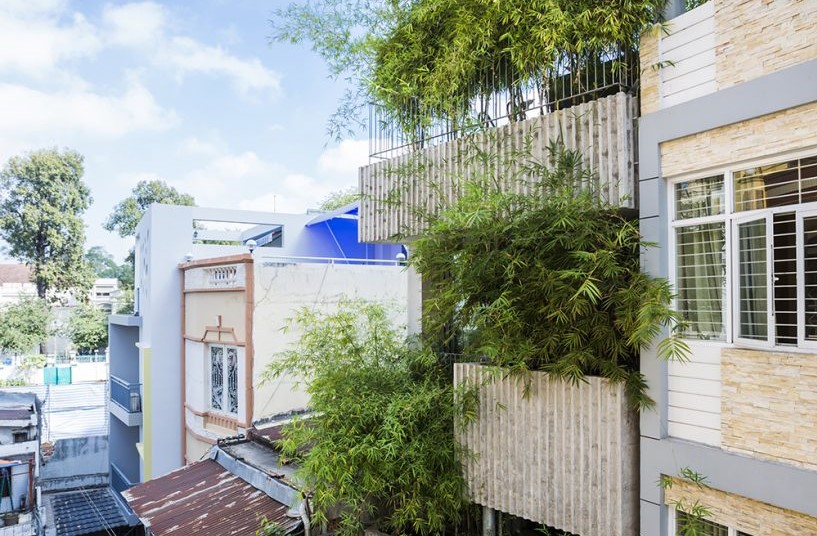 The Bamboo House in Vietnam by Vo Trong Nghia Architects

The Bamboo House in Ho-Chi-Minh City, Vietnam is an architectural response to city’s rapid urbanisation from its origins of low density to the new high density urban centers that are losing their connection with nature.

Designed by Vo Trong Nghia Architects, the bamboo house is a 200+sqm home, sitting on a dense, narrow 60 sqm alley thats barely 3m wide. The 4 bedroom home is part of a series of prototypical housing designs being developed by the architects that seeks to add green spaces to high density urban neighbourhoods. Here’s their description:

[dropcap size=big]I[/dropcap]n Vietnam, there are countless narrow alleys called “Hem”. They are 2-3m wide, with similar, narrow, and long buildings running along both it’s sides, resembling a ravine. The lanes are lined with imposing forms, and their cold facades give the street a dense and weighty aura. The windows are mostly kept closed to ensure their privacy.

With this in mind, ‘Bamboo house’, has been designed to create a comfortable living space in spite of the limited area available. The site is dense and narrow, with only 2 sides to allow natural ventilation and light into the building. The front facade is playful with planter boxes located at random points, creating interest and a more welcoming entrance. 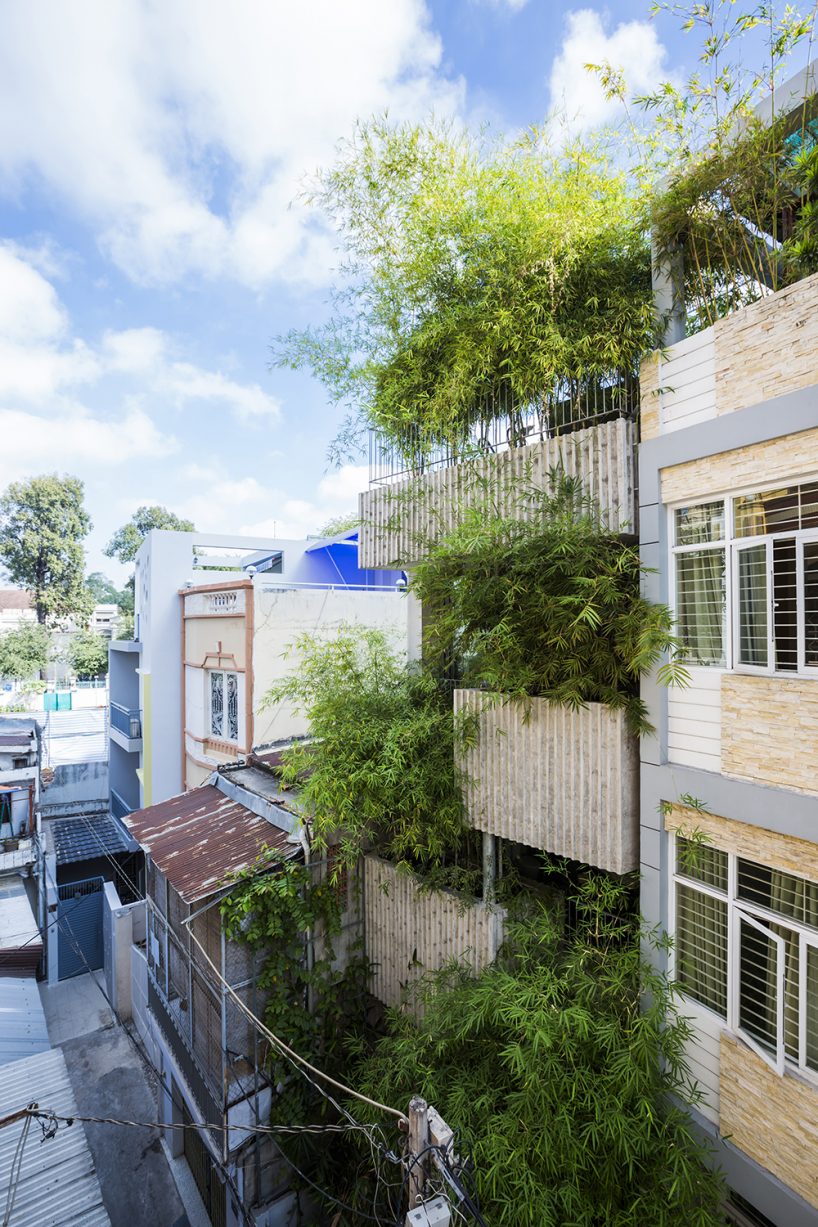 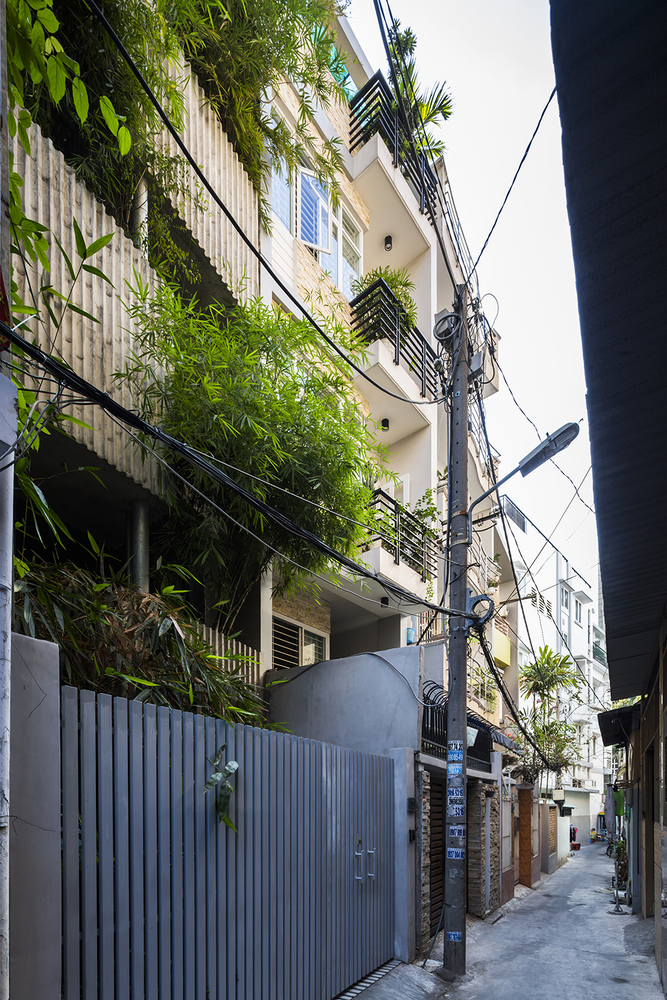 The client’s love for bamboo and its’ high relevance to Asian context resulted in a facade covered with bamboo plantations. In addition, the planter boxes that pop out from the front facade form deep eaves that allow the windows to be kept open even during the rainy season. 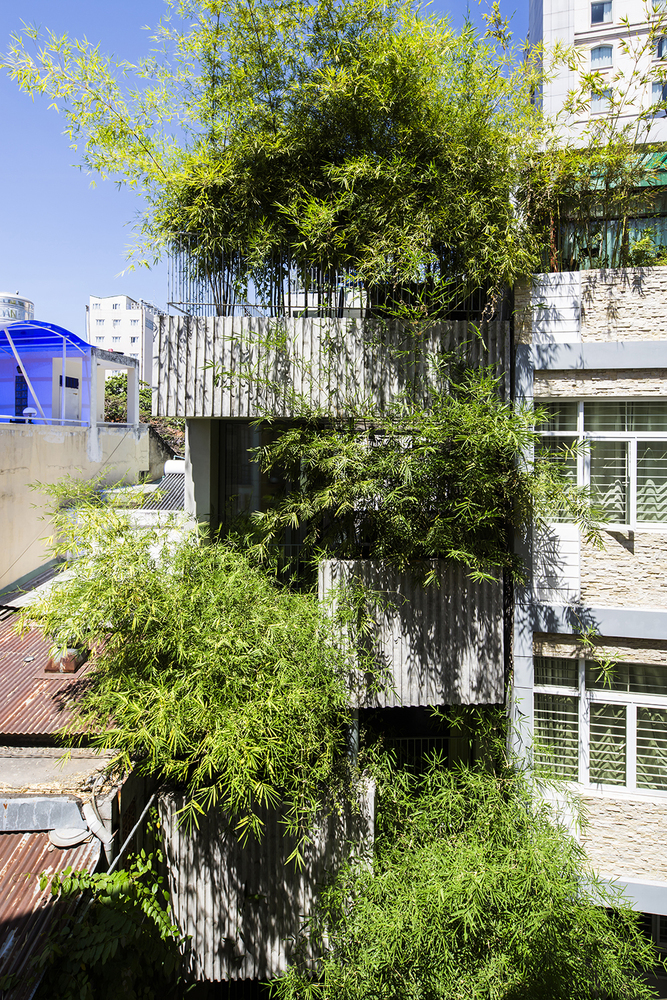 Towards the back end of the house, the design incorporates a semi-open staircase which is enveloped by creepers, allowing the branches and the leaves to function as a buffer layer that cut out direct flow of sunlight. Moreover, it also creates a comfortable distance between the neighborhoods. This is evidently visible in the bedroom that is close to the open bathroom and staircase. 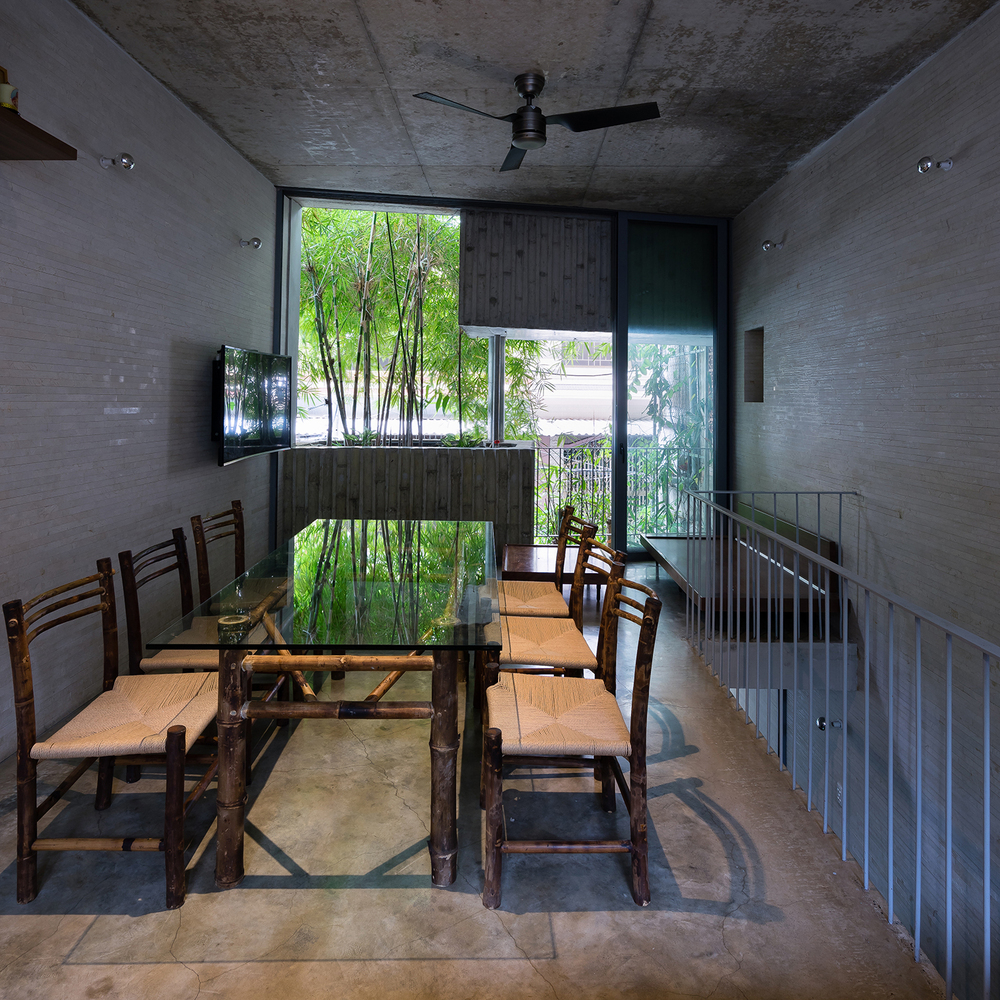 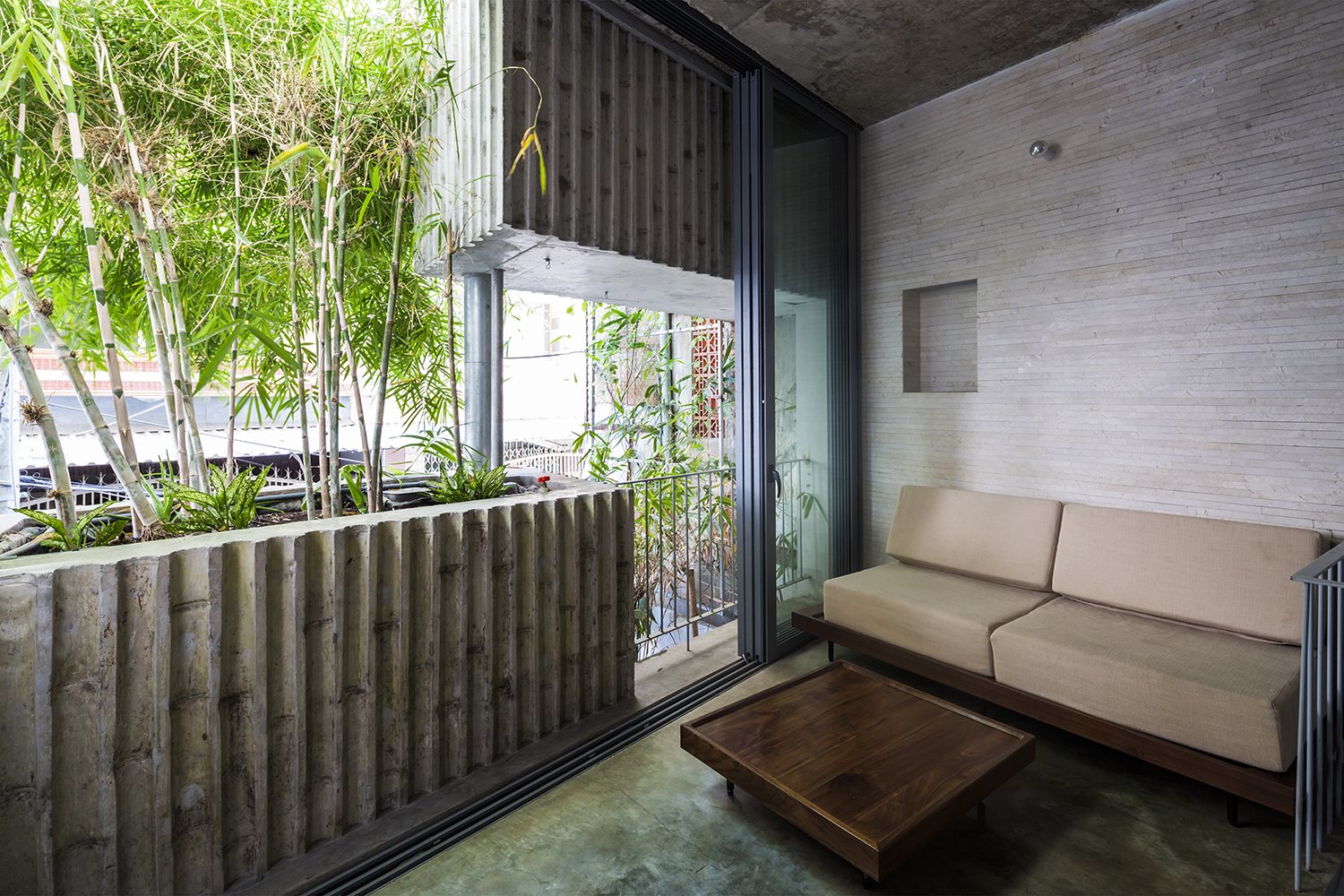 The front and the back facade are mostly open, wrapped with greenery, allowing cool wind to pass through the house. As a result, the use of air con in the house has considerably reduced. 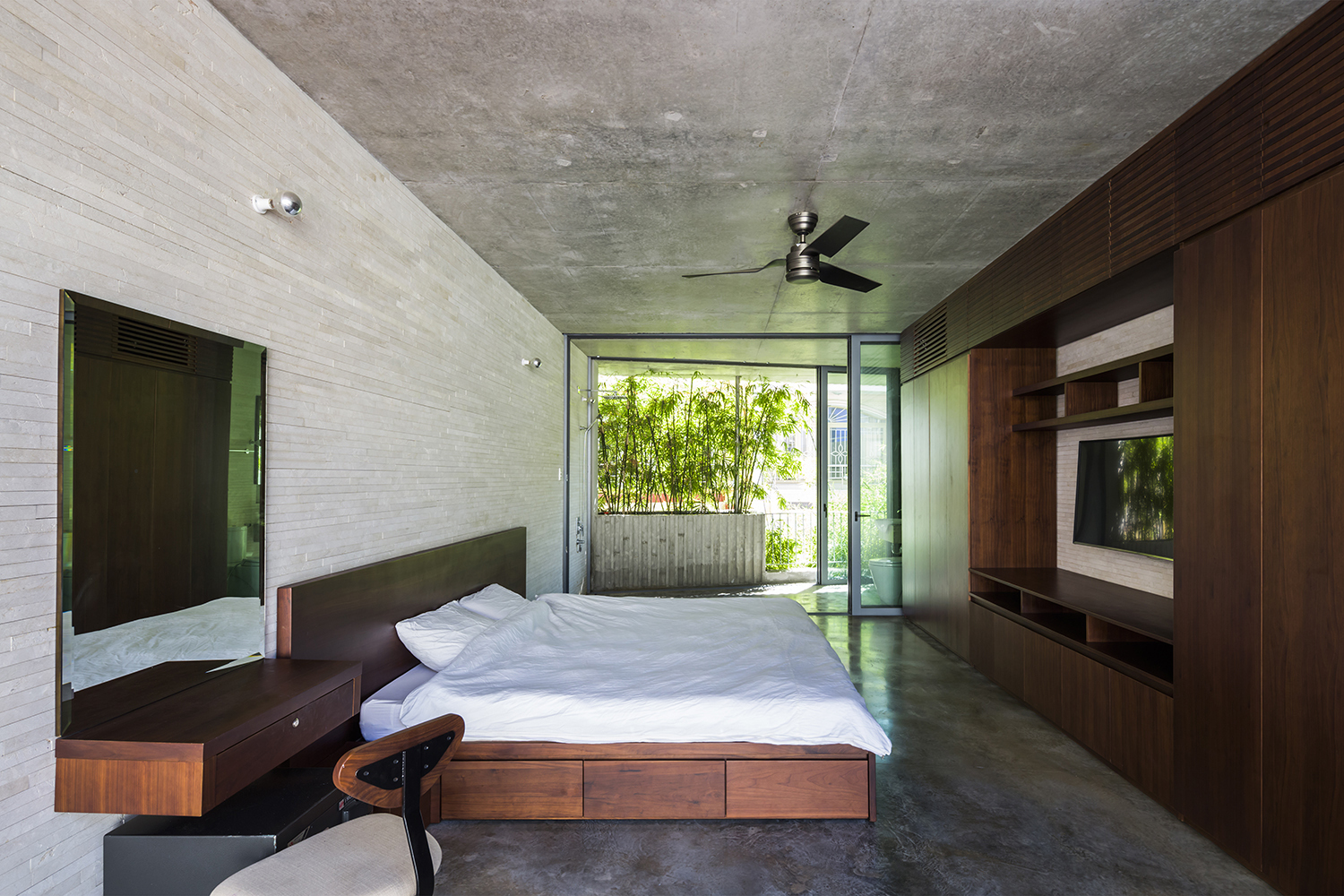 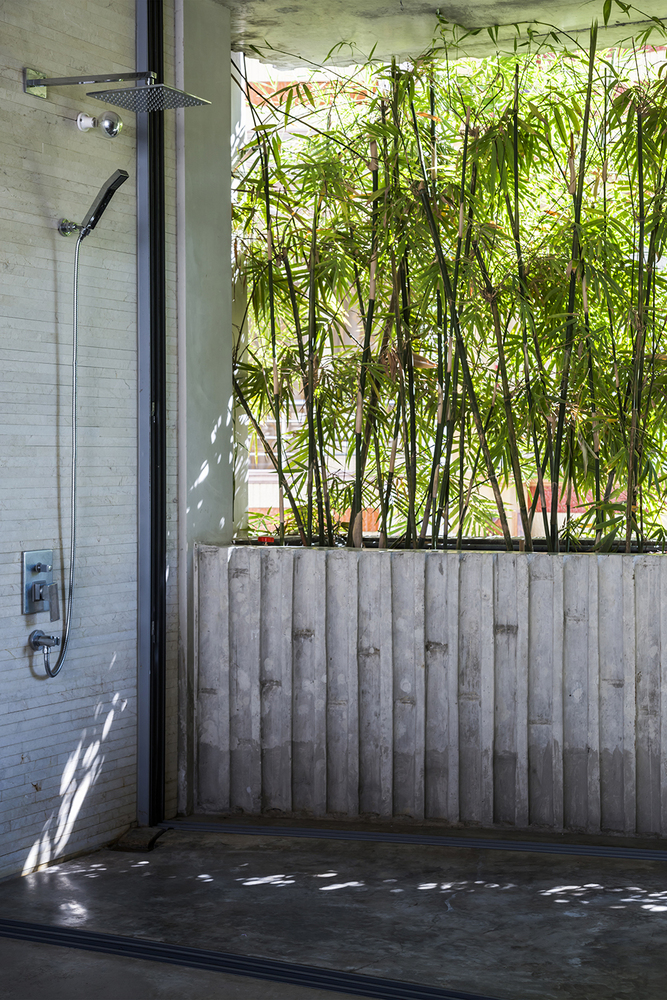 In addition to growing bamboo on the front facade, the concrete formwork is also made by using bamboo to allow a consistent design language. The bamboo texture also helps to reduce the intense and heavy appearance of conventional concrete wall and thus, improves the overall aesthetic quality of the house. 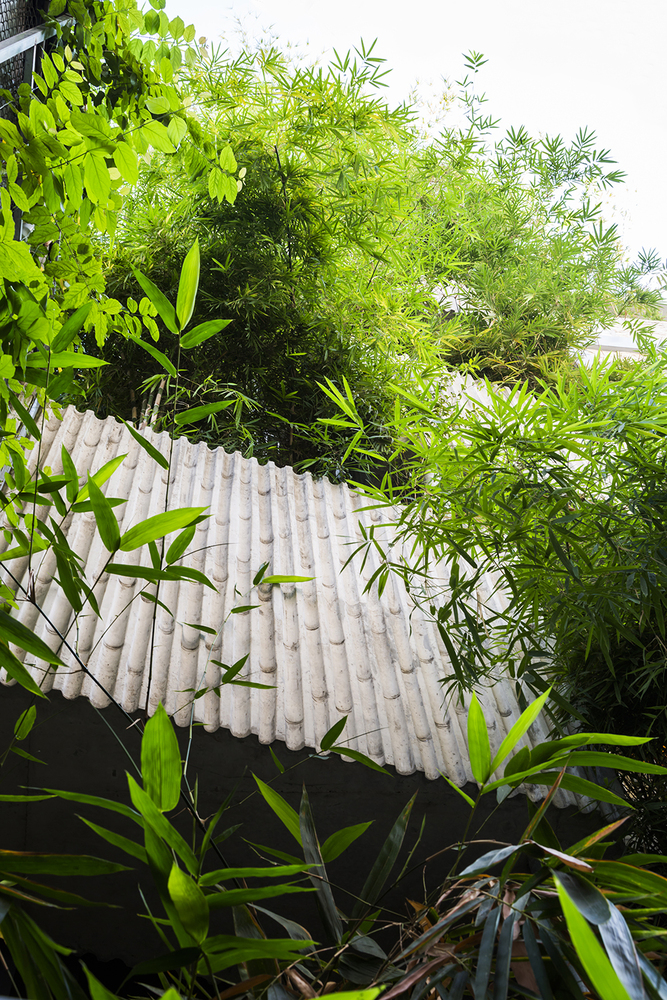 The client expresses, ‘I wake up to the sound of birds chirruping every morning, as the plantations attract them. My home feels like a jungle in the middle of a bustling city. The green spaces also keeps the house cool at all times, reducing the usage of air conditioner. The space also feels larger because of the large openings on 2 sides.’ 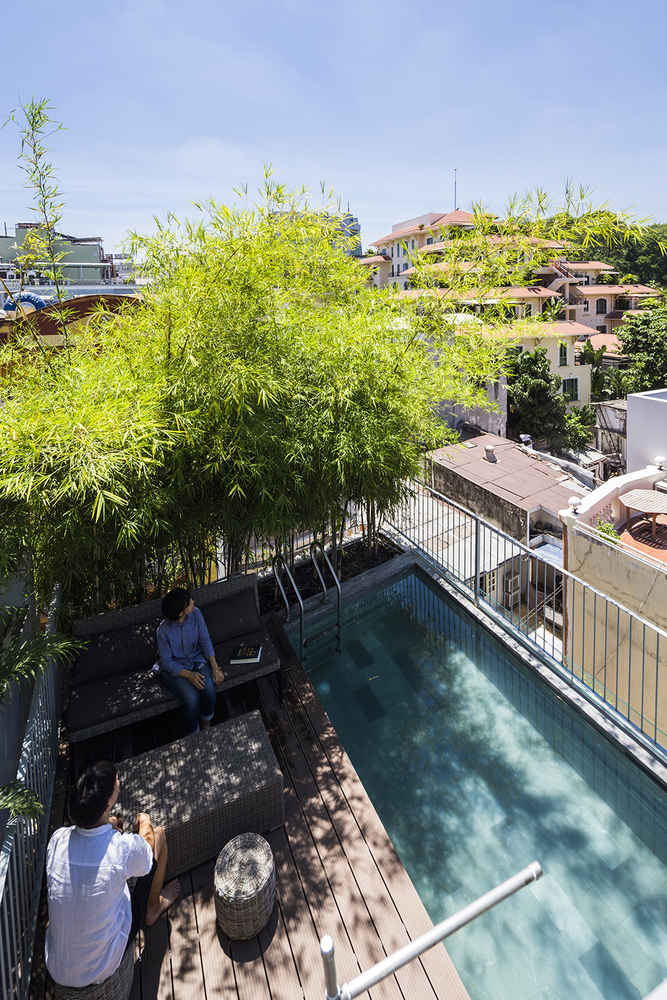 This project provides a solution to create a comfortable and open living space that is surrounded by green in a highly dense and small site. It not only meets the functional and aesthetic needs but also connects the people with one another and more importantly, with nature. 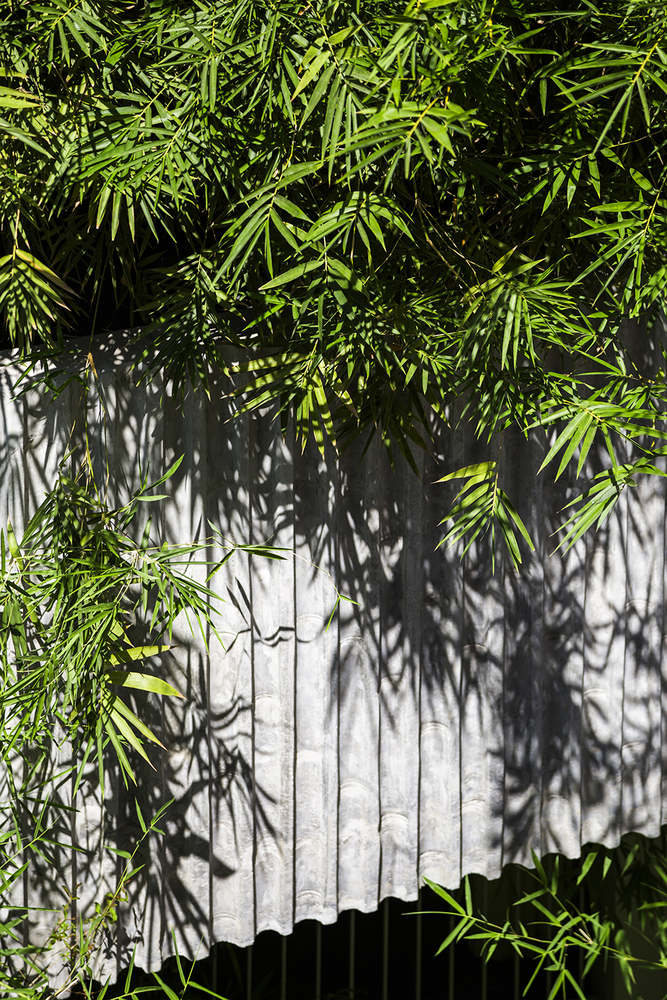 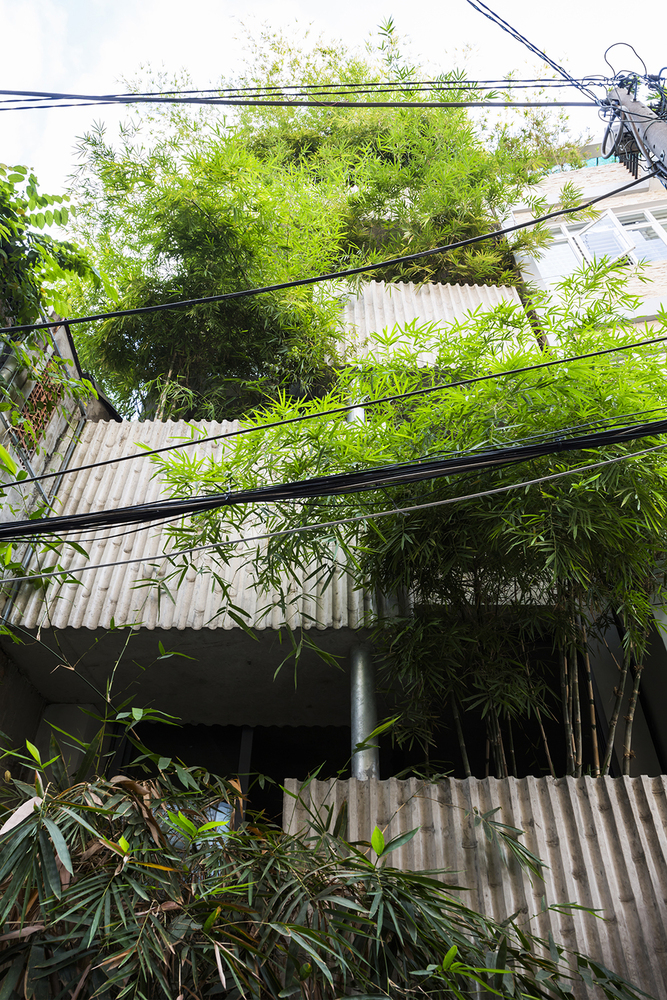 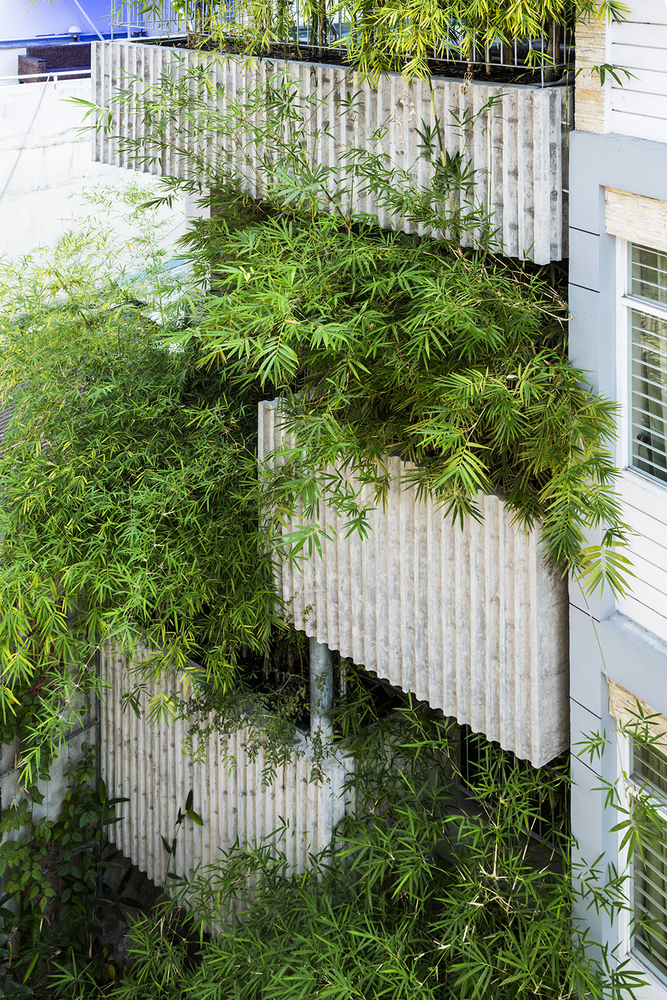 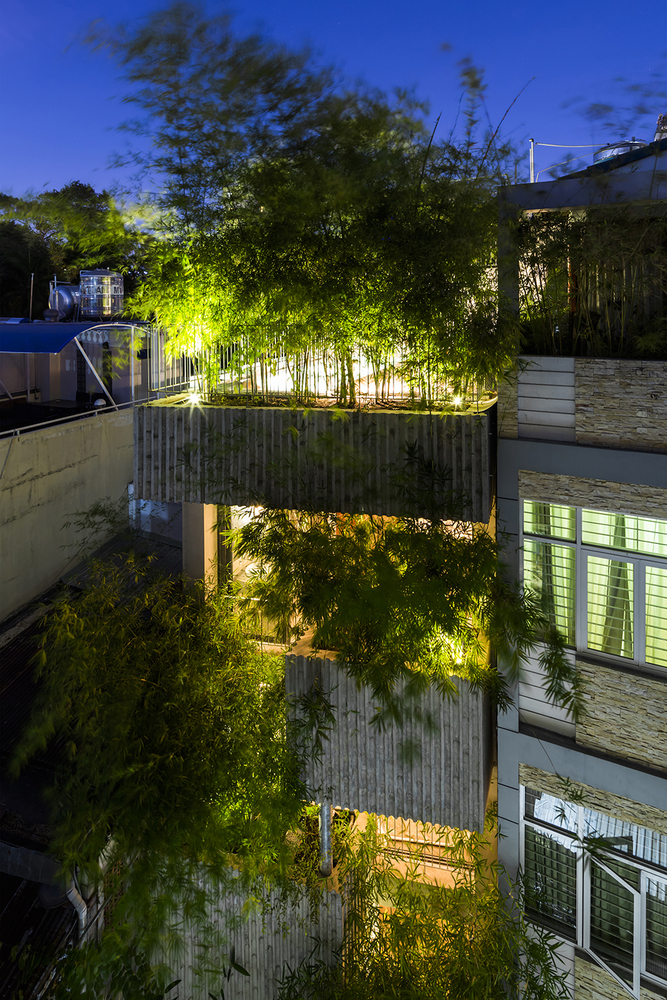 Previous
Lagos and Flood: 2 Sides of a Coin (A Thought Piece by Chuka Ihonor)

Next
Zoo Habitat 1 in Morocco by Oualalou+Choi