Into The Deep: The Songjiang Quarry Hotel in Shanghai by Jade+QA

The Songjiang Quarry Hotel, officially known as the Shimao Wonderland Intercontinental, is probably one of the “greenest” and most audacious hotel developments in recent history.

Its a bold idea that sees a multi-storey hotel complex nestled into a 90+ meter high rockface of an abandoned, water-filled quarry in the satellite town of Songjiang, 35km outside Shanghai. The intriguing futuristic concept was the winning entry from design and engineering consultancy Atkins for an international design competition back in August 2006. However, in 2013, Martin Jochman, the original concept designer at Atkins, signed a contract with the Chinese developer, Shimao, to complete the design and overview the project on site with his own company Quarry Associates (HK) Ltd and its design studio JADE+QA based in Shanghai. The unique and largely sustainable design was inspired by the stunning location and the natural environment of the rocky cliffs, waterfalls and surrounding hills, centering around the theme of water and with an intention to reflect the natural landscape of the quarry.

Currently under construction, the five star resort hotel, which is a part of the much larger Shimao Shanghai Themepark, will stand at over 20 storeys, 2 of which will be underwater, with another 2 above ground. The level above ground will be the main entrance level, featuring a conference facility for 1000 people, banqueting center and a series of restaurants with views of the quarry, the extensively landscaped surrounding areas and waterfalls. There will also be an extreme sports centre cantilevered over the quarry for activities such as rock climbing and bungee jumping and more.

The curved core the building is made up of 380+ guestrooms built into the side of the quarry, each enjoying balcony views of the 100m waterfall enclosed at the center of a vast internal atrium. The underwater areas, will include a restaurant, and underwater guest rooms both facing a 10m deep aquarium. The lowest level of the hotel will contain a leisure complex with a swimming pool and other water-based sports.

One of the major architectural design elements of the hotel has to be the glass-waterfall-facade, an imaginative, wavy glass curtain that mimics the natural waterfall adjacent to it, cascading seamlessly from an entrance above the quarry to its water filled base. It forms the central vertical circulation connecting the quarry base with the ground level.

The sustainability programme for the hotel is extensive. From passive solar design principles to an expansive green roof, to the use of geothermal and solar energy, the hotel will generate its own power, heating and lighting. The naturally-lit internal atrium will also incorporate the existing rock face, with its waterfalls and green vegetation while the aforementioned green roof will help the development blend seamlessly into the surrounding environment becoming a natural part of the local topography.

The total development cost is somewhere north of £345million and will be operated by Intercontinental as their flagship sport and leisure-oriented spa resort, with room rates said to be about $ 200 a night. Construction, which is progressing is scheduled to be complete by the end of 2016. 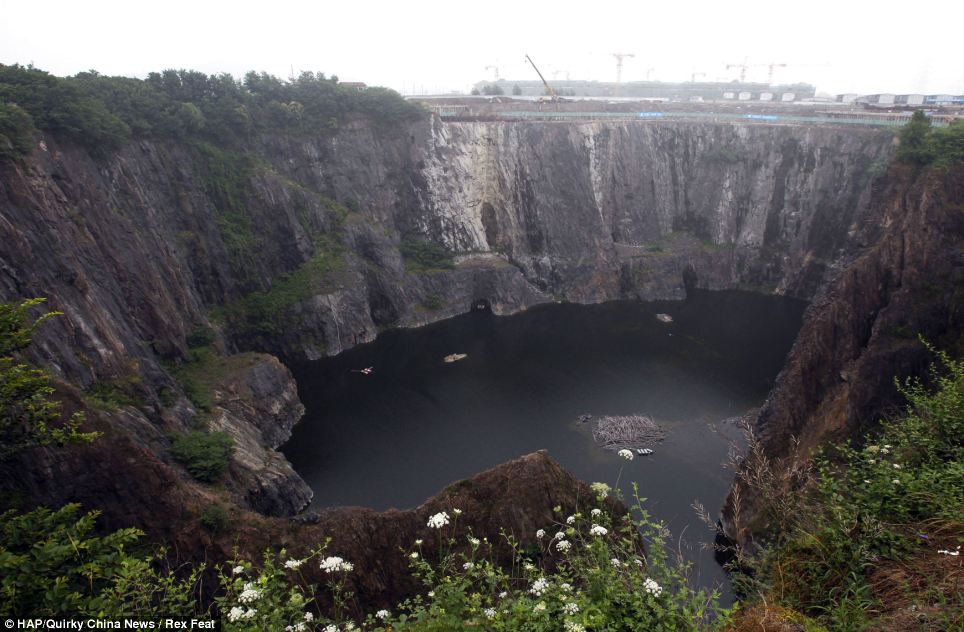 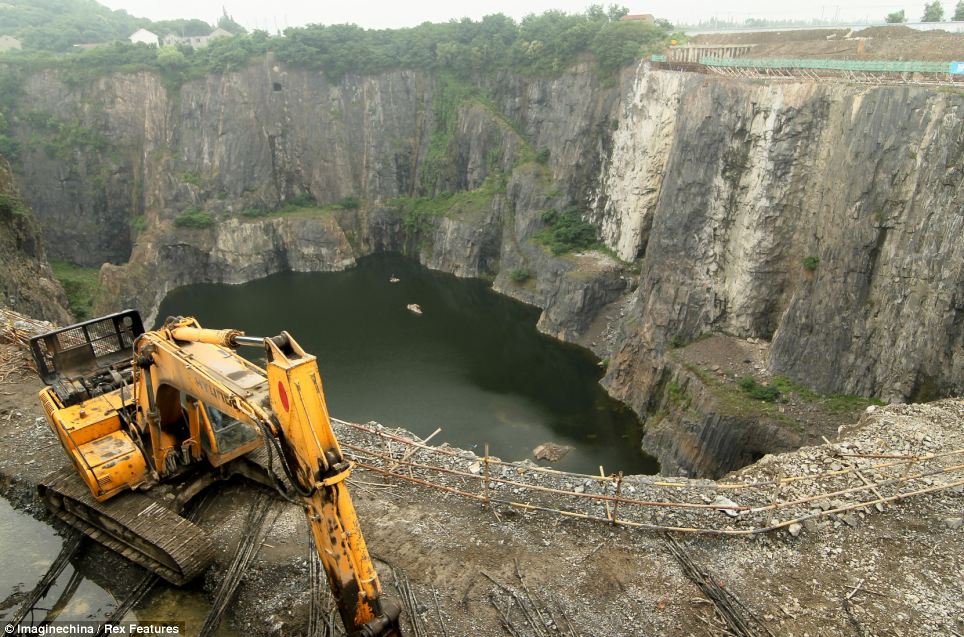 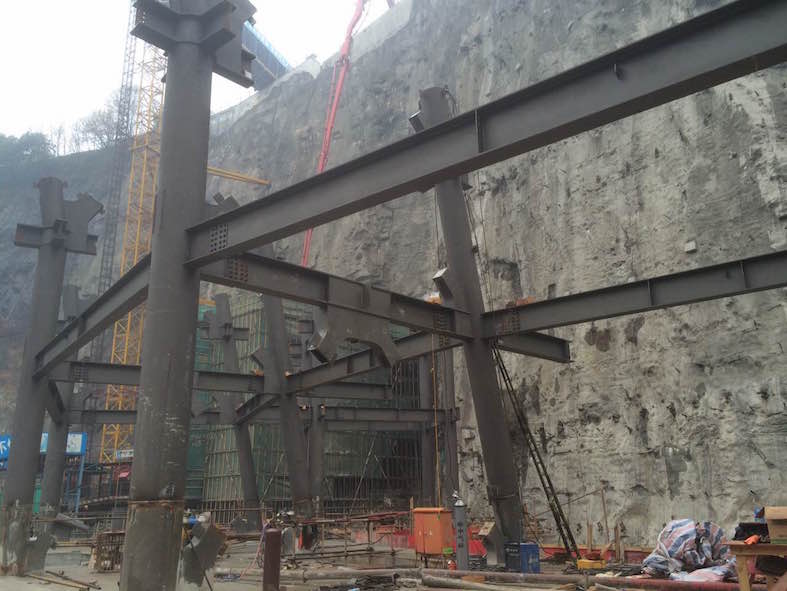 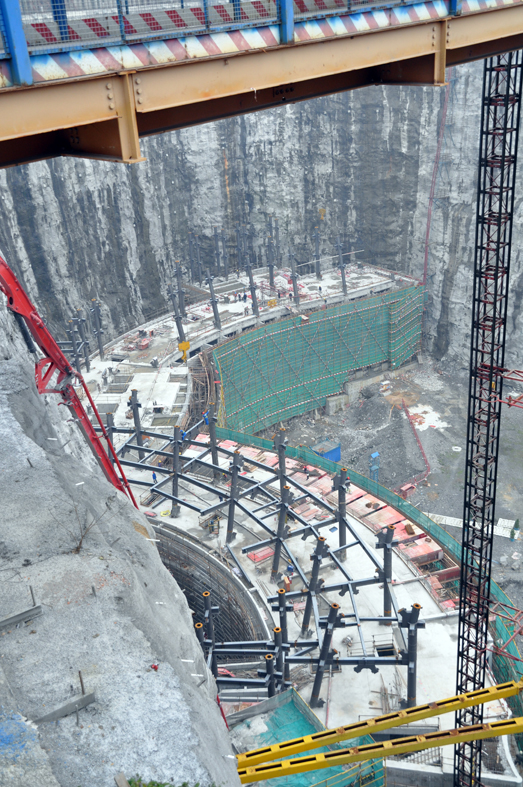 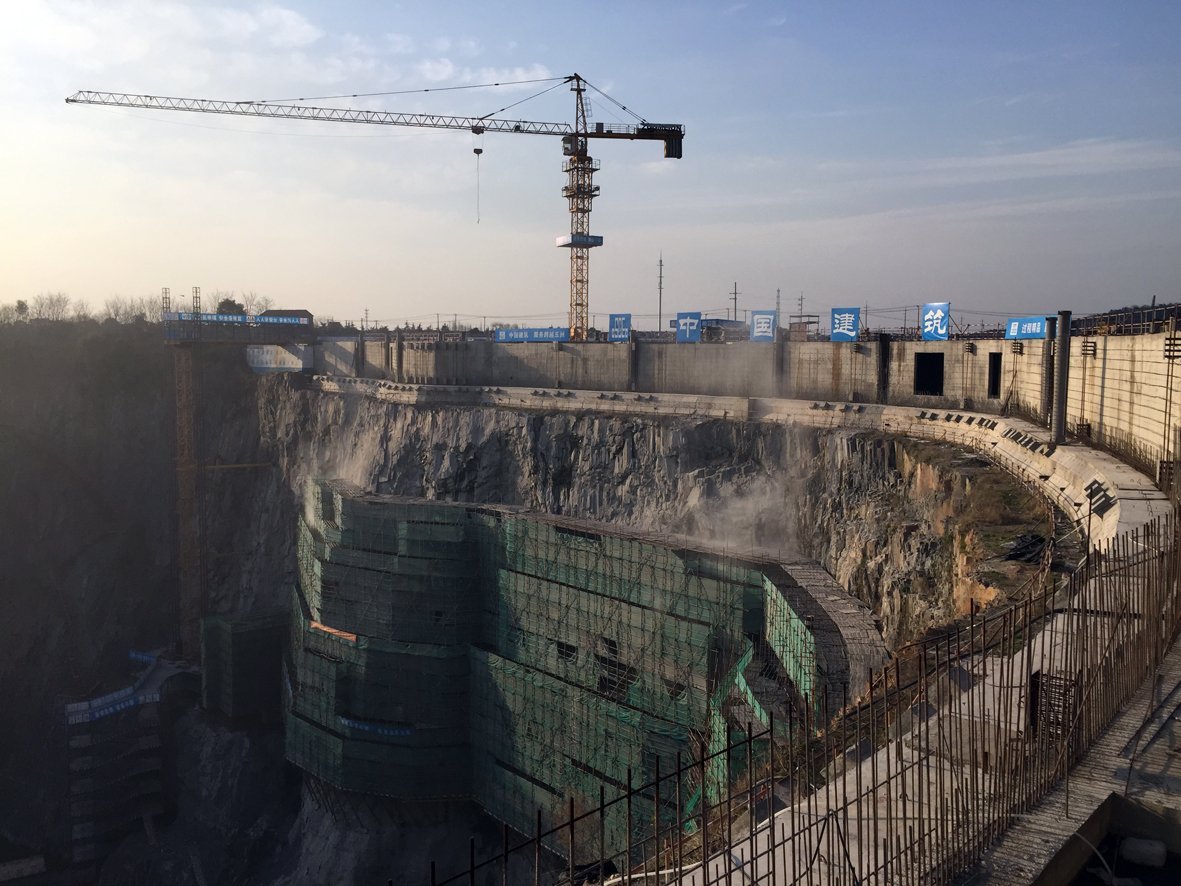 You can follow the construction progress directly from the concept designer, Martin Jochman’s twitter feed where he regularly posts images and updates.

Latest progress pics from the Quarry site – steelwork up to level -12 pic.twitter.com/36vS2Ft2C7

Next
The Sipopo Congress Center in Equitorial Guinea by Tabanlioglu Architects